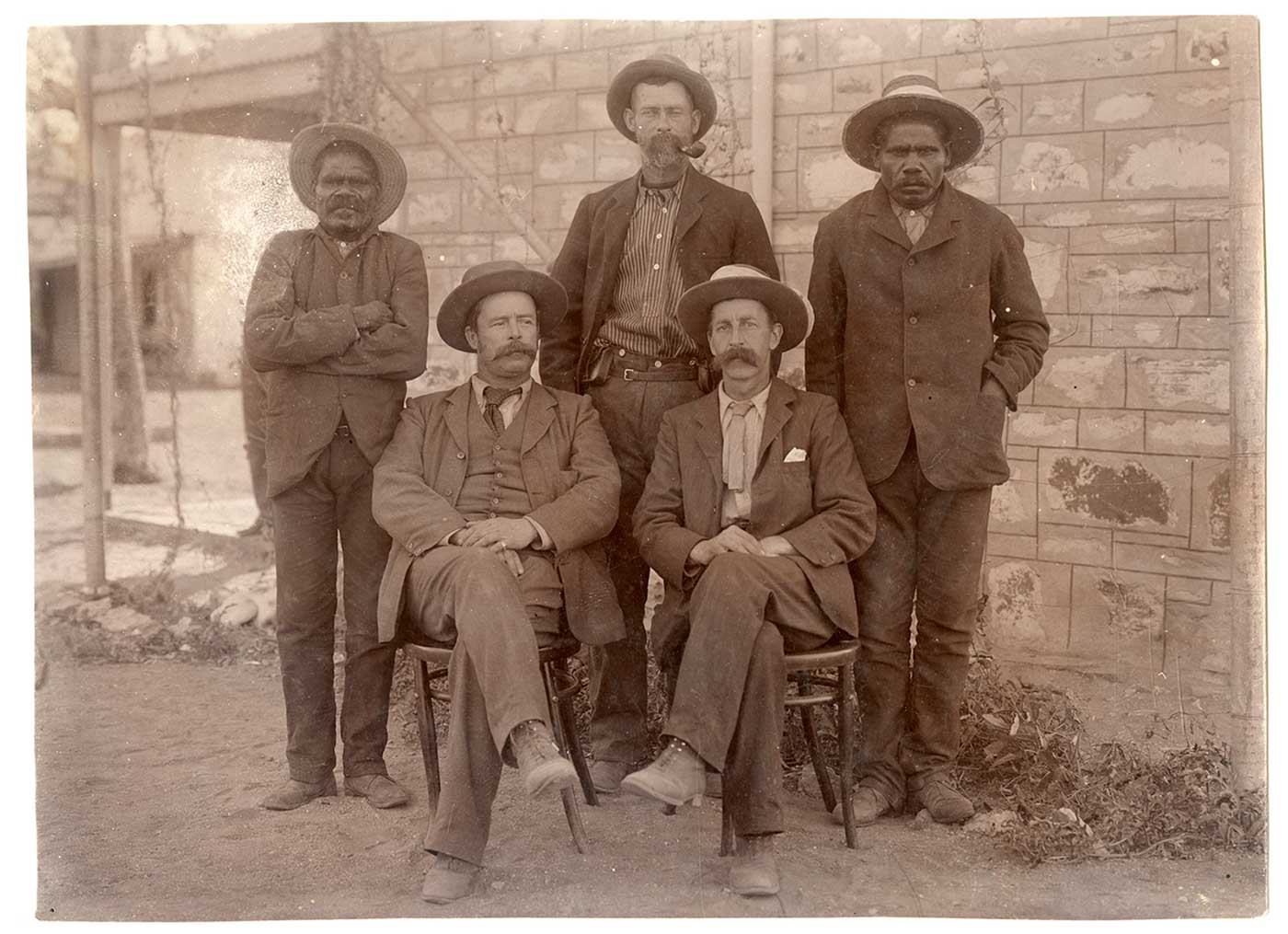 Spencer spent most of 1912 in the Northern Territory, where he acted as Special Commissioner and Protector of Aborigines. He also carried out extensive fieldwork and collected bark paintings that he later gave to the Museum of Victoria.

In his role as director of the National Museum of Victoria, Baldwin Spencer asked Paddy Cahill to commission several bark paintings from Gaagadju artists. In all, about 170 paintings were commissioned in this way between 1912 and 1922.

The works on show in Glorious Days were from the earliest consignment, and include classic ‘X-ray’ paintings collected in the region of the East and South Alligator rivers, Arnhem Land, in 1912. Animals like the tortoise and fish were a popular theme in the earliest paintings that Spencer and Cahill collected.

When Spencer collected this painting, he identified the subject as Warraguk, a spirit who walks around during the day searching for ‘sugarbag’ (honey) and rests at night, hanging like a bat from trees. This is one of the first paintings Spencer and Paddy Cahill collected in the country around Oenpelli (Gunbalanya) in 1912.

Spencer was one of the greatest early collectors of Aboriginal art. Yet his attitudes were complex, combining paternalism with a genuine fascination with Aboriginal culture.