Vegemite was invented in Melbourne in 1923 when an Australian food manufacturer requested a product similar to British Marmite. This spread made from brewer's yeast became a distinctively 'Australian food' despite being owned by an American company for several decades. Vegemite is carried around the world by Australians as a way to reaffirm their connection to home.

Australian take on a British product

Vegemite was initially slow to catch on but sales improved in 1930 when Walker secured the Australian rights to Kraft's processed cheese and co-marketed it with Vegemite.

In the 1950s and 60s, despite acquisition by the American company Kraft, Vegemite became a distinctively 'Australian' food. It featured in songs, on souvenirs and other popular culture ephemera. Vegemite returned to Australian ownership in 2017 when purchased by dairy company Bega. 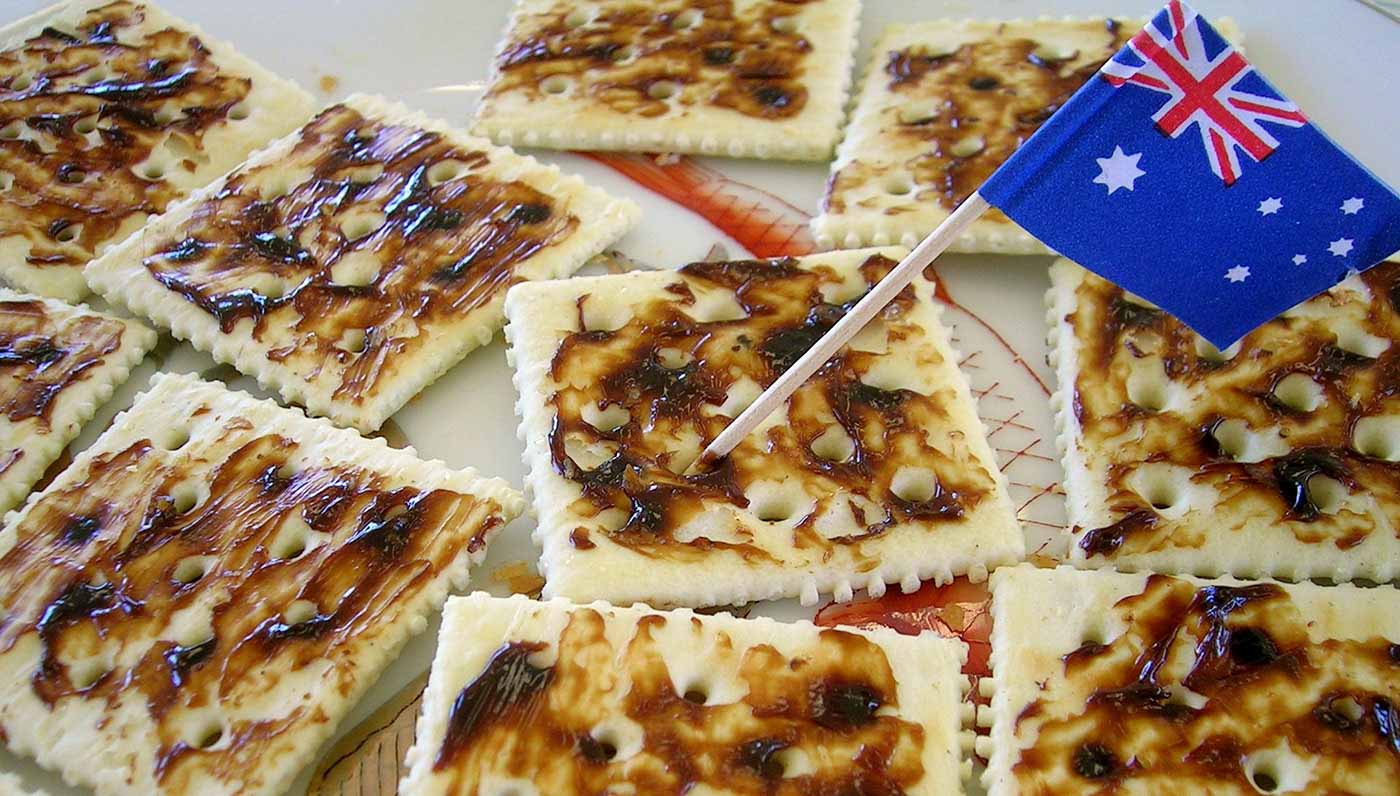 Vegemite on crackers, complete with the Australian flag

In the 1950s, Vegemite spoke of Australian vitality and innocence. Today it provides a connection back to seemingly simpler times and is symbolic of the reverence for the ordinary in Australian culture.

Prime Minister Kevin Rudd tapped into this when he declared in the 2007 election campaign that he was a 'toast and Vegemite sort of guy'.

Vegemite's links to nostalgia are evident in contemporary advertising campaigns, which often hark back to the original 'happy little Vegemites' ad of the 1950s.

Jar of VegemiteUnopened 175 gram jar of Vegemite. It has a yellow plastic lid, and a yellow, red, white and black label.