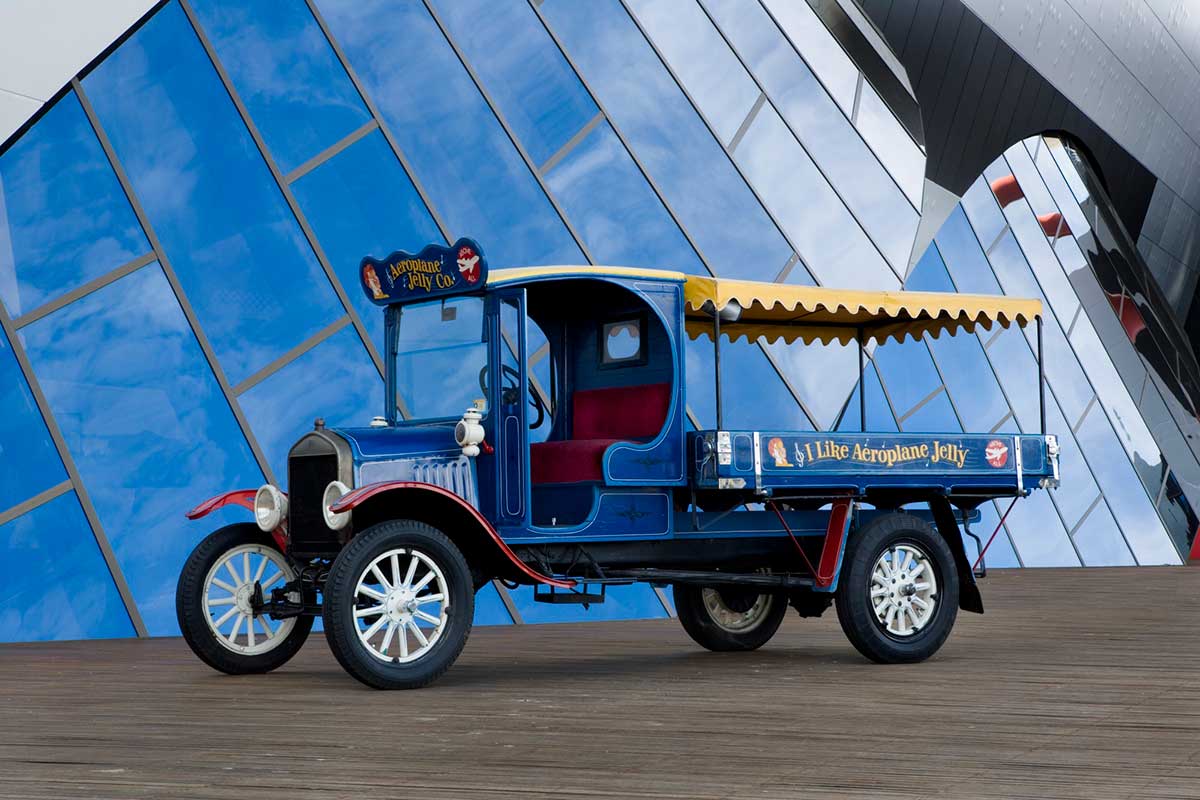 Aeroplane Jelly began in 1927 after Sydney tram driver Bert Appleroth had success selling jelly crystals first made in a bathtub.

This small backyard operation had evolved into one of Australia's largest family-operated food manufacturers when it was sold to McCormick Foods Australia in 1995. 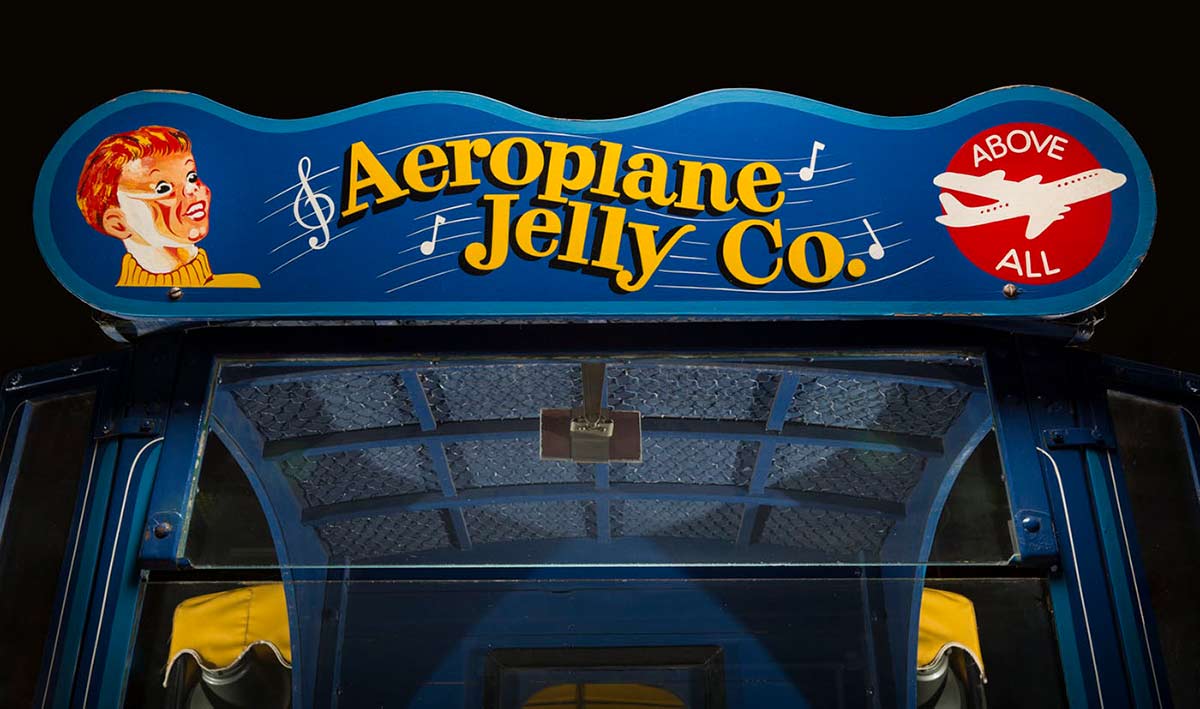 Adolphus Herbert 'Bert' Appleroth (1886–1952) was working as a tram driver in Sydney when he began experimenting with the production of jelly crystals in about 1905. The sugar and gelatine were mixed in the bathtub of his parent's house in Paddington. Appleroth then sold and delivered the crystals door to door.

In 1926 Appleroth formed a partnership with Albert Francis Lenertz, who owned a wholesale grocery and spirits business. The Traders Ltd partnership marketed the jelly crystals under the name 'De-Luxe'.

The following year they re-launched the product as 'Aeroplane Jelly' – a name that sought to tap into the excitement and glamour of modern aviation.

Appleroth created the company's trademark 'Above All' but it was Lenertz who wrote the words and music to the Aeroplane Jelly song that became Australia's longest-running advertising jingle. Lenertz left the company in 1934 but the Appleroth family continued the business through three generations.

By the mid-1980s the company was producing about 35 million packets of jelly crystals a year and controlled about half the Australian market, with an estimated value of $15 million.

Few advertising jingles in Australia are as widely known or as long-lived as the Aeroplane Jelly song, penned by Albert Lenertz in 1930. He originally wrote the piece as a political tribute to Australian Prime Minister William Morris Hughes. It featured lines such as 'Folk in the city and folk on the plain, Billy's great deeds for our land can acclaim'.

The song had a far greater impact in its second iteration as the Aeroplane Jelly jingle. The tune has become as much a part of Australian folklore as the FJ Holden, lamingtons and vegemite. An example of what we now call 'saturation advertising', in the 1940s the song is said to have been broadcast on radio more than 100 times a day.

The song was initially recorded by child imitator Amy Rochelle in about 1930. In 1938 it was re-recorded by five-year-old Joy King, chosen as the result of a competition. Tommy Dawes was runner-up in the competition and a likeness of his face appeared on Aeroplane Jelly's packaging as the 'whistling boy' for many years. 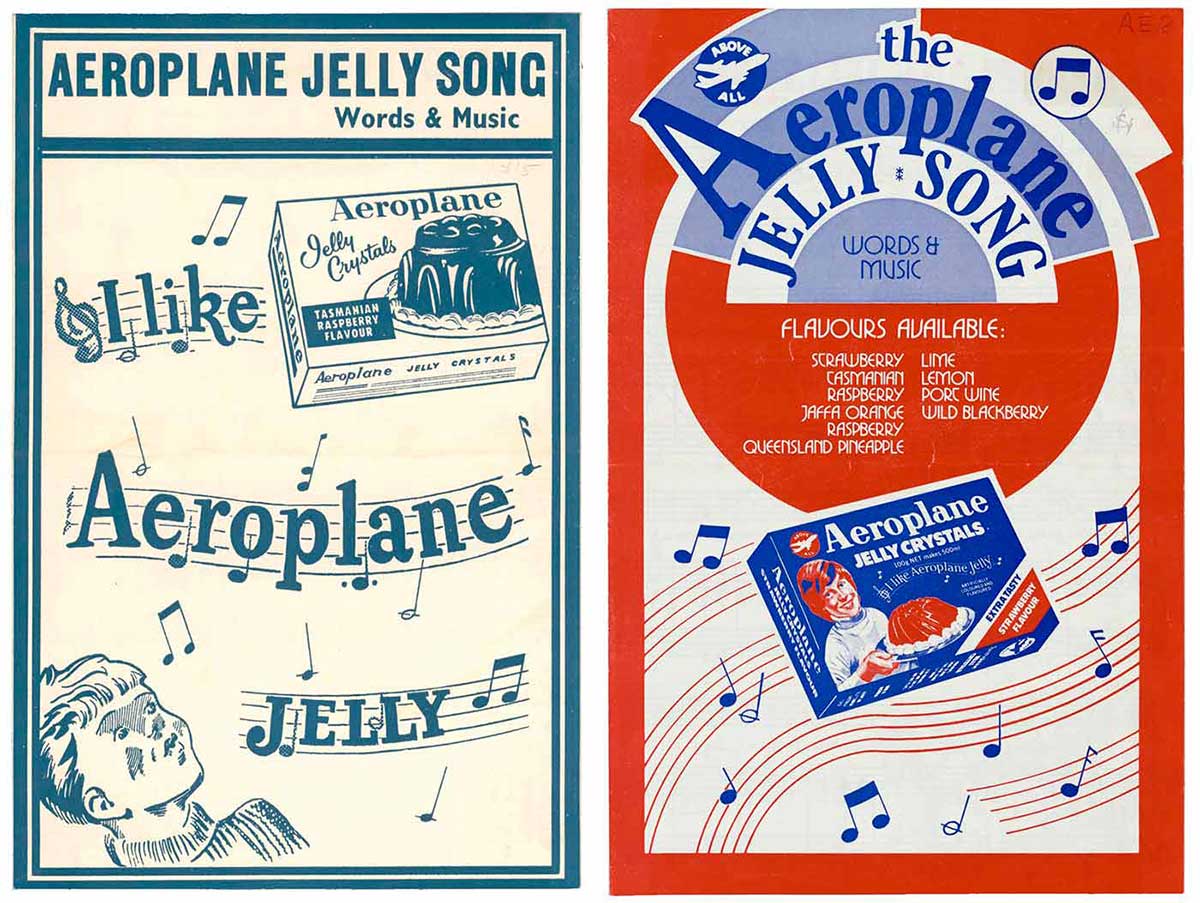 I’ve got a song that won’t take very long,
And a good sort of note if I strike it.
It is something we eat, and I think it’s quite sweet,
And I know you are going to like it.

Appleroth had many innovative ideas for promotional and marketing schemes. In 1934, the company chartered a Tiger Moth biplane, had it painted with the Aeroplane Jelly logo and delivered their product to rural areas. The company sponsored broadcasts from Goulburn gaol in the late 1940s that ended with a rowdy cry from prisoners to 'buy Aeroplane Jelly'.

By the late 1940s the company was investing about £13,000 in advertising each year. These advertising tactics proved to be highly successful. By 1949 annual turnover was about £170,000.

The company created a new mascot for its product. Bertie the Aeroplane, named after Appleroth, in the 1940s. Bertie featured on packaging and in a range of popular cinema advertisements. 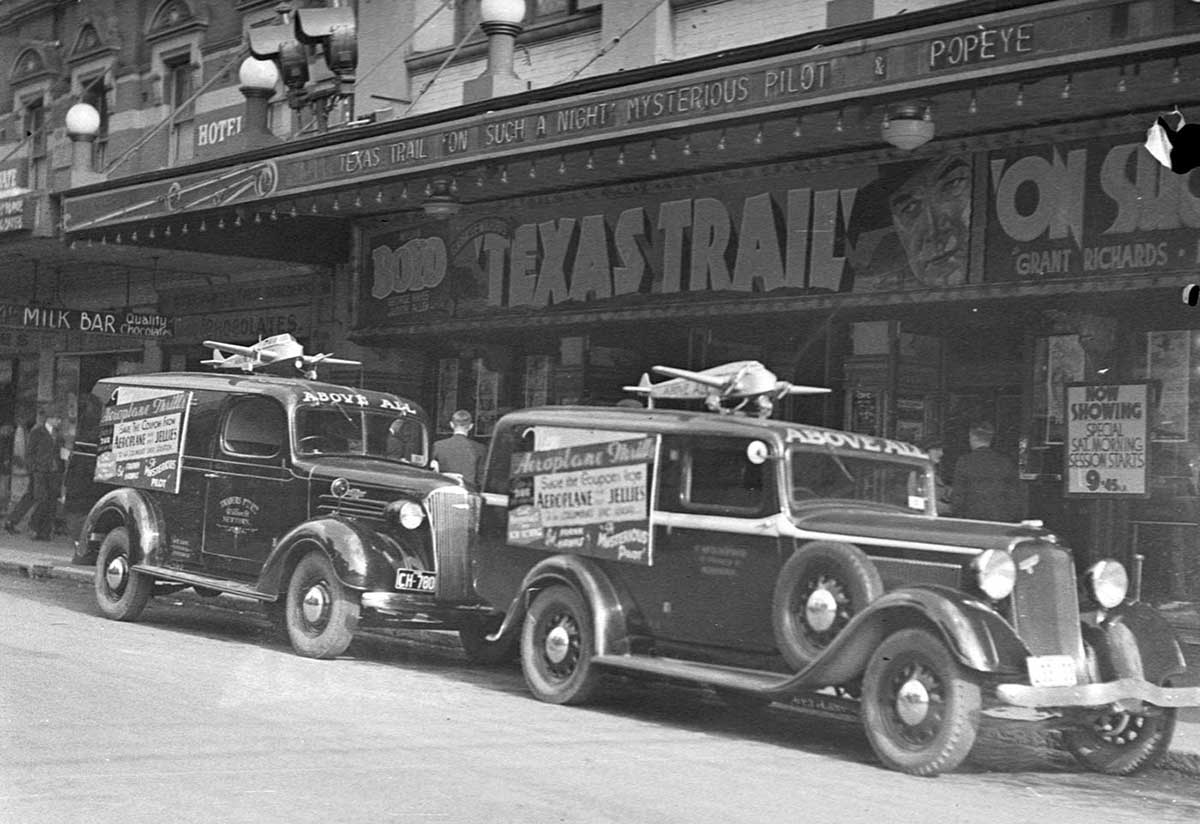 Appleroth died in 1952, but the company continued to promote its product in fun and inventive ways.

In 1978 Appleroth's grandson, Bert III, sponsored the Aeroplane Jelly Air Race from Brisbane to Sydney as part of the commemoration of Charles Kingsford Smith's trans-Pacific flight. Another unusual promotional stunt involved 35 people diving into a pool filled with 35,000 litres of watermelon-flavoured jelly.

Throughout the company's history a range of promotional vehicles were used to carry Aeroplane Jelly slogans and products across the country.

This truck was used to promote Aeroplane Jelly from 1978 to 1988. Emblazoned with logos and loudly broadcasting the Aeroplane Jelly jingle, it was a common sight at food fairs and other promotional events throughout the 1980s.

The truck was on show at the Canberra Airport in 2015.

TT-Model Ford Truck, used to promote Aeroplane JellyA refurbished right-hand drive Ford Model TT light truck. The engine cowling, cabin and tray are painted dark blue with decorative light blue border stripes, the mudguards are red, the spoked wheels and lights are white, and it has a yellow roof. A yellow cloth canopy that does not have side panels sits on top of an elevated fra...