The Busy Bee Cafe collection celebrates a part of Australian cultural and culinary history that was once a familiar presence across eastern Australia.

The Busy Bee Cafe in Gunnedah, New South Wales, was run for many years by Greek migrant Lambros Zantiotis and his family. 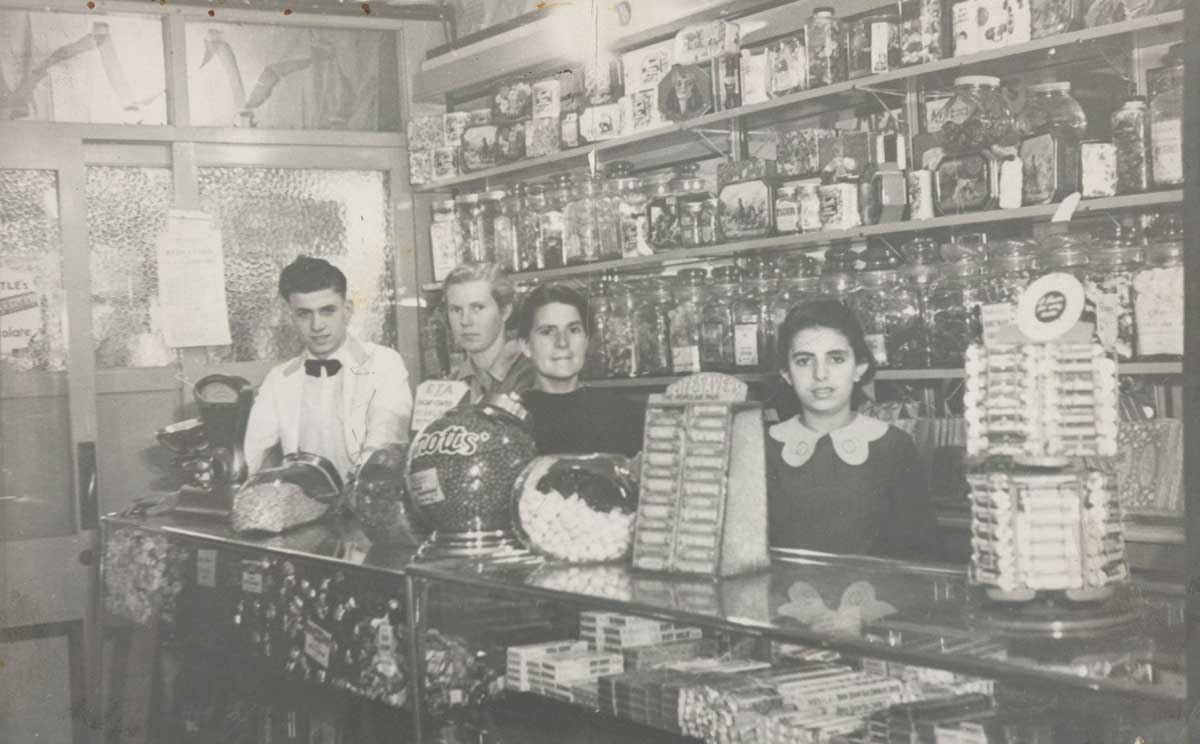 Establishments like the Busy Bee became known as ‘Greek cafes' due to the nationality of the owners, though Greek food was rarely on the menu. Instead, Australian customers were offered familiar food such as steak and chips and more exotic fare like American-style ice-cream sodas.

The next American food invasion, that of fast-food restaurants, contributed to the demise of the Greek cafe.

Migration from Greece to Australia

In the 1920s, Lambros Zantiotis owned a restaurant on the island of Evia, north of Athens. When the business failed he migrated to Australia.

Zantiotis arrived in Sydney in March 1928. He left his wife and four children in Greece until he could afford to pay their fares to Australia.

Zantiotis worked at a Greek cafe in Gosford, New South Wales, before moving north-west to Gunnedah, where he bought the Busy Bee Cafe, in 1933. The Busy Bee was established in the 1920s and became a popular meeting place for Gunnedah locals and visitors.

Zantiotis's son, Peter, arrived in 1936. Two years later, his wife Anastasia and daughter Anna joined him. The family was reunited in 1948, when daughters Kaliopi and Evangelina arrived in Australia. 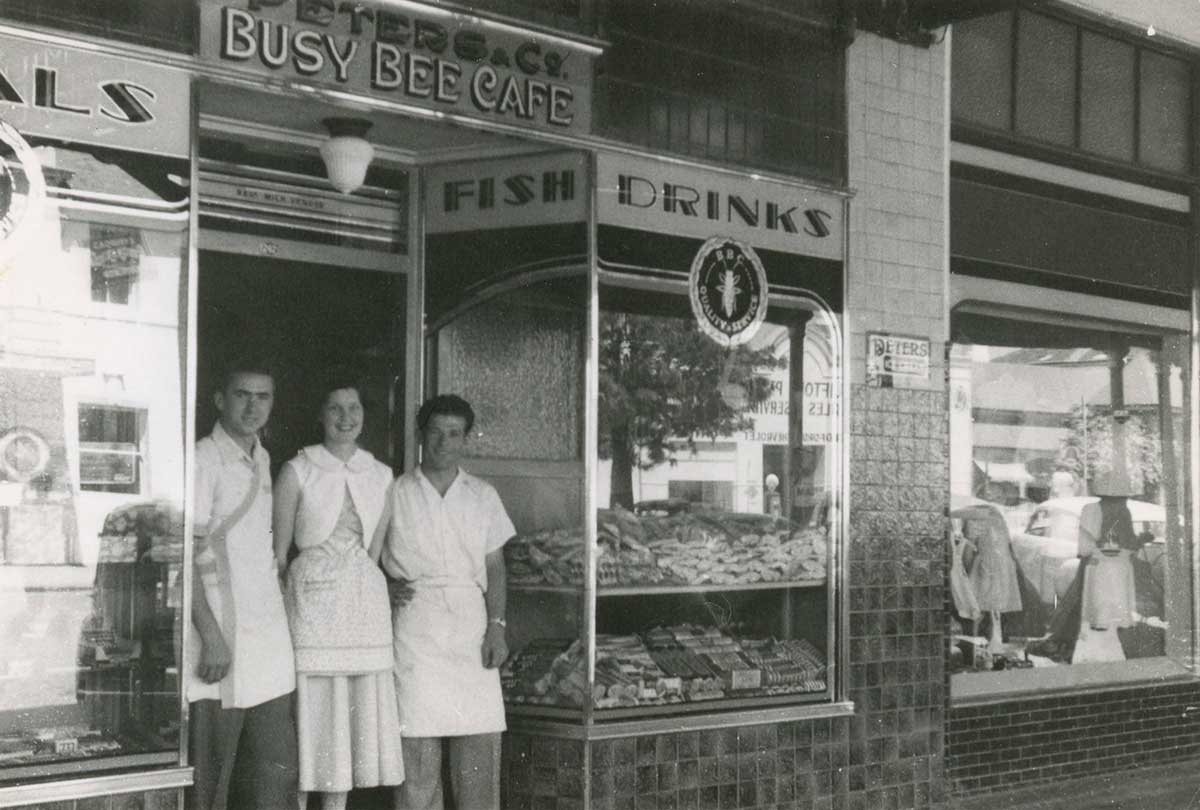 Staff at the entrance to the Busy Bee Cafe, 1950s

Meet you at the Greek

Extended opening hours, good food and good service were key to the longevity and popularity of Greek cafes in Australia.

The Zantiotis family welcomed customers from 7am to 11.30pm, every day of the week. Lambros Zantiotis had experience as chef in Greece but the Busy Bee menu offered steak and chips, omelettes or baked beans on toast rather than souvlaki or baklava. Greek cafes also introduced American-style sodas and sundaes to the Australian public.

Cafes named Paragon or Olympia acknowledged the owner’s country of birth. More often the American influence was evident, with names such as Niagara, Monterey and California. Many were fitted out in the Art Deco style, sometimes referred to as the ‘Hollywood’ style, portraying an image of chic modernity.

In the 1930s Lambros Zantiotis commissioned Stephen Varvaressos to update the Busy Bee Cafe interior. A carpenter by trade, Varvaressos arrived in Australia from Greece in 1924. He first worked as a kitchen hand in Greek cafes but soon realised there was good money to be made as a shopfitter and interior designer.

Many of the fixtures and fittings installed by Varvaressos remained intact until the Busy Bee was dismantled in mid-2009.

From Kythera to Australia

Prior to the Second World War, most Greek migrants arrived in Sydney – many of them from the island of Kythera. Like the Zantiotis family, a pattern of chain migration emerged as the successful migrants sponsored their immediate and extended family members to travel to Australia to work in the family business.

Self-employment, or employment by a family member, did not require qualifications or particularly good English. Unregulated by industry or trade union restrictions, cafe employees worked long hours for low wages, but also received food, board and community support. In time, some would become partners in the business or branch out into nearby towns, opening more cafes. Others studied or moved away to bigger cities.

At the height of their popularity, Greek cafes could be found across Australia, especially in regional New South Wales, Queensland and Victoria. The Busy Bee prospered under the management of several generations of the Zantiotis family.

Lambros Zantiotis died suddenly in 1953 and his son Peter took over the cafe, running it with his wife, Loula, until his death in 1996. Loula carried on the family business for another decade until time and changing fortunes forced her to close the Busy Bee. The cafe closed in 2004.

In 2010 the National Museum of Australia acquired several hundred objects from the Busy Bee Cafe. This included a juicer, hot drink dispenser, crockery, glasses, milkshake containers and tea pots, many engraved or embossed with the Busy Bee name and logo.

The collection also includes furnishings such as tables, chairs, wall lamps and mirrors, along with signs, menus and ledgers containing staff records and details of orders from suppliers.

Part of the Busy Bee Cafe collection was on show in the Museum's Australian Journeys gallery. The Museum also hosted the exhibition Selling an American Dream: Australia’s Greek Cafe in 2008.