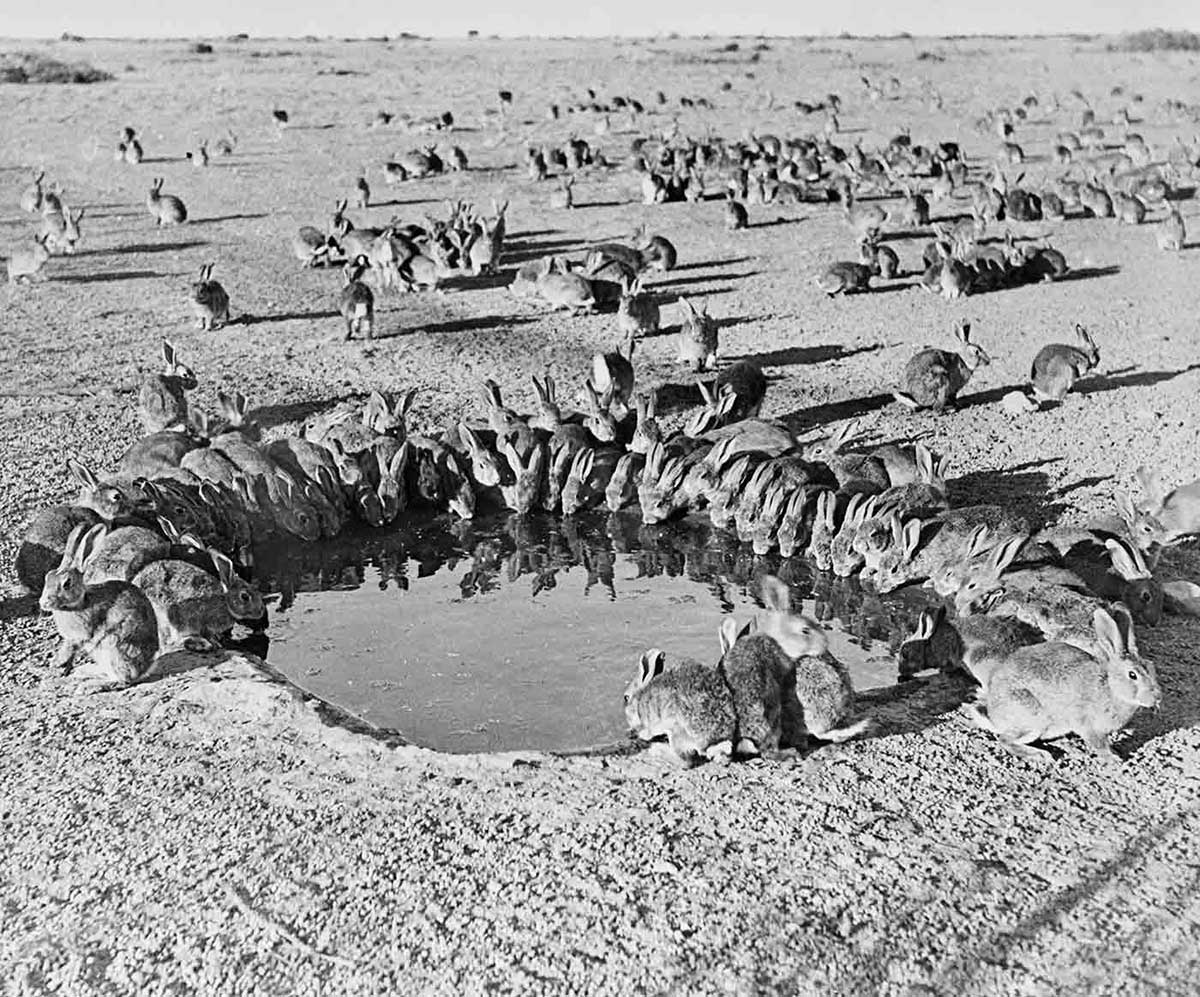 In 1859 European wild rabbits were introduced into Australia so they could be hunted for sport.

Within 50 years rabbits had spread across almost the entire continent, with devastating implications for Australia’s indigenous flora and fauna.

The proliferation of rabbits was the fastest of an introduced mammal anywhere in the world. Australia is home to at least 150 million feral rabbits, which continue to have a huge impact on our environment.

Dr Brian Coman, author of Tooth and Nail: The Story of the Rabbit in Australia:

The rabbit has, in various times and places, been a treasured pet, a commercial farm animal, a valued subject of the hunt, a major ecological force and an economic pest … In Australia, the rabbit has survived drought, fire, flood, diseases, predators, poisons and other stratagems devised by man and remains this country’s most serious vertebrate pest.

On Christmas day 1859 Thomas Austin, a self-made wealthy settler, released 13 European wild rabbits on his estate, Winchelsea, Barwon Park, Victoria. They had been specially collected and sent to him by a relative in England.

However, this was not the first diffusion of rabbits on the continent. Andrew Miller, commissary for the First Fleet, listed five rabbits on the initial transport. They were probably silver greys, a popular breed for hutch rearing in England at the time. But they were never released into the wild.

The results of the release of the European wild rabbits at Winchelsea was quickly apparent. By 1866 hunters bagged 14,000 rabbits on the Bawron Park estate. With abundant food sources, good ground cover and a lack of predators, the rabbits raced across the landscape.

By 1880 rabbits had crossed the Murray River to New South Wales and had reached Queensland by 1886. In 1894 they had traversed the Nullarbor and populated Western Australia.

To put the dissemination into context, the spread of rabbits over Britain took 700 years while the colonisation of two-thirds of Australia, an area 25 times the size of Britain, took only 50 years. The rate of spread of the rabbit in Australia was the fastest of a colonising mammal anywhere in the world. 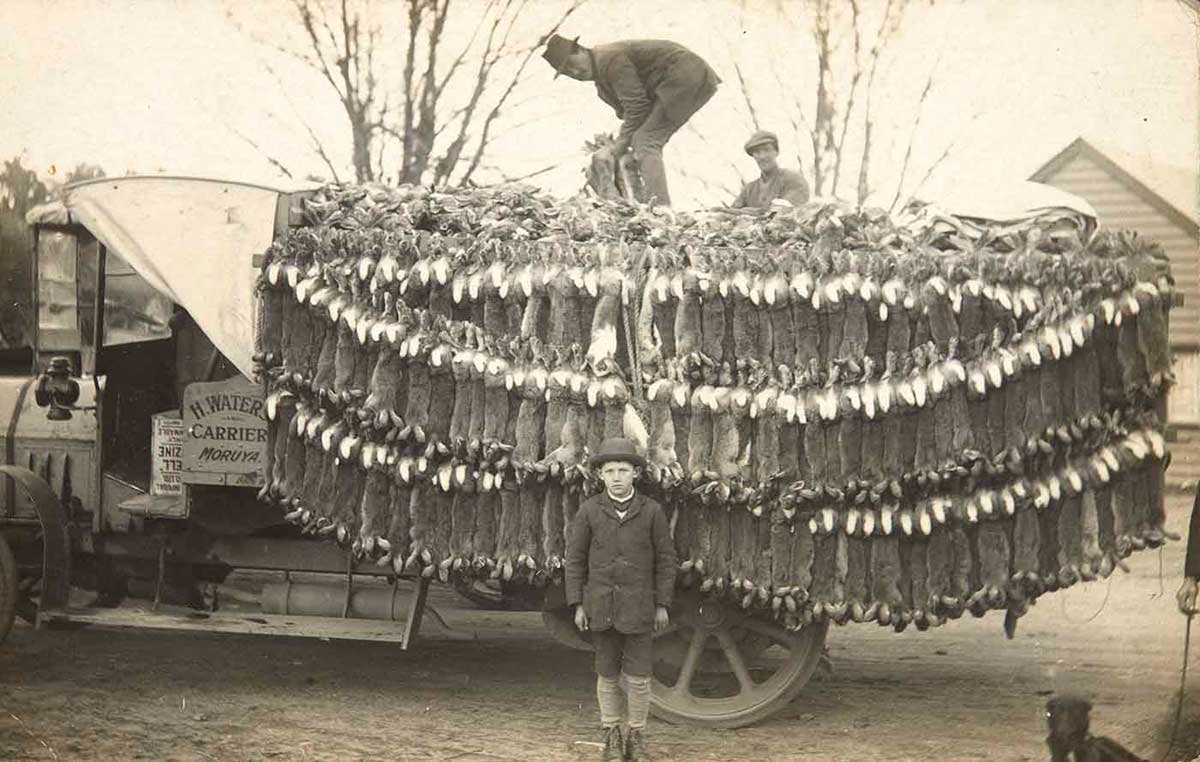 Throughout the 19th and 20th centuries, different methods of rabbit control were tried, including trapping, rabbit warren ripping, fumigation and bounty systems. However, the most visible control method was fencing.

Fences became an integral component of what settlers in the late 19th century began to see as a war against the rabbits. The first extensive fences were built in central New South Wales and the initial success of private fencing encouraged state governments to construct even longer ones.

Between 1885 and 1890 demand for wire netting increased from 1600 to 9600 kilometres per year. It is estimated that by the height of the fence construction boom there were 320,000 kilometres of rabbit-proof fence across Australia.

The most iconic barrier was the rabbit-proof fence built between 1901 and 1907 that extended 3256 kilometres north to south across Western Australia. 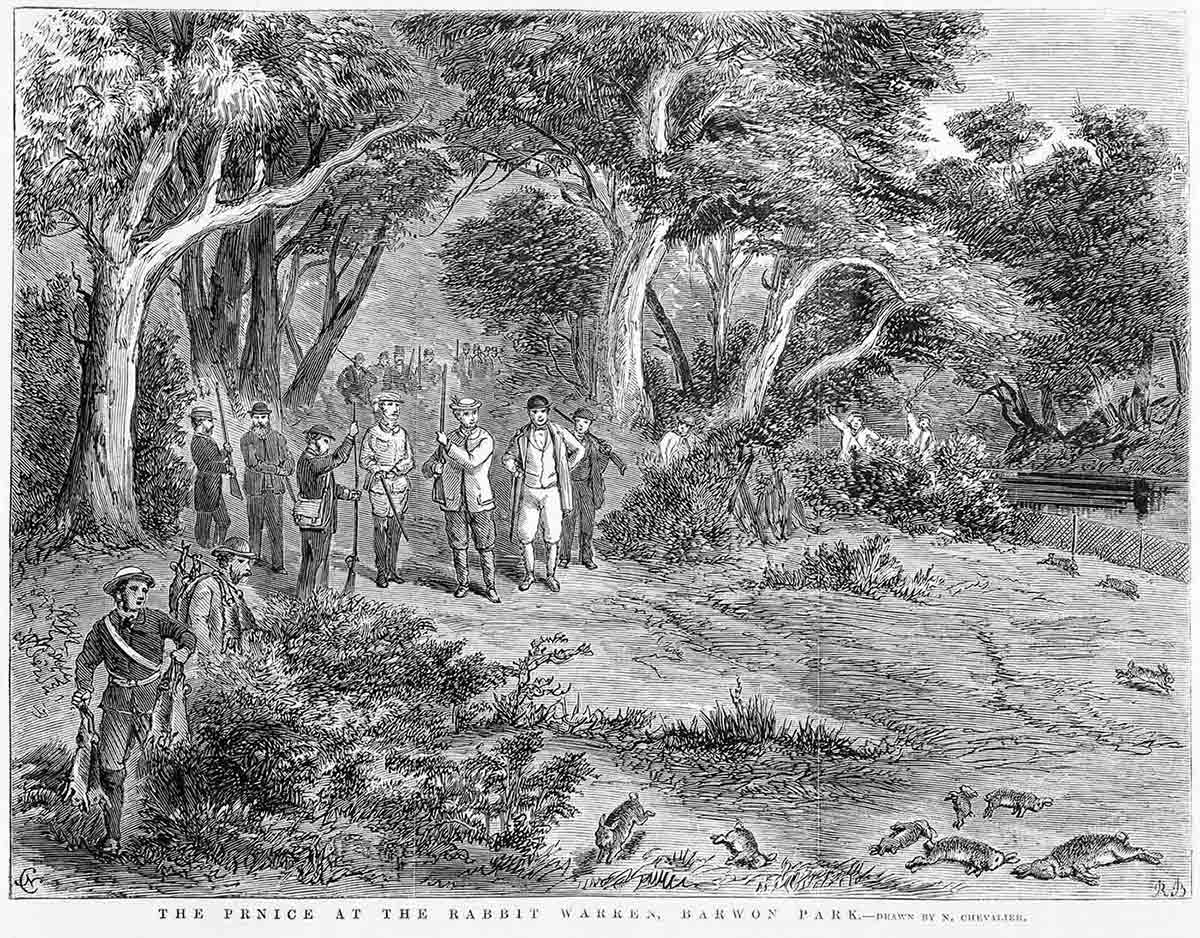 The Duke of Edinburgh shooting rabbits in Barwon Park, Victoria by N Chevalier

However, the Western Australian fence, like almost all the very long government-sponsored fences, was unsuccessful for a number of reasons. It was completed after the rabbits had already crossed into the state, and the constant deterioration of the fence meant there was almost always somewhere the rabbits could cross.

By the late 1940s the rabbit population had rapidly increased to 600 million. This was due to a number of high rainfall years with subsequent good harvests, as well as the Second World War, which had reduced manpower for trapping and fence maintenance.

Though rabbits were a scourge, they were also a free source of meat in lean years. During the 1930s Depression many people shot or trapped rabbits for food, or even became rabbitohs – itinerant rabbit-sellers. 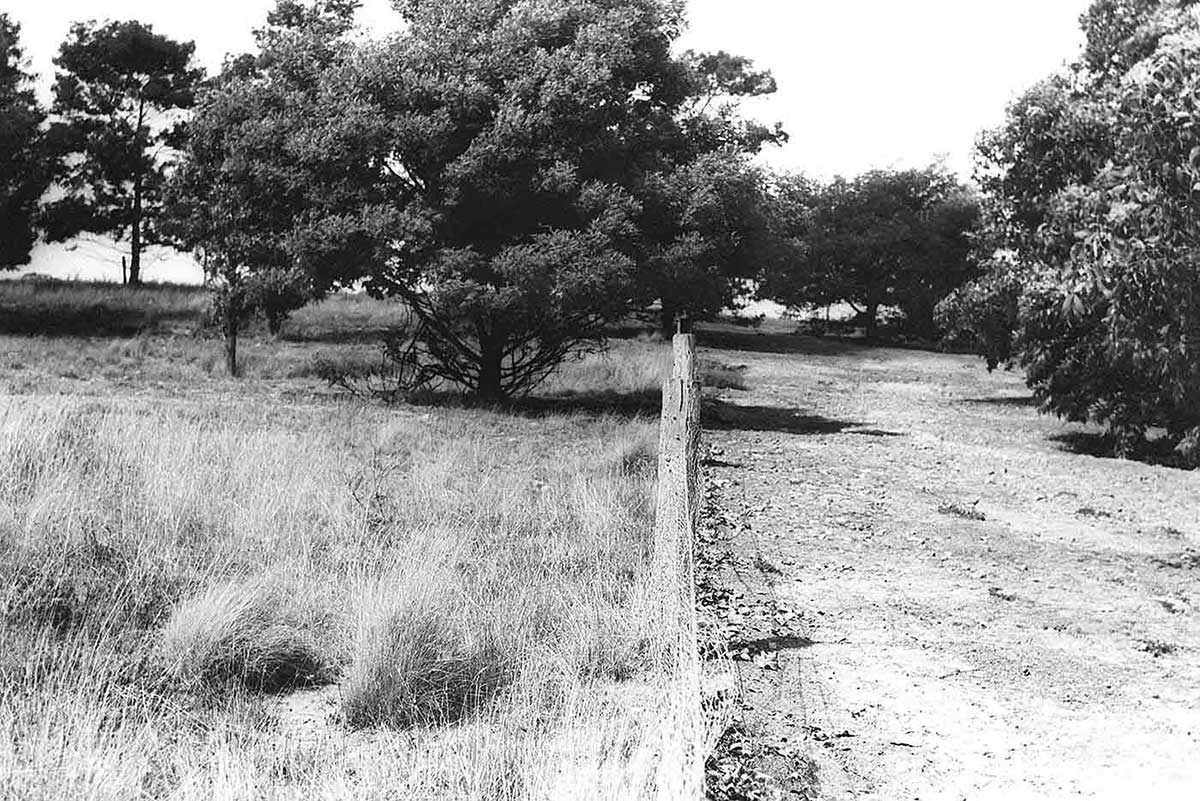 Initial tests on myxomatosis, a rabbit-specific virus, that took place in 1943 before had been inconclusive. However, in the years following the war, farmers were being eaten off their land by rabbits and public pressure increased to find a solution. Trials restarted on myxomatosis in 1950.

Initially the new trials, conducted on the Murray River in Victoria by the newly formed CSIRO, looked to be a failure but rains in December 1950 produced more mosquitoes, the vector that spread the virus, and the disease spread with incredible speed.

The scientists who witnessed it were shocked, as the renowned microbiologist Frank Fenner said: ‘… for scale and speed [the myxomatosis epidemic] must be without parallel in the history of infections’.

It is ironic that an animal that thrived better than any other introduced mammal in the world was now dying out at record speed.

However, rabbits began developing a resistance to myxomatosis, just as they later did to the calicivirus, which was released in 1995. Their numbers are now on the rise again in Australia.

The effect of rabbits on the environment has been catastrophic. Rabbits can survive on almost any plant matter: shoots, herbs, grasses, grains, leaf buds.

The long-term result of rapidly reproducing rabbits is overgrazing by an extremely large population, which can lead to a collapse of indigenous plants and the native animal species that eat them.

Excessive grazing also leads to soil erosion, which affects pasture yields and water quality. It is estimated that rabbits cost the Australian economy more than $200 million per year.

Rabbits are one of Australia’s most visible introduced species. Australia's native plants and animals adapted to life on an isolated continent over millions of years but since European settlement they have had to compete with a range of new animals for habitat, food and shelter.

These introduced species have had a major impact on our country's soil and waterways and on native plant and animal diversity.

Rabbit skin rugBedcover made from 54 rectangular sections of tanned rabbit pelts. The pelts have been hand-sewn together in a grid to form a rectangular quilt, which has been machine-stitched to a backing made from a commercially sourced maroon flannel bed-rug. The bed rug, which is larger than the combined rabbit pelt quilt, has a scalloped 6...