2012: Introduction of the Murray–Darling Basin Plan 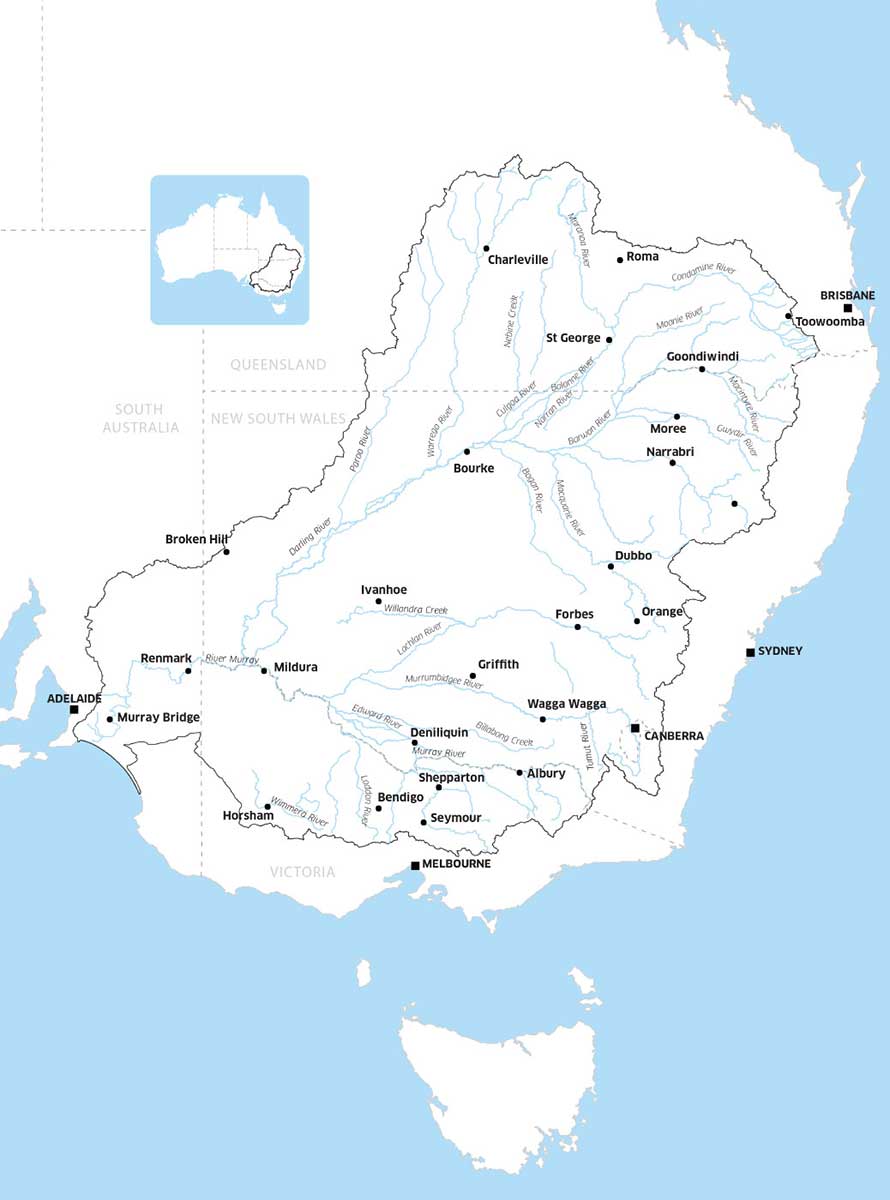 Boundary map of the Murray–Darling Basin

The Murray–Darling Basin Plan was an historic agreement between the Commonwealth and state governments that aimed to ensure the sustainable management of Australia’s largest river system.

For this plan to work there must be a clear recognition by all – especially by state and territory governments – that the old way of managing the Murray–Darling Basin has reached its use-by date.

An iconic ecological and cultural heartland

The Murray–Darling Basin covers an area stretching from Queensland to New South Wales, the Australian Capital Territory, Victoria and South Australia. Some 77,000 kilometres of rivers form Australia’s largest and most complex riverine ecosystem in a mostly arid and semi-arid environment. It is home to about 2.6 million people.

For generations the basin has been the heartland for over 40 Aboriginal nations and holds deep cultural, social, economic, environmental and spiritual value. The rivers support rich riverine ecologies, including 30,000 wetlands, many of which are internationally significant.

Colonial governments and settlers saw an opportunity to develop agricultural businesses and towns with these productive natural systems. The first large-scale irrigation schemes began in the 1880s. In 1887 brothers William and Ben Chaffey started building Australia’s first ‘irrigation colonies’, at Mildura and Renmark on the Murray River.

Today agriculture is the biggest consumer of water in the basin and supplies up to a third of Australia’s food. 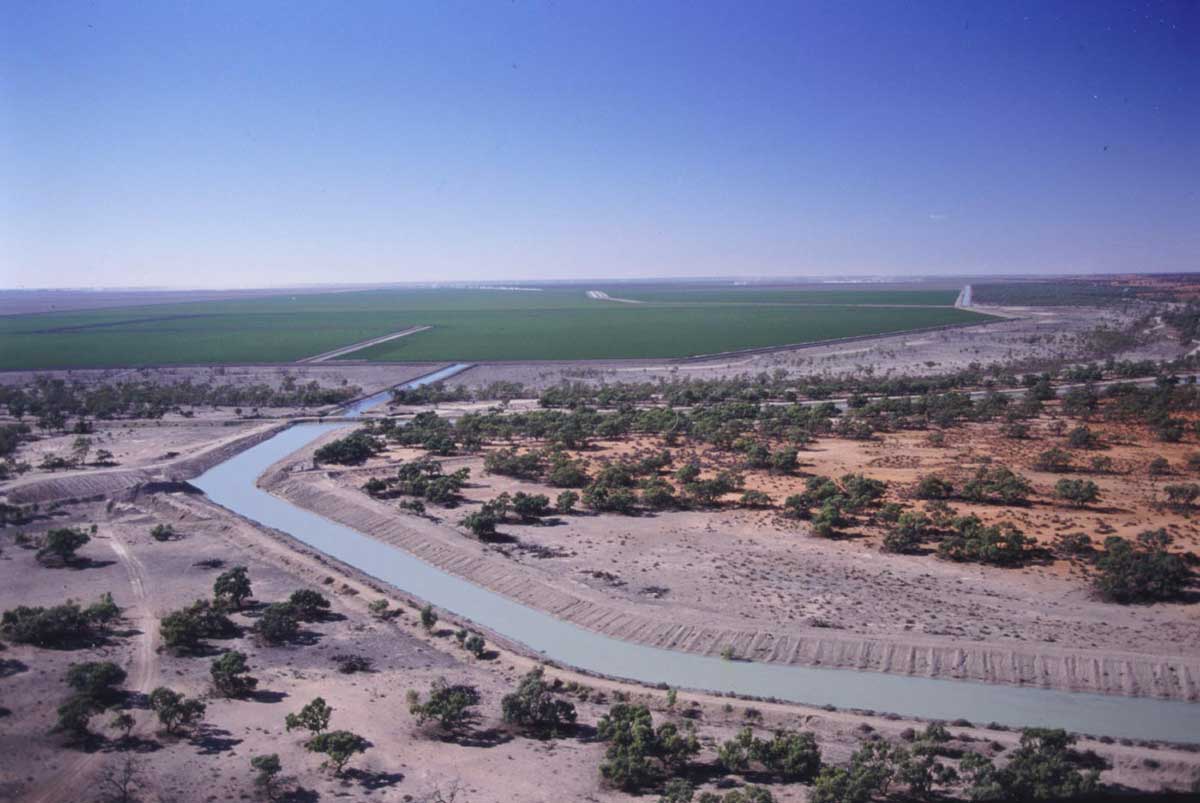 A century of disagreement and ecological decline

By the end of the 1800s irrigation pumping could divert the entire late summer flow of the Murray River. In 1889 the NSW Parliament predicted this might lead to ‘periods of no flow downstream’. Governments agreed to schedule irrigation pumping so that downstream residents would be left with water.

In 1914 the Commonwealth and the New South Wales, Victorian and South Australian state premiers signed the River Murray Waters Agreement, the first of many accords over the following decades that were intended to better manage water in the basin.

The river systems were ‘transformed by an extensive network of dams, weirs, locks, canals and pipes’ to provide water for irrigation and town water, and later for the construction of the Snowy Mountains Hydro-Electric Scheme.

The changes to the natural system altered the timing, temperature and levels of flows. Some wetlands dried and receded, while others were flooded, killing trees. Water birds, fish and other aquatic wildlife declined. These effects were compounded by soil erosion, over-grazing, pollution and land clearing.

By the 1960s dryland salinity had emerged as a serious threat, prompting an audit across the basin in 1970. 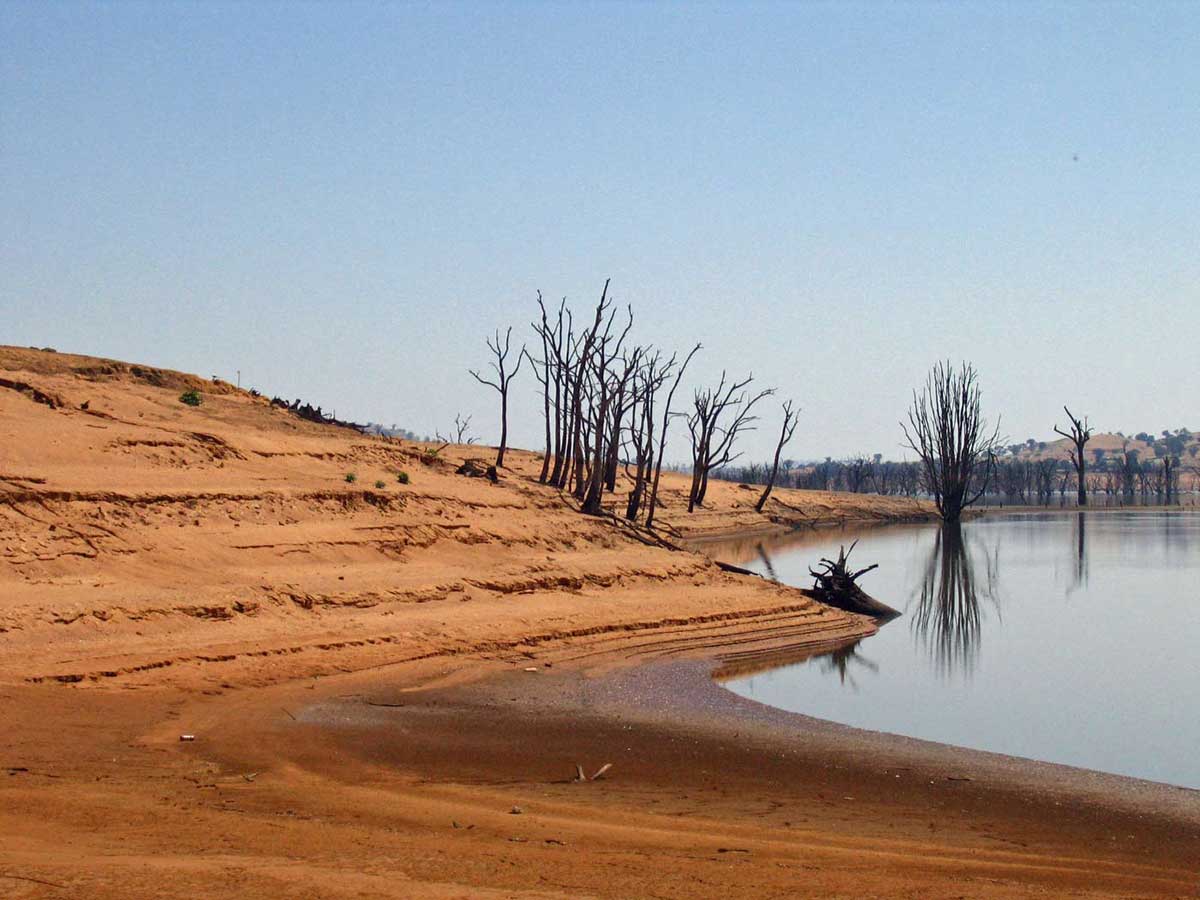 In the summer of 1991 the Darling River set an unwanted record for the world’s longest toxic blue-green algae bloom. Farmer and poet Eric Rolls described this ‘flaring green ribbon’ as a distress signal.

It drew the attention of politicians, landholders, environmental managers and members of the public to the plight of the rivers and their continued mismanagement, to the over-allocation of water and to bickering between the states.

Creation of the Murray–Darling Basin Authority

In 1994 the Council of Australian Governments agreed to a cap on granting further water extraction licenses. Furthermore, in the 2004 National Water Initiative the states agreed to a blueprint for substantial reforms, including sustainable water allocation and expanded water trading.

By the mid-2000s a period of prolonged drought highlighted the threat to livelihoods and ecosystems posed by declining water quality.

On 25 January 2007 Prime Minister John Howard announced a 10-point plan and committed $10 billion to ensure the basin was managed sustainably in the national interest:

In a protracted drought, and with the prospect of long-term climate change, we need radical and permanent change.

As well as improving water efficiency, we need to confront head-on the over-allocation of water in the Murray–Darling Basin.

Without decisive action we face the worst of both worlds – the irrigation sector goes into steady but inevitable decline while water quality and environmental problems continue to worsen.

Later that year the government introduced the Water Act, which transferred more control to the Commonwealth and created the Murray–Darling Basin Authority. This body was tasked with preparing a strategic plan to protect and restore the basin’s ecology and environmental assets.

The bulk of the $10 billion was designated for subsidising private and public irrigation infrastructure. It was hoped that increased efficiencies would result in more water flowing to the river environment. A smaller amount was earmarked for paying irrigators for water in the water-trading market.

Introduction of the Murray–Darling Basin Plan

On 8 October 2010 the Murray–Darling Basin Authority released its draft Guide to the Proposed Basin Plan. The scientific assessment indicated that, to ensure the health of the rivers, the least risky target was to reduce overall entitlements by 7600 gigalitres, and the riskiest target was 3,000 gigalitres.

Industry lobby groups and politicians spread fear among communities concerned about their livelihoods at a time of drought and agricultural decline in the national economy.

Hundreds of people in major irrigation towns attended Murray–Darling Basin Authority consultation meetings. In Griffith, a group of irrigators burned copies of the Guide, which made national news.

The result should … have regard for the people who live in the Basin, their lives and livelihoods. Not dealt out because they don’t fit in with some scientific model.

In May 2011 the influential Wentworth Group of Concerned Scientists withdrew its support for the plan. In its view, it would transfer over $20 billion from the Australian community to irrigators and but not solve environmental problems.

The final plan, passed in parliament on 29 November 2012, set a reduced target of 2750 gigalitres and did not account for future climate change.

The Murray–Darling Basin Plan remains a contested framework for restoring the health of the river system.

In 2018 a group of leading Australian scientists, economists and water policy experts released a joint declaration:

Australia is paying the price of alleged water theft, questionable environmental infrastructure water projects, and policies that subsidise private benefits at the expense of taxpayers and sustainability.

After investigative journalists uncovered scandals, including allegations of corruption, the states agreed to appoint former federal police commissioner Mick Keelty as Inspector-General for the basin in 2019.

The plan continues to evolve in response to the challenges of competing interests.

A Plan for the Murray–Darling Basin, MDBA

Margaret Simmons, ‘Cry me a river: The tragedy of the Murray–Darling Basin’, Quarterly Essay, Issue 77, 2020.