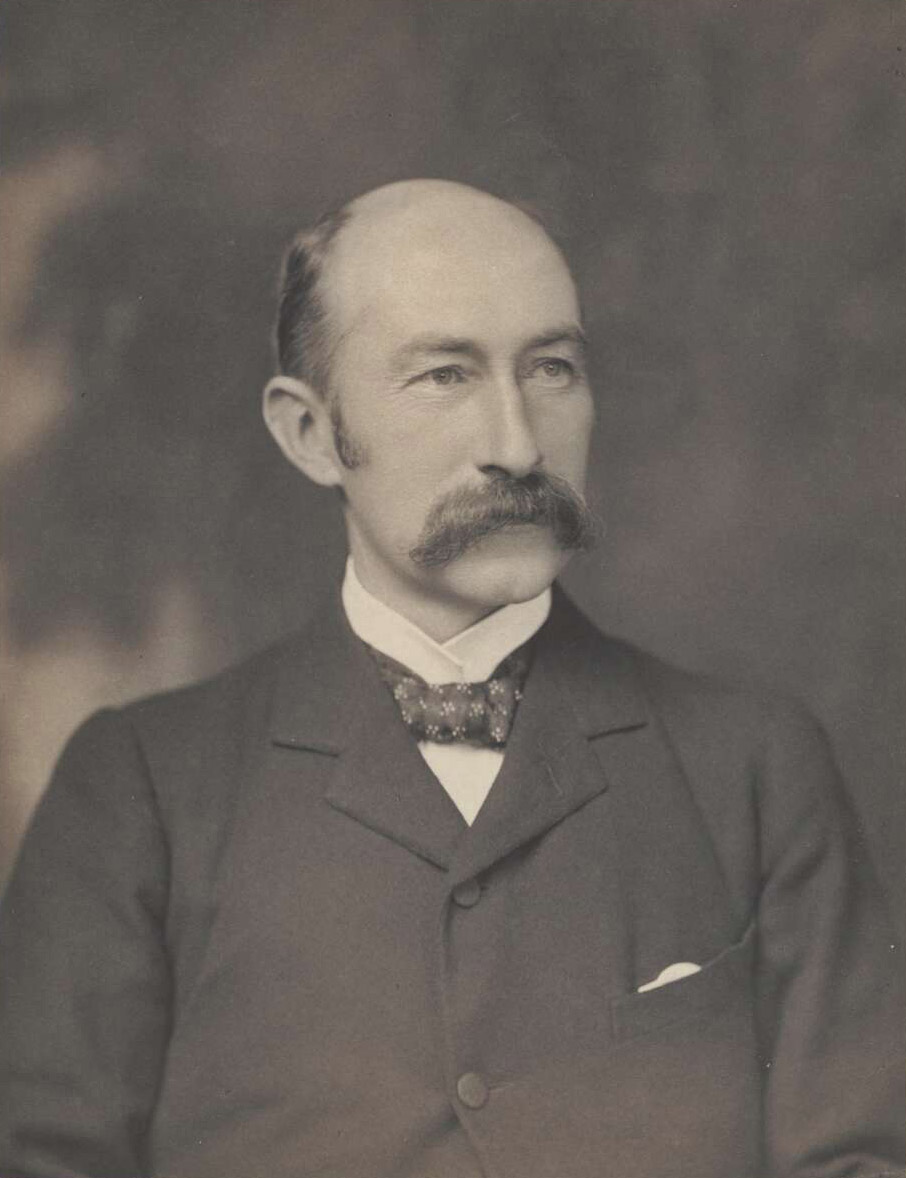 Using the Sunshine Harvester Factory as a test case, Justice Higgins took the pioneering approach of hearing evidence from not only male workers but also their wives to determine what was a fair and reasonable wage for a working man to support a family of five.

Higgins’s ruling became the basis for setting Australia’s minimum wage standard for the next 70 years.

I selected Mr McKay's application out of some 112 applications made by Victorian manufacturers because I found that the factory was one of the largest, and had the greatest numbers and variety of employees; and because his application was to be keenly fought.

In the late 19th century, as the six colonies were discussing Federation, community leaders were also investigating the need to resolve industrial disputes without resorting to violence, as had occurred in the 1890s shearers’ strikes and the 1892 Broken Hill miners’ strike.

The answer seemed to be in the formation of a special court that would hear both workers’ and employers’ grievances.

The Commonwealth Conciliation and Arbitration Court, which was formed in 1904, was championed by the federal Trade and Customs Minister Charles Cameron Kingston who had passed similar legislation as Premier of South Australia in 1894.

However, the Bill that would establish the court was controversial and the process of passing it brought down two governments.

In the same year that the court was established, the Victorian industrialist Hugh Victor McKay moved his agricultural implements manufacturing concern, the Sunshine Harvester Company, from Ballarat to the Melbourne suburb of Braybrook, which was renamed Sunshine three years later.

McKay had invented the Sunshine harvester, one of the first machines in the world to successfully strip, thresh, winnow and bag grain. The harvester was incredibly successful and at its peak in the 1920s the factory employed 3,000 workers and was the largest manufacturing plant in Australia.

With the huge growth in employees and the increasing specialisation of work, the Sunshine harvester labour force, as with most workplaces in Australia at the time, was becoming more unionised and aware of its rights. 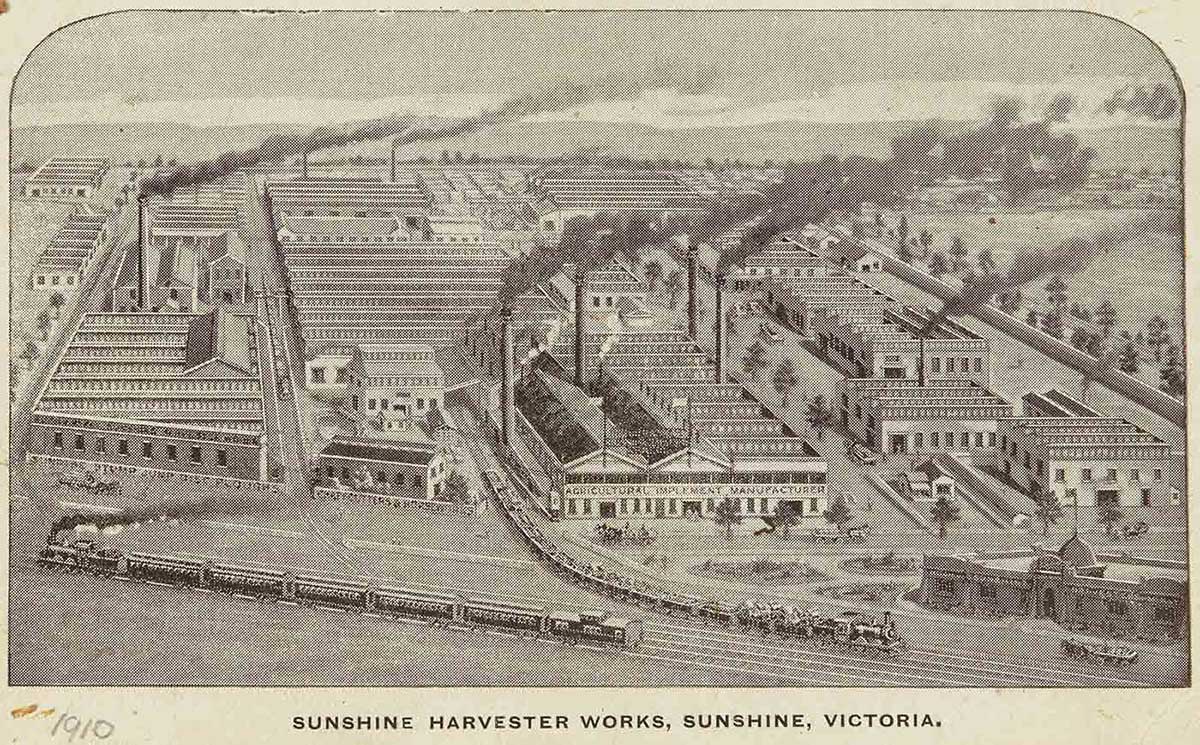 In 1906 the federal government passed the Excise Tariff Act as a means of progressing its arbitration agenda.

The legislation required all employers who did not award a ‘fair and reasonable wage’ to pay a tax on the products they sold. McKay’s wages were deemed not to be reasonable and fair but McKay felt otherwise and so applied for an exemption from the tax.

The application was chosen by the new President of the Conciliation and Arbitration Court, Henry Bourne Higgins, as a benchmark case because the Sunshine Harvester Works was, as he said, ‘one of the largest (factories) and had the greatest number and variety of employees’.

Higgins grabbed the initiative in what was his first case with the court. In his findings, he defined the worker as a ‘… human being in a civilized community’ entitled to marry and raise a family.

The wages paid had to reflect the reality of a worker providing the basic needs for a family of five and to define this Higgins took the radical approach of interviewing not only male workers but also their wives.

During the hearings, which took place between 7 October and 8 November 1907, the court examined 11 households.

In his judgement, Higgins calculated that a fair and reasonable wage for manual workers was seven shillings per day or 42 shillings per week.

The decision was a landmark case because, for the first time, employers were challenged to formulate wages on the basic needs of their employees rather than being solely concerned with the company’s profits.

Not surprisingly, McKay was disappointed with the decision. He refused to pay the excise tax and took the case to the High Court (of which Higgins was also a judge).

In 1908 the High Court ruled that the Harvester Judgement was unconstitutional, invalid and void, because the Constitution permitted the Commonwealth to levy customs and excise duties but not to determine wages and working conditions.

The Harvester Judgement became more a statement of good intentions than a triumph of workers’ entitlements.

However, the concept that employers should take into account the needs of workers and their families became the starting point for all minimum wage negotiations in Australia up until the 1970s and has helped the nation become a world leader in setting minimum wages and conditions for workers.

Sunshine stripper harvesterThis stripper harvester was manufactured by H V McKay's Sunshine Harvester Works in Victoria in 1911. It carries the serial number 41452 indicating it was the 508th harvester manufactured at the Works that year. This wood framed harvester, which was used on a farm near Cootamundra, NSW up to the mid-1950s, has a 5' cut (comb) an...
On display