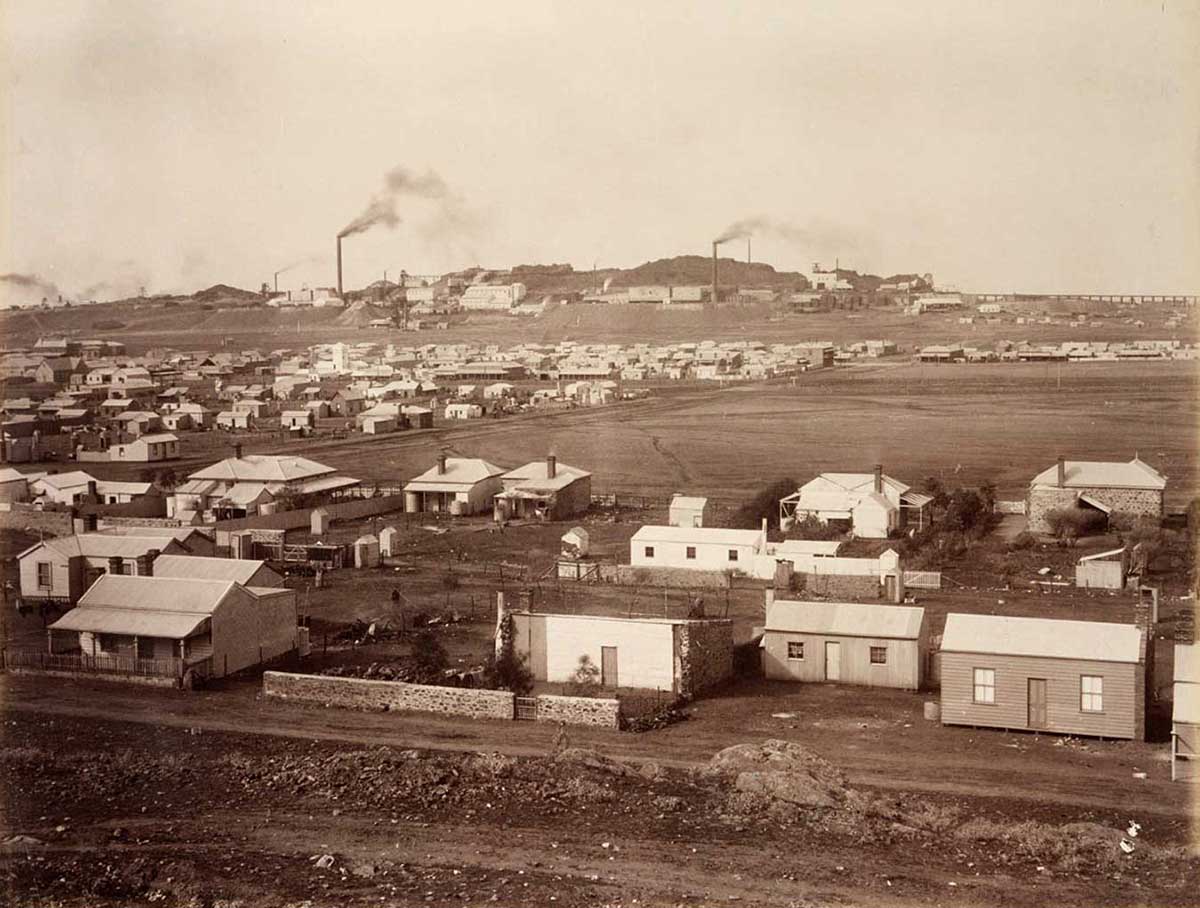 In January 1885 Philip Charley discovered the first significant silver deposit on the Broken Hill property, a mining claim staked by Charles Rasp in 1883. The Broken Hill would eventually generate more than $100 billion.

At the start it was very bad. There was no accommodation, water and provisions were scarce and the weather was very trying. It was an awfully dusty place. For 12 months it was really doubtful whether we would make anything out of it; I had unlimited faith in it right through. Of course, I did not think it would turn out as big as it has done, but I always thought it would be a fairly good thing.

Indigenous people have been mining in Australia for tens of thousands of years. Ochre and high-quality stone for making tools were traded through exchange networks across the continent.

Early colonial mining began after the discovery of easily accessible coal around Nobbys Head near Newcastle, NSW, in 1797 and the first coal shipment left the colony in 1799. This was Australia’s first commodity export.

The first metals mined in Australia were lead and silver near Glen Osmond, South Australia, in the 1840s. Soon after, copper was discovered in the same area and by the 1850s lead and copper exports earned more for the colony than wool and wheat.

The gold rushes from the 1850s onwards brought the continent’s mineral wealth to the world’s attention and completely changed the course of Australia’s development through a massive influx of people, money and ideas.

In 1875 men drilling a well on a station near what was later named Silverton in far west NSW struck a lode of silver. The discovery encouraged every station hand in the area to look for traces of the metal.

In September 1883 Charles Rasp, a boundary rider for the Mt Gipps sheep station, discovered what he thought was tin oxide on an unusually shaped formation known locally as the Broken Hill.

Though not a geologist, Rasp had trained and worked in the chemical industry in his native Germany and had some knowledge of mineral formations. He decided to send samples for testing to Adelaide.

The assayer’s report was disappointing. It showed concentrations of lead and zinc but only slight traces of silver.

Rasp was not discouraged and together with co-workers David James and James Poole registered a 40-acre mineral claim on the hill.

Rasp talked the matter over with George McCulloch, the manager and part-owner of the Mt Gipps station. McCulloch had been opposed to anyone prospecting for minerals on his property, but the station was in such a poor financial state after a recent drought that he now took a keen interest.

McCulloch convinced Rasp to take on more partners and organised some of the station hands to immediately peg off claims. These seven men – Rasp, McCulloch, James, Poole, Philip Charley, George Lind and George Urquhart – became known as the Syndicate of Seven.

They soon amalgamated the blocks they had claimed into one private company named The Broken Hill Mining Company.

However, in January 1885 the syndicate’s luck changed when Charley found the first substantial amount of silver on the claim.  In the company’s first large-scale smelting in Melbourne an astonishing 35,600 ounces of silver was produced from 48 tons of Broken Hill ore. 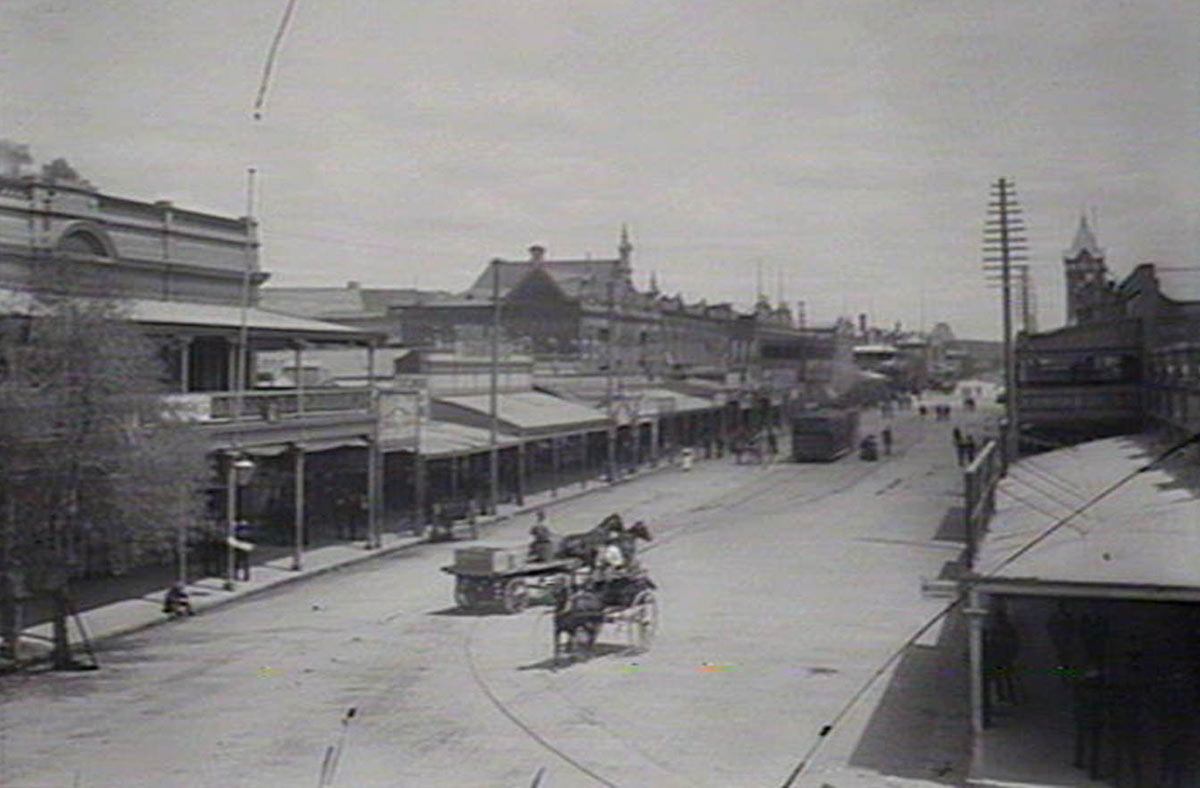 The directors made fortunes splitting their shares and floating different companies, and profits flowed on to shareholders.

However, there were challenges: the sheer size of the lode (7.5 kilometres long and 250 metres wide) made the logistics of the operation complex and there were difficulties in finding senior staff qualified to manage the scale of the undertaking.

Despite these difficulties, Broken Hill went on to become the largest single source of silver, lead and zinc in the world. It would eventually generate more than $100 billion. 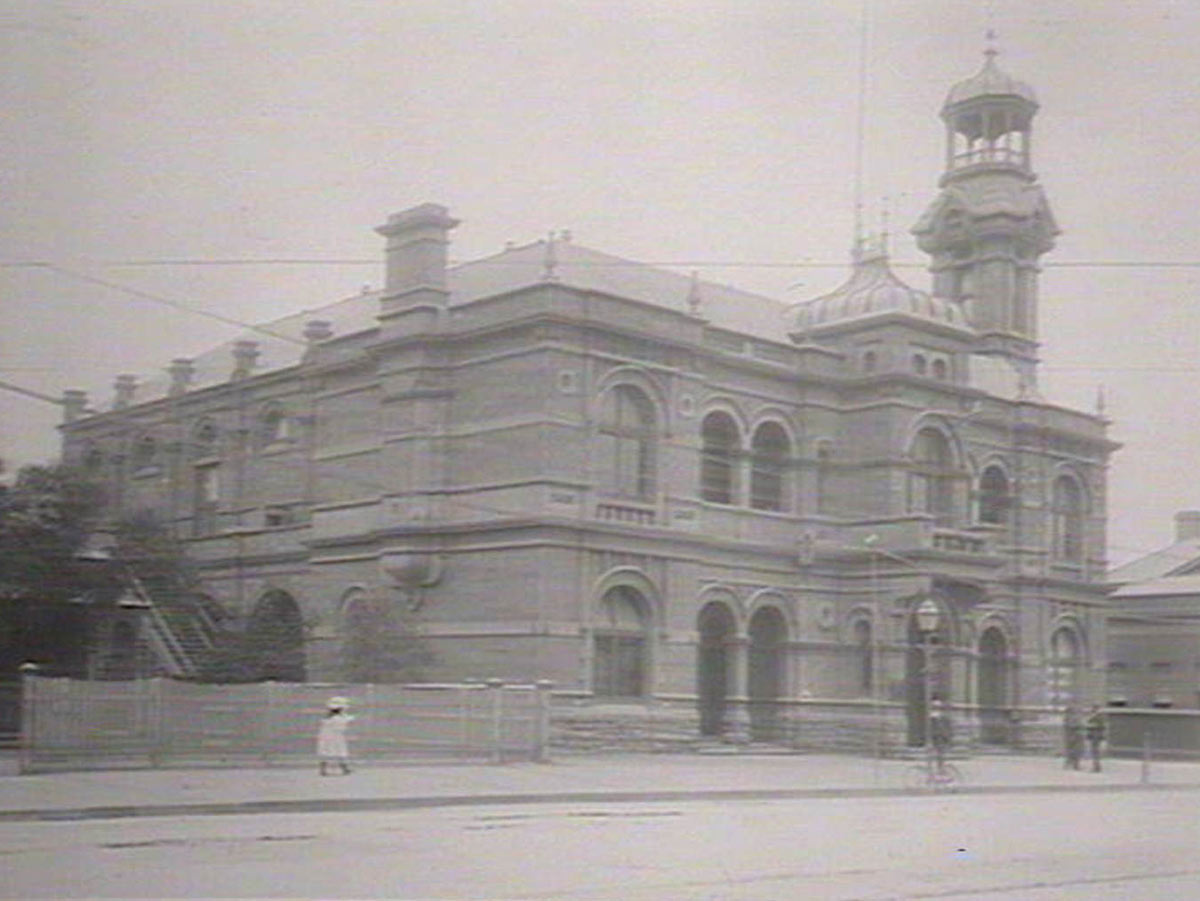 The company began operating its own smelters at Port Pirie, South Australia, in 1890. Nine years later, it acquired iron mining leases for Iron Knob, South Australia, whose ore proved to be of such high quality that it led to the development of the Australian steel industry.

In the opening decades of the 20th century, production at the Broken Hill lode plateaued and the company directors decided to focus on iron- and steel-making.

Iron and steel in Newcastle

The directors selected Newcastle as their base and started building a major steelworks with money raised by a call for capital. The facility officially opened on 2 June 1915 and by 1939, BHP’s Newcastle site was the largest integrated steelworks in the former British Empire.

The company diversified into areas supporting their core function, such as shipping and collieries, and when in 1935 they bought out the country’s only other steel manufacturer, Australian Iron and Steel of Port Kembla, the foundations of the industrial colossus were complete.