1954: Establishment of the Rum Jungle uranium mine 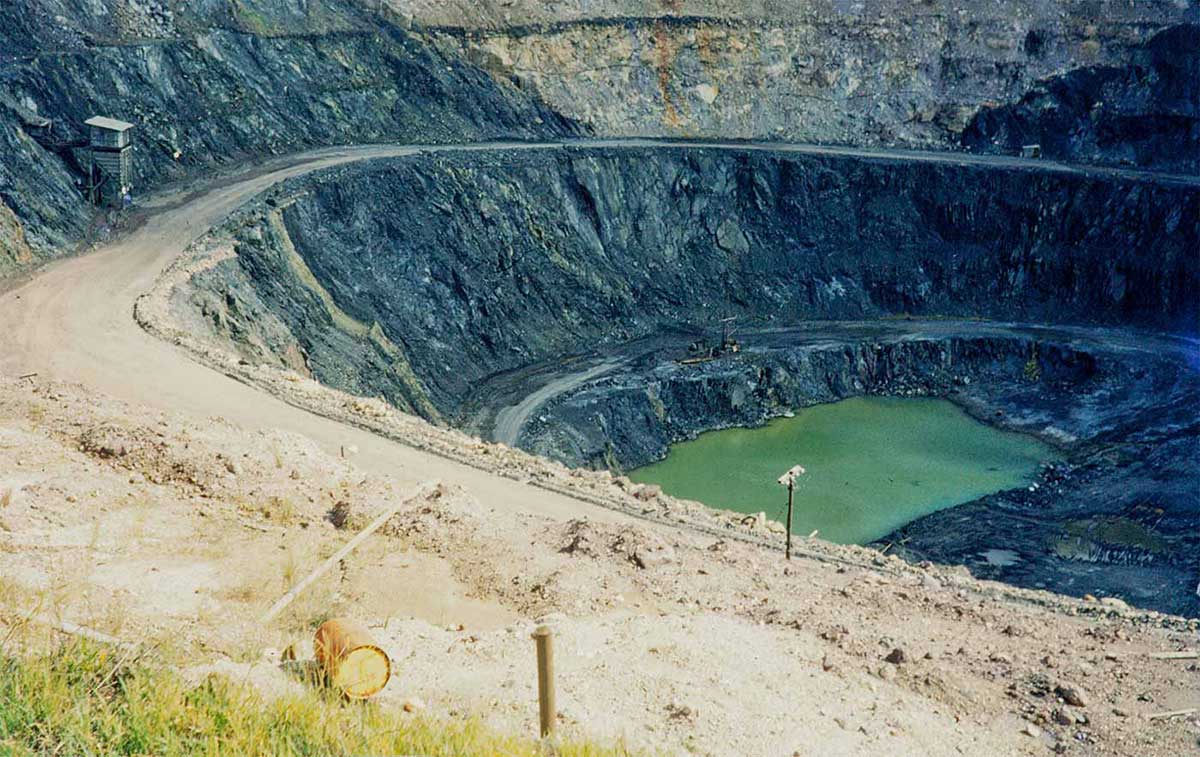 In 1954 Australia’s first large-scale uranium mine officially opened at Rum Jungle, 100 kilometres south of Darwin. Until it closed in 1971, the mine supplied the US and British nuclear weapons programs.

[Rum Jungle] represents to many people, not least of all the Aboriginal people, an awful example of what should not be allowed to happen.

Rum Jungle is located at the headwaters of the Finniss River (East Branch), at the northern boundary of Litchfield National Park, about 10 kilometres west of the town of Batchelor.

Europeans occupied and abandoned Rum Jungle several times after gold was found there in the 1870s. In the early 1900s it became the site of an experimental agriculture farm where coffee and tobacco were trialled.

Prospectors occasionally mined copper and other minerals on a small scale. Many stories claim to explain the unusual name of the place. All revolve around bullock drivers carrying a cargo of rum that was either stranded, tapped and drunk, stolen or fought over.

European and Chinese populations exposed local Aboriginal people to smallpox, leprosy and tuberculosis, and subjected them to trauma and disruption, including the sexual exploitation of women, violent conflict and massacres, and forced migration.

Aboriginal people supplied labour and knowledge to the various agricultural, pastoral and mining activities, but were excluded from the uranium-mining operations.

During the Second World War the United States and Britain identified Australia as a potential source of nuclear materials for weapons development.

After the war the two nations, spurred on by competition with the Soviet Union, formally asked Australia to search for local sources of uranium ore.

In 1948 the Australian Government advertised a £25,000 reward for the discovery of a substantial uranium deposit.

Jack White, a buffalo shooter, crocodile hunter and prospector, farmed a small property with his Aboriginal partner on the Finniss River, near Rum Jungle.

White recognised the uranium ore from a colour pamphlet produced by the Bureau of Mineral Resources. He dug out some green and yellow rock samples and delivered them to the Mines Branch in Darwin on 13 August 1949.

In September newspapers across the country reported the find. Geologists from the Bureau of Mineral Resources began mining in early 1950 and confirmed the discovery of high-grade ore in 1951. White received the full reward (nearly $1 million in today’s money). 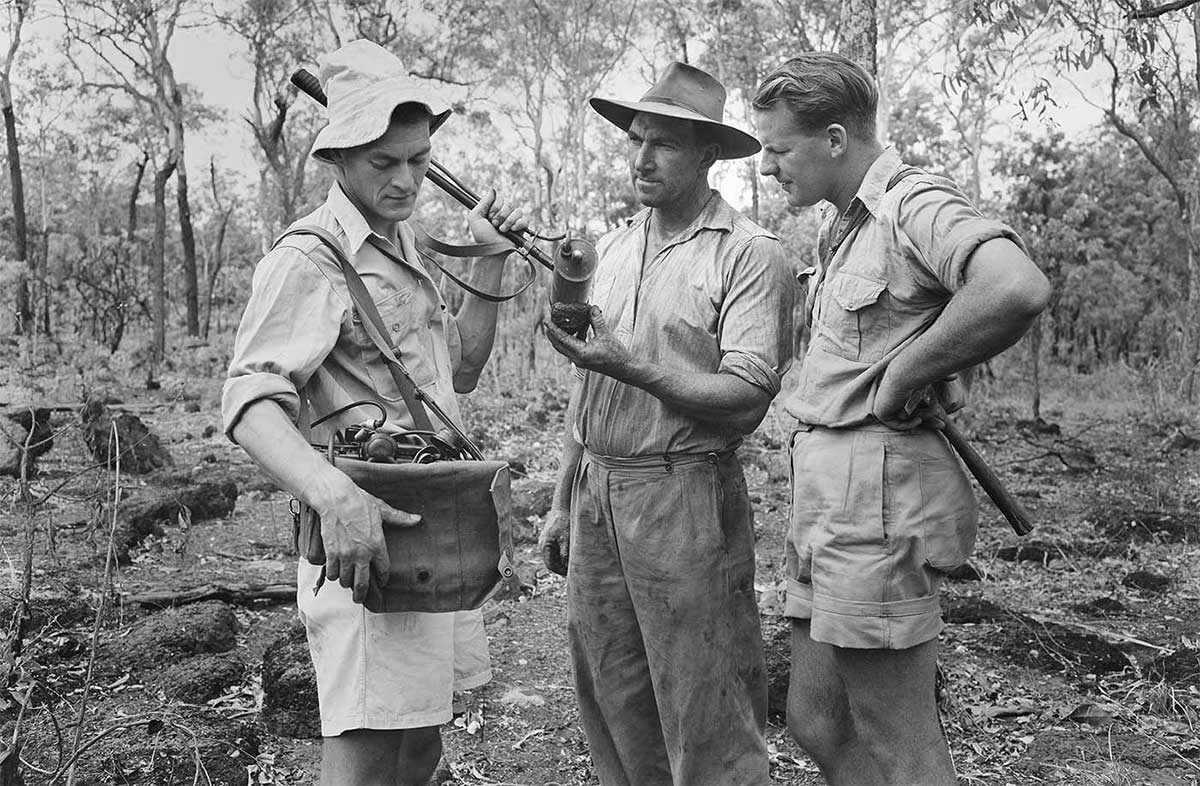 In 1952 representatives from the United States and Britain visited Australia to discuss the development of Rum Jungle.

In light of the planned expansion of the US atomic weapons program, Cabinet agreed that the Combined Development Agency (originally established by the US and British Governments during the war) should fund the mine.

The Australian Atomic Energy Commission managed the project. It outsourced day-to-day operations to Territory Enterprises Pty Ltd, a wholly owned subsidiary of Conzinc Riotinto of Australia. The company redeveloped the township of Batchelor to house the mine’s workforce.

By 1959 all the economically available ore had been extracted. Mining operations ceased in 1963, but stockpiled ore continued to be processed until April 1971. The plant was dismantled, and the site abandoned. 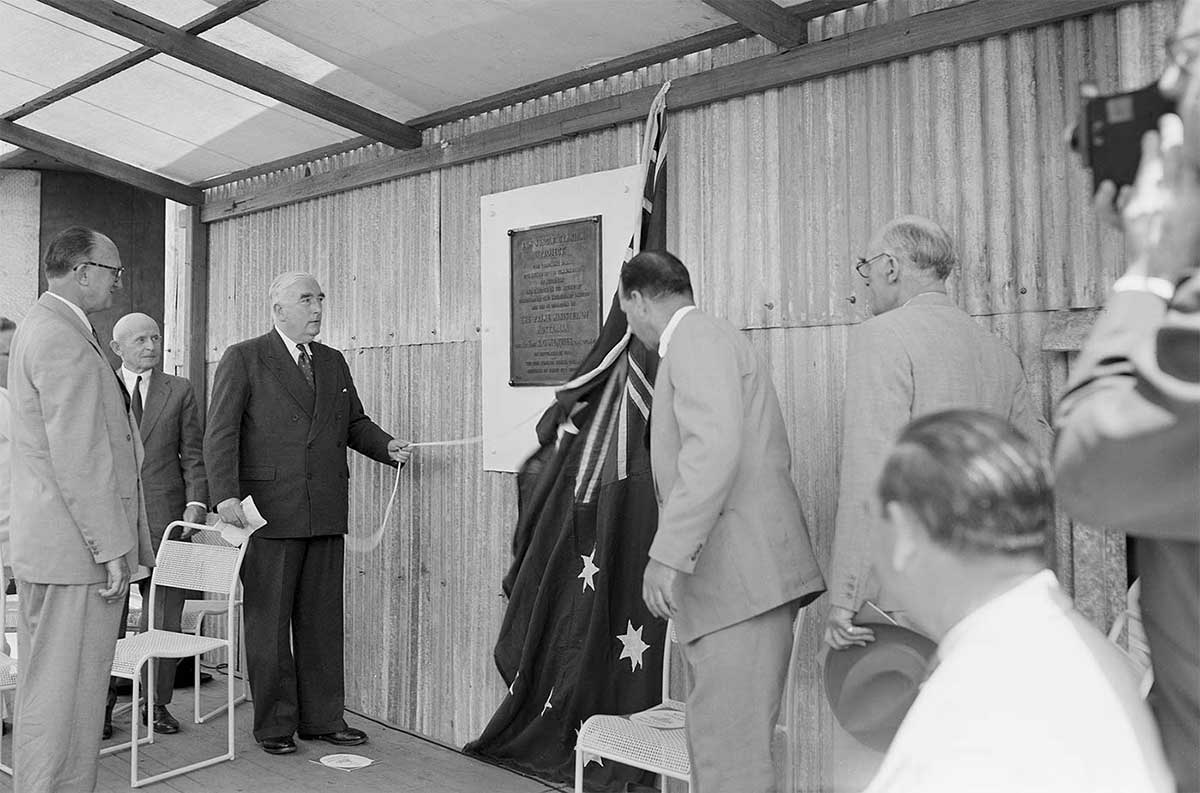 During the first few years of operation, the mine tailings – sandy waste carrying sulphur, heavy metals and radioactive materials – discharged freely into waterways.

Later attempts at containing or diluting the tailings were inadequate and in the wet season the tailings continued to spill into the East Branch of the Finniss River and then into the main course of the river.

About 640,000 tonnes of tailing were discharged by the 1970s. About 100 square kilometres of floodplains were affected. Uncontrolled leaching and run-off caused mass fish kills, and ‘almost eliminated’ pandanus palms, reeds and other aquatic life. 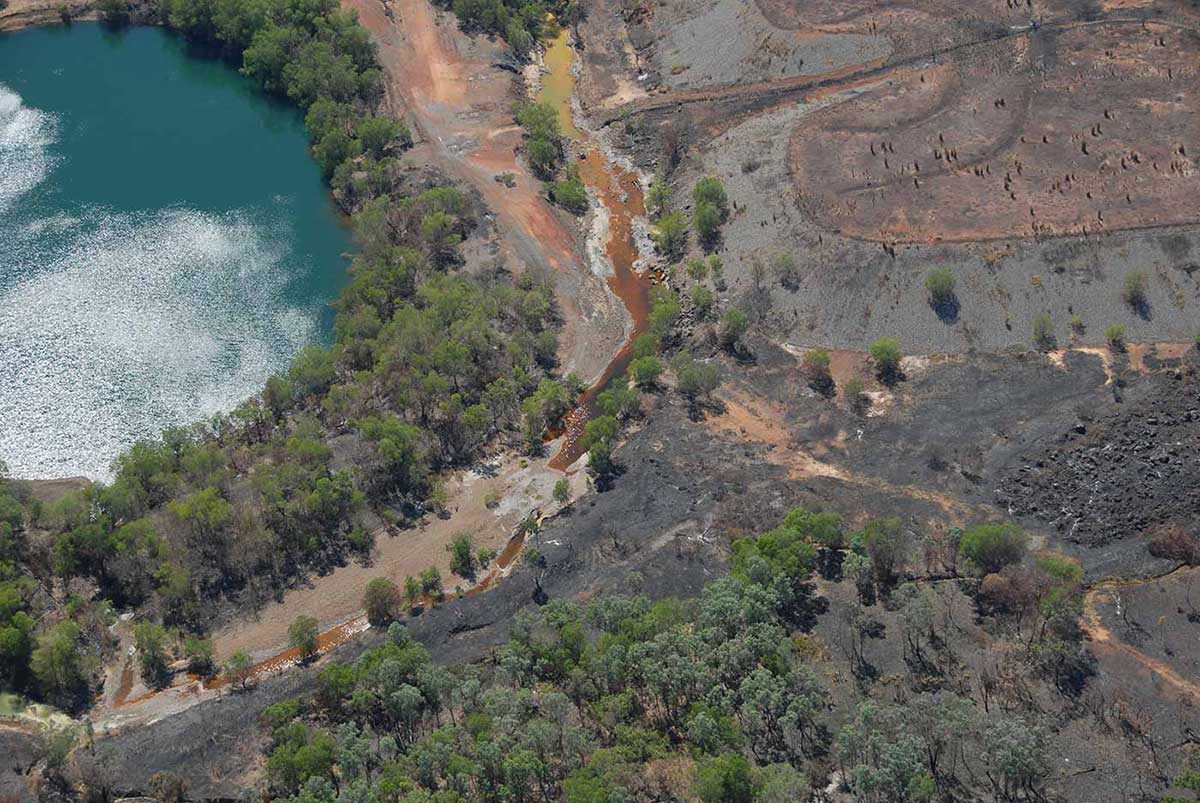 It now represents to many people, not least of all the Aboriginal people, an awful example of what should not be allowed to happen.

Between 1983 to 1986 the Australian Government funded a rehabilitation program at a total cost of $18.6 million (almost $50 million in today’s money). Remediation works failed, and the site remains a major source of pollution to the Finniss River catchment.

In 1981 the Kungarakany and Warai people of the Finniss River won a land rights judgement. However, the Rum Jungle area can’t be returned to them until the pollution is contained and the site properly rehabilitated.

Since 2009 they have been working with the Northern Territory Government to design a new rehabilitation project. The final stage is due to start in 2020. It is expected to cost at least $300 million.

Environmental scientists have described Rum Jungle as 'an internationally important case study on environmental pollution from and rehabilitation of mining'.

Report by the Aboriginal Land Commissioner, Mr Justice Toohey, to the Minister for Aboriginal Affairs and to the Administrator of the Northern Territory: Finniss River Land Claim, 1981

Gavin M Mudd and James Patterson, ‘Continuing pollution from the Rum Jungle U–Cu project: A critical evaluation of environmental monitoring and rehabilitation’, in Environmental Pollution, vol. 158, no. 5, May 2010, pp. 1252–60.