Urban Farming and the Agricultural Show

Shows have played an important role in the development of Australian agriculture.

As European settlement spread across the continent during the 19th century, agricultural and industrial associations were formed to foster the adoption of farming practices understood as key to increasing food and fibre production and creating economic prosperity. 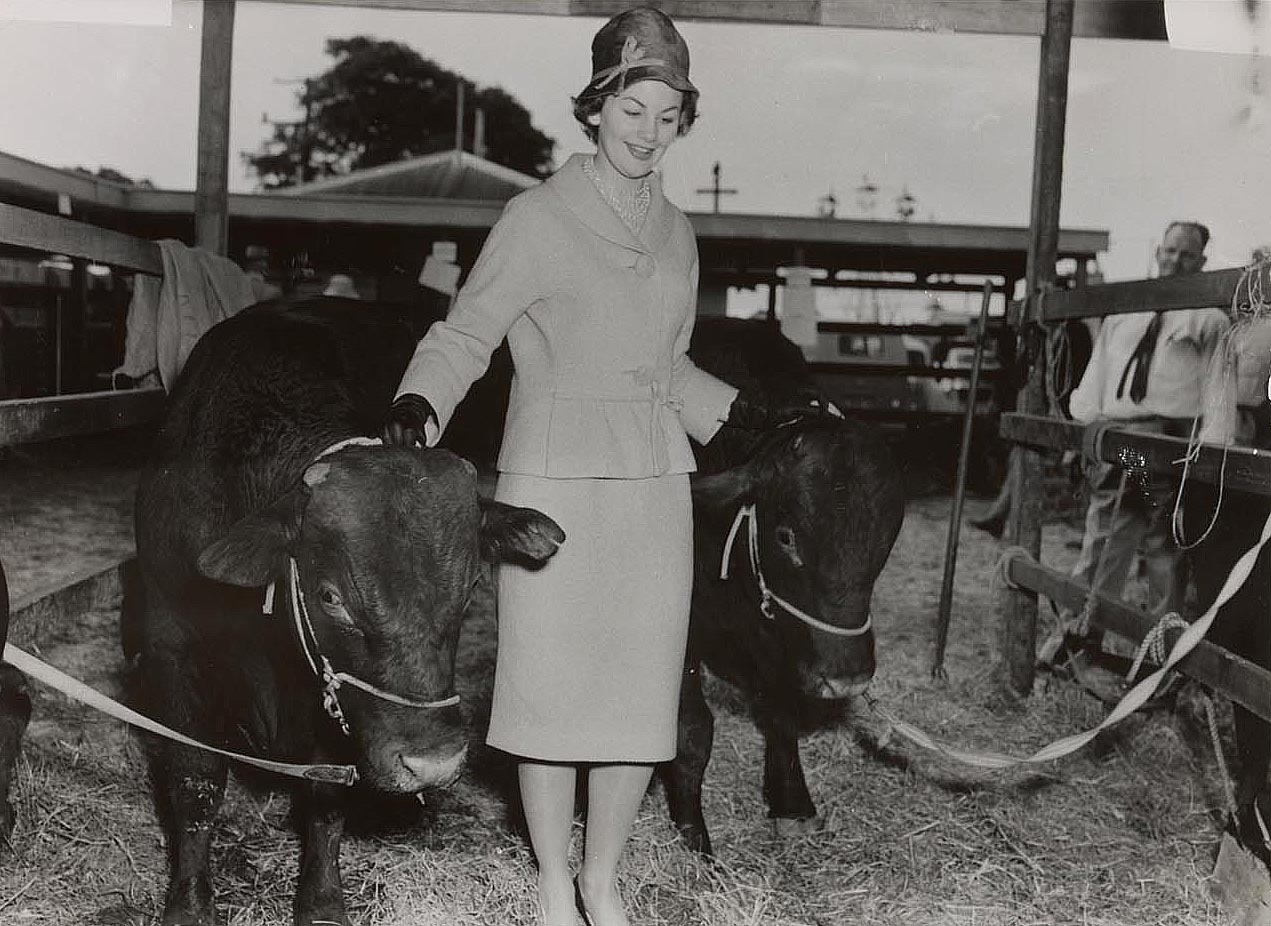 Agricultural shows also emerged as important avenues for primary producers to promote the contribution of farming to Australia’s society and economy and, by extension, the significance of country regions to the nation’s prosperity, culture and identity.

As Australia grew more urbanised during the 20th century, organisers increasingly used the shows to promote popular engagement with and support for agriculture and the rural areas in which it is concentrated. Today, many shows, particularly city shows, market themselves as a chance for the ‘city’ to meet the ‘country’.

Objects from the shows

Throughout their history, agricultural shows and the associations organising them have generated a range of objects that record their interests and events. These include medals and certificates awarded to class winners as prizes, advertising publications and members’ badges.

Here we examine a small selection of these objects, exploring how we can interpret their designs, imagery and inscriptions as revealing something of how shows have constructed certain understandings of Australian agriculture.

We are particularly interested in tracing the ways these objects suggest how agricultural shows have represented, reinforced and perhaps fractured ideas about food production as inherently a rural and industrial enterprise.

Exhibitors have often created or commissioned photographs to record their triumphs at particular agricultural shows.

Images of winning exhibits are usually specially mounted, inscribed and framed, suggesting that they commemorate significant occasions in a breeder’s or grower’s work and life.

Pictures vary in style and materials, reflecting changing photographic fashions and techniques, but also perhaps revealing in their choice of subject matter, composition and treatment, particular ideas about the nature of agriculture.

Agricultural shows have often included commercial displays in their offering of events and activities, providing opportunities for retail companies to make contact with customers visiting town or city for the event.

Advertisements for agricultural machinery, supplies and other goods of interest to rural primary producers are incorporated into a show’s printed program or produced as stand-alone catalogues.

Exploring the imagery and designs used in these publications suggests how some companies have promoted certain understandings of agriculture and how it connects city and country.

Show programs also reveal how a show has constructed its schedule of sections and classes, often revealing certain assumptions about the proper domains of men and women and their capacity to compete against each other.

Listings of office bearers hint at the social status associated with belonging to a show society, often including the names of large land-holding families.

As printing became cheaper in Australia during the latter half of the 19th century, agricultural shows began to award paper prize certificates to winning exhibits. These cards detailed the relevant class and section and included space for the name of the successful entrant to be written or typed in on the day of the show.

Certificates were also usually decorated with sometimes detailed drawings of agricultural animals such as horses, cows, pigs and chickens, and representations of country and historical scenes. These images provide a rich ground for considering how shows have constructed ideas about agriculture.

Many agricultural societies around Australia issue membership badges, sturdy decorated metal brooches or medals designed to be overtly displayed on a member’s clothing. These badges authorise members to come and go through the gates during the annual show and to access ‘members only’ areas of the showgrounds.

Exploring how members' badges incorporate various symbols, such as royal crowns and gold details, reveals how show society members have sought to assert a certain social status by virtue of their ownership and control of rural lands.

Medals were widely awarded to successful show exhibitors from the mid-19th through the early 20th century.

They usually featured, engraved or cast into the metal, the name of the awarding show society and the winning entrant and they were also often richly decorated with traditional symbols of abundance and plenty, perhaps positioning agriculture as key to human civilisation.

Rosettes made of folded ribbon or paper, often in red, white and blue, emerged as decorative military awards in France in the early 19th century and were soon used in many European countries to signify party allegiances in election campaigns.

Versions made from felt, sometimes printed with details of the award, became popular as agricultural show prizes in the later decades of the 20th century, arguably creating new cultural links between show competitions and the arenas of war and politics.