In 1871 his father organised for Lucian, then 16 years old, to spend time at Rawdon.

This renowned merino stud near Mudgee in central western New South Wales was owned by Richard Cox and gave Lucian the opportunity to learn more about the industry.

Lucian returned to Springfield and began managing the large Springfield stud flock of 4500 ewes. [1] He decided to establish two new stud flocks: one would comprise fine wool merinos; and the other merino flock would produce stronger wool with heavier fleeces. [2]

As his father aged, Lucian gradually assumed full responsibility for the management of Springfield. Lucian purchased rams from a range of prominent merino studs in Australia and overseas.

Springfield sheep soon became known for the heaviness of their fleeces and for the quality of their wool. In 1878, a Springfield ram was the largest sold at the Sydney sales, and it cut the heaviest fleece. [3] 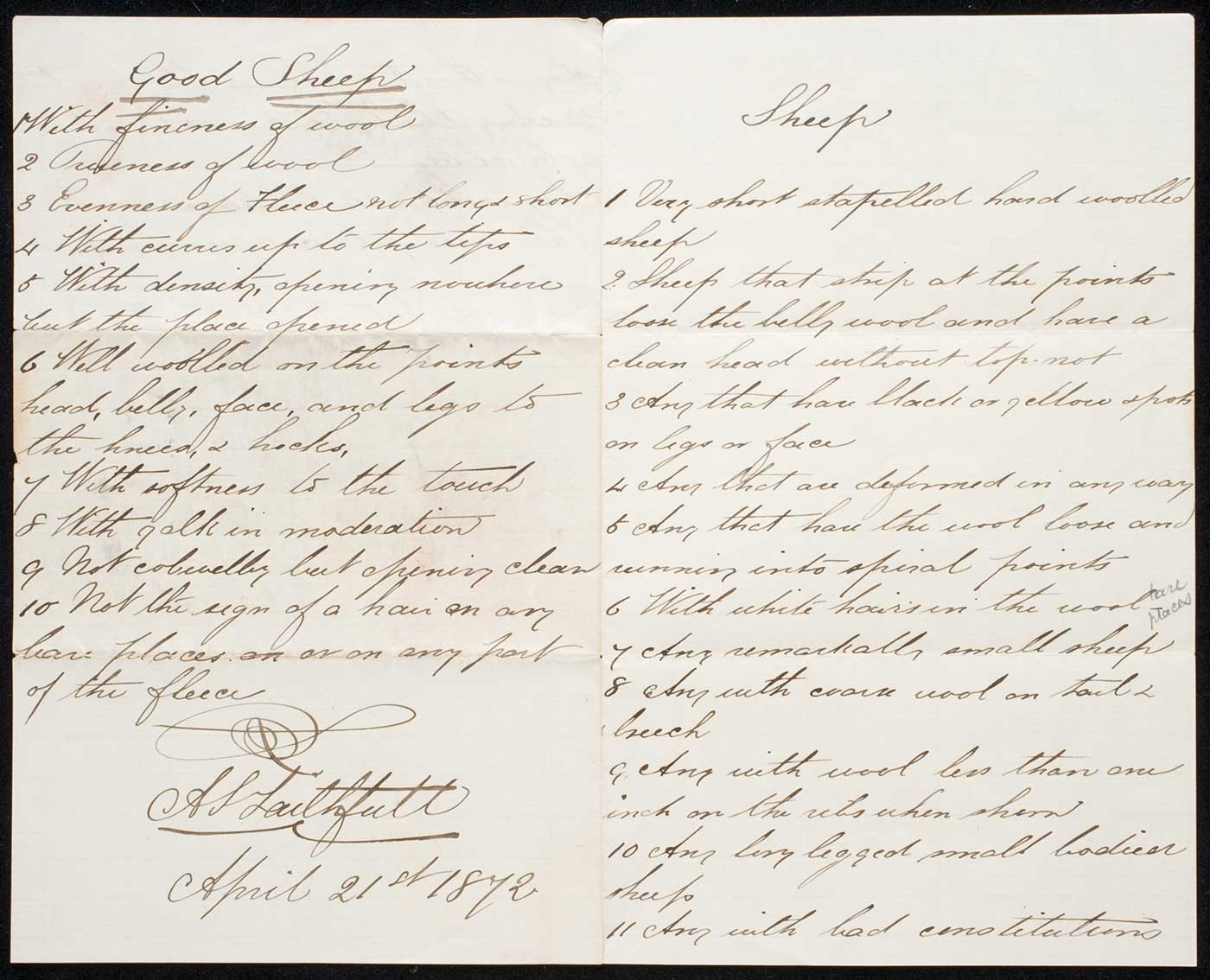 Attributes of 'Good Sheep', compiled by Lucian Faithfull in 1872

Ram sales became a significant source of income. [4] Springfield wool and stud sheep won many prizes in Australia and abroad.

Framed portraits of prize rams with names such Phenomenal, Royal King, Commercial Grand and Field Marshal adorned the walls of Lucian's office. With their impressive size, heavy fleeces and bold spiral horns, rams like these became icons of pastoral prosperity in Australia.

Lucian died in 1942. He had managed the Springfield stud flock for more than 70 years. 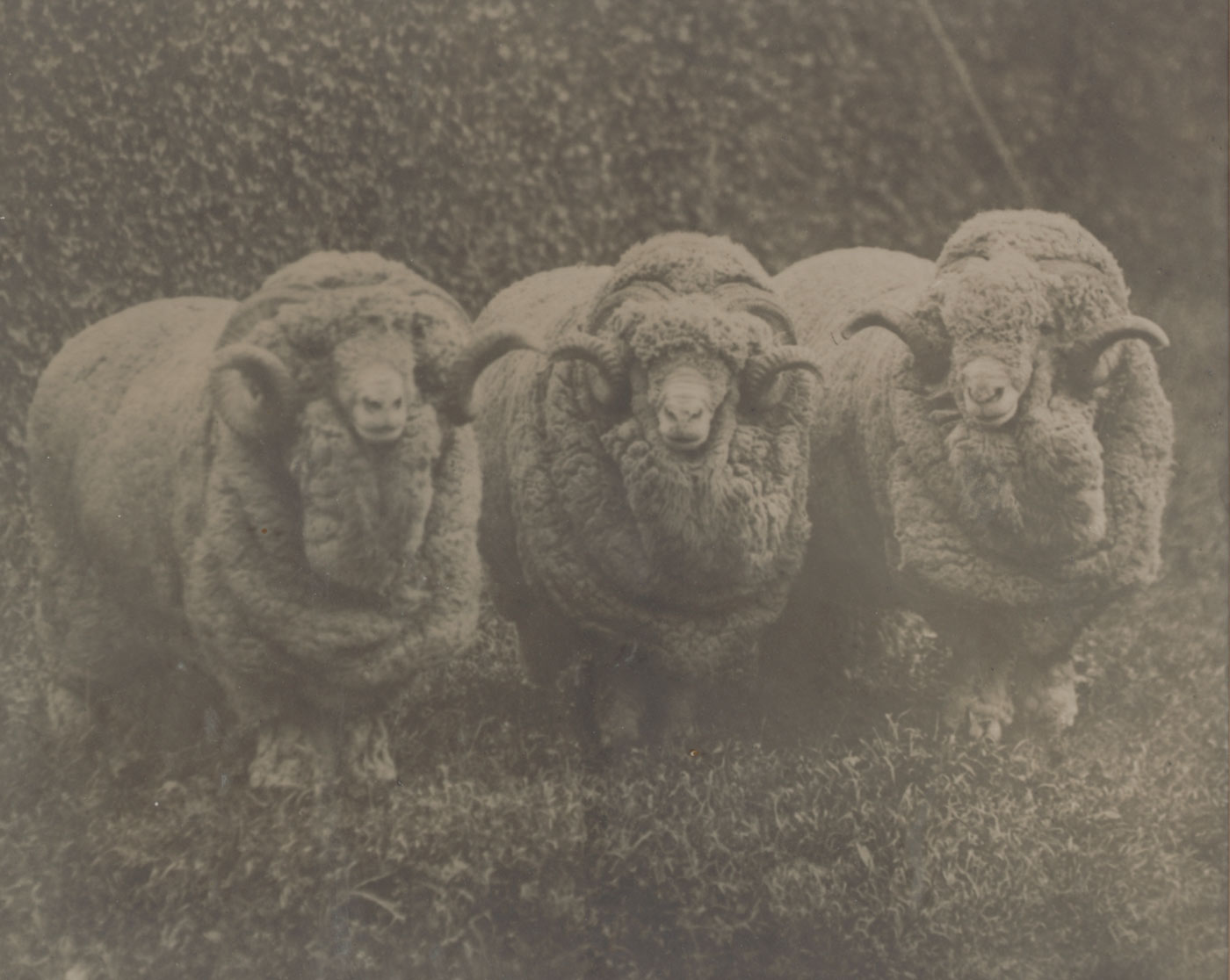 After Lucian Faithfull's death, the Springfield stud was managed by his son-in-law Irwin Maple-Brown, and later his son, Jim Maple-Brown. Jim lived at Fonthill, near Springfield and established the Fonthill Stud in 1954. In 1964, after Irwin's death, Jim became manager of Springfield and its historic merino stud.

Throughout the second half of the 20th century, Jim Maple-Brown developed a reputation as an innovative sheep breeder and an influential instigator for beneficial changes within the Australian wool industry. His son Richard Maple-Brown joined him in managing the flock.

National Museum photographer George Serras captured these images of shearing the rams at Springfield, in December 2004. About 8000 sheep were shorn in a little over a week. 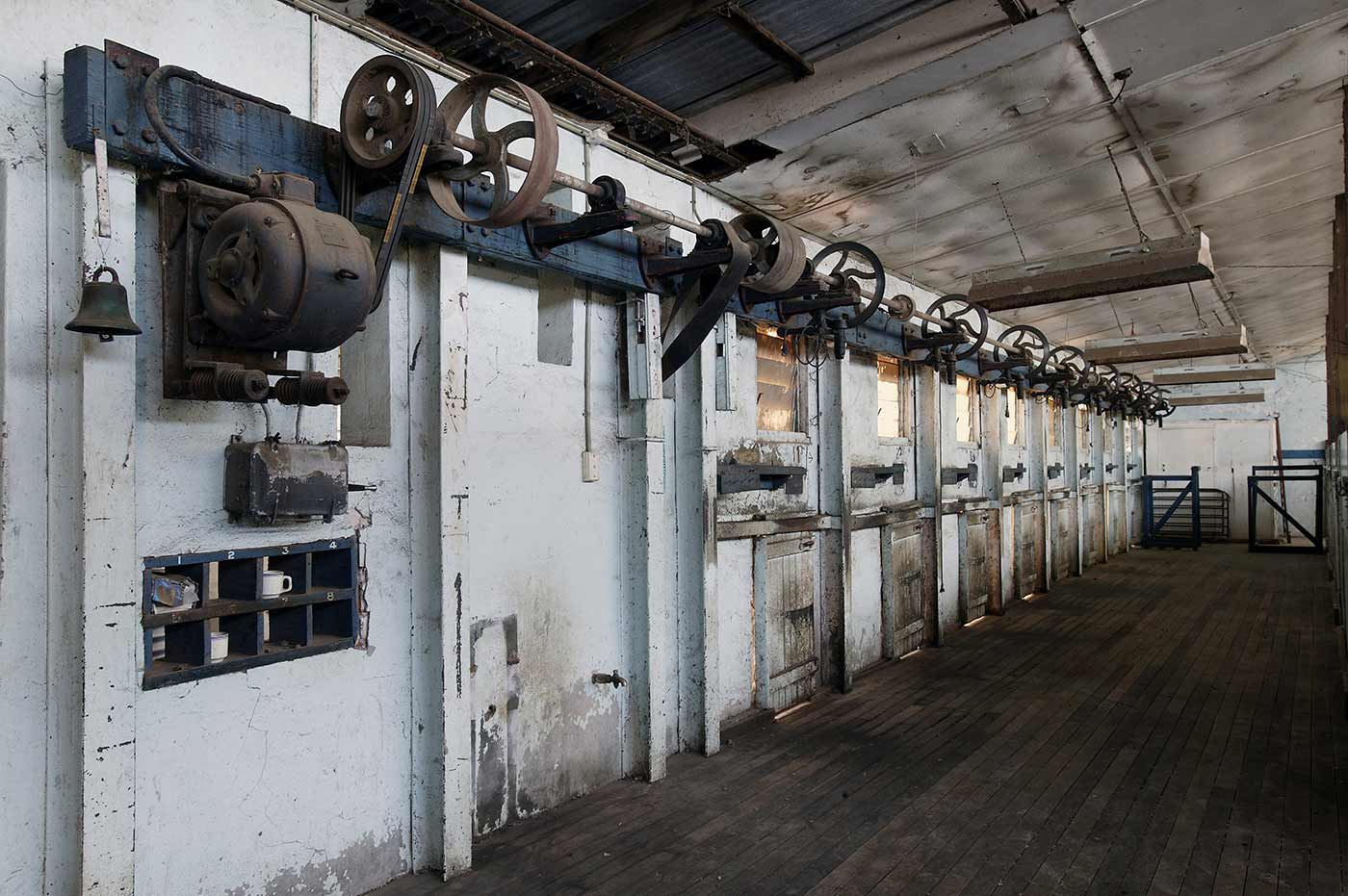 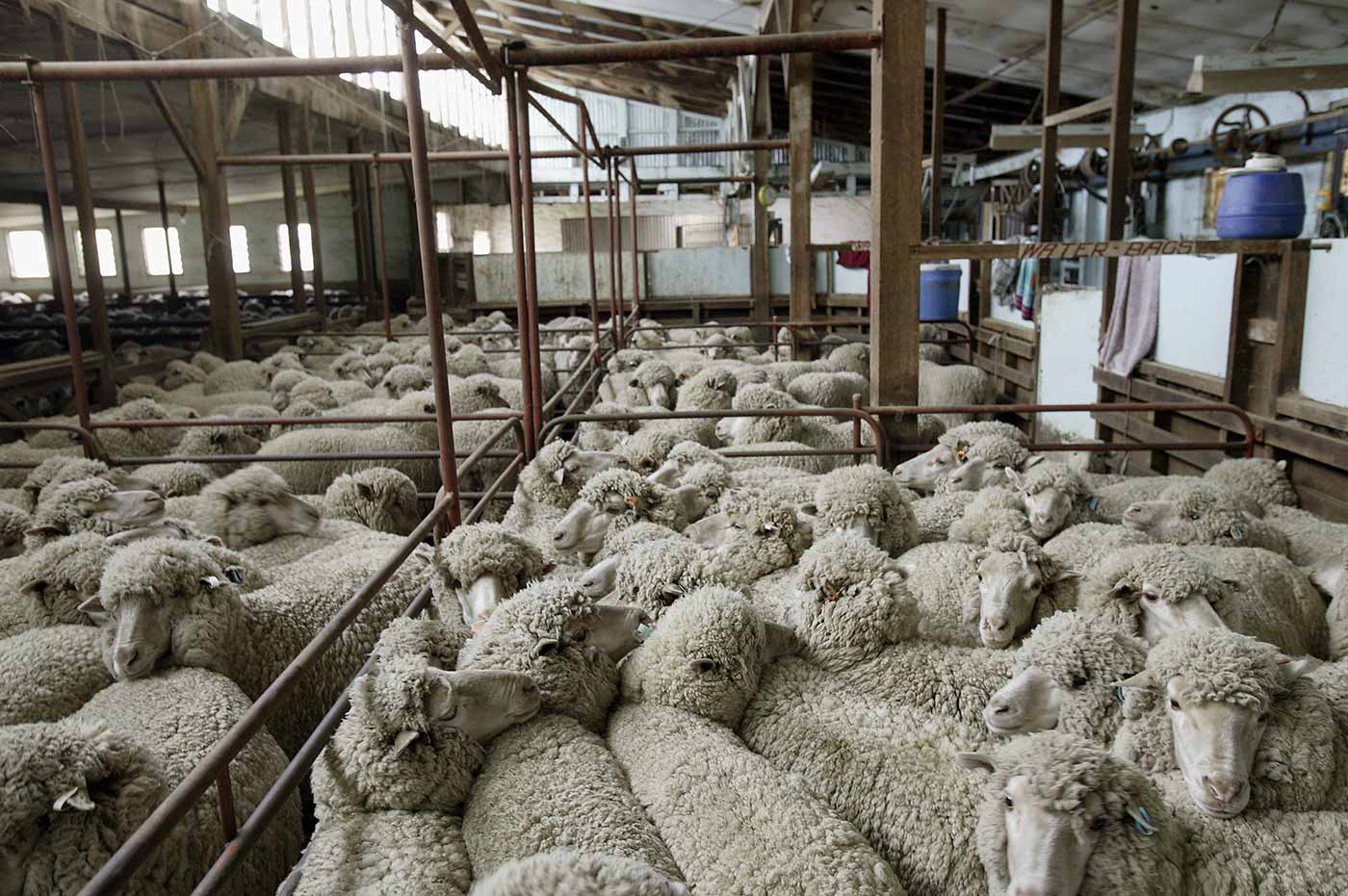 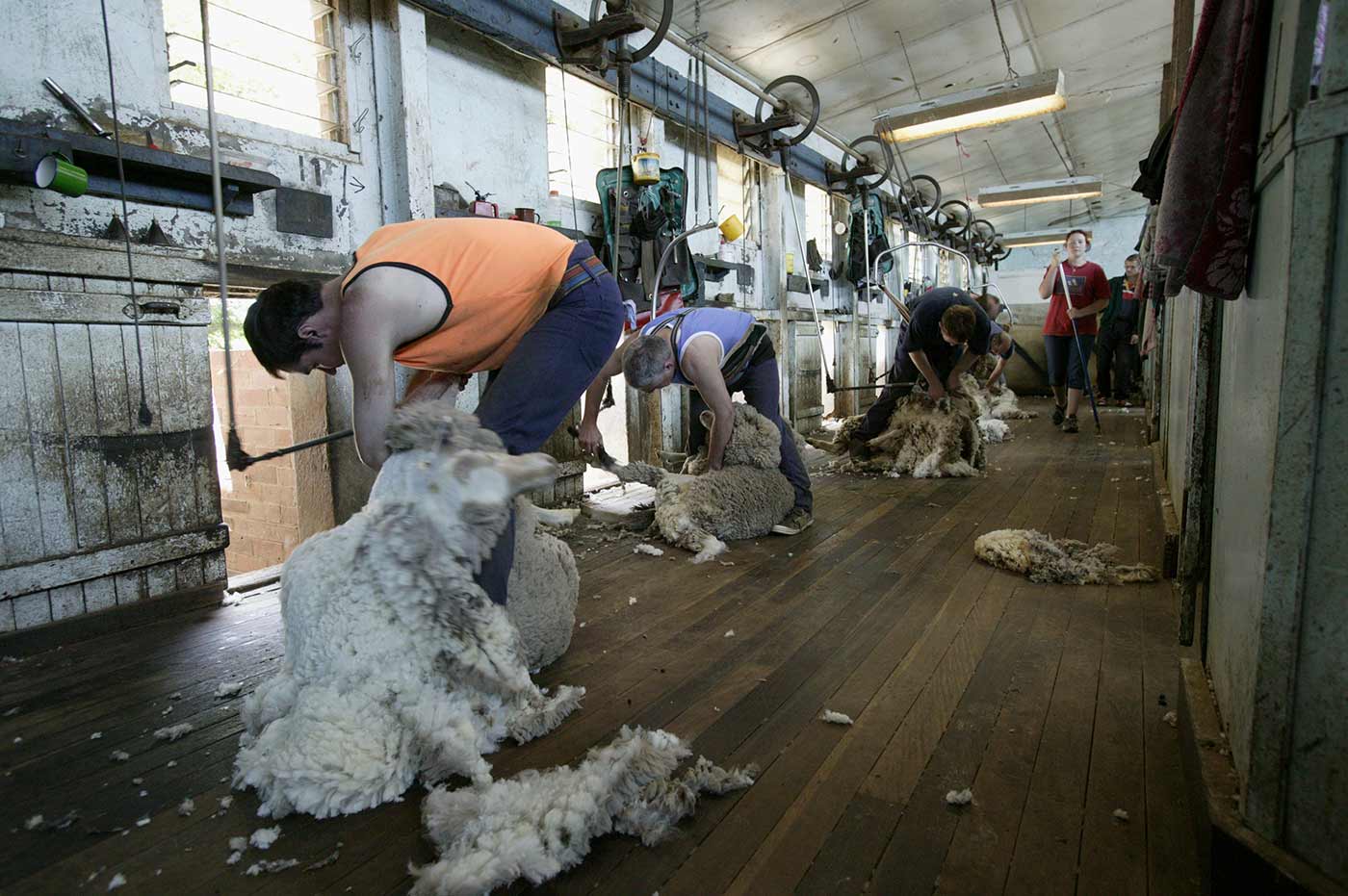 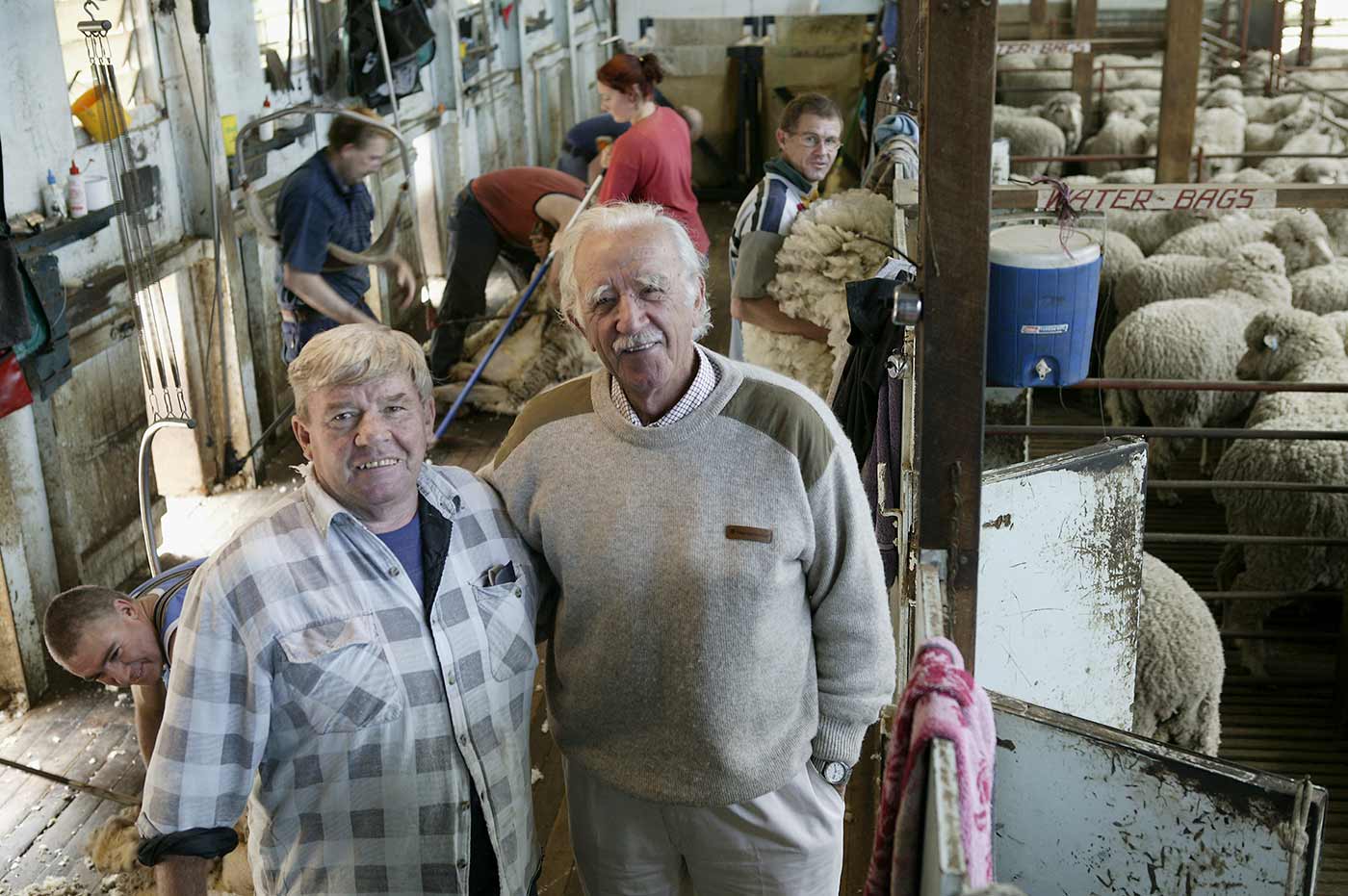 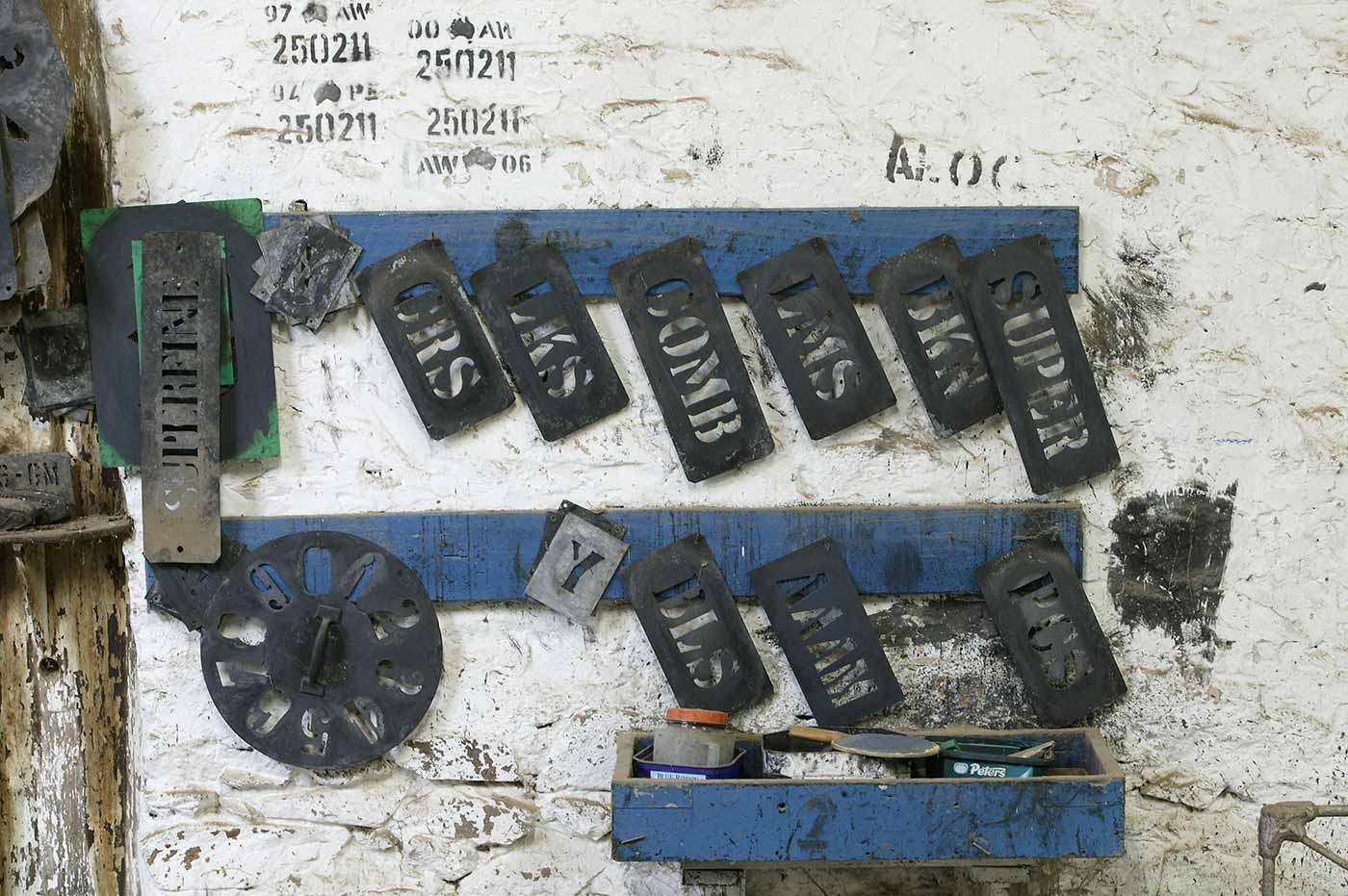 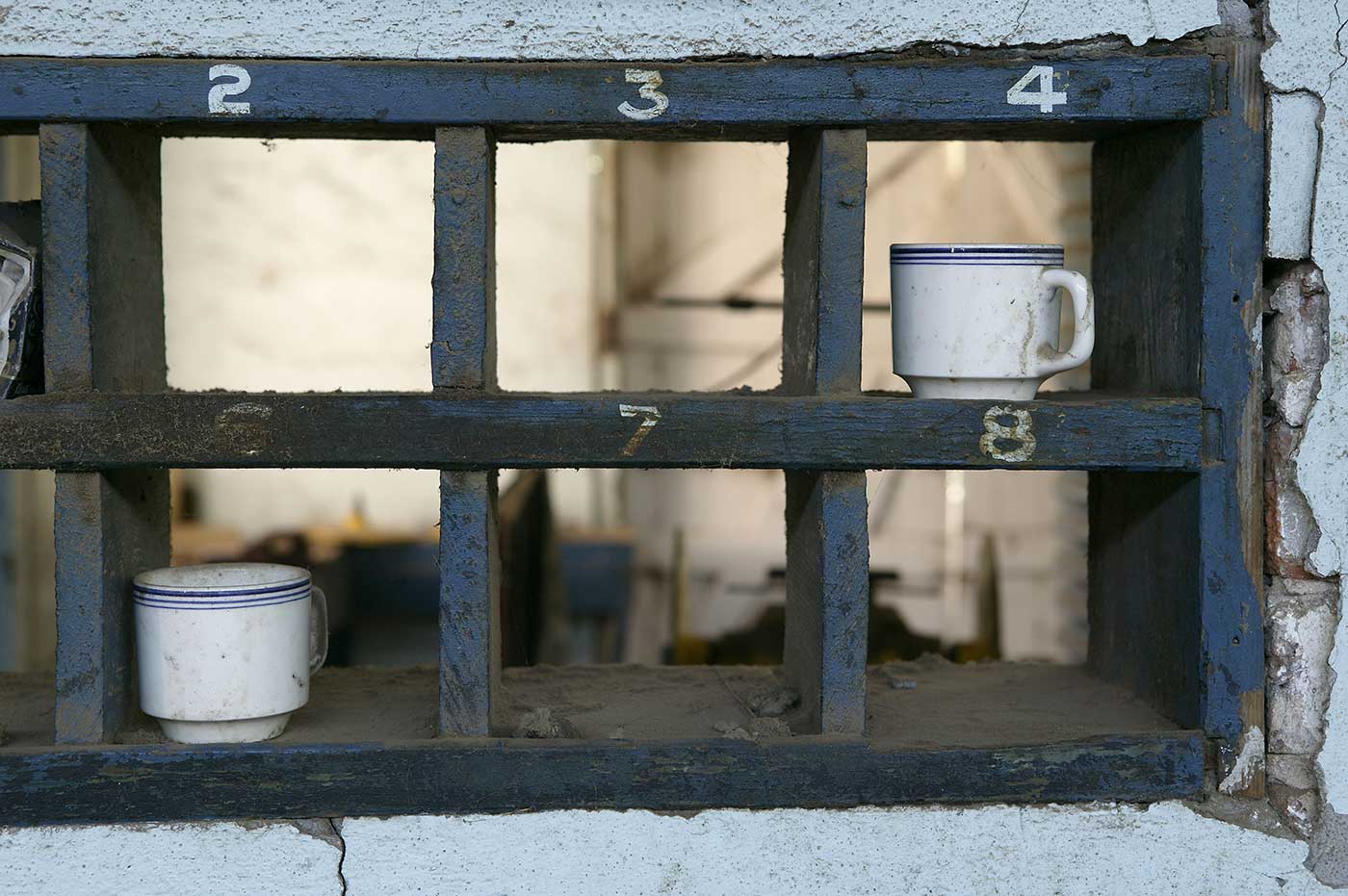 Sheep penned at the back of Springfield woolshed