In February 1865 four of the Faithfull brothers were attacked by bushrangers Ben Hall and his gang members, John Gilbert and Johnnie Dunn.

Monty and Reginald Faithfull were returning to The King's School in Sydney after their summer holidays, and their older brothers William Percy and George were taking them to Goulburn to see them off by coach.

As the boys turned out of Springfield's drive and on to the main road in their four-in-hand carriage, they were bailed up and shot at by the gang.

To the bushrangers' surprise, the teenage boys fired back. It was a short but harrowing battle during which many shots were fired.

The Faithfull boys escaped and Ben Hall and his gang retreated, with the only casualty being John Gilbert's horse. 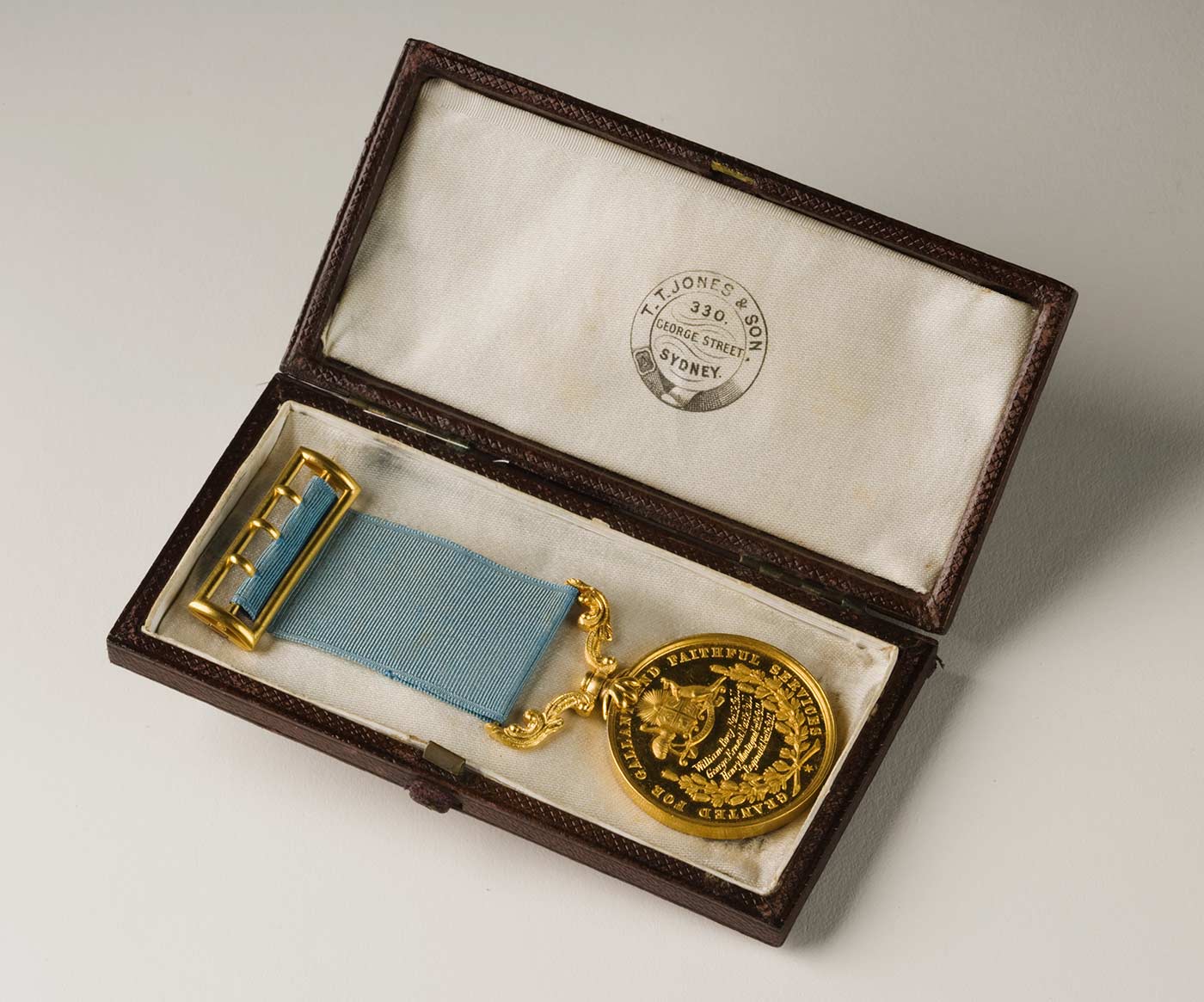 Eleven years later the New South Wales government recognised the bravery of the Faithfull brothers by awarding them a gold medal.

Gold was scarce at the time but William Pitt Faithfull had three more made — one for each of the boys.

The Springfield–Faithfull family collection includes several other objects linked to the incident, including a Colt Model 1851 Navy revolver and a 'Welcome home noble brothers' banner.

Letter from the Colonial Secretary's Office

I am directed by the Colonial Secretary to inform you that the Gold Medal which has been struck to commemorate the gallant resistance which yourself and your three brothers, the Messieurs William Percy, Henry Montague and Reginald Faithfull, offered to your assailants in the encounter with Hall's gang of Bushrangers on the 6th of February 1865 has been transmitted to Mr William Percy Faithfull who has been asked to accept it for himself and his three brothers as a testimonial awarded by the Government to all in common.

I have the honour to be,
Sir,
Your most obedient servant,