The Springfield–Faithfull family collection is one of the largest and most wide-ranging collections to have been gifted to the National Museum in Canberra.

This remarkable record of one colonial family's life and work exists mainly because of the efforts of William Pitt Faithfull's daughter Florence and her niece Bobbie Maple-Brown.

When the collection was donated to the National Museum in 2004, many of the objects were stored in the two-room Faithfull family museum set aside at Springfield by Bobbie. Other objects, such as a custom-built landau carriage shipped from New York, were stored in Springfield's sheds.

Some objects in the collection pre-date 1800, and most likely were brought to Australia from England by members of the Faithfull family, and the associated Deane and Pitt families.

The collection contains a range of garments spanning over 200 years from the 1730s to the 1960s that were worn ⁠— or are strongly linked with ⁠— five generations of the Faithfull, Deane and Maple-Brown families. 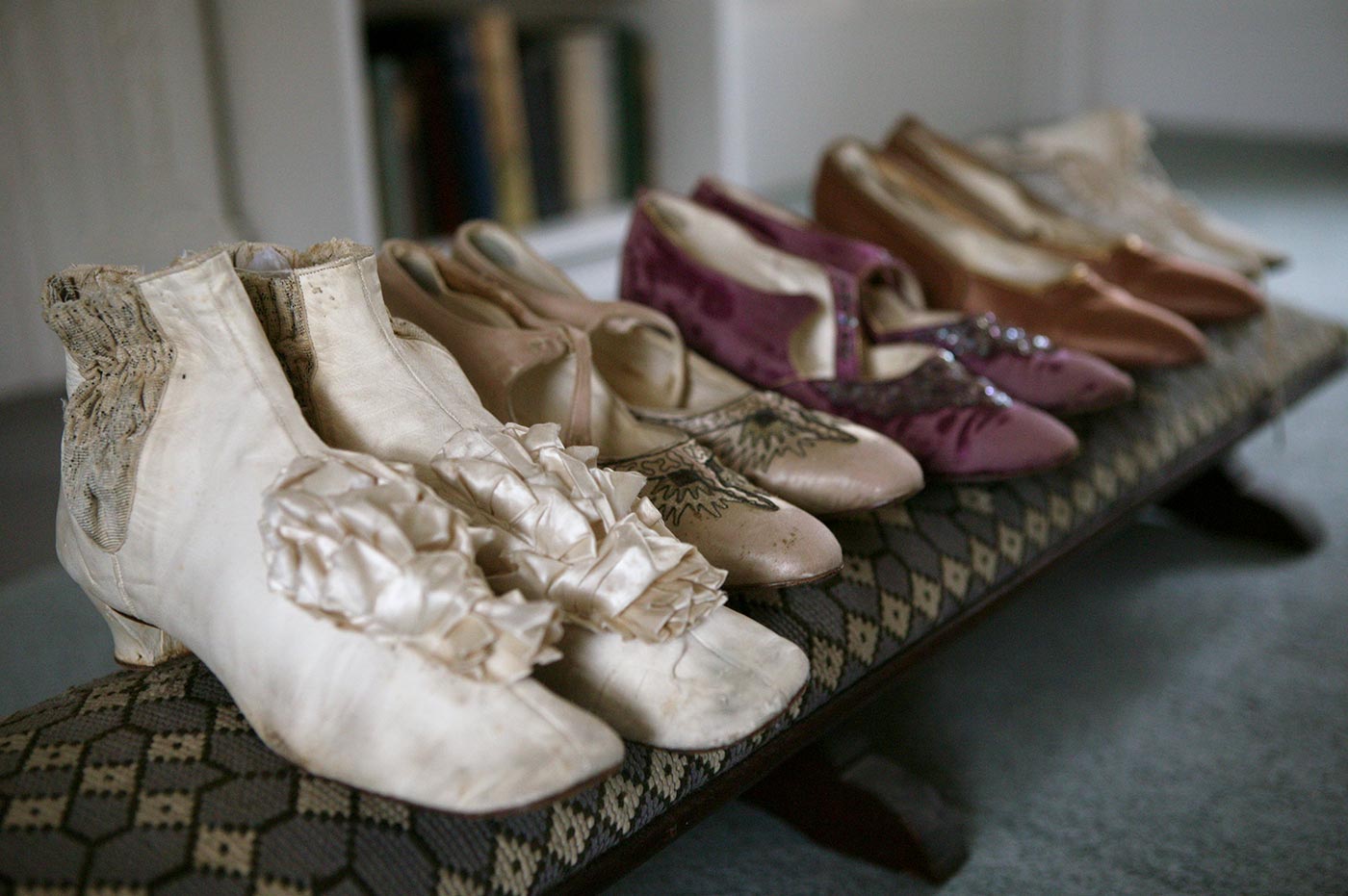 The collection includes garments spanning 200 years of fashion, with many shoes and accessories

Custodians of a family's history

A combination of circumstance, good housekeeping, sentimentality and foresight contributed to the formation of the Springfield–Faithfull family collection. Its early custodians were Florence Faithfull and Bobbie Maple-Brown.

William Pitt Faithfull's eldest daughter Florence never married and lived in the main Springfield homestead from her birth in 1851 until she died at the age of 98 in 1949. The house was not renovated in that time and Florence seems to have kept many of the family's belongings.

Florence's sentimentality and good housekeeping resulted in a very significant accumulation of clothing, books and other domestic items, many dating from the 19th century. Many are in excellent condition.

When Florence died, her niece Bobbie Maple-Brown moved into the homestead with her husband Irwin and their family. Bobbie had always been intensely interested in her family's history and carefully brought together and sorted her family's possessions after she renovated the house in the 1950s.

A large collection of papers was donated to the National Library of Australia, and some material was given to members of the extended family.

Most of the objects remained at Springfield in two rooms set aside by Bobbie as a museum. Larger items were stored in the coach-house, stables, shearing shed and other buildings which sat around a square adjacent to the Big House.

Inside the Faithfull family museum

See the Faithfull family museum in 2004, just before objects donated to the National Museum were moved to Canberra.

Bobbie's children Jim Maple-Brown and Diana Boyd inherited Springfield and, with Jim's wife Pamela, were responsible for the donation of the collection to the National Museum in 2004.

The collection was as one of the largest donations recorded by the Cultural Gifts Program, an Australian Government initiative which encourages gifts to public institutions by offering a tax deduction to donors. 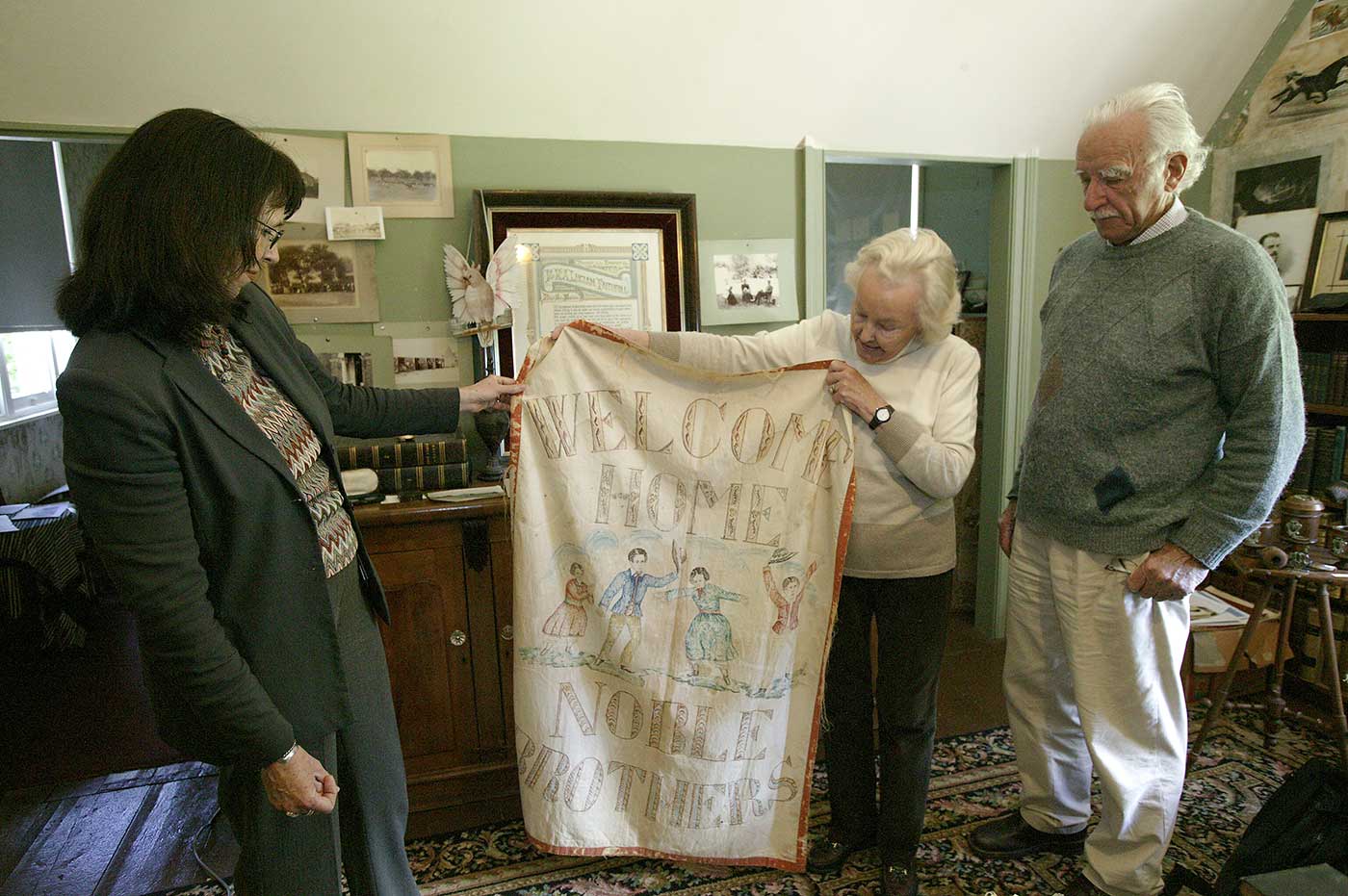 Carol Cooper from the National Museum (left), with Pamela and Jim Maple-Brown inside the Faithfull family museum

The National Museum was delighted with this substantial gift that spanned a large part of Australia's colonial history. The family was also pleased that the immense collection was being kept together and preserved. Family members assisted with the documentation and provided important contextual knowledge that had been handed down over the generations. 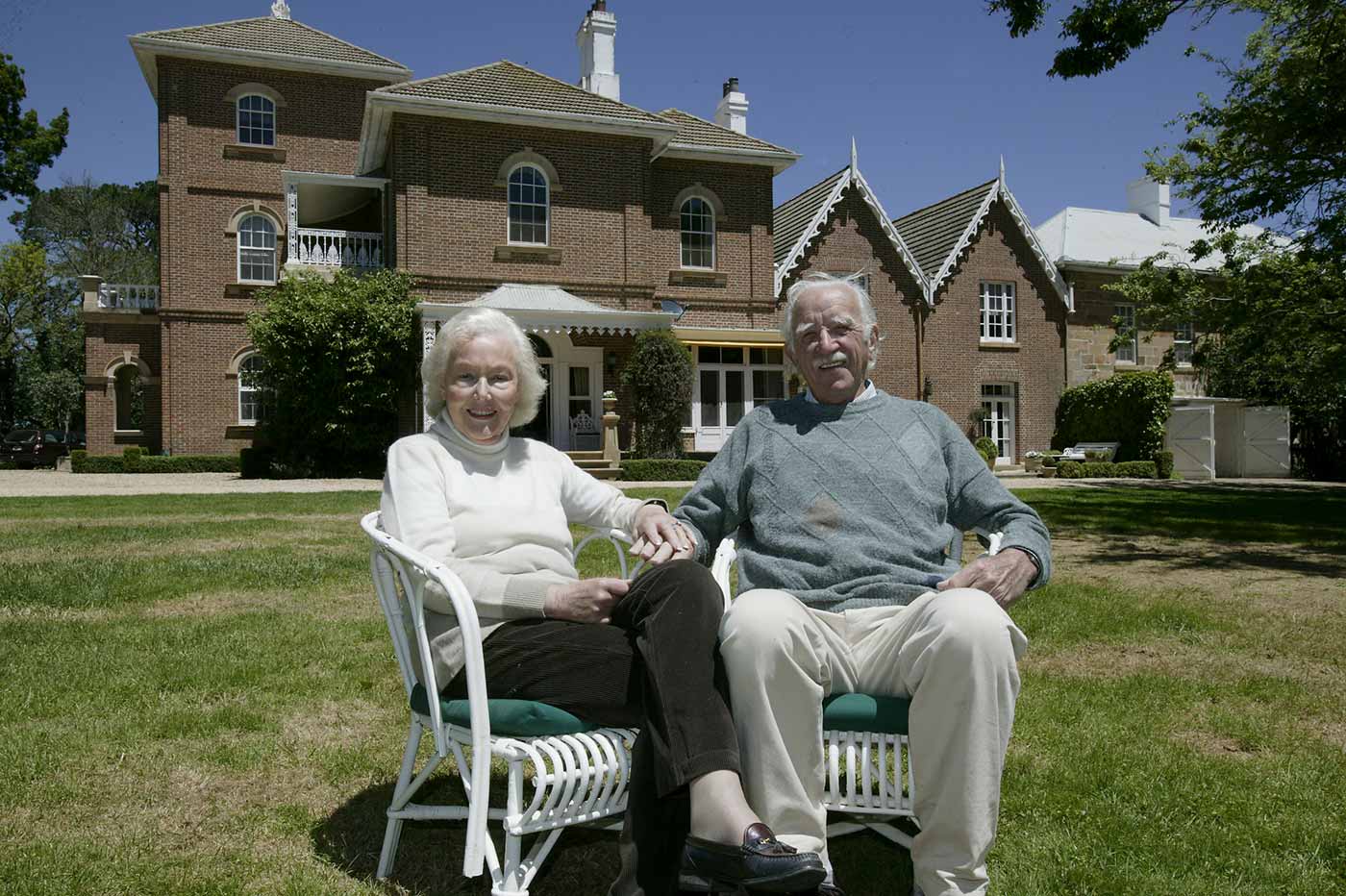 Pamela and Jim Maple-Brown at the main Springfield homestead, 2004

The Museum continues to work closely with the family to accurately document the collection and to ensure that family members have access to their shared heritage.

The Springfield property, comprised of the main homestead and 500 acres of land, was sold in late 2007. Faithfull family descendants still live and work in the area.

Faithfull family papers at the National Library of Australia