A Guan Di Temple or joss house is depicted top right in this scene. At left, Reverend Ernest Leong Gie of the Chinese Methodist Church is talking to his parishioners. 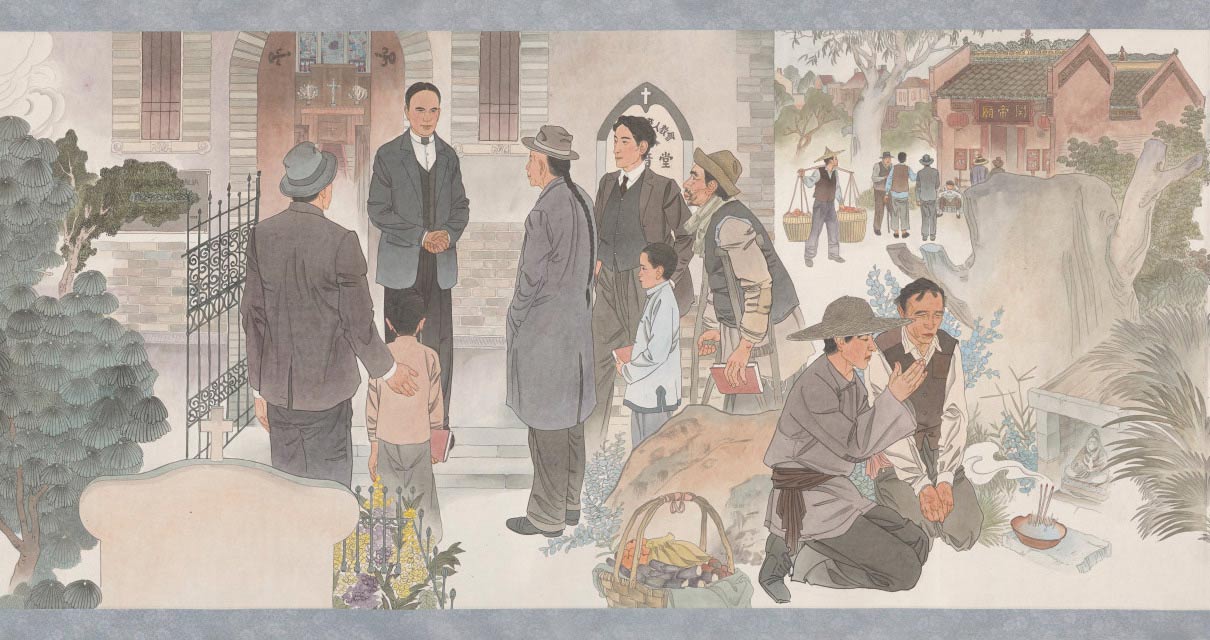 Traditional Chinese religion, especially ancestor worship, was important in the lives of Chinese immigrants. Chinese temples or joss houses were established in many goldfield towns and in cities.

These joss houses were dedicated to, and contained, the effigies of various Chinese gods and goddesses, including: Cai Shen, the god of wealth; Guan Yin, the goddess of mercy; Guan Di, the god of loyalty and protection from injustice; and Tian Hou, goddess of the sea. Worshippers prayed and made sacrifices to their ancestors and these gods for health, prosperity, safety and good fortune.

Many Chinese in Australia also accepted Christianity in order to become part of the wider community. The Anglican, Wesleyan Methodist and Presbyterian churches all established missions in the major Chinese centres.

The Reverend Ernest Leong Gie, usually known as Leong On Tong, was one of the two leading Chinese Methodist ministers in Melbourne. The other was the Reverend James Lee Moy Ling. Cheok Hong Cheong, who was educated in Australia by Victorian Presbyterians, became the leading public voice of the Chinese in Australia and combined his Chinese community work with the leadership of the Anglican Chinese Mission in Victoria.

The Reverend George Soo Hoo Ten, a Baptist convert from California, came to Australia and was ordained in 1886 at St Andrew’s Cathedral. He extended the Church of England’s mission in the Sydney Chinese community and through his work two churches were built, one in Botany and another in Wexford Street, Sydney. A few Chinese also attended churches of the Catholic and Baptist denominations. 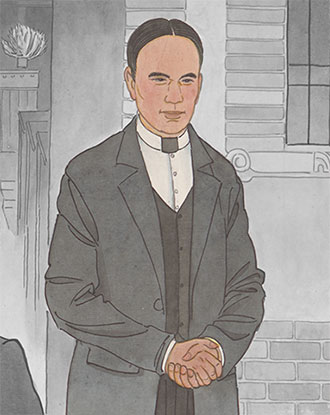 Reverend Ernest Leong Gie (also known as Leong On Tong) was one of the two leading Chinese Methodist ministers in Melbourne.