In 1987 Mo Yimei, a university lecturer from Shanghai, was undertaking post-graduate studies at the Australian National University in Canberra. Concerned that the contribution of people of Chinese heritage to the development of Australia had been largely overlooked, she devised a plan for an epic illustrated history.

This creative approach would also provide members of her talented family with a unique opportunity to demonstrate their artistic abilities. Her brother, Mo Xiangyi, and his wife, Wang Jingwen, are both highly skilled artists.

The Australia China Friendship Society agreed to sponsor the Harvest of Endurance as an Australian Bicentenary project and the intensive process of investigation, research and creation of the scroll began.

The scroll, painted in gong bi style on special, scroll-grade paper, took just over 12 months to complete. The painted panels were sent to the Beijing Art Work Company to be mounted onto a silk scroll fabric. On the scroll’s return from China, the artists worked meticulously to integrate the segments and add calligraphy to the beginning and end.

The Harvest of Endurance was first displayed in December 1988 at the Museum of Chinese Australian History in Melbourne. In 1992 the National Museum of Australia acquired the scroll for the National Historical Collection. 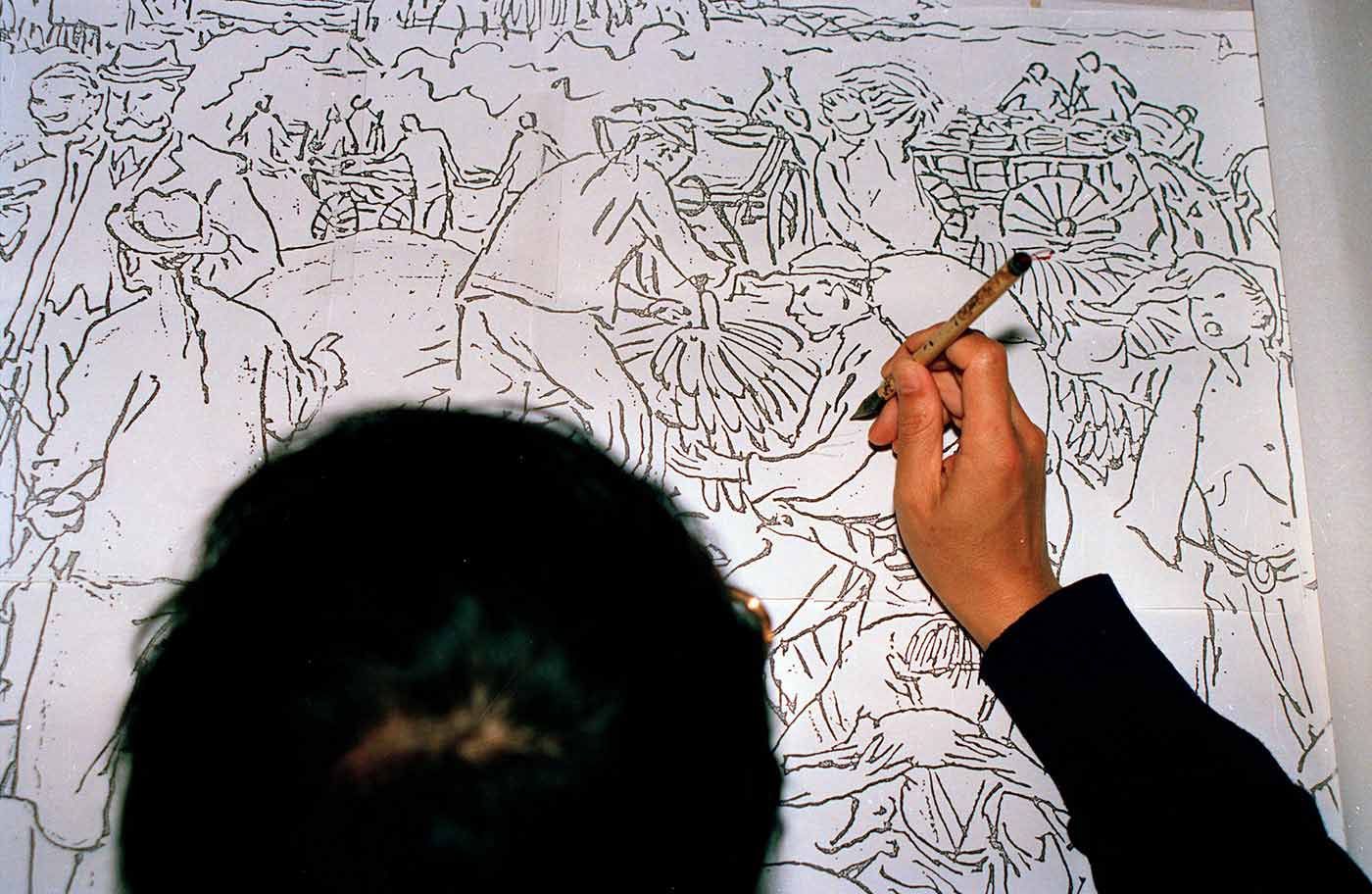 Mo Xiangyi was born in Guilin, Guangxi Zhuang Autonomous Region. A self-taught artist, Xiangyi has published many illustrated books and, prior to his migration to Australia, was artistic editor of the Hunan Daily.

Mo Xiangyi’s wife and professional partner, Wang Jingwen, assisted him in the painting of the scroll. Wang Jingwen was born in Changsha, the capital of Hunan, and is also a self-taught artist, particularly skilled in painting flora. She worked as a creator of promotional videos for the Agricultural Bank of Hunan Province, prior to settling in Australia. 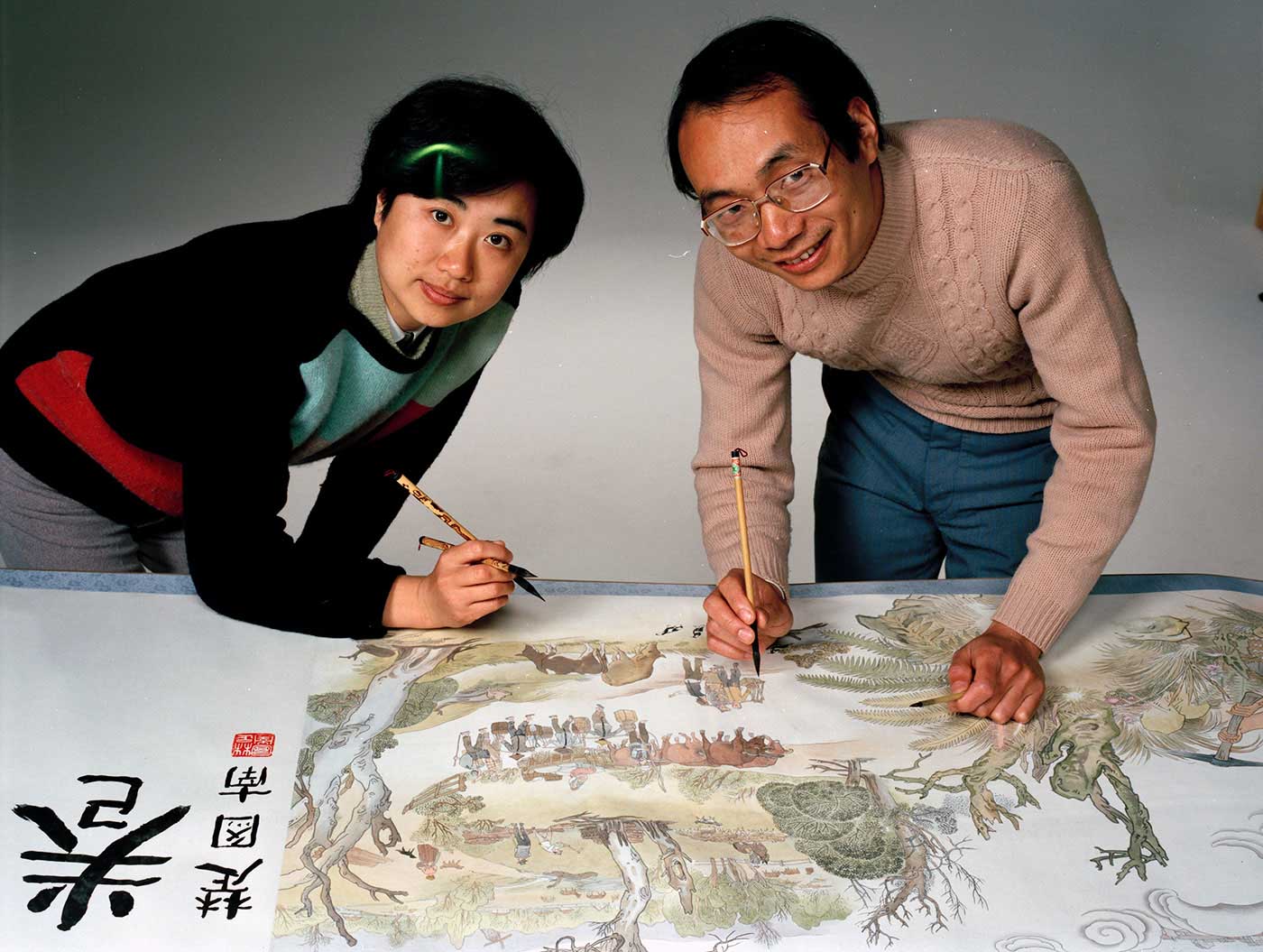 Mo Yimei taught English in the East China Normal University, Shanghai, before coming to the Australian National University, Canberra, in 1986, to undertake research in Malayan Chinese literature. It was Yimei’s dedication and determination that brought about the creation of the Harvest of Endurance scroll. Yimei researched the many people, events and stories that make up the history of the Chinese in Australia. This history was then transformed by the artists into an illustrated and representative historical record.

Mo Yimei acknowledges the valuable support given to the project by the Chinese community in Australia and the wider Australian community. However, Yimei notes that the constraints of time and resources limited the scope of the project and that there were some notable omissions from the scroll. There are many more stories that could be told about the contribution made by Chinese people to Australia.

After researching and visiting locations which were integral to the stories of the Chinese in Australia, artist Mo Xiangyi chose the gong bi style to represent their history and the hardships they have endured.

The term gong bi is made up of two Chinese characters meaning ‘regular’ and ‘brush’. The style of painting requires meticulous brushstrokes to be applied to develop the desired colour and composition.

Three to ten applications of colour and ink can be necessary to achieve the desired result. 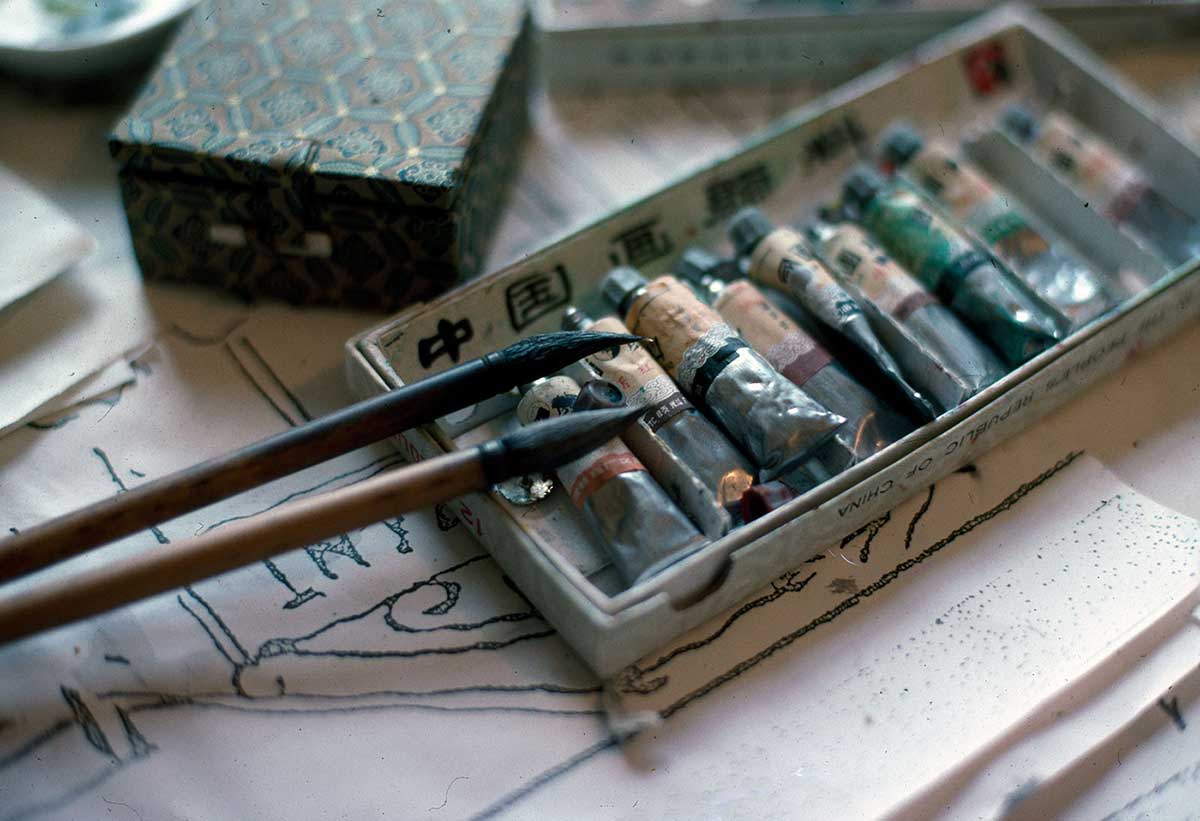 Paintbox and brushes used for the Harvest of Endurance, which was painted in the gong bi style, requiring between three and ten applications of paint. Photo: Jeff Culnane

The gong bi style of painting is defined both by the methodology used to apply colour and ink and the painter’s philosophical approach to the subject matter.

A series of rules governs how the painter’s emotions are to be expressed in the work.

Confucianism teaches that success is won through forbearance and a scroll painted in the gong bi style is achieved by an appreciation, even a spiritual understanding of the subject matter.

Artists Mo Xiangyi and Wang Jingwen started work on the Harvest of Endurance on 1 October 1987, and finished work on 22 October 1988.

More on the scroll