The healing properties of traditional Chinese medicine have become well-known in Australia. At right, Kwong Sue Duk, a noted herbalist, is treating sick people in country Australia. Other figures depicted are involved in traditional Chinese pastimes, including watching a folk opera and playing Chinese chess.

The healing properties of traditional Chinese medicine became known through the work of travelling herbalists such as Kwong Sue Duk.

Kwong worked on the Californian goldfields before returning to China in 1874 to study traditional medicine. He migrated to Darwin (then known as Palmerston) in 1875. He established a general store trading under the name of Sun Mow Loong where he offered treatment for many diseases and ailments.

Kwong later travelled throughout the goldfields, towns and countryside in Victoria, Queensland and the Northern Territory. He provided relief for many sufferers of arthritis, fevers and muscle strain and was well-known for his kindness and generosity.

Kwong eventually had four wives and 24 children. After settling in Melbourne he became known as the ‘Russell Street healing herbalist’, and was renowned throughout Australia for his healing abilities.

Many Chinese immigrants had strong loyalties to their Chinese counties. People from the same counties often formed social clubs, or hui-kuans. These clubs offered friendship, helped the sick and aged, and offered mutual protection. Many raised money to send the remains of the deceased back to China for burial and to assist those affected by natural disasters in China.

Despite intermarriage and the adoption by some of Christianity, strong cultural elements survived and were evident at Chinese festival times. Chinese communities worked hard to maintain Chinese culture and traditions.

Many wealthier families sent their sons back to China for their primary education, thus ensuring fluency in both oral and written Chinese language skills and an understanding of Chinese religious practices and culture. 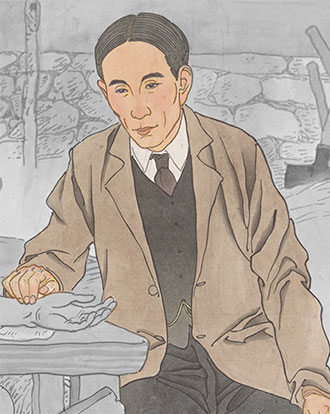 The healing properties of traditional Chinese medicine became known through the work of travelling herbalists such as Kwong Sue Duk.