This gorget is another of the five in the Museum’s collection which has the figure of an Aboriginal man incorporated into the decorative design. The engraved tableau is a lively scene. The man, dressed in a pair of breeches, is hunting and has just fired his gun at a startled kangaroo. 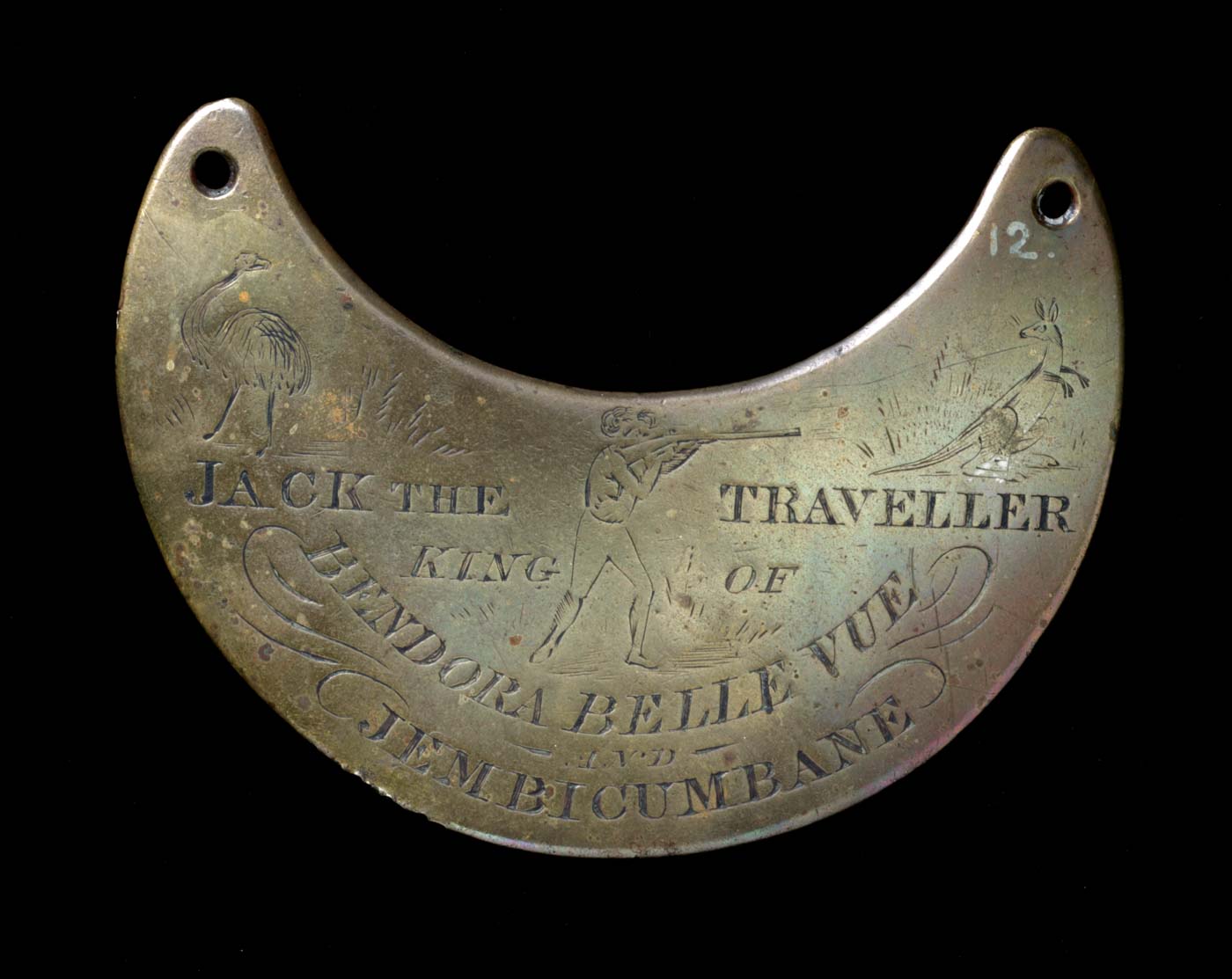 Jack the Traveller, King of Bendora Belle Vue and Jembicumbane

The whole scene is being watched by a goggle-eyed emu. Although sketchy, the man is accurately and dynamically drawn. He leans into his long-barrelled gun bracing himself, having just fired the piece. Fine lines suggest the hammer action of the gun and smoke from the charge at the end of the barrel.

Nothing has yet been discovered about Jack the Traveller. However, the scene on his gorget suggests an Aboriginal person who has embraced some aspects of colonial society. He wears clothing and uses a gun, which suggests the value placed by Aboriginal people on such a weapon for hunting. The locations named on the gorget can be identified. Bendora Belle Vue is very likely to have been Bendora Station on the Shoalhaven River and Jembicumbane is certainly Jembaicumbene Creek, also on the Shoalhaven River. [1]