This is one of five gorgets in the Museum’s collection which have pictures of Aboriginal men incorporated into the design (none has a picture of a woman). However, it is only one in which an attempt has been made to portray an Aboriginal man without alluding in any way to influences from colonial society. 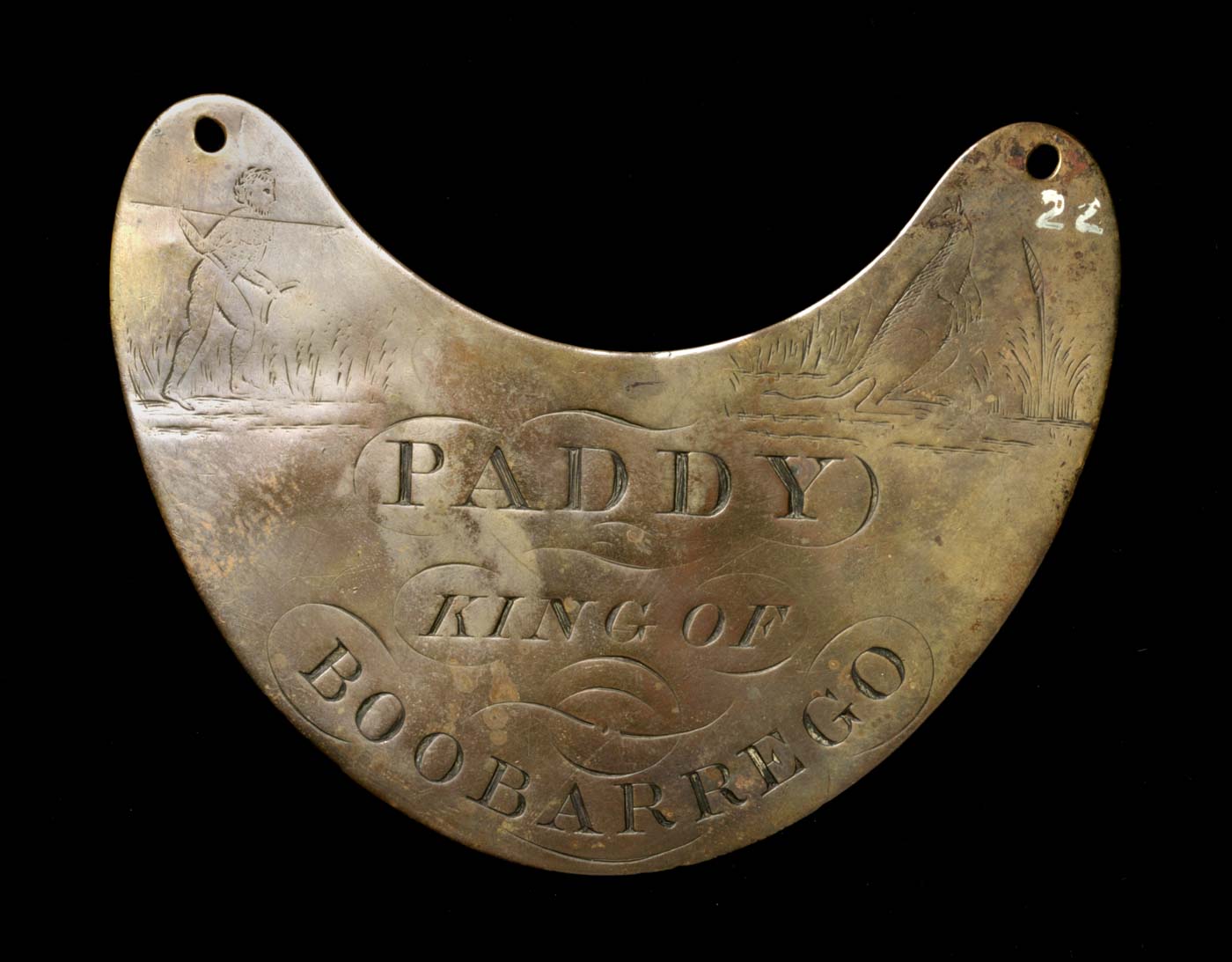 The scene is a tableau which is supposed to represent a traditional Aboriginal hunting scene. On one side of the gorget is the man who stalks a kangaroo on the opposite side; his spear is poised and he carries a boomerang. Around his waist is a belt which may be a fillet made of fish net.

A xanthorrhoea evokes an Australian bush setting for the action. The plate is well crafted from sawn brass and the engraving is the work of a professional. Well-worn holes for suspending the gorget indicate that the gorget was used often.