King of the Barwon Blacks

This gorget is sand-cast brass and has the founder’s initials, E.G., incorporated into the casting on the posterior surface in the upper right horn. The simple emu and kangaroo design is naïve, almost crude. However, the piece is well proportioned and skilfully executed and the maker has taken the trouble to embellish the inscription and design with an infill of glossy black pitch. 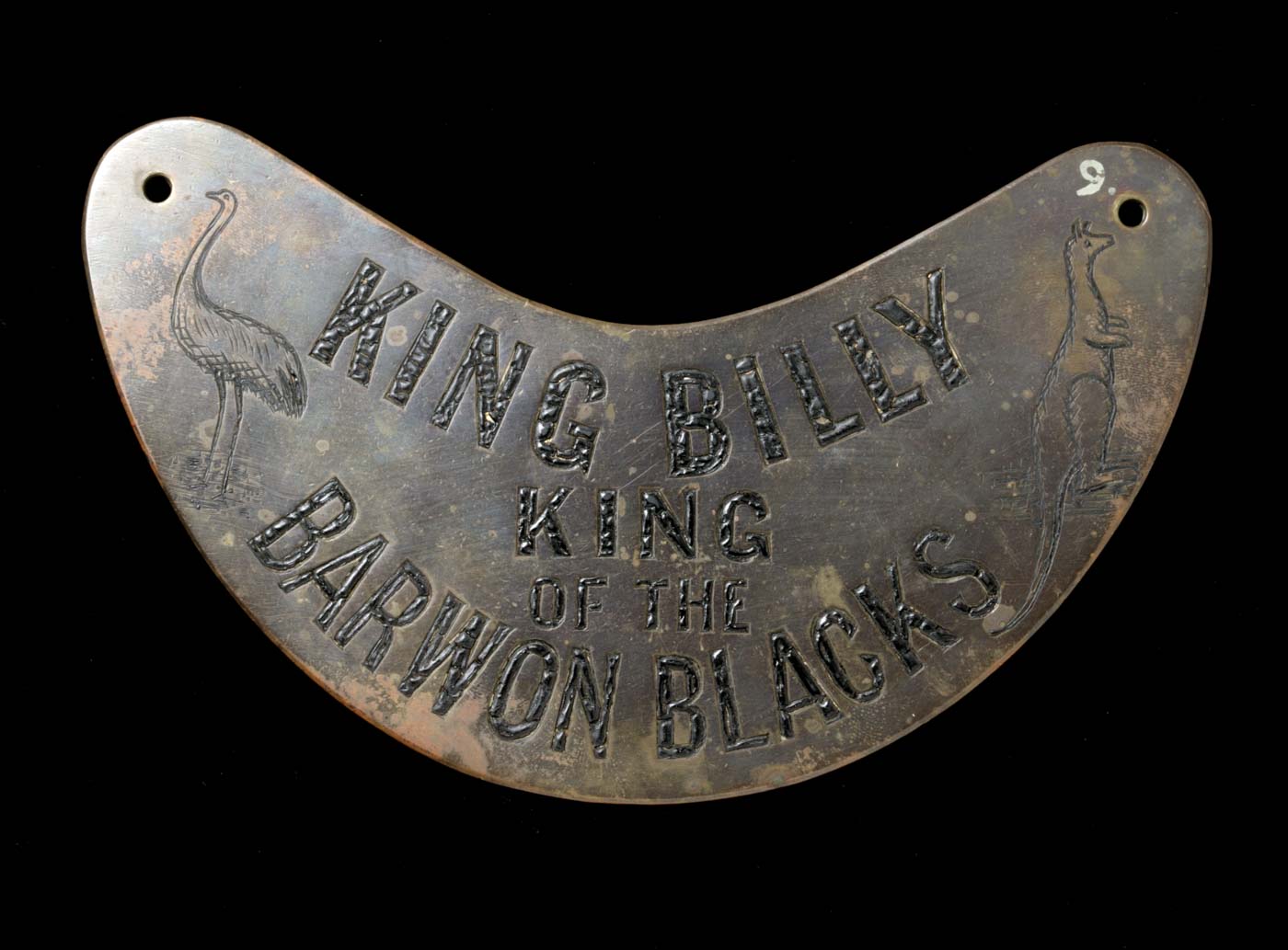 The style of the design and lettering is early 20th century which is reinforced by a comment made by the collector, Edmund Milne, which claimed that the gorget was ‘modern’.

King Billy was well known to Jimmie Barker, an Aboriginal man who spent some of his childhood on Brewarrina Mission, and wrote about the meaning of gorgets to his community and the people who owned them.