This sawn brass gorget is decorated with the common motifs of emu and kangaroo with floral embellishments of xanthorrhoea and what looks like a gum tree. The style of lettering and decoration suggest a mid-19th century date. 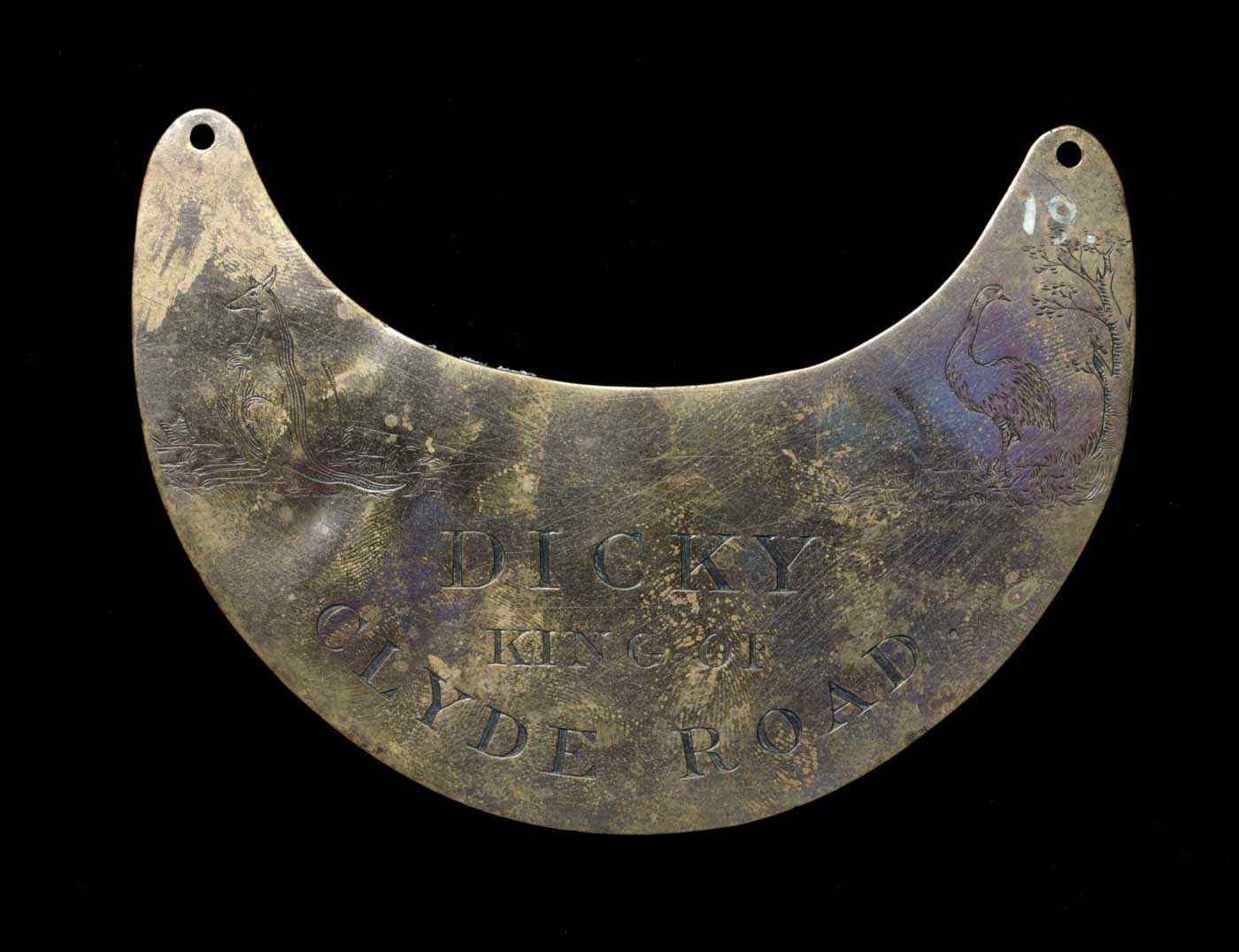 A letter from Senior Constable M. Keating of Batemans Bay Police Station to Milne stated that Dicky died about 1860, which reinforces the mid-century date for the gorget.

Keating’s letter provides all the information found to date about Dicky. Both he and his wife Janie were buried in Christian cemeteries in the Batemans Bay district and their headstones may still exist. Janie came from near Coomee’s country and they may have been known to each other.

After some considerable time, I have only been able to glean the following about Dickey’s history, which I trust will be a little towards your collection. ... Dickey was King of the Clyde River, over 50 years ago, and ruled the country embracing Moruya, Bateman’s Bay Clyde River to Braidwood. His term of reign was peaceful, he was of a very peaceful disposition, given mostly to hunting and fishing, and was generally known to the tribe as ‘Pretty Dickey’. ... He died over 50 years ago, and is buried on the bank of the Clyde River, near Nelligen, and was somewhere about 90 years of age when he died. Dickeys old Queen, Janie, died here on the 6th of December 1908, and was buried in the Catholic Cemetary [sic] at Batemen’s Bay. She used to say that her mother remembered the coming of Captain Cook, and she herself could remember the landing of the first white people at Broulee. [2]