This gorget is one of only two in the Museum’s collection which has a coronet incorporated as part of the shape of the gorget. The coronet rises above the centre of the crescent like a crest above a coat of arms. The popular kangaroo and emu motifs support the crown and an escarbuncle or sunburst divides the inscription. 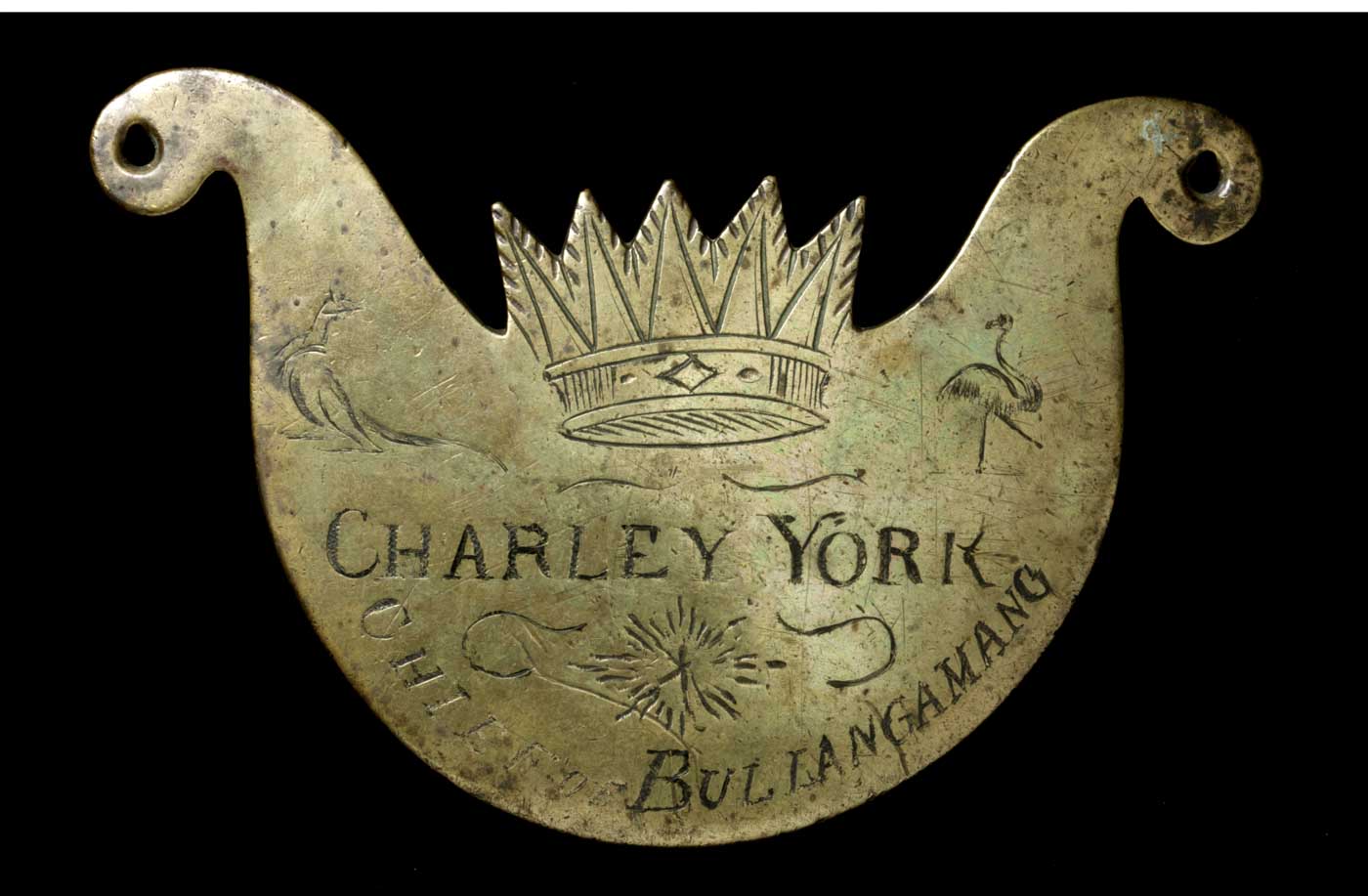 This gorget is crudely shaped and worked. It was sawn and forged and suggests the work of a bush-trained blacksmith rather than a skilled craftsperson.

The inscription is also rough and whoever executed the lettering almost ran out of space when writing Charley York’s title: he began comfortably with a widely spaced ‘Chief of’ but ran into trouble and cramped the end of ‘Bullangamang’. However, the well-worn and scratched appearance of the surfaces and the suspension holes suggest that the gorget was frequently used and handled.

Edmund Milne noted that the gorget was a ‘very old plate, one of the first issues’ and he obtained it from O Bruce Ryrie. [1] The style of lettering, design and generally aged appearance suggest Milne was correct in his assessment: ‘beyond the fact that ‘Charley York’ was one of the Upper Murrumbidgee Chiefs in the very early days, nothing can be gleaned’. [2]

On the Faunce blanket distribution list for Molonglo in 1841 there is an Aboriginal man listed who may be the same person: ‘‘Charley Jock’ native Name ‘Prongar’ aged 45 with one wife’. Bullangamang is likely to be ‘Bullanamang’ which was the station of W Bradley, in the district of Murrumbidgee, New South Wales. [3]

Hancock [4] has multiple references to William Bradley (died 1868) who owned a large section of the best grazing country in the Monaro, upper Murrumbidgee in the mid-nineteenth century.