This is the only heart shaped gorget in the Museum’s collection. It is a flat brass plate with simple but professionally executed engraving. The shape of the plate was sawn skilfully and symmetrically, indicating it was the work of a craftsperson.

The common emu, kangaroo and xanthorrhoea motifs are included in the decoration which is also embellished with an unusual pattern of Aboriginal weaponry. 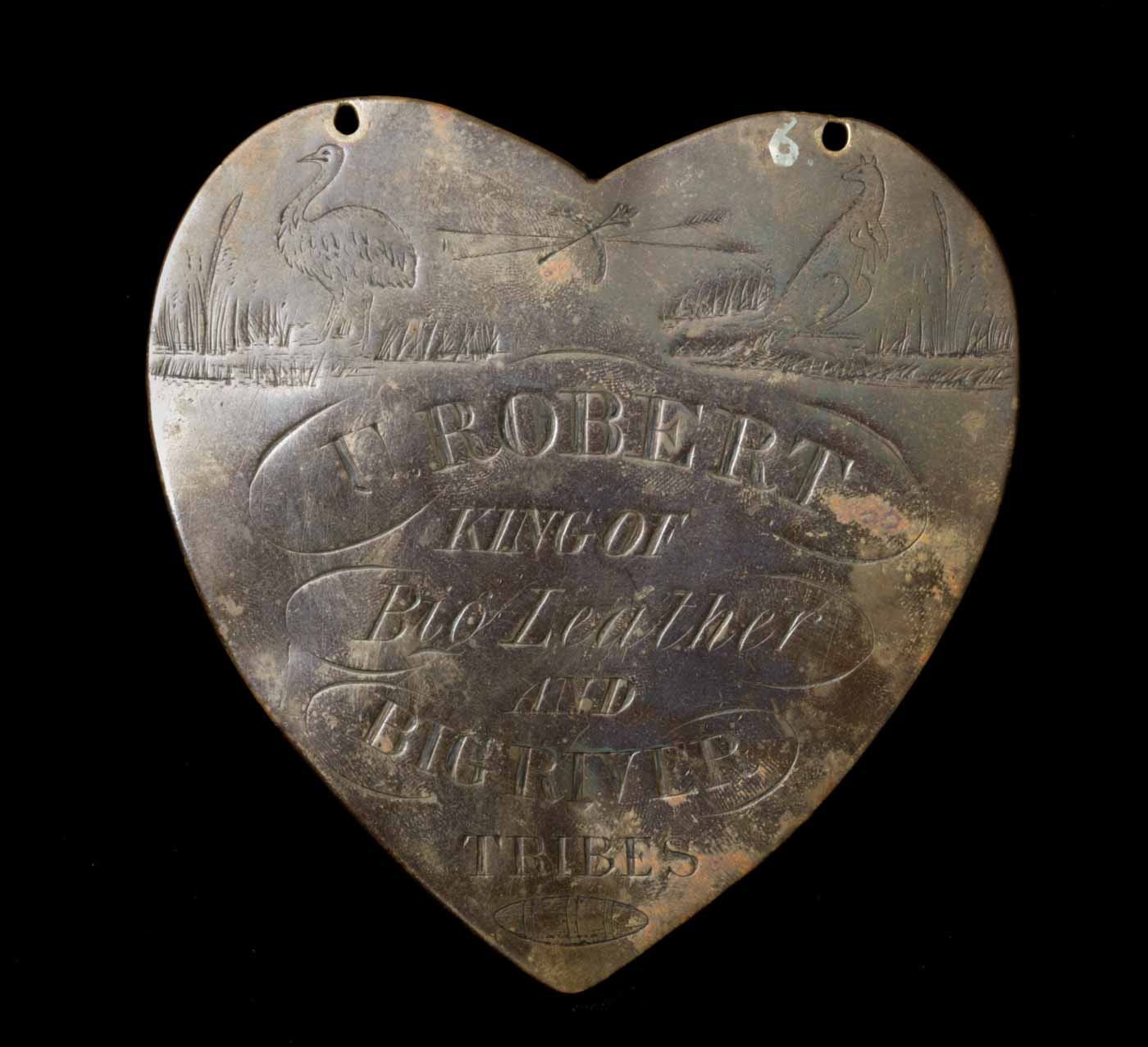 U Robert, King of Big Leather and Big River tribes

The spears, club, boomerang and shield are objects common to initiated adult Aboriginal men entitled to hunt animals and engage in combat. Just as the kangaroo and emu in a field are based on armorial bearers the Aboriginal weaponry evokes the maces, lances and swords so often included in the blazon of English nobility.

A note made by Edmund Milne supplies the only known record of U. Robert and his gorget:

‘U. Robert King of Big Leather and Big River Tribes’. A modern plate. Presented by Queen Mary Ann, relict of the old king, to Mr Ryrie. U. Robert was a very old man and died about 1896. His country lay to the North of the Gwydir River and along to the Barwon River and north towards the Queensland border. Of his early history, nothing is known. ... His Tribe was extinct in 1909, when Jimmy Smith, the last of the old Clan died. Jimmy Smith taught Major-General Sir Granville Ryrie to throw the boomerang when a young man at Goonal Station, Moree District. [1]

The Ryries with whom U. Robert was associated were a major pastoral family in New South Wales in the 19th and early 20th centuries. Their property was Michelago Station in the Monaro district.