The Quail’s saddlery collection of more than 3,000 objects includes furniture, machinery, patterns, finished and unfinished leatherwork and a large number of tools from a family saddlery at Cooma, in New South Wales.

Many of these items were probably used by William Quail when he established his first saddlery in 1890 and remained in use until the business closed more than 80 years later.

William Quail, leaning against the verandah post, with workmen outside his saddlery, before 1916

The Quail’s saddlery collection spans three generations of the family. (Vintura) Francis Quail was born in about 1827 in Oporto, Portugal. Aged 12, he joined the crew of a ship and travelled widely before spending time on the Victorian goldfields in the mid-19th century.

Lured by gold, he may have been the Ventura Quail, thought to be a native of Goa in India, that deserted the crew of the Lady Hodgkinson in 1854. Later Francis was said to have returned to Australia with a bootmaker friend. During the voyage he was taught the skills of the trade in return for paying the passage of his companion.

By 1864 Francis and his young family had moved to the Monaro region of New South Wales. Apparently arriving too late to prospect for gold in the Kiandra rush, he was employed as a ferryman at Buckley’s Crossing (later Dalgety) and worked as a bootmaker in his spare time.

After a flood in 1870 washed away the punt, Francis took up land nearby in the Bobundarah area. His only son to survive childhood, (Xavier) William Quail, was born in 1870.

William Quail in his sulky, drawn by pony stallion Jimmy Governor, about 1900

In 1884, 15-year-old William Quail began an apprenticeship with Robert Pollock of the Cooma Saddlery Mart. In 1890, after completing his apprenticeship, William opened his own saddlery on Vale Street, Cooma.

The store ledger for this period has ‘F Quail’ written on the cover, indicating that Francis was involved in some way in his son’s business (possibly as a financial partner). The venture was not a success. Perhaps disadvantaged by his location off the main street and by trying to establish a saddlery during a time of economic hardship, William was bankrupt in 1894.

He moved to Nimmitabel to work in his trade and consolidate his business. In 1899 his father advertised as a buyer of skins, possibly to help supply leather for the saddlery.

In late 1903 William purchased the saddlery business of Charles Wynne in a rented building on Sharp Street, Cooma. He maintained business interests in Nimmitabel and, in 1905, sent a saddler to open a new firm in Bemboka.

In 1916 William expanded his business further by purchasing larger premises on the main street. At its peak in the 1920s five men were employed at the store. For more than 80 years Quail’s saddlery businesses made, supplied and repaired harness, saddles and other leather goods in the Cooma region.

The store finally closed in 1972, having been run by Quail’s son Hugh following his father’s death in 1957.

William Quail preparing to fit a saddle to a horse outside his shop in Sharp Street, Cooma, New South Wales

Horses were essential to William's livelihood as a saddler and it was often through them that he engaged with the local community. Renowned for his horsemanship, Quail owned, bred, showed and raced horses.

At race tracks in the region, William's mare Padmark and her sire Finmark were regularly in the winner's circle. Further afield, his gelding Finpad won the 1933 Cootamundra Town Plate. William was secretary of the Nimmitabel Race Club and later the Cooma Race Club.

In the show ring William won all the categories in the leather exhibits section of the 1912 Cooma Show, with his hunting saddle, stock saddle and single buggy harness. His prize winning pony stallion, probably Jimmy Governor, was said to have been ‘admired by breeders of ponies’.

The Quail family were also involved in the fundraising procession for the Cooma hospital, taking part in the horsedrawn trade displays and donating procession prizes. In 1921 Master Eugene (later known as Hugh) Quail represented the firm by dressing up as a cowboy; ‘a veritable wild-wester with full equipment’.

'If it's a "Quail" saddle, he'll stick' reads the motto on this account from Quail’s Cooma Saddlery Mart, 1927

The Quail's saddlery collection includes hundreds of objects that range in size from a life-size model horse and a workbench that is more than 2.5 metres long, to an assortment of tacks in a small saddle soap tin.

The largest machines in the workshop include the sewing machine, horsehair carding machine and the winker press. Each helped to simplify or speed up a task that would be onerous by hand.

The well-worn hand tools are indicative of the range used by Quail and his employees to punch, sew, stuff, mould and decorate the saddles and harness they repaired and sold. 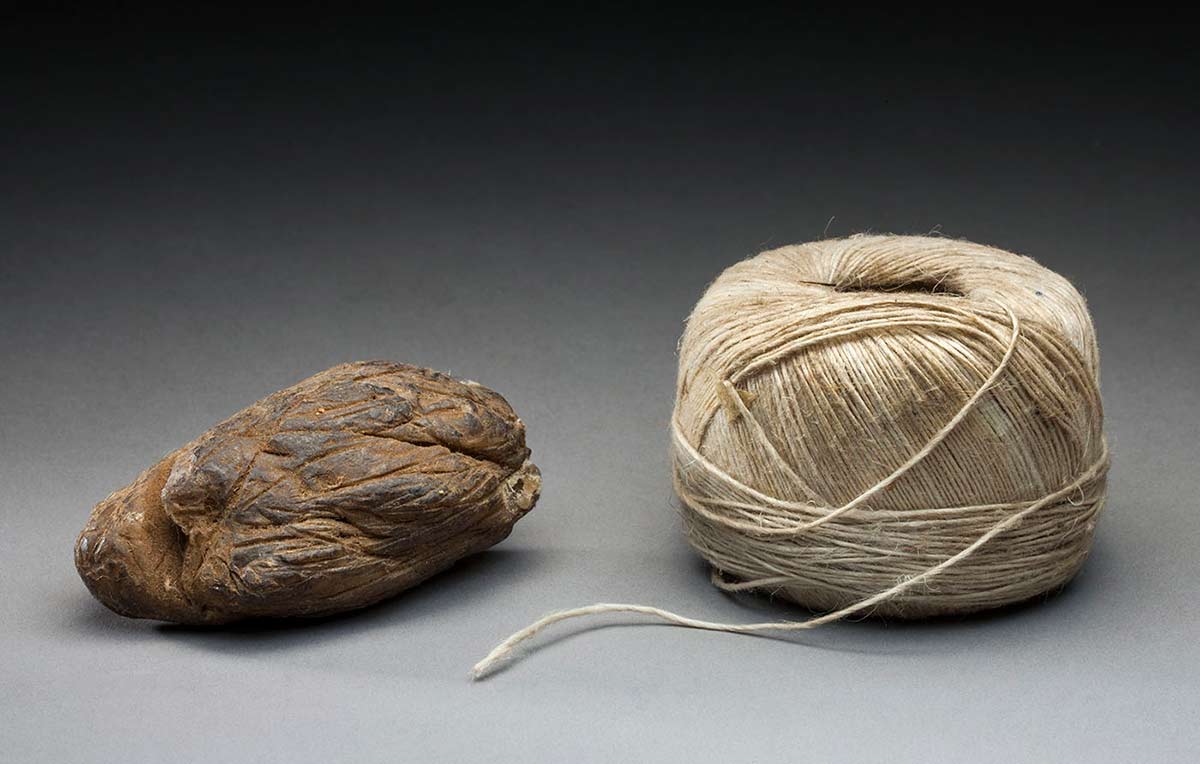 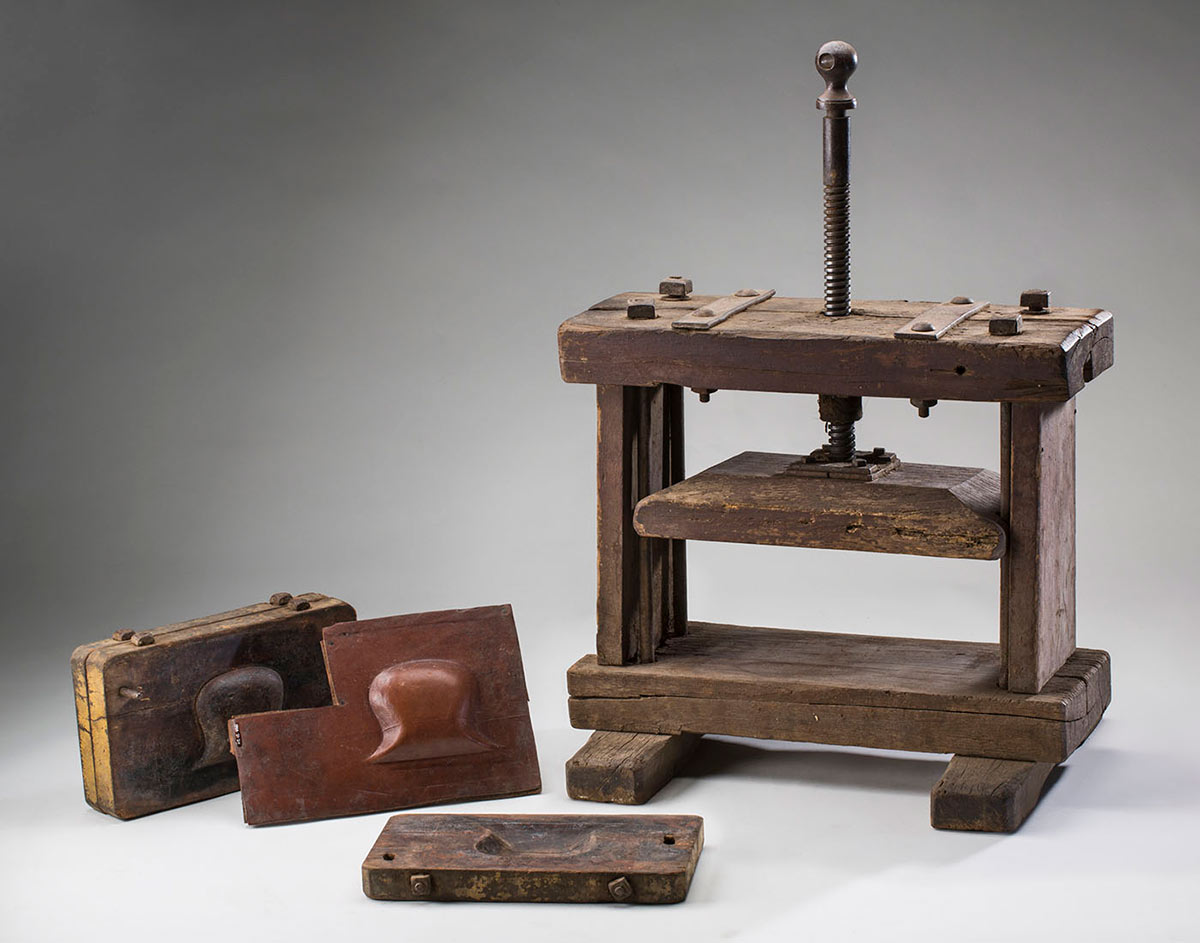 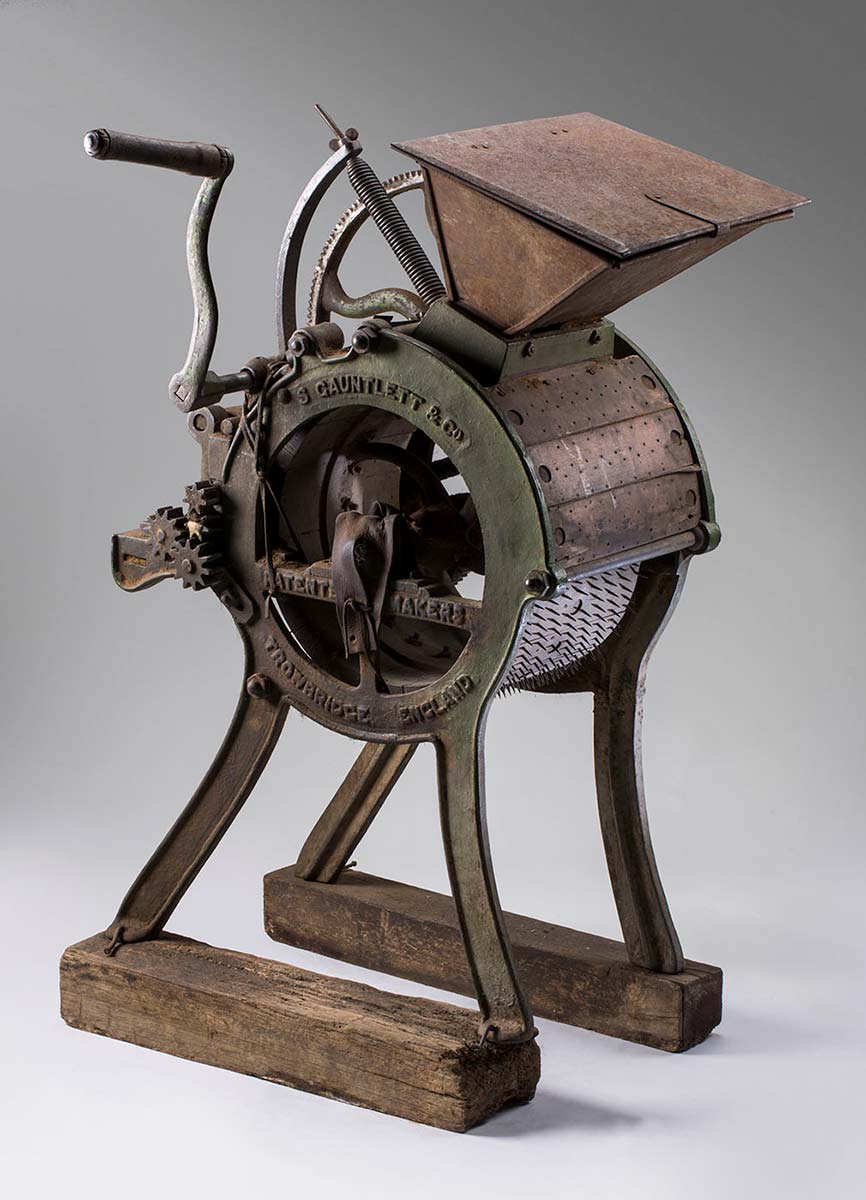 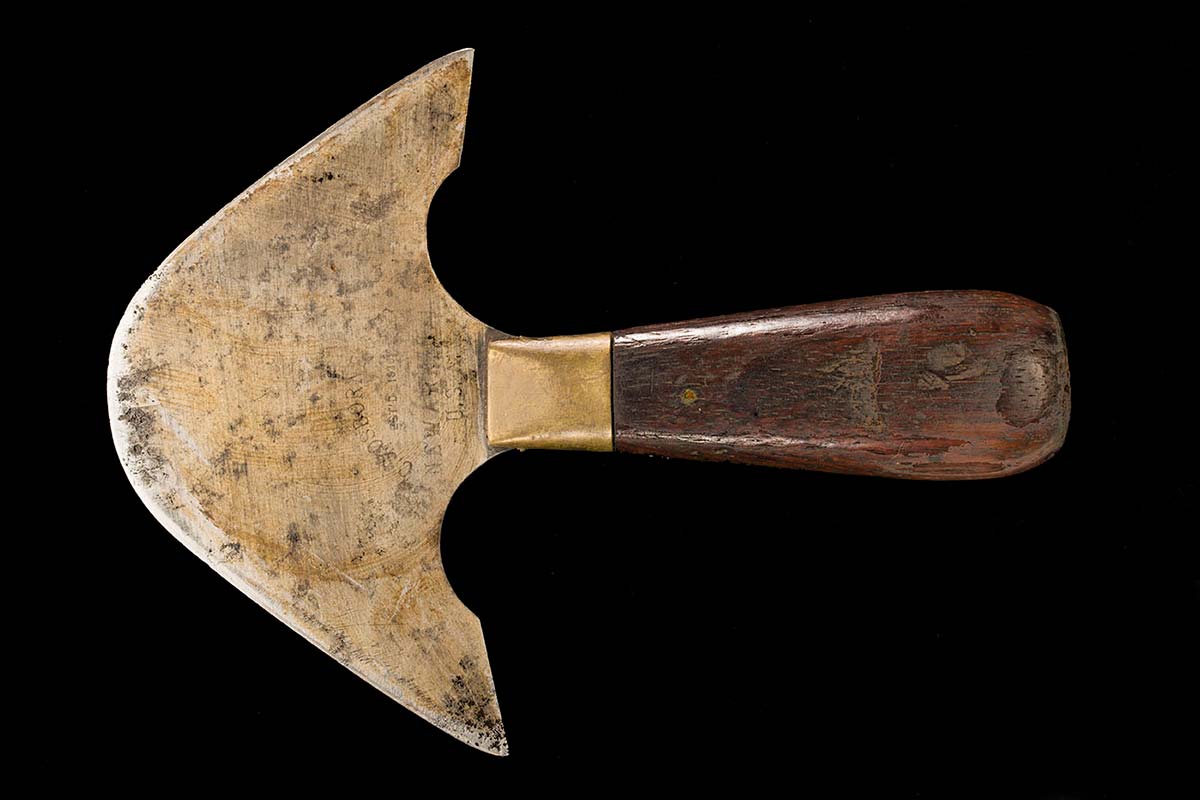 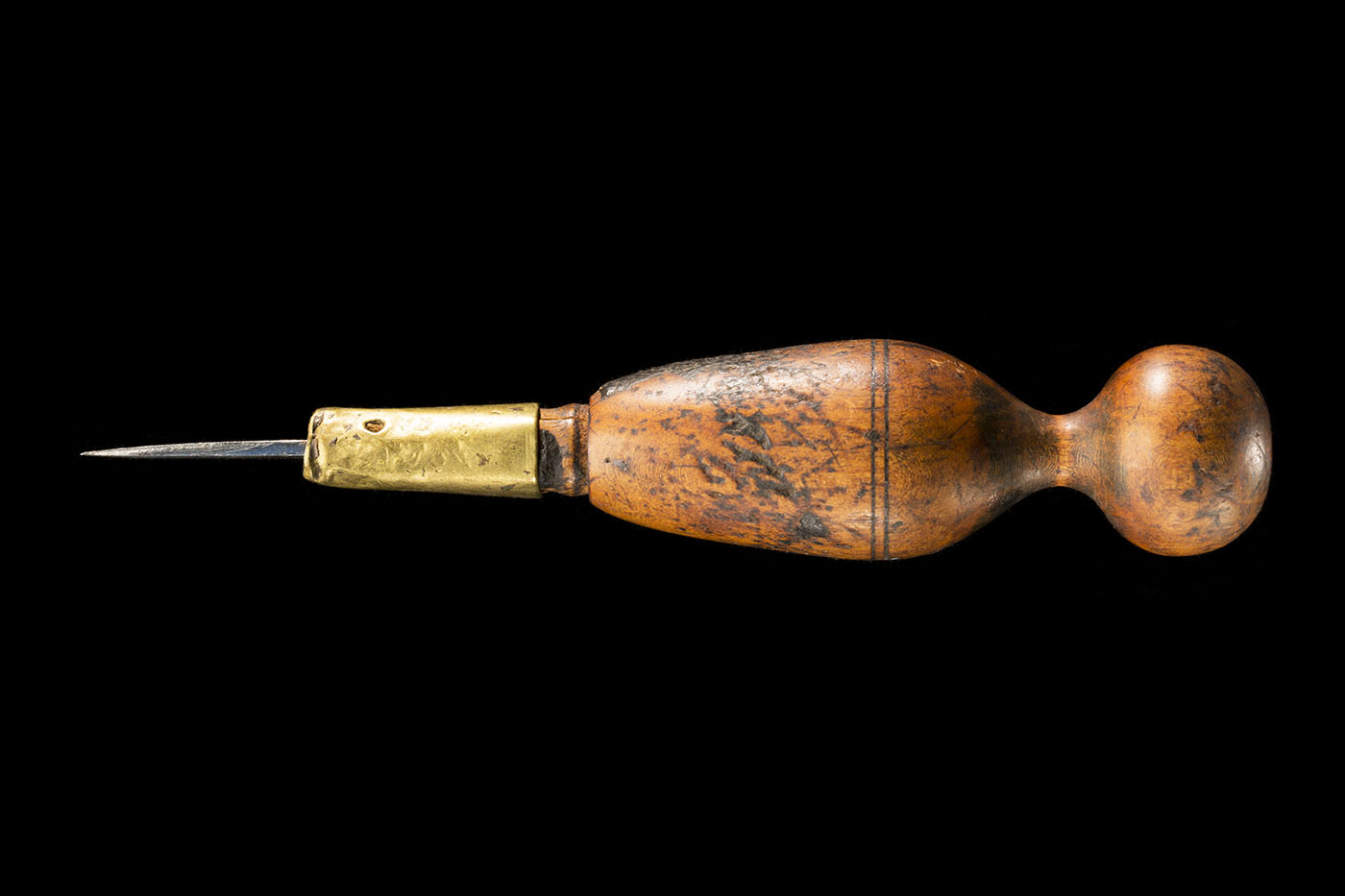 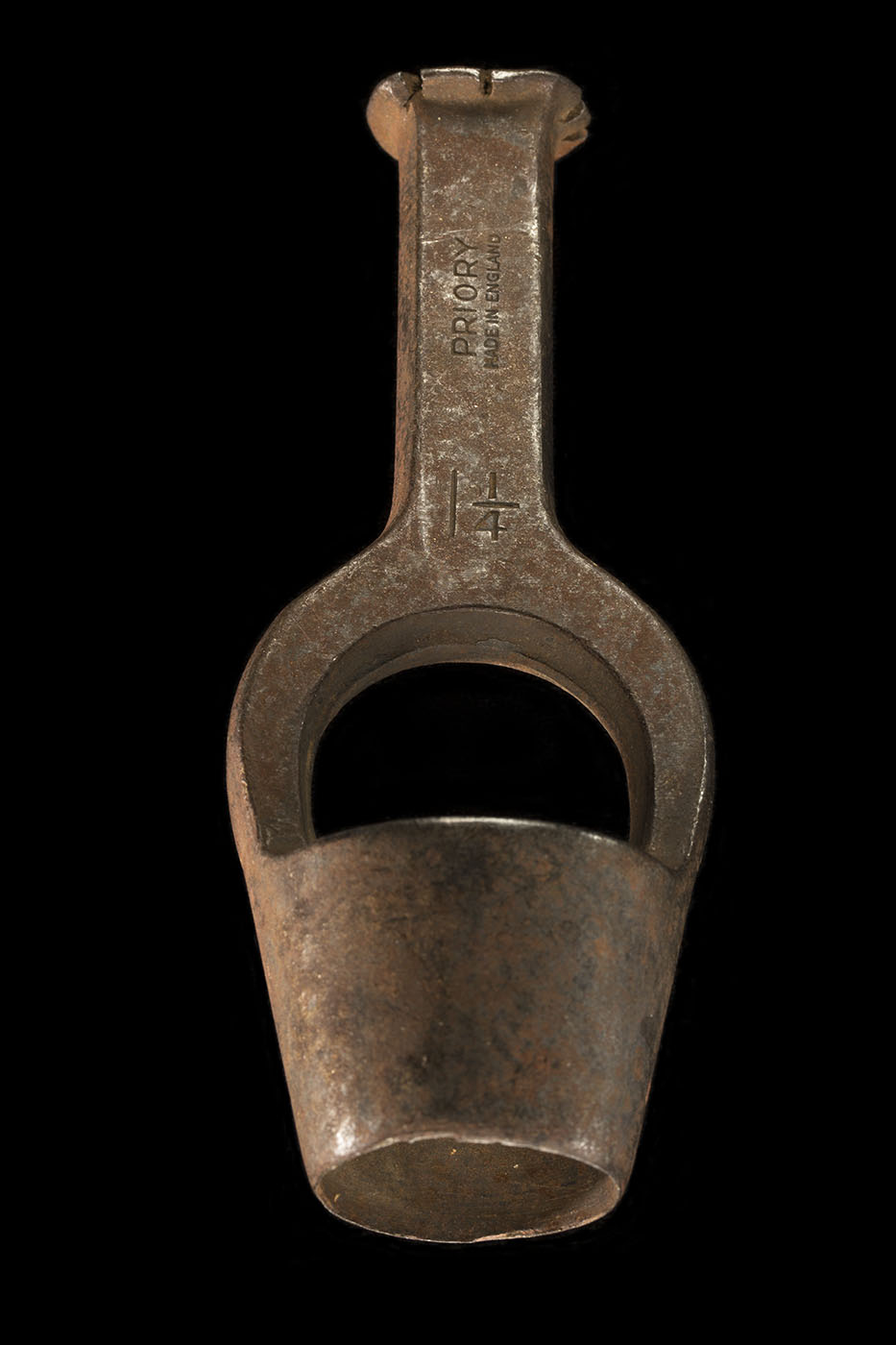 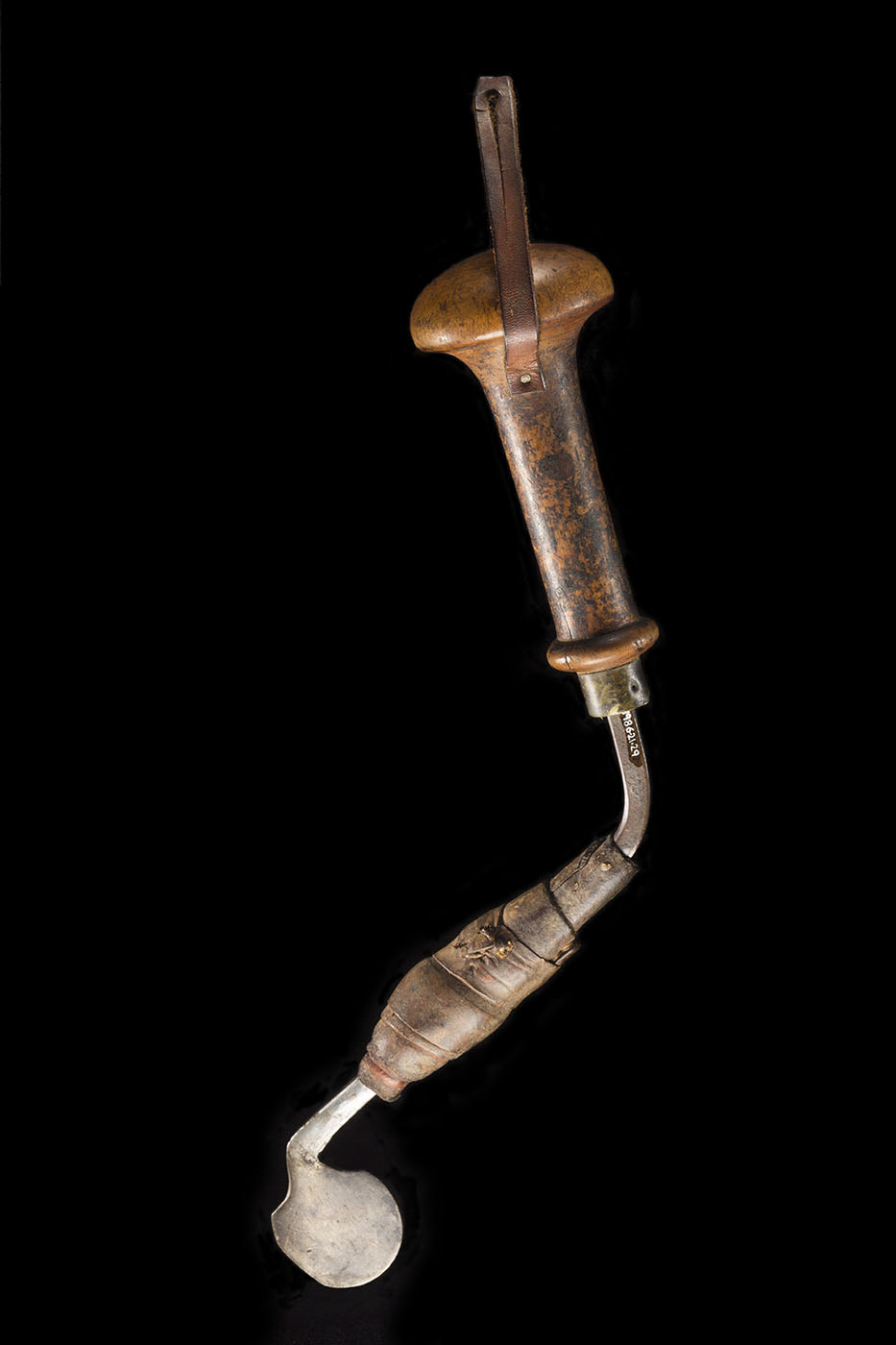 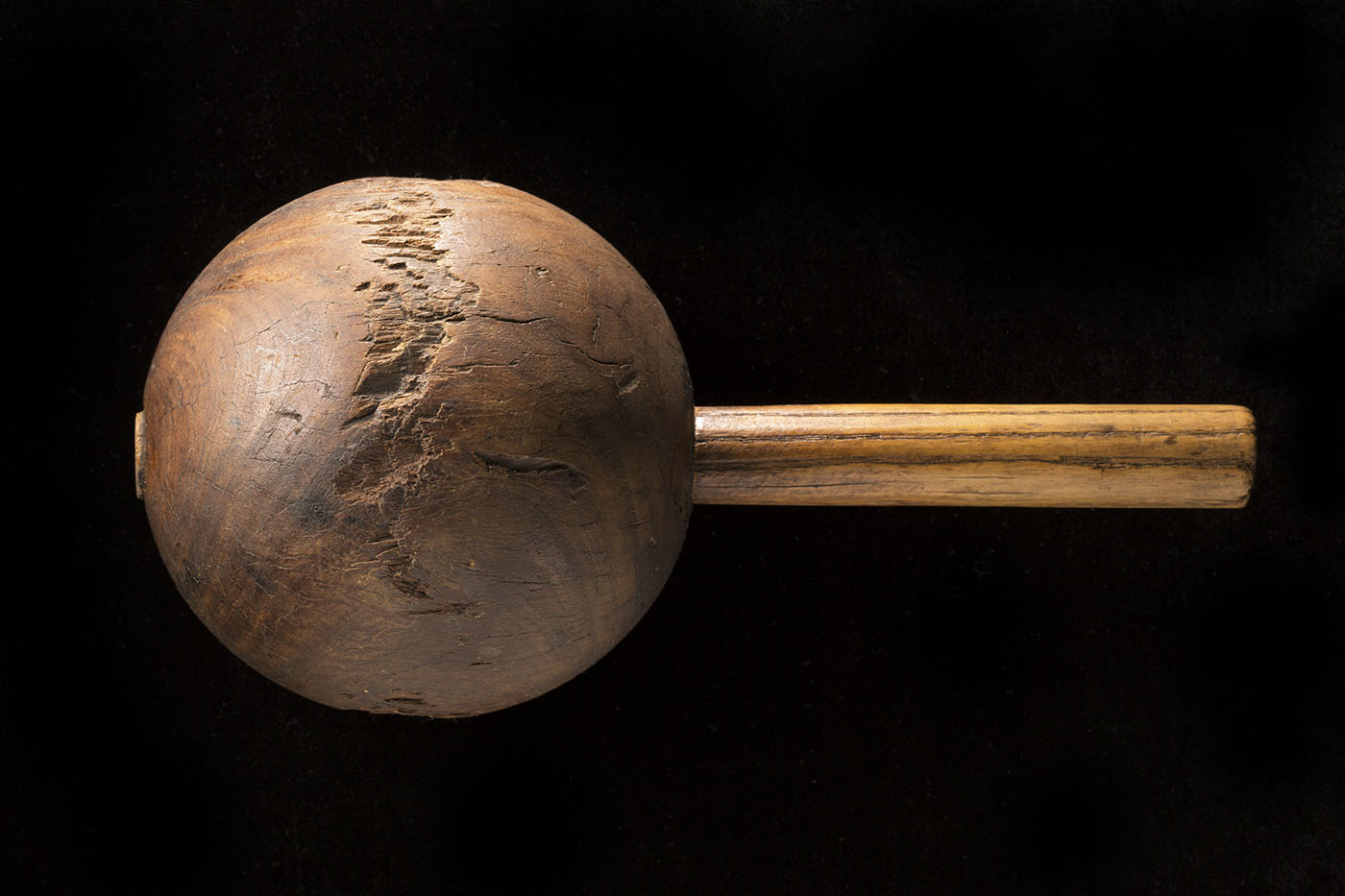 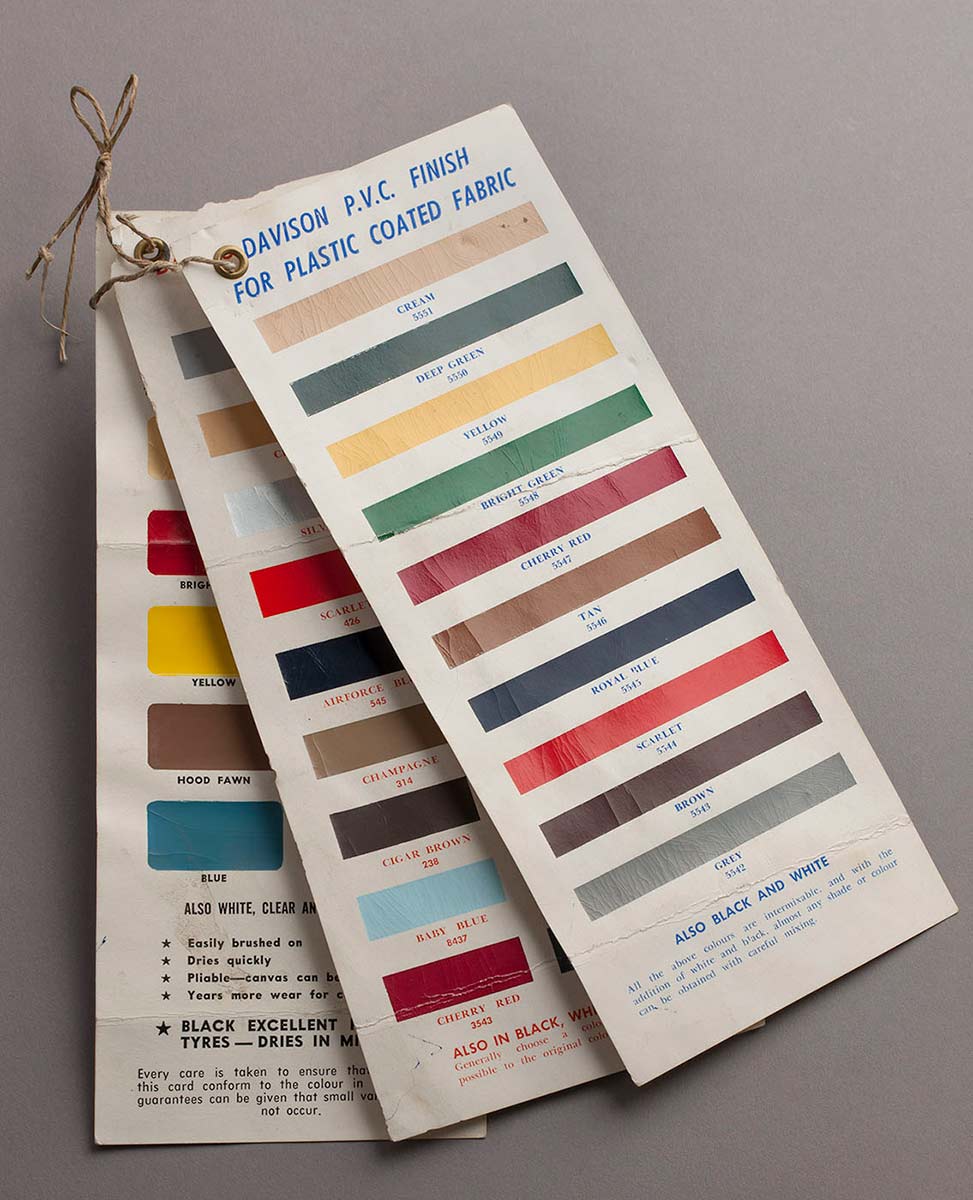 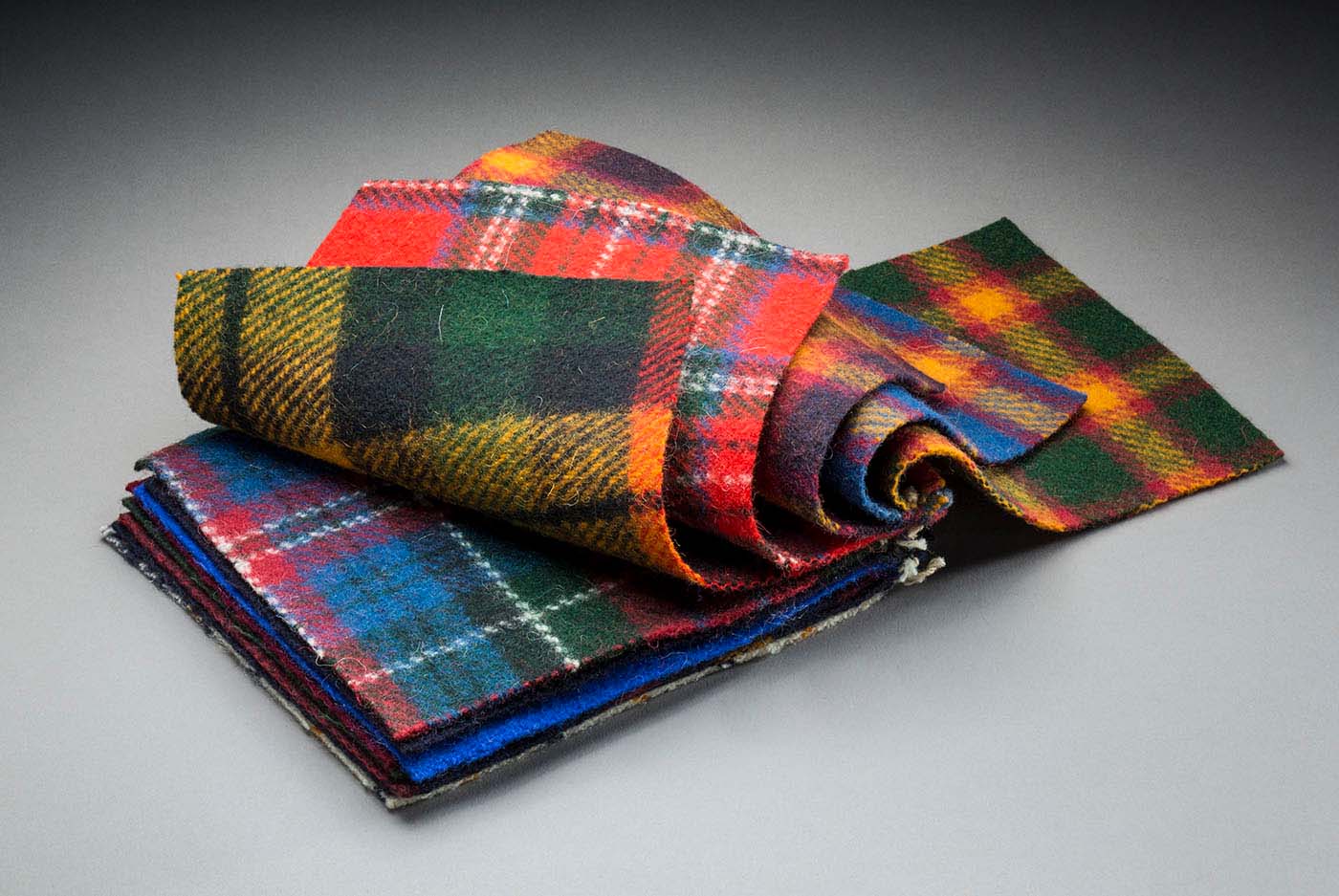 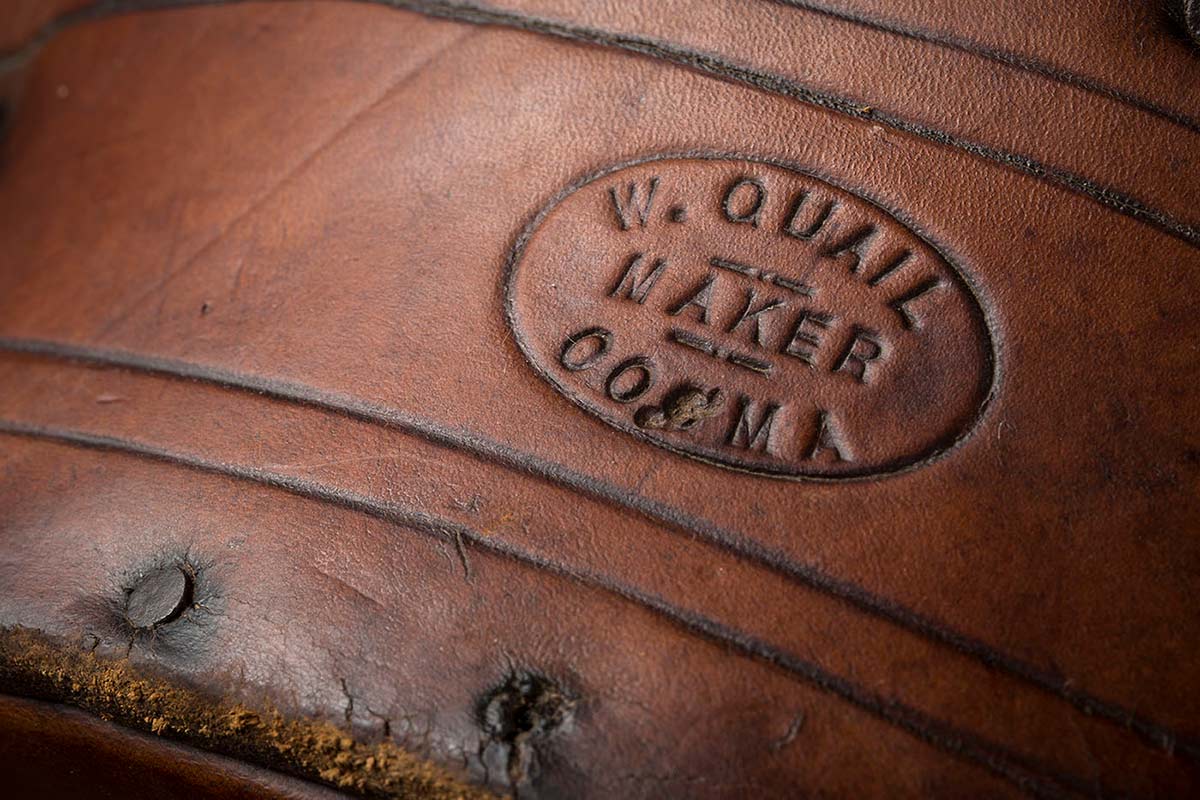 The longevity of the Quail family business long after horses had ceased to be a vital part form everyday transport and power, possibly helped ensure the survival of this collection. When Quail’s saddlery closed in 1972 the tools and machinery were not sold to another saddler.

Eight years later when the premises was sold, the contents of the saddlery workshop was purchased by Neville Locker. Mr Locker, also from a pioneering Monaro family, valued and displayed Quail's saddlery in a re-creation of the workshop at his Traveller's Rest Museum in Cooma. In 1985 Mr Locker sold the collection to the National Museum of Australia.

One significant object in the Quail's saddlery collection is a life-sized model horse that was used to display saddlery and harness in Quail's shop.

After being on show at the store for decades, the model was showing signs of considerable wear and needed conservation work.

Mounted on a wheeled-plinth, the model horse is a chestnut colour and has a mane and tail made from real horsehair. The lower jaw, ears and tail are detachable, to enable easier fitting of bridles and harness.

Probably imported from the United States in the 1880s, the model was used by two coachbuilding firms before being purchased by Quail. In 1931 it was pulled along the main street of Cooma by a live horse as part of a procession.

The most obvious damage to the model was the loss of paintwork, exposing the white canvas underneath. Most of the mane was missing.

The location of the paint loss was significant as it revealed where the horse was joined together and where, for example, bridles had been taken on and off the head. The loss of the mane may have been a result of repeated contact by collars and other horse tack, or pulled out by young children who sat on the horse.

Museum conservator Chloe Bussenschutt took on the challenge of working on Quail's model horse. Chloe likened the exterior of the model to a painted, stretched canvas.

Consequently, she treated the model horse in much the same way as a painting. The existing paint layer was stabilised and areas of loss were infilled with modelling paste, then painted. Horsehair was sourced from an abbatoir, to closely match the model's original mane.

Significantly, the newly-painted sections are not the same colour as the original paintwork. While from a distance the damage to the model horse may be difficult to detect, it remains visible and enables the Museum to show how the object was used (the wear from placing harness on and off over many years) and how it was constructed in sections.

Brown leather child's saddleThis child's saddle belonged to a member of the Rutledge family from Gidleigh station near Bungendore in New South Wales. Gidleigh was purchased by grazier Thomas Rutledge in 1875. It was one of a number of landholdings that Rutledge owned in the district. In 1874 Gidleigh was handed over to Rutledge's son, William Forster Rutl...