These O gauge model trains collected by Bruce Macdonald were made by more than 30 different manufacturers from across Australia and New Zealand between the 1930s and the 1960s. 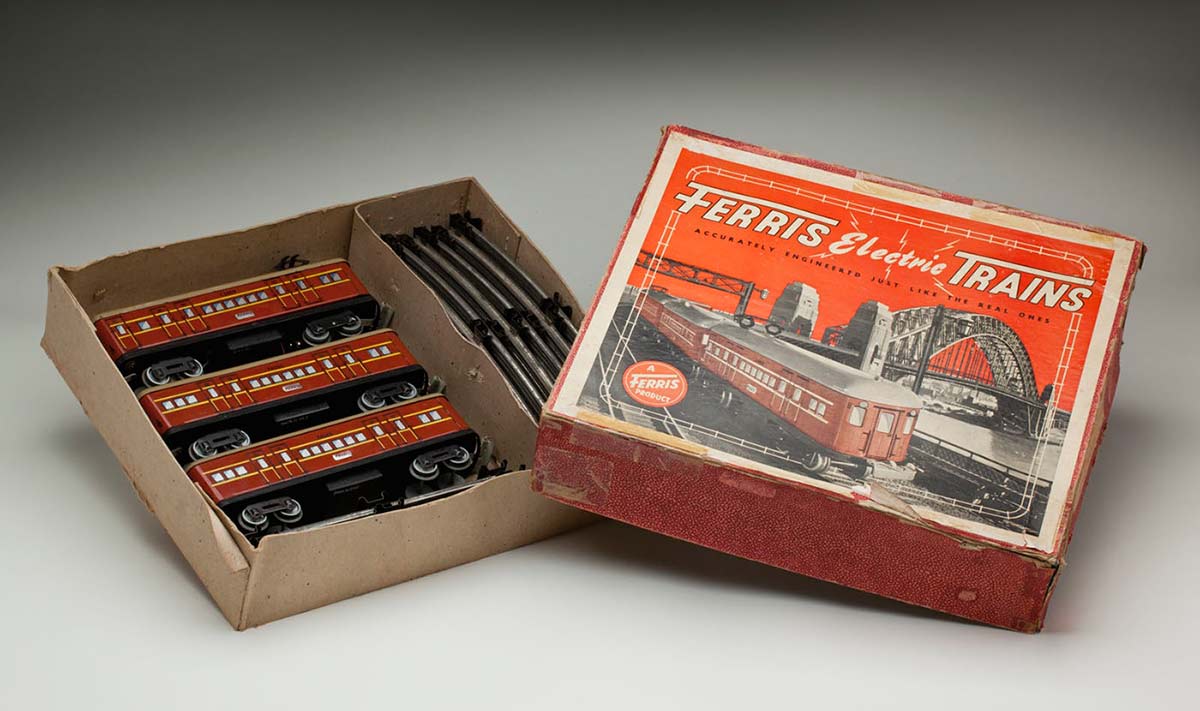 The O gauge was a popular choice for hobbyists and a number of manufacturers chose to specialise in that scale. The gauge of a train model is measured between the inside edges of the load-bearing rails, with O gauge generally measuring 32 millimetres, at a scale of 1:43. 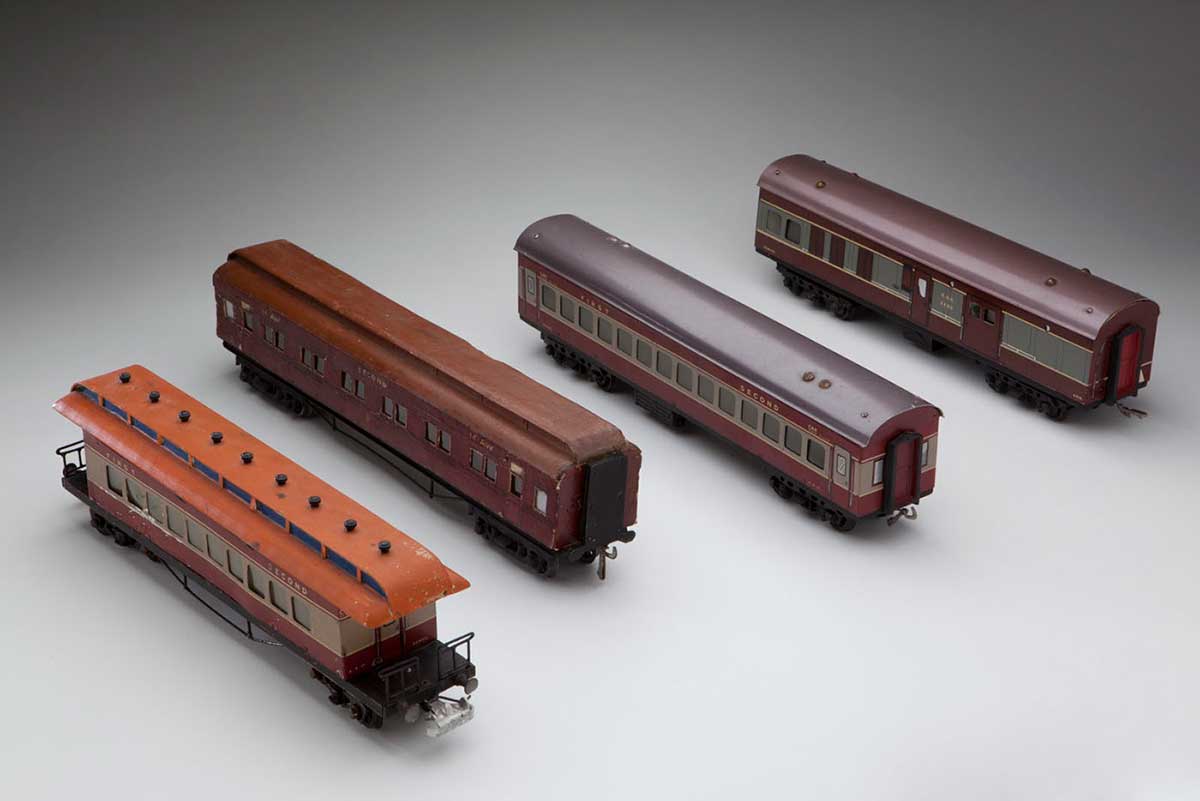 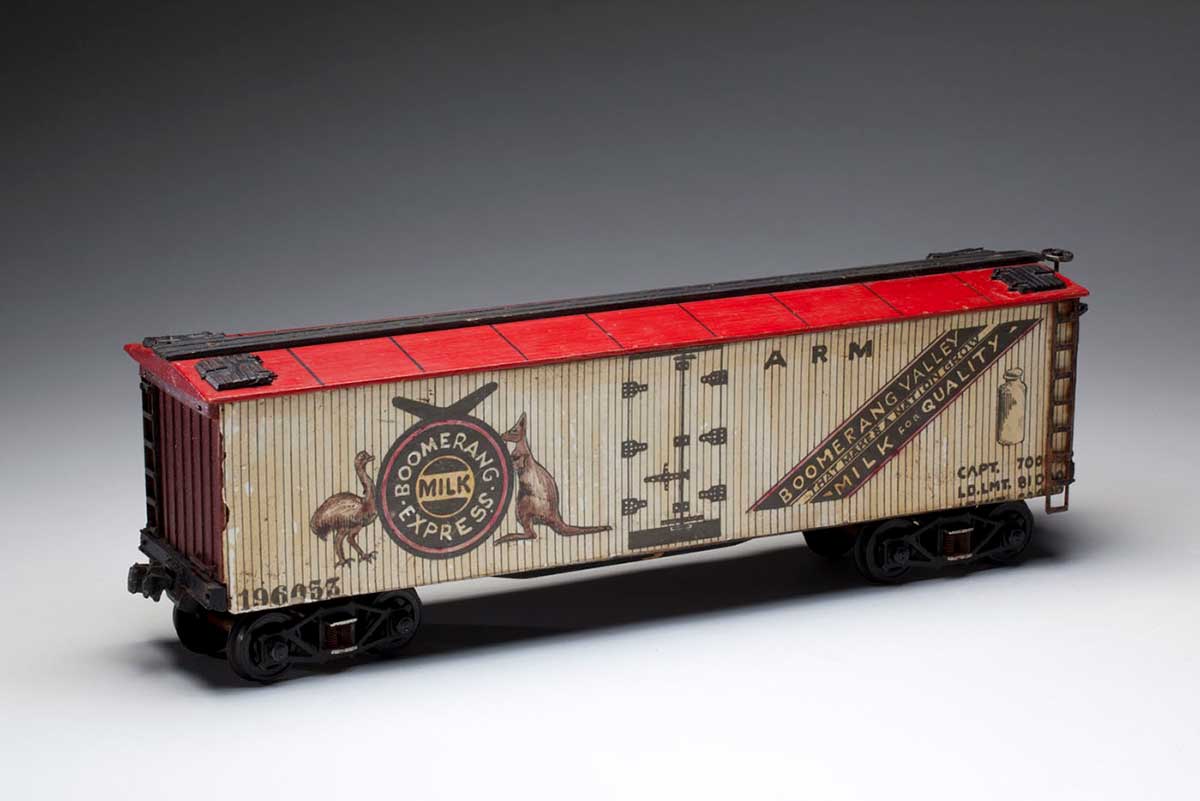 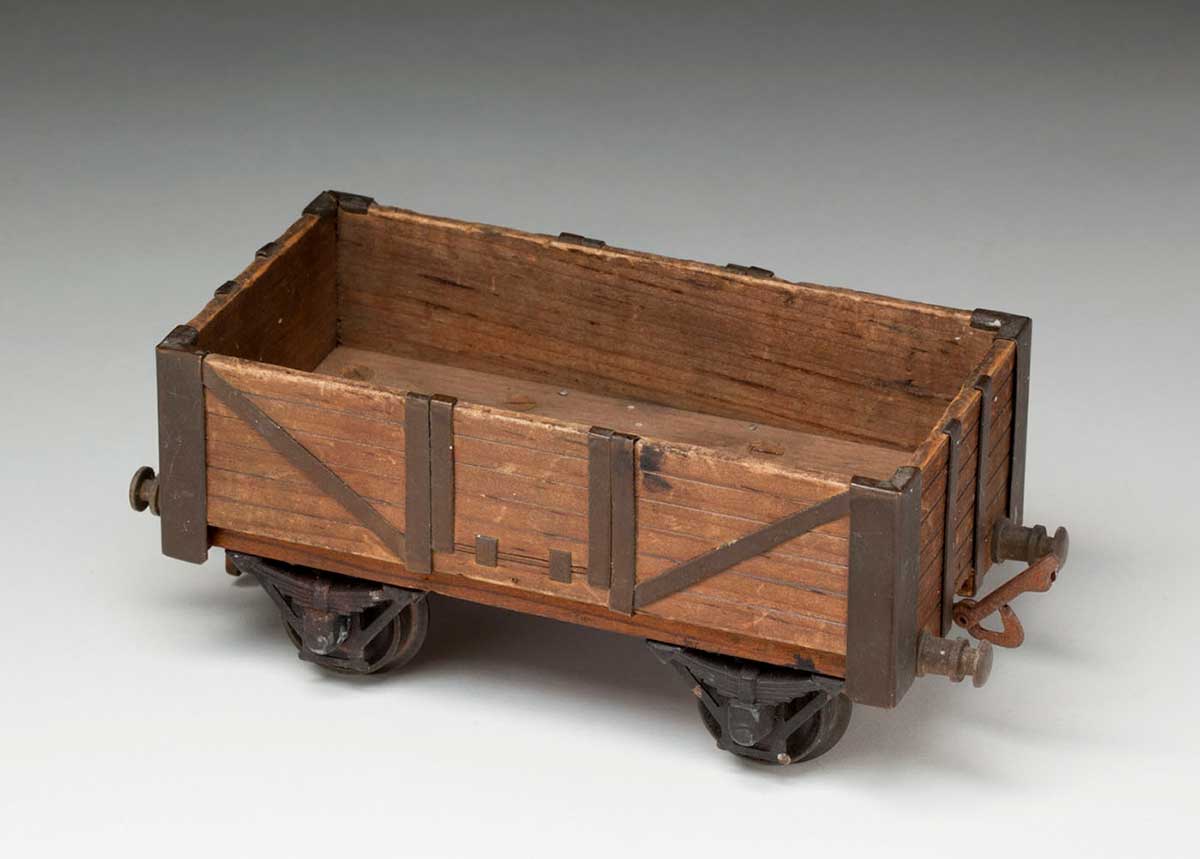 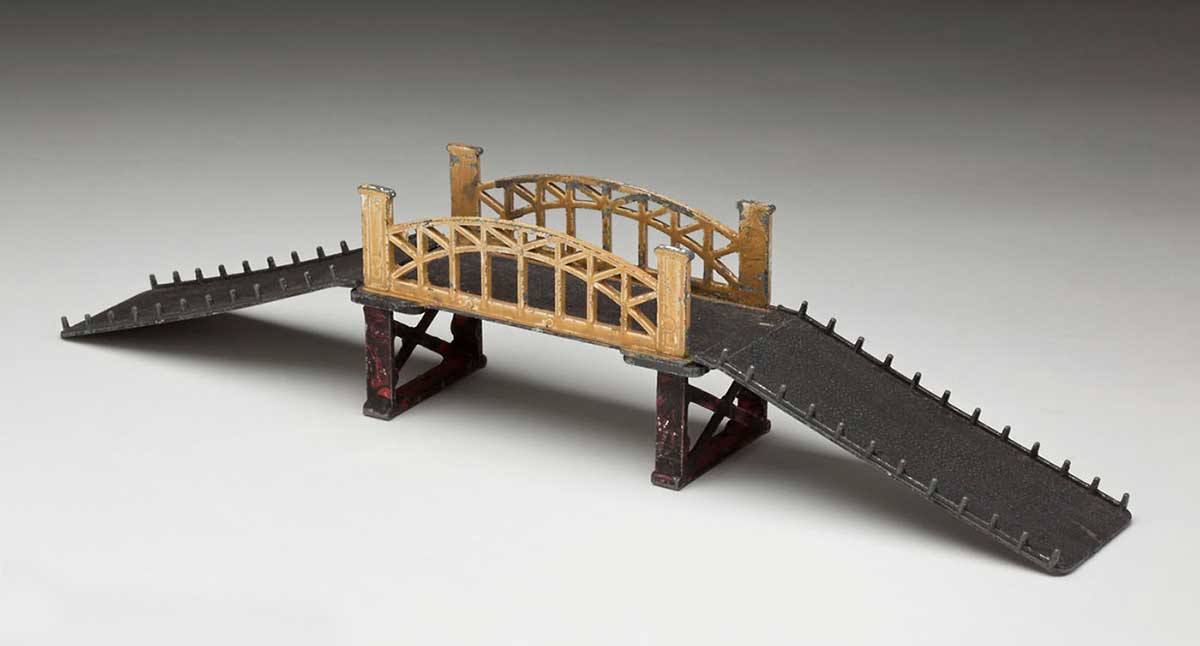 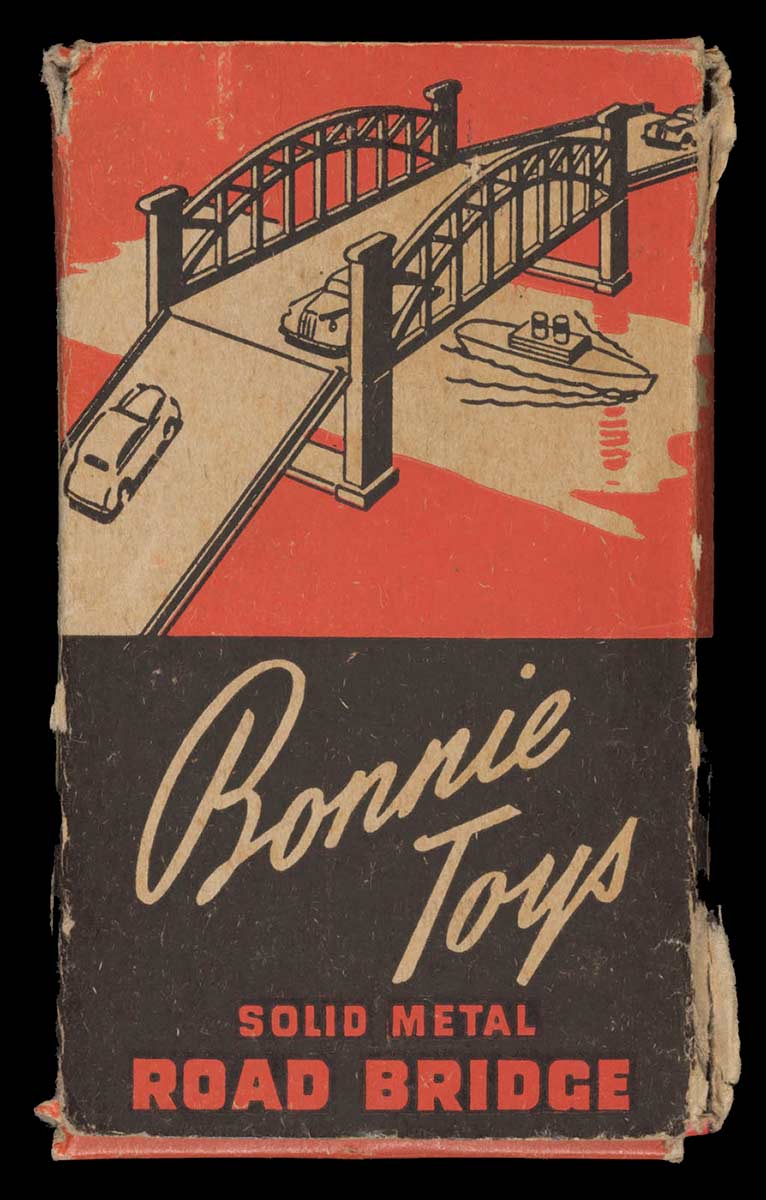 Box cover for solid metal road bridge with side ramps

Following the Second World War, local manufacturers responded to shortages in imported products by creating quality toy and model trains for a growing market. During the 1950s and 60s, the Australian toy and scale model train industries prospered, creating products for children and serious collectors.

Australian manufacturers, including Ferris, O Gauge House, Maurlyn and Robilt, produced trains modelled primarily on New South Wales and Victorian rolling stock. While model trains of the 1930s and 40s were often made of wood or simple tin-plate, by the 1950s and 60s complicated and highly detailed pressed sheet metal trains that ran on electric tracks were being mass-produced.

Bruce Macdonald received his first train set at the age of five, the start of a lifetime love of trains. As an adult, he was involved in the restoration and conservation of historic full-sized steam-powered engines, including items in the Museum’s collection.

During the 1970s, Macdonald returned to his interest in O gauge toys and models and spent decades collecting examples of the main Australian and New Zealand manufacturers.

A member of the Australian Railway Historical Society since 1943, Macdonald is one of Australia’s foremost authorities on industrial railways and steam power in both full-size and miniature forms. He wrote Spring, Spark and Steam: An Illustrated Guide to Australian Toy and Model Trains.