The Everitt and George Family collection consists of a beautiful and vibrant toy theatre, 11 complete plays featuring backdrops, side wings, cut-out characters and playbooks, and accessories such as oil lamps and character slides. The objects were collected by Edward Everitt, mostly in the 1880s, and cared for by him and his family for over 120 years. 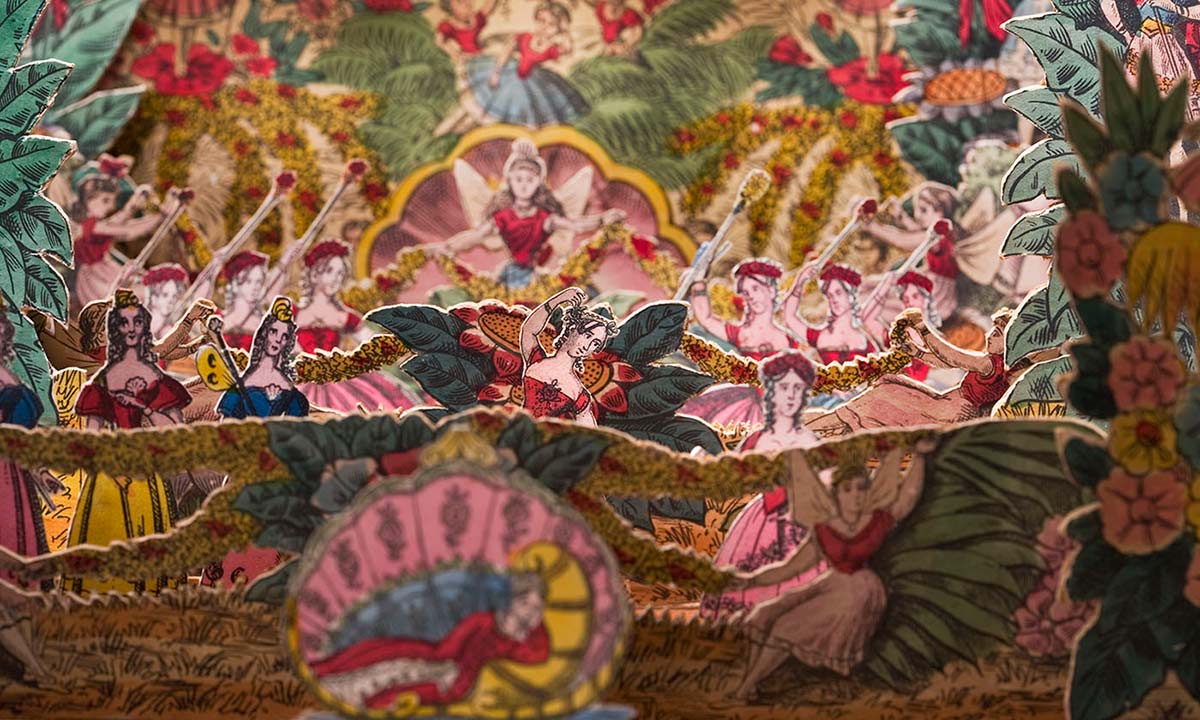 Theatre going was a popular pastime in the 19th century, especially among the working class who flooded the major English cities as a result of the Industrial Revolution.

The toy theatre was invented in England around 1811. Originally, individual souvenir character sheets were produced but these proved so popular that soon entire plays were being reproduced.

Artists attended opening nights and sketched the characters and scenery so that the miniature versions closely resembled the actual play. Sketches were then engraved and prints made.

The sheets for plays were sold individually. They could be bought plain and hand coloured or you could pay a little more for them brilliantly complete. Some plays, such as Forty Thieves, had 12 sheets of characters and 15 scenes.

By the mid-19th century over 300 plays were reproduced in miniature. Toy theatres captured the sets, styles and manner of performance bringing drama, comedy and adventure into middle-class parlours.

By the 1870s the popularity of the toy theatre was dwindling and there were only a handful of publishers left. One of the last remaining publishers was Benjamin Pollock. He took over the printing and toy theatre business of John Redington in 1877.

Pollock generally republished older plays using existing plates. A play like Cinderella, which could be purchased from Benjamin Pollock in the 1880s, used plates first published in 1844.

The business Pollock took over was by no means a success but it gained fame thanks to an article written in 1884 by Robert Louis Stevenson, the well-known and popular author, who had grown up with toy theatres and remembered them fondly.

The article titled ‘Penny plain, tuppence coloured’ included the line ‘if you love art, folly, or the bright eyes of children speed to Pollock’s!’ 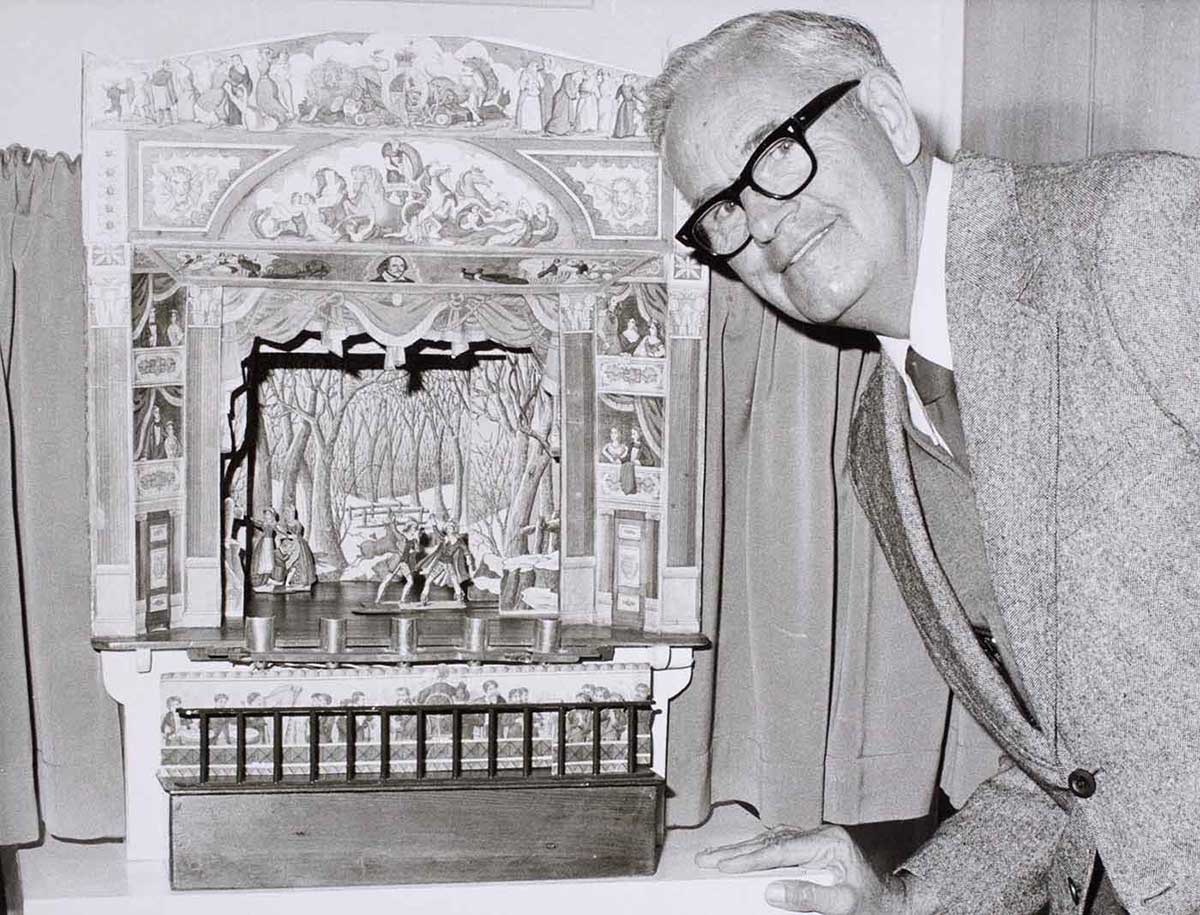 Edward Everitt was born in Somerset, England, in 1845. Like many children at the time he played with miniature theatres. Sometime in the late 1850s, he migrated to Sydney with his parents and family history tells that he brought parts of a toy theatre with him. What is certain is that his interest in toy theatres continued.

Edward Everitt became a jeweller, working for Flavelle and Roberts in Sydney. In 1868 he married Ann Martha Holloway and together they had 11 children. From the late 1870s Everitt regularly sent back to Pollock’s shop in London to purchase plays and equipment, such as lights, for the toy theatre.

Preparing and performing a play took time and patience. The paper sheets had to be mounted on cardboard and all the figures and scenes painstakingly cut out.

While all the plays were purchased coloured, Everitt’s skills as a jeweller were put to good use in the preparation of the plays and are evident in the fine work of the cut-out characters and scenes.

The toy theatre was a central part of the Everitt family’s life and it is likely that the preparation of plays was a family affair. Of the 11 plays, melodramas such as The Corsican Brothers and The Daughter of the Regiment feature alongside pantomimes like Sleeping Beauty and The Silver Palace.

Performances were staged to entertain family and friends and Everitt’s grandson, Eric George, recalls his ‘father and uncles giving a home performance of Cinderella and coloured powder being blown across the stage to greet the entrances of fairies’.

The plays in the collection are in almost pristine condition, which is a testament to the family’s care. The vibrant colours have provided the Museum’s conservation team with a wonderful opportunity to study pigments from the late 19th century and examine how the variety of colours were mixed from three pigments.

When Edward Everitt died in 1920 the toy theatre was passed onto his sixth son Alfred. In the 1960s it passed to Edward Everitt’s grandson Eric George.

Eric took great care of and pride in the toy theatre and staged plays for family and the wider communities in which he lived. What was once a child’s toy and entertainment became a treasured family heirloom highlighting one family’s ongoing use of, enjoyment in and care for a spectacular object.