Nyumi was a young girl travelling with her older brothers, Kamara Brandy and Patrick Olodoodi (Alatuti) Tjungurrayi, when they encountered the helicopter at Natawalu in 1957. It was the first time she had seen white men.

Nyumi spent some years at Balgo mission before moving to Billiluna to raise a family with her husband, Palmer Gordon. She began painting in the late 1980s. 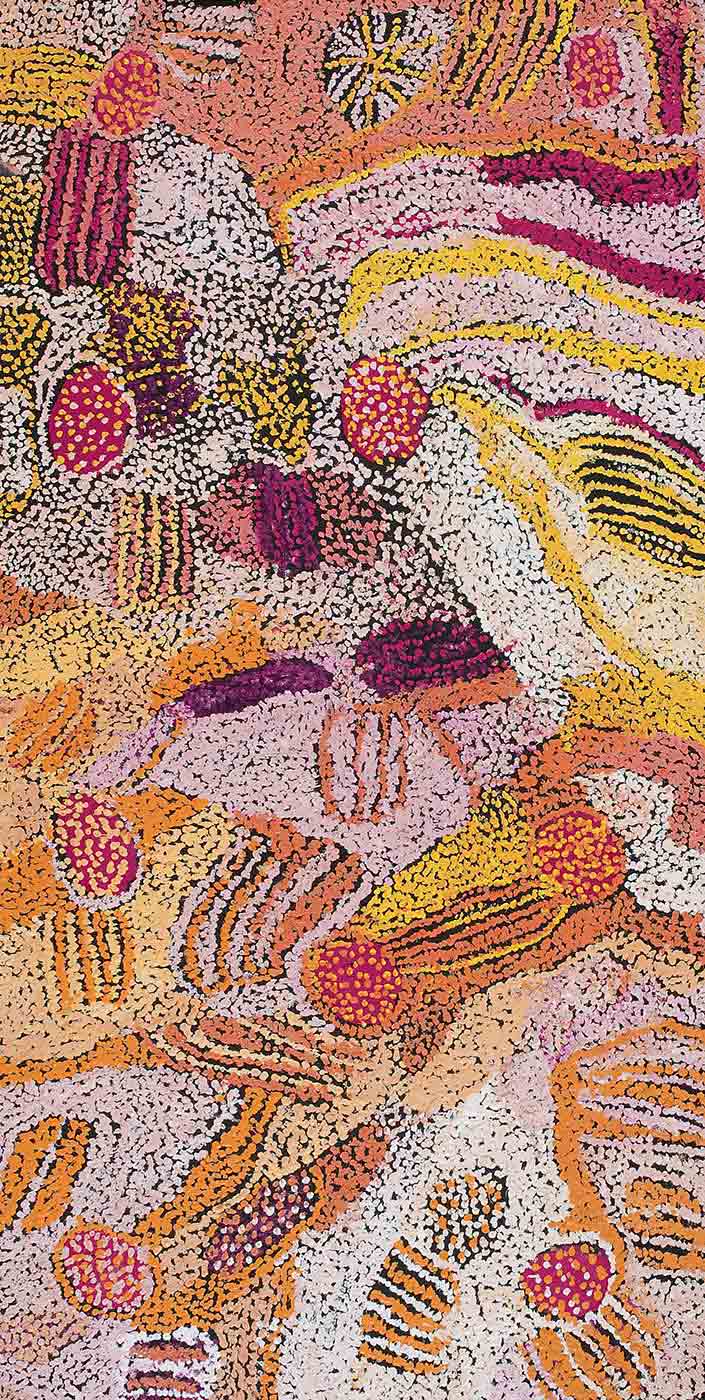