Elma Kris's clan is from the North Western and Central Islands of the Torres Strait, and she was raised on Waiben Island (Thursday Island).

In 2007 Kris won a Deadly Award for Dancer of the Year and in 2008 performed the title role in Mathinna. She has performed in both Bangarra’s 20th and 25th anniversary programs, as well as on numerous international tours. In 2013 she was invited to undertake a Visiting Fellowship with the Australian National University.

I hope to reconnect our people back to these objects and the stories they tell. They are valuable and an important resource to us as a surviving culture. 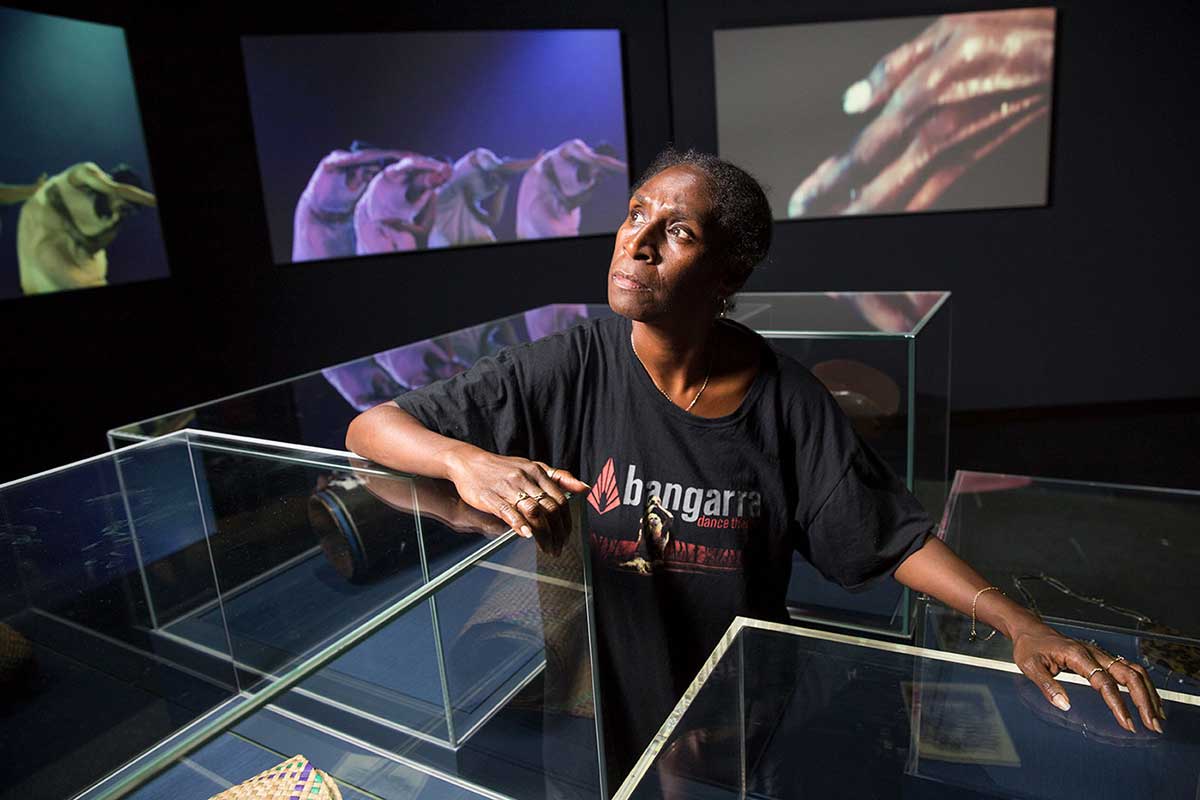 Elma Kris, Bangarra Dance Theatre, with her installation in Unsettled

Kris sought formal cultural permission from Torres Strait community elders to present the stories of 5 of these objects to a wider audience. Her research also involved spending time in the community to fully understand the significance of key objects from the collection.

Kris describes her approach as follows:

My creative inspiration is drawn from my culture, the past and present. I feel that what I learn, I must share and pass on. I’m interested in exploring the relationship between culture, and how it continues to connect my journey as a storyteller; the only way I know how to express this is as an artist.

It was a creative process, a spiritual and culturally empowering journey. Especially sitting with the communities and with the Elders that have given me the responsibility to tell their stories.

I believe culture has connected me with the past, and a deeper thinking, like a sacred place. Through my adulthood, the objects have come to me like a vision through my dreams. They do awaken me, and I feel they want to be awakened. Images, whether they are from land or sea, are so spiritual that it stays with me.

The project was an exciting opportunity for Kris as an artist, choreographer and educator to develop her professional skills as filmmaker. 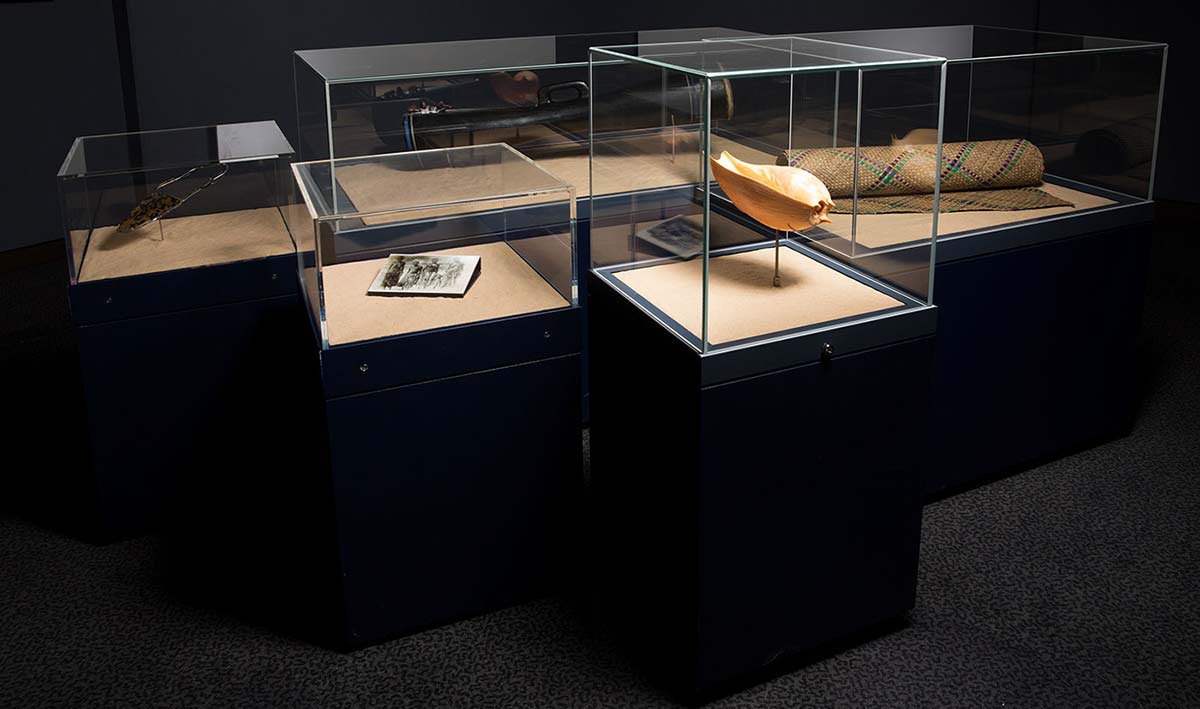 Kris provides an explanation for why she chose the objects:

The warup is of an hourglass shape, reminiscent of the female form. It features a pattern of a waterspout, representing the female waterspout spirit, the Baiwa, that whispers stories through dreams. Though the woman must never be outspoken, the voice of the Baiwa is the voice of the drum, stronger than that of the man, reminding us of the strength and importance of the woman in families to nurture and provide life.

The woven mat binds many leaves of different strengths and textures together, just as a community of individuals and families are bound together, sharing their strengths and weaknesses. Used by all Islanders, the mat is a symbol of welcoming, a place to gather and tell stories; a symbol of teaching as elders would sit on mats to teach; a healing symbol, used to lie on when ill; and a symbol of departure, where the deceased are placed for burial.

The shell reminds me of the duties of a woman in families and the community. The vessel was used to scoop saltwater, delivering this resource for healing and cleansing.

The pendant drew my attention quickly. It was originally found on Mer (Murray Island) and made from turtle shell. The ornament was divine, the engraving made it more beautiful, as if made to be a gift for a bride to wear. I felt the presence of the bride and a moment of sadness a mother feels when her daughter becomes part of another family – the sadness of the sea.

No one smiled, the four Tudu women and child stood silent, dressed in traditional clothing. Each woman could have been my great aka [grandmother]. The photo captures the beauty of these women, reminds us of our connection to the past, and reveals the memory of our Kulkalgal ancestors.