Mala and the Bad Uncles at Tjikarri [I and II]

Tjikarri is associated with a group of ancestral beings who travelled together during the Dreaming. Their story is one Tjupurrula regularly painted, depicting the ancestors through their respective track marks.

Matingpilangu, the Dingo Man, was an uncle of the Mala hare wallabies, but he sometimes killed and ate them. Luurnpa, the Kingfisher Man, was also an uncle, but he often drank all their water. The Mala eventually speared Matingpilangu to death, but Luurnpa, who was a doctor-man, brought him back to life. 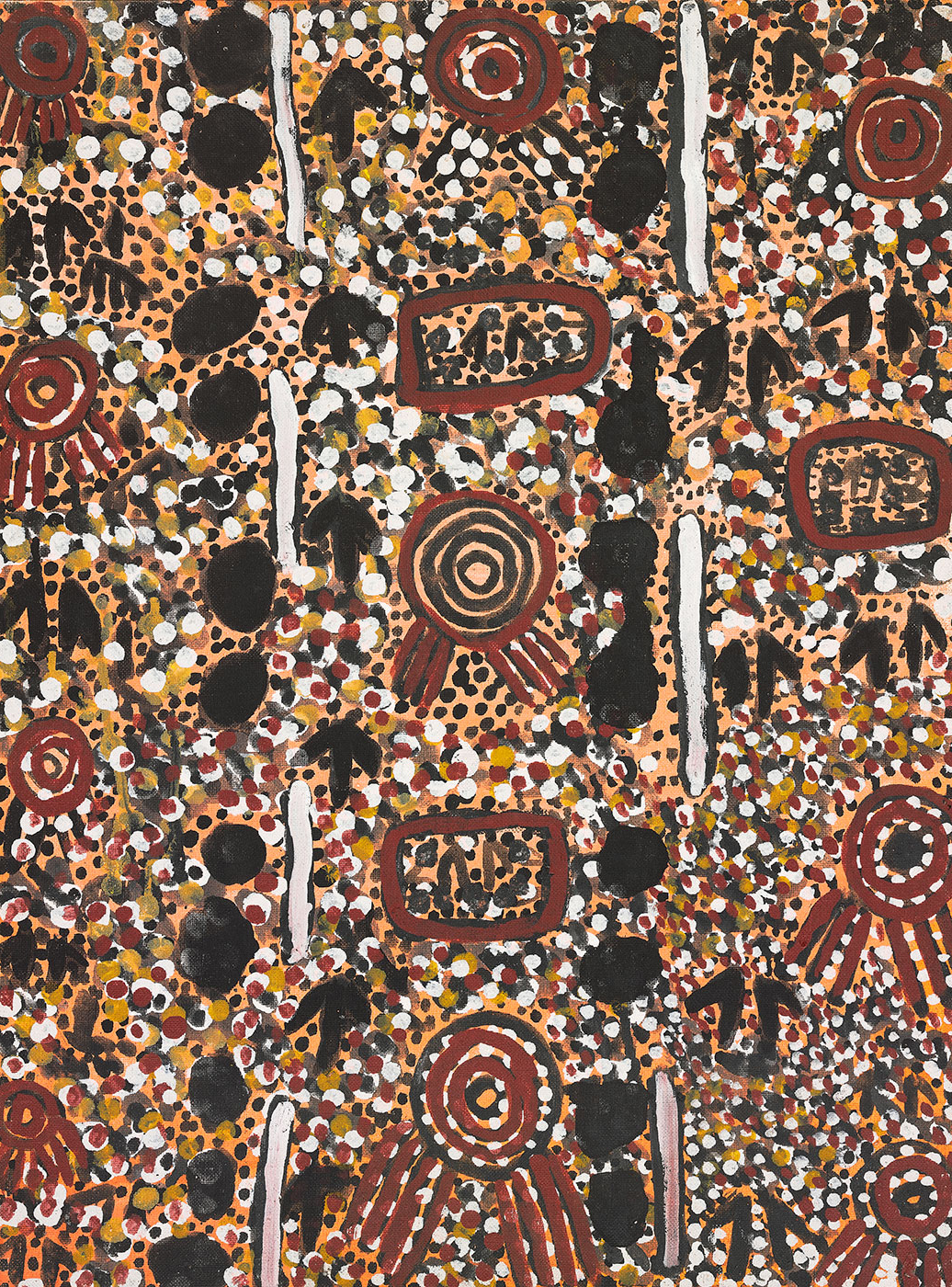 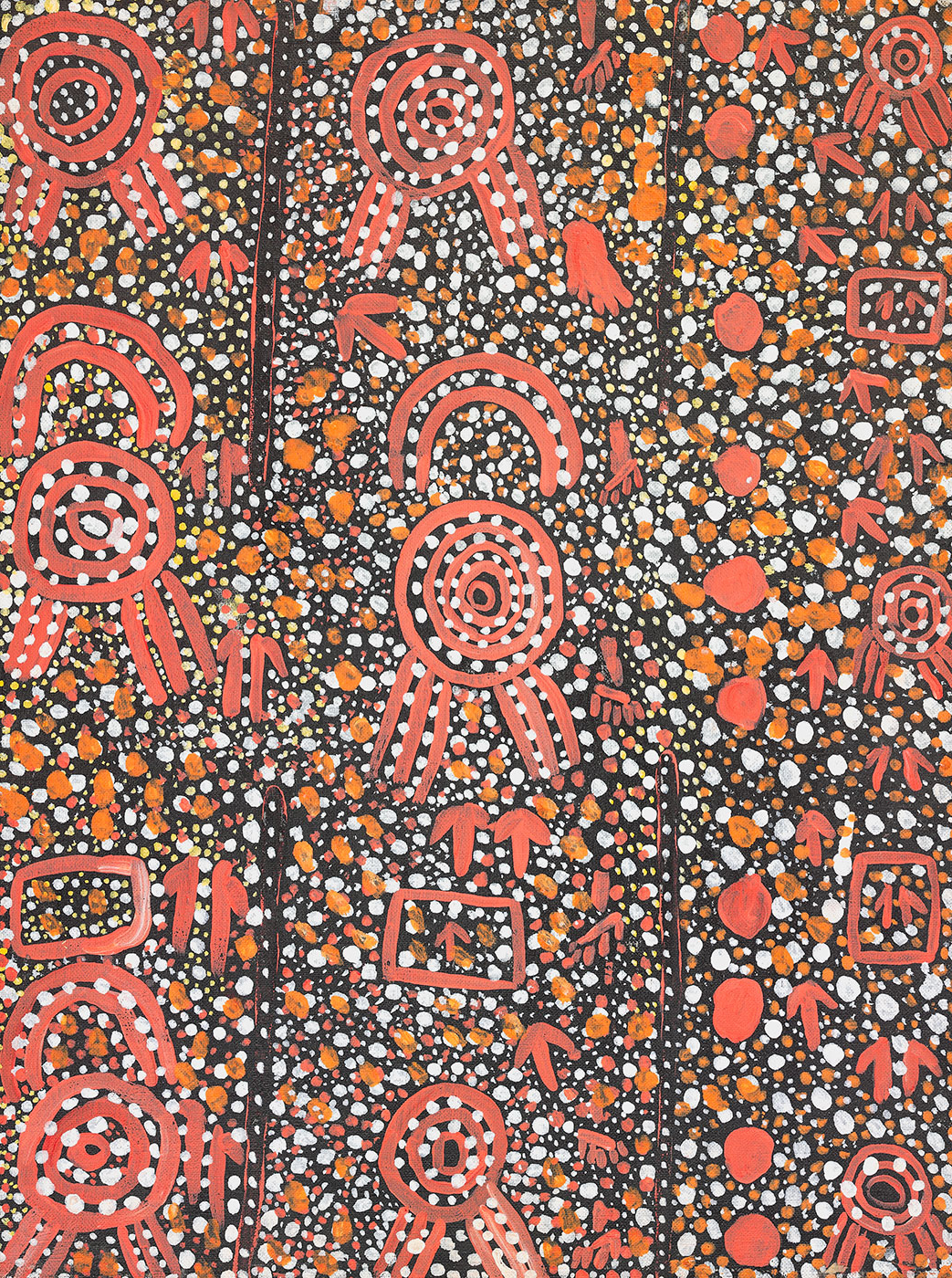 Mala and the Bad Uncles at Tjikarri [I], 1974, Johnny Warangkula Tjupurrula. National Museum of Australia

These paintings tell the same Dreaming story about a dingo, a kingfisher and wallabies.

Can you see the tracks of these animals in both the paintings?

What is similar about these paintings? What is different?