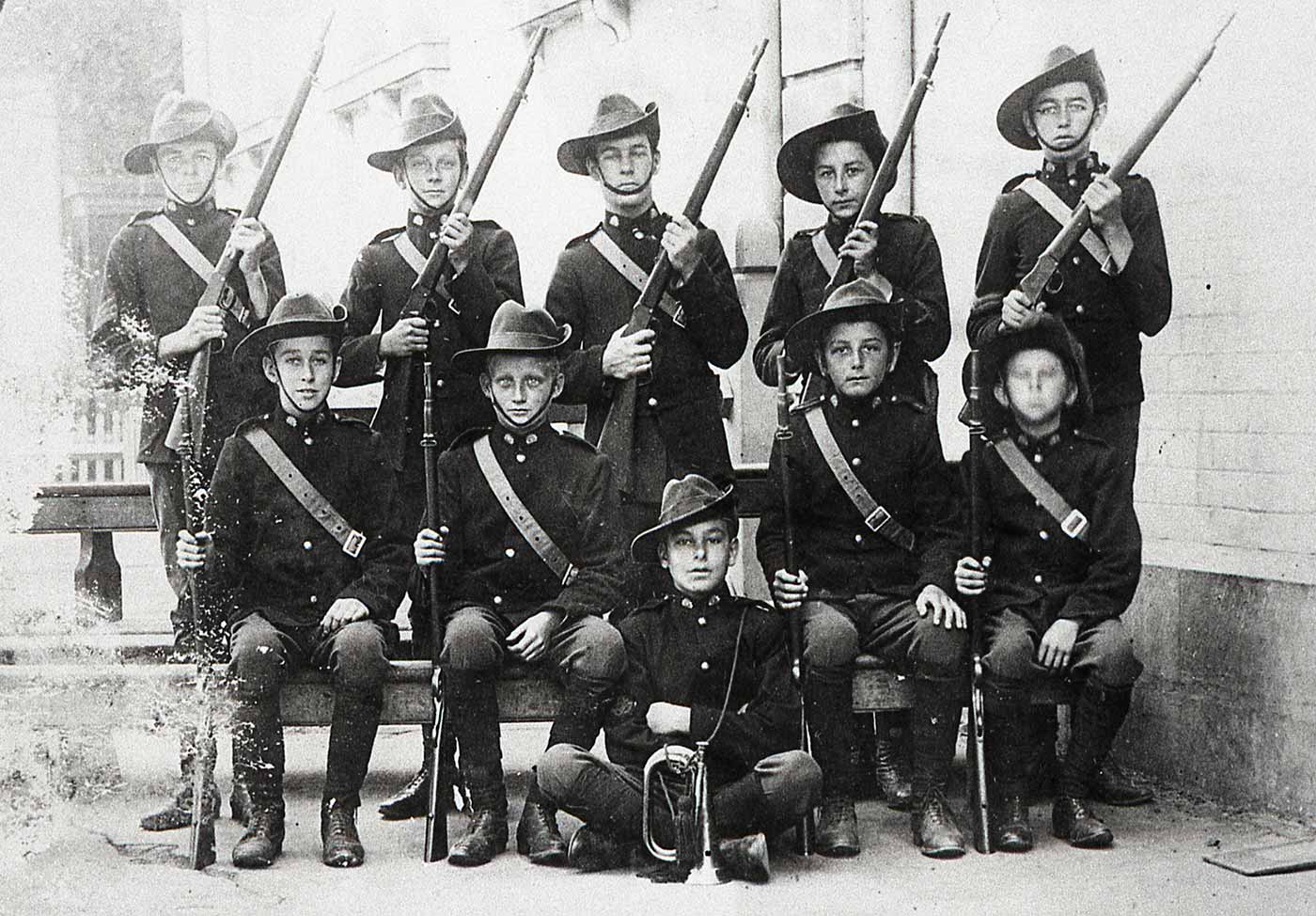 The individual Australian colonies had depended for their defence on small, ill-equipped volunteer forces. After Federation, the Australian Government created a large militia force, formed increasingly from young ‘boy conscripts’ trained under a controversial Compulsory Training Scheme introduced in 1911.

Under the Compulsory Training Scheme boys were expected to graduate from junior to senior cadets and then to the militia, forming a huge trained citizen army for Australia’s defence.

By 1913 Australia possessed an army of trained, mostly part-time, citizen soldiers, prepared to contest an invasion of Australia, probably, most people thought, by Japan.

Field Marshal Lord Herbert Kitchener, victor in the bitter war waged by Britain against Boer guerrillas in South Africa, toured Australia in 1910. He approved of Australians’ willingness to protect themselves and their formation of a reserve of soldiers able to defend the Empire.

Navy for a nation