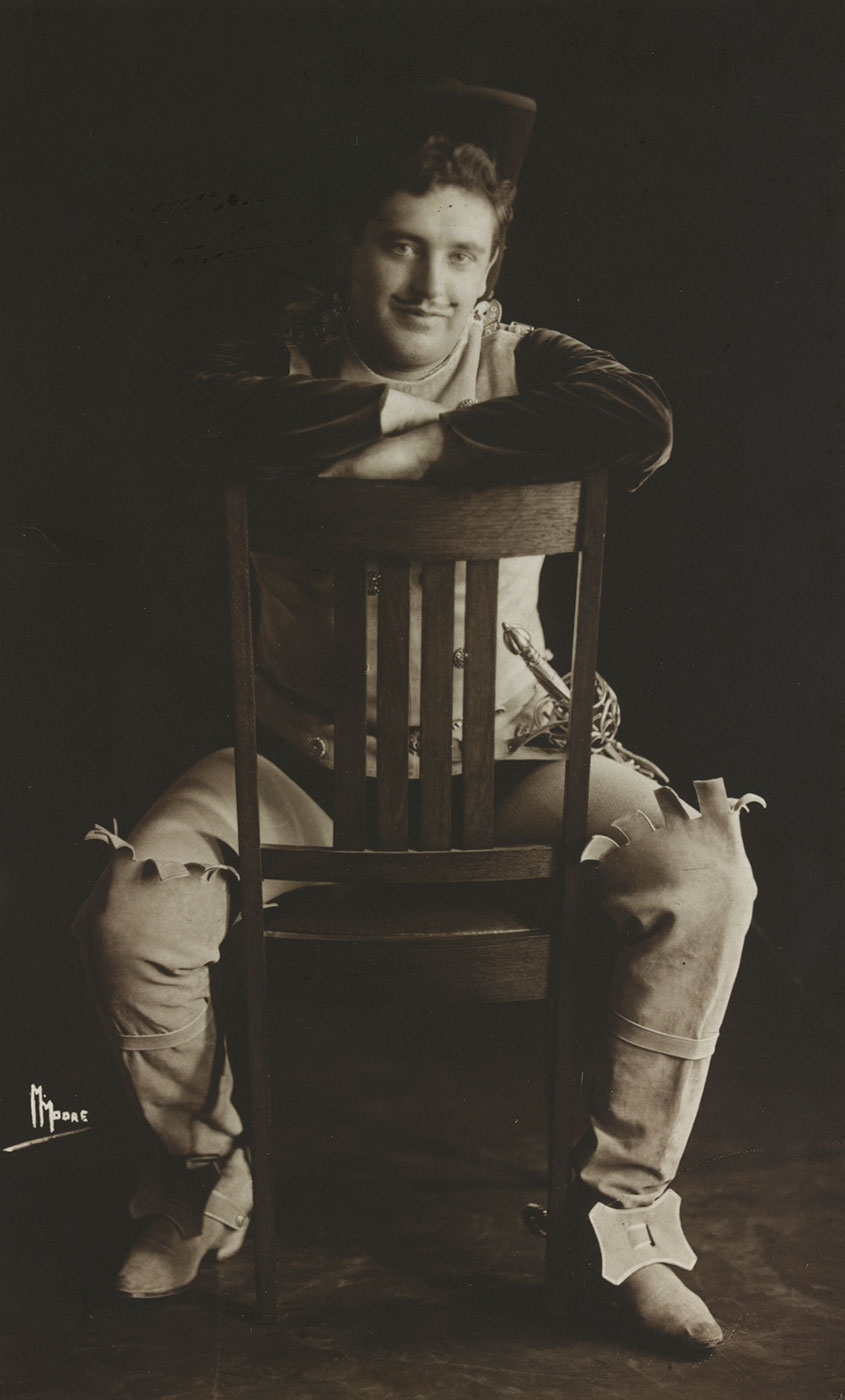 New Zealand sisters May and Mina Moore moved to Sydney in 1910 and established a successful photography studio. They opened another studio in the Tait’s Auditorium building, Collins Street, Melbourne, in 1913. Mina Moore managed the new studio, and it proved an ideal location for fostering relationships in the theatrical world.

The Moore sisters photographed most of the musicians and actors touring in 1913, and their portraits were frequently used as publicity shots. John McCormack first toured Australia in 1911 with Dame Nellie Melba. By 1913 he had left opera to tour a program of arias, ballads and Irish songs. The programs for his farewell concerts in Sydney were decided by public ballot.

The Moore portraits are characterised by the direct gaze of the subject and the soft light falling on the side of their face. They eschewed the props that were standard in earlier studio portrait photography – except, of course, for the splendid costumes worn by many of their sitters.

May and Mina Moore, Australian Dictionary of Biography

May and Mina Moore images, Trove