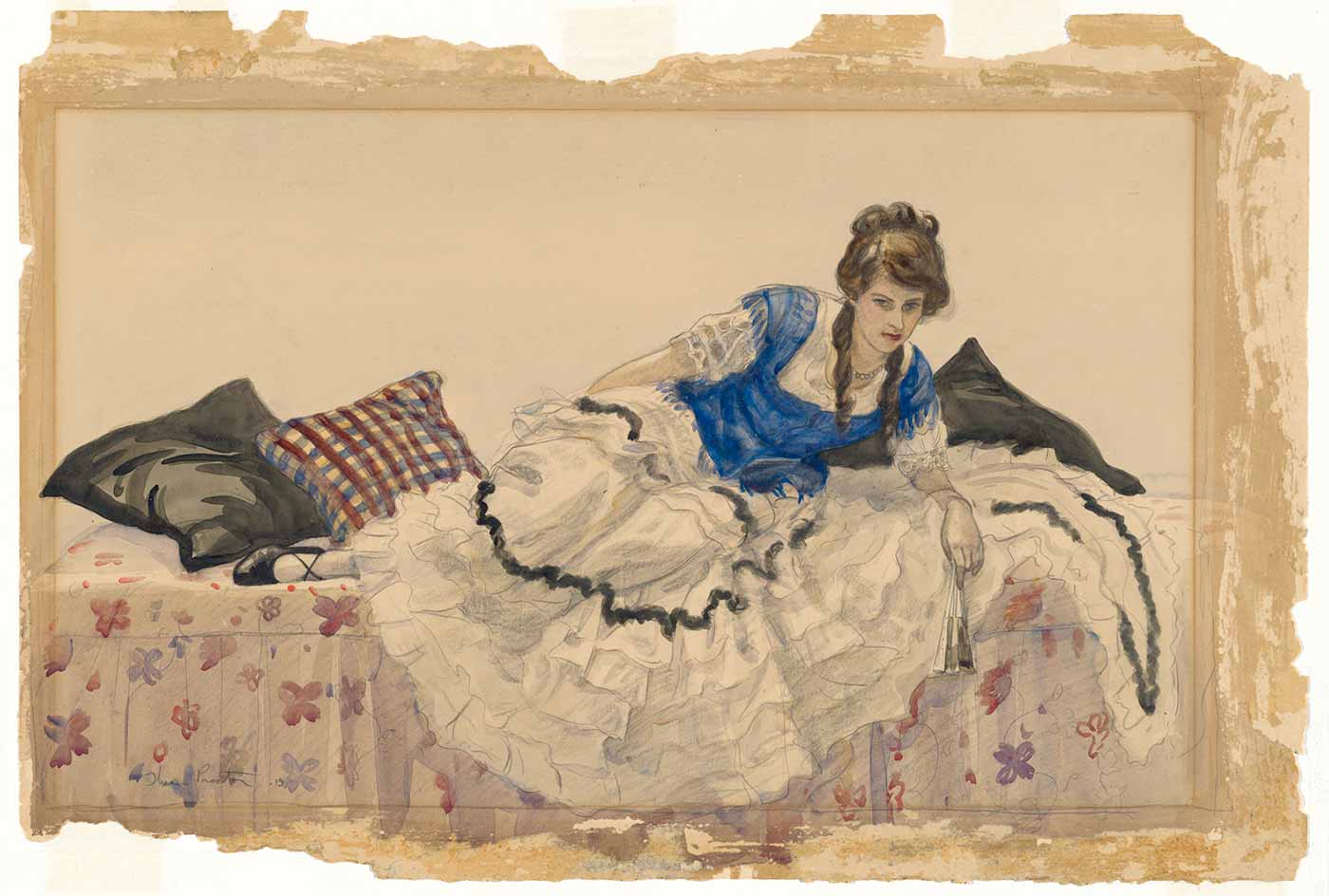 In 1913 art forms besides traditional easel painting were flourishing. Artists and designers continued their love affair with the design possibilities of Australian flora and fauna. Pen-and-ink drawings and etchings were highly regarded, and professional and amateur photographers were pursuing the artistic possibilities of photography.

Due to a strong network of art schools and women’s art and craft societies, it was an environment that particularly suited women artists. Many of them specialised in graphic mediums, such as printmaking, and photography, woodwork and metalwork.

New currents in art in Europe were beginning to be felt in Australia. Artists returning to Australia from Europe introduced new elements, especially new attitudes to colour. Many artists, such as Thea Proctor and Rupert Bunny, sought to incorporate the brilliance and the exoticism of the Russian Ballet into their work.

Sydney artist Thea Proctor lived in London between 1903 and 1921, but spent the years 1913 and 1914 in Australia. In 1913 her watercolours and painted fans were exhibited to acclaim. Yet, despite the success of her work, Proctor harboured a certain disdain for the Australian art scene, which she regarded as provincial and old-fashioned.