On board the Endeavour

The Endeavour’s voyage was the first British scientific expedition to the Pacific. It was sponsored by the Royal Society and the Royal Navy. It came out of Britain’s territorial interests in the Pacific and the growing interest in scientific enquiry which flourished in Europe during the 18th century.

When the ship left England in 1768 under James Cook’s command, the Endeavour carried 94 people, including 71 officers and crew and 12 marines. Also on board were Joseph Banks and his party of scientists and artists, including fellow botanist Daniel Solander and natural history artists Sydney Parkinson, Herman Spöring and Alexander Buchan. 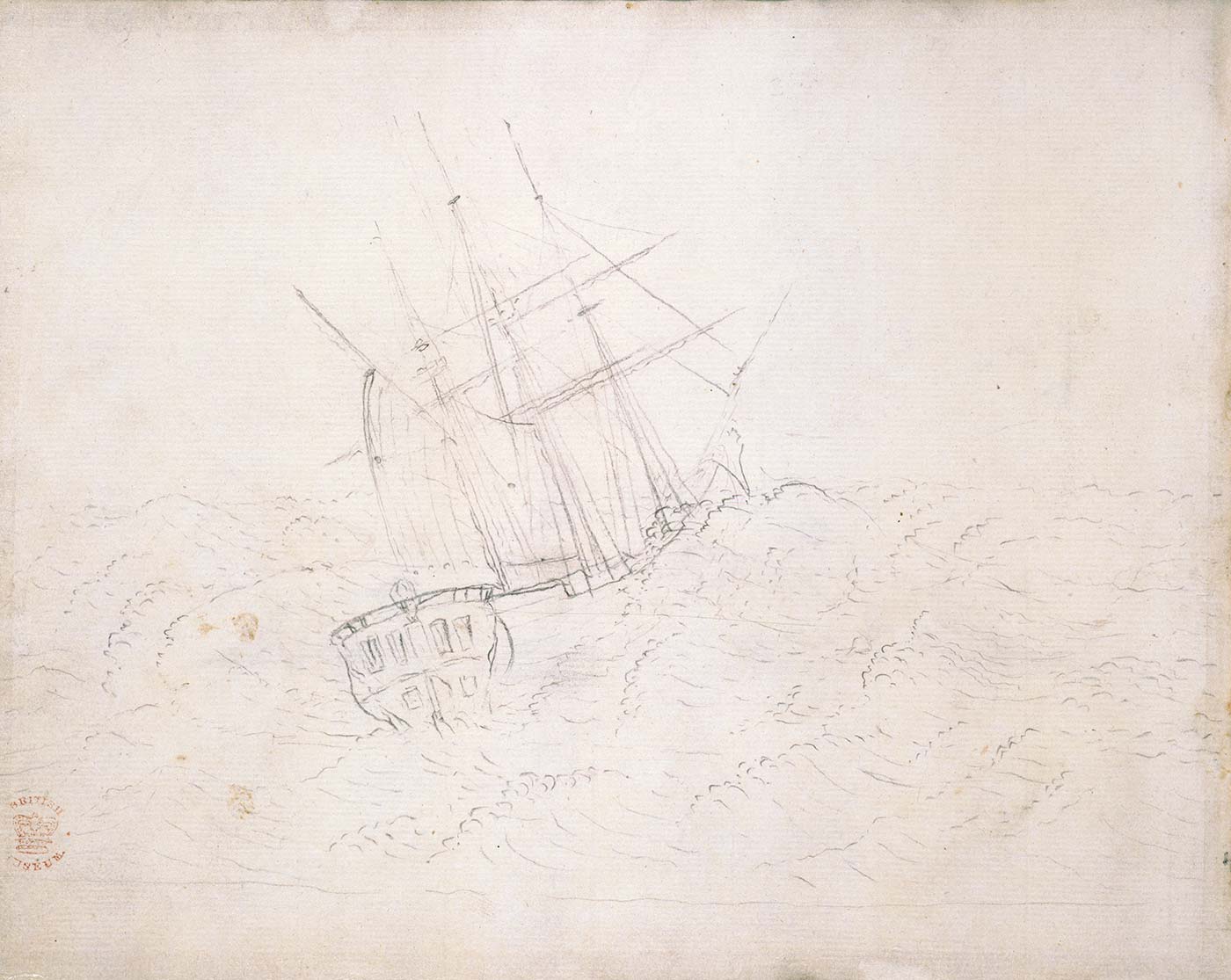 The Endeavour in Stormy Seas by Sydney Parkinson

The Endeavour also carried sheep, cattle, ducks, chickens, a goat, a boar, a sow and piglets, and ship’s cats. They lived alongside each other for nearly three years.

When the ship returned to England in 1771, the products of the voyagers’ work — maps, art, specimens, artefacts — captivated Europe’s imagination and changed scientific knowledge.

The Endeavour’s crew took few personal belongings with them on the voyage. Most of the men on board worked and lived in crowded, shared spaces with only the most functional of objects. Some of the more senior officers had a little more room for their possessions.

William Perry, the surgeon’s assistant, took a copy of The Oeconomy of Human Life on the four-year long voyage. It was an 18th-century bestseller by Robert Dodsley which claimed to be based on ancient Indian manuscript, providing moral and social guidance. This copy is well-thumbed and Perry took it on his two subsequent Pacific voyages.

‘On Fortitude’, The Oeconomy of Human Life:

… As a rock on the sea-shore he standeth firm, and the dashing of the waves disturbeth him not.

Joseph Banks had much more space in his relatively luxurious living quarters. He travelled with many bespoke pieces of equipment which were the latest in 18th century technological innovation.

This set of cooking items includes a stove, tinder box and flint, nutmeg grater, pepper pot and a reflecting candle lamp, as well as small bottles and containers. They all pack snugly into a single box, the top of which is inscribed with Banks’s initials. This outer case measures 7.5 x 21.7 x 14.5 cm. Most likely made of tinplate, this light and portable equipment supported the young botanist’s on-land activities. 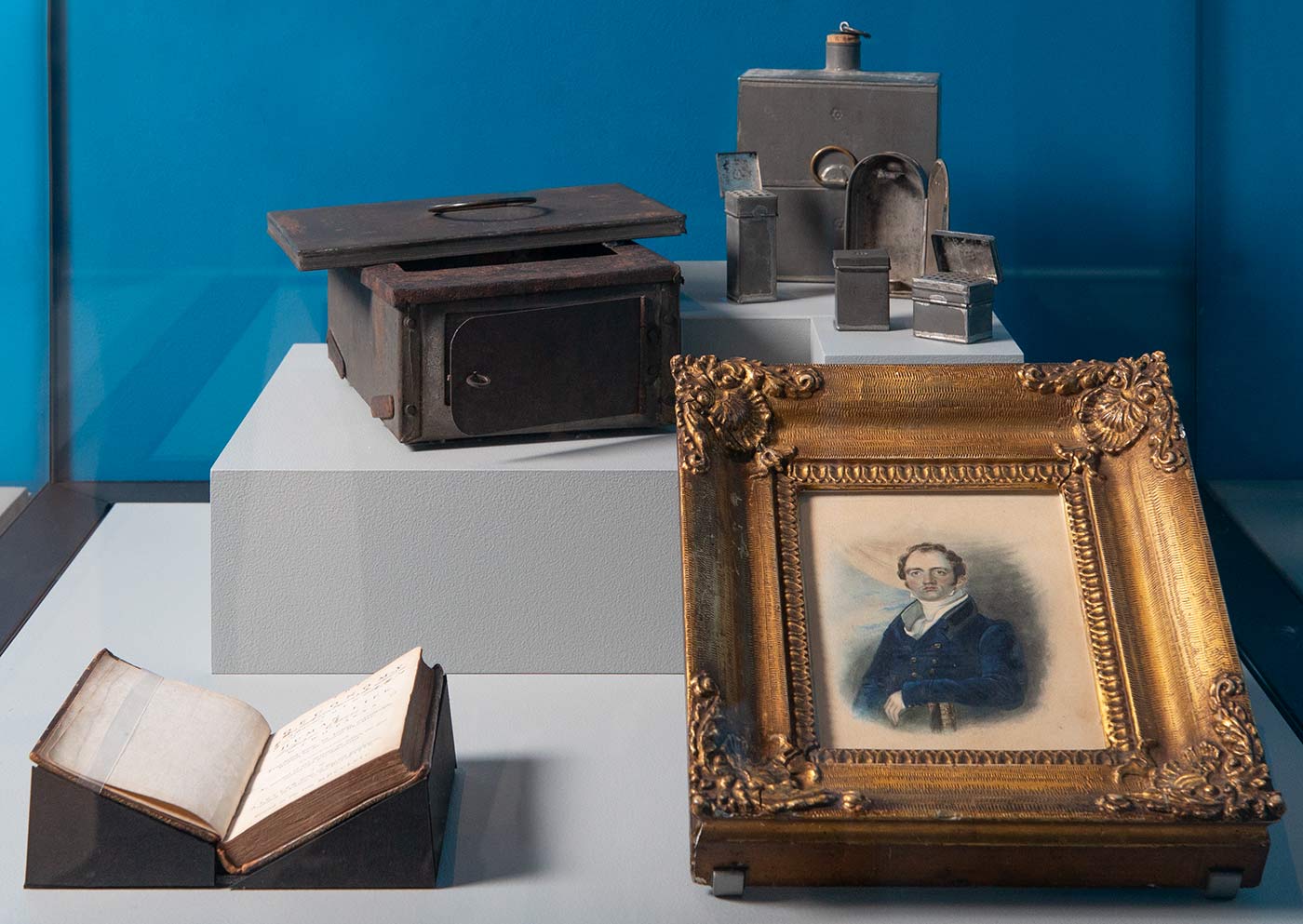 Australia came near the end of the Endeavour’s long voyage. After leaving the England in 1768, the ship had sailed across the Atlantic Ocean, around the tip of South America, and into the Pacific Ocean.

The Endeavour stopped at Madeira, Rio de Janeiro and Tierra del Fuego, before sailing to Tahiti to observe the transit of Venus, and then on to New Zealand. Throughout the voyage, the ship’s artists recorded events along the way.

Learn how the Endeavour voyagers and Australia’s Indigenous peoples saw the same night sky but read different meanings into the stars.

The Endeavour left England in 1768 sailing across the Atlantic, around the tip of South America and across the Pacific to observe the transit of Venus. From there the ship sailed west to New Zealand. After mapping much of the two islands’ coasts, it was time for the ship to head back to England. James Cook had a choice to make. Sail east or west?

it was therefore resolved to return by way of the East Indies ... to steer to the westward untill we fall in with the East Coast of New Holland and than to follow the deriction of that Coast to the northward. 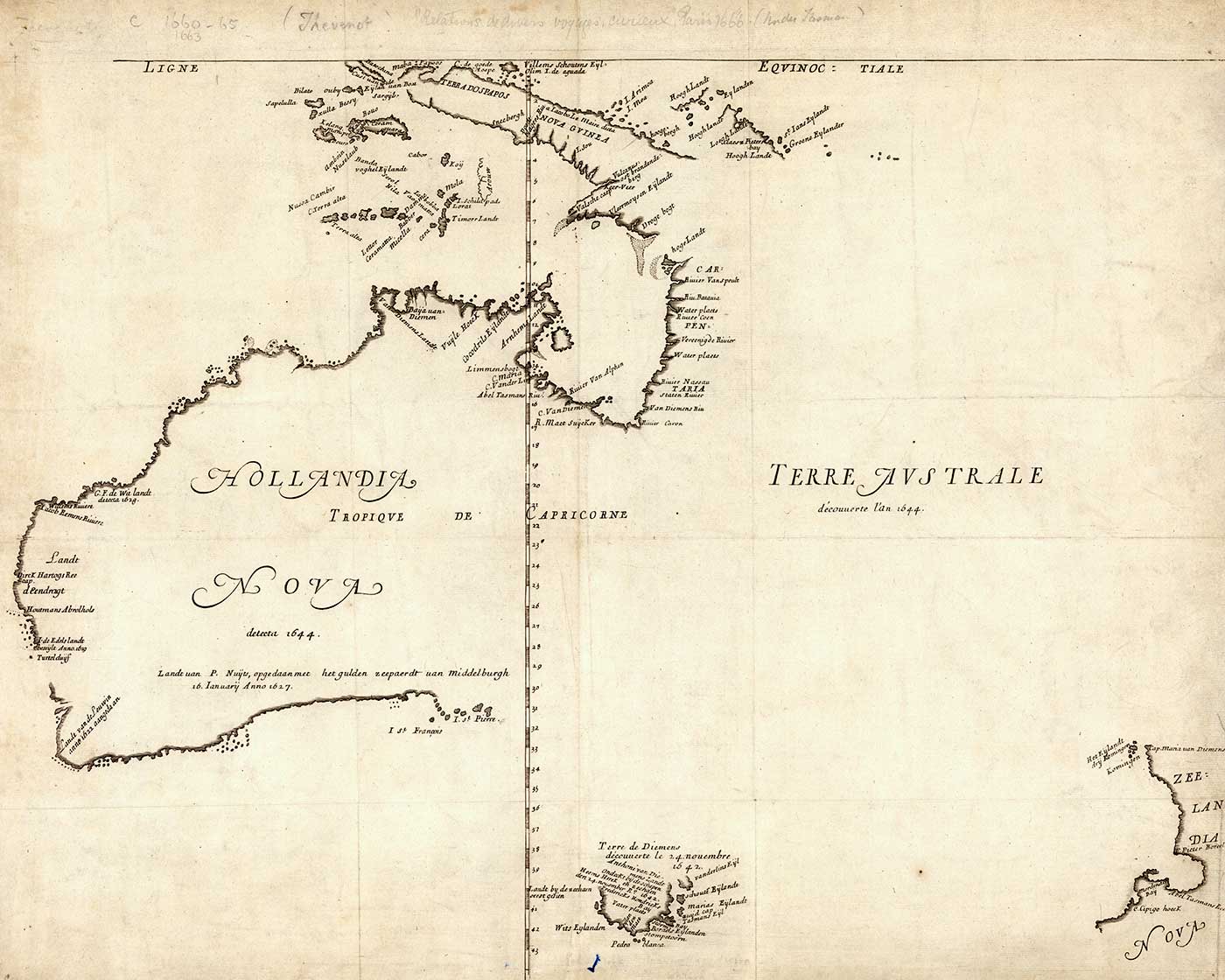