Australia’s Indigenous peoples and the Endeavour voyagers looked at the same night sky but read different meanings into the stars.

What if we told you that astronomy has been practised in Australia for the last 65,000 years?

Astrophysicist Kirsten Banks, Wiradjuri, who works at Sydney Observatory, talks about her passion for astronomy and gives an insight into her life researching the night sky.

For more than 65,000 years, the First Peoples of Australia have lived under the night skies and lived by its patterns.

The Emu in the sky, its position indicates the right time of the year to go looking for emu eggs.in 1769

For Indigenous people the dark spaces between stars are as important as the stars themselves. It shows when seasons and tides change and when certain foods are available.

Although there have been many advances in technology and our knowledge of the solar system has expanded, people still look up at the stars for answers. They remain important in understanding our place in the universe.

Pete Swanton, Gamilaraay,  and Brad Tucker, both astrophysicists working at the Mount Stromlo Observatory in Canberra, share their knowledge about modern astronomy, from Indigenous and non-Indigenous perspectives. Watch Sky stories Live at the Museum video on our YouTube channel

Expeditions were planned to undertake observations across Europe, North America and the Pacific. The observations at Tahiti were disappointing, as they were affected by turbulence in the Earth’s atmosphere.

The Endeavour carried the most advanced astronomical tools. The Royal Society supplied Cook and astronomer Charles Green with telescopes. Daniel Solander, the ship’s naturalist, took his own.

Dr Solander observed as well as Mr Green and my self, and we differ’d from one another in observeing the times of the Contacts [phases of the transit] much more than could be expected — Mr Greens Telescope and mine where of the same Magnifying power but that of the Dr [Solander] was greater than ours.

Matavai Bay, Tahiti, was the main destination for the Endeavour on its Pacific voyage. The ship spent nearly 12 weeks there, with Cook and crew preparing to observe the Transit of Venus.

While in Tahiti, Banks collected specimens and the ship's artists made sketches and paintings. These were not the first British visitors the Tahitians had met. Two years earlier HMS Dolphin was there for a month, with crew members who later accompanied Cook, including his lieutenant, John Gore.

Under the southern stars 03:39

This stylised animation of the night shows constellations such as the Milky Way, the Southern Cross, the Emu in the sky and Baidam the shark. This video has no sound.

Seven stars represent Baidam the shark. He tells the tide, the current and all these sort of things. This is how our people know to navigate, because it’s passed down, generation to generation.

When he’s up on his tail, it’s rough. When he’s down, it’s calm. He holds all of that knowledge — that significant, valuable information. 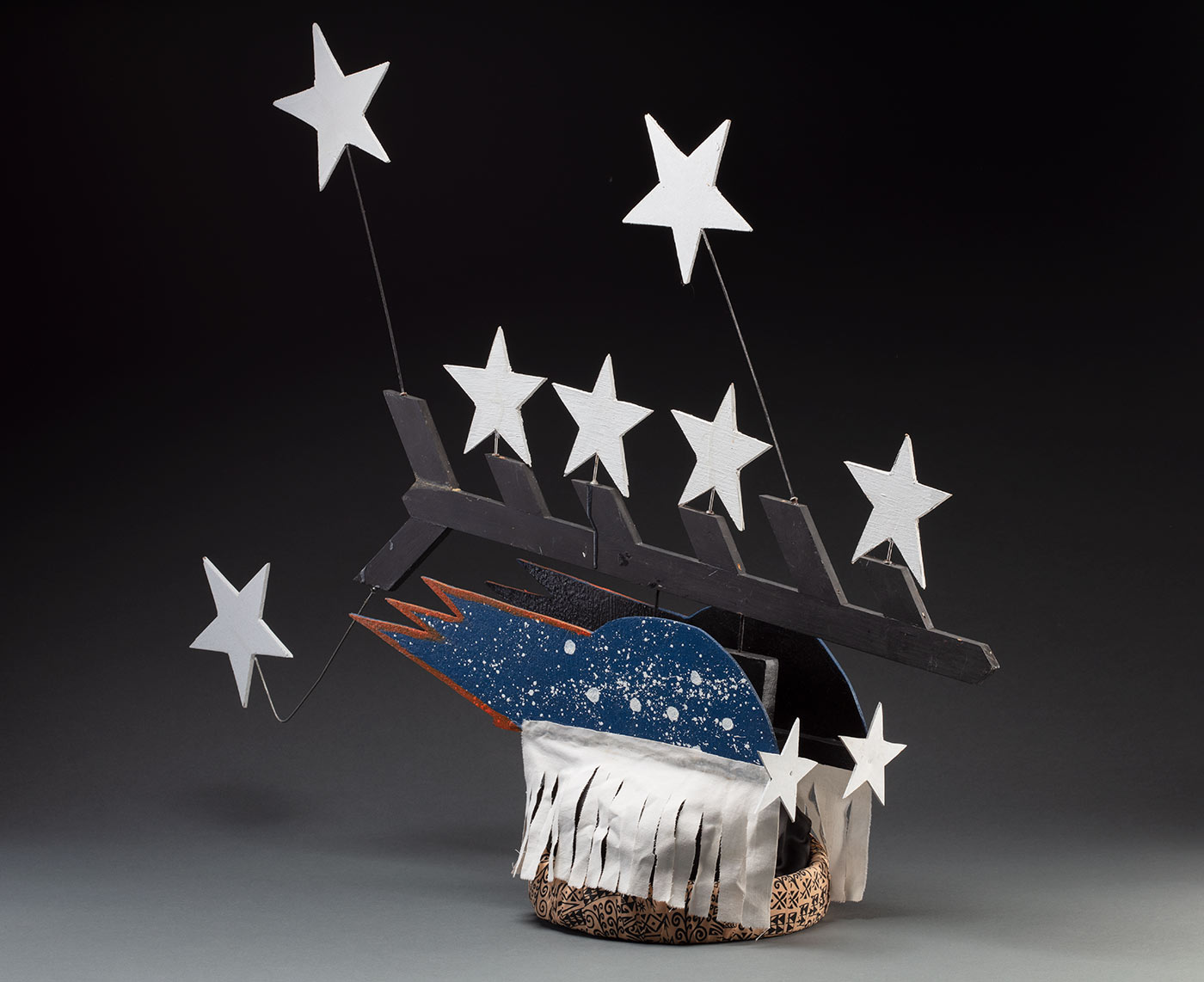 In the Dreamtime, Mirial the creator, created the first man and first woman from the dust, Toonku and Ngyardi, and he gave them both a stick and a stone to make things with, and to create the landscape.

Listen to Cheryl Davison, Walbunja/Ngarigo, tell the creation story of how Toonku was turned into the Moon.
Open player in a new tab
Presenters: Cheryl Davison
Tags:
00:00 / 2:40