In a spiritual sense, it would be good to hold them again, just the way our ancestors held them, even in 1770 ... For us they feel like our national treasure.

On 29 April 1770, HMB Endeavour sailed into Botany Bay, in the country of the Gweagal and Bidjigal peoples of the Dharawal Eora nation, as part of Lieutenant James Cook’s broader exploration of the Pacific.

Approaching the southern shore, Cook's landing party was met by two Gweagal men with spears. Attempts to communicate failed, so Cook’s party forced a landing under gunfire. After one of their men was shot and injured, the Gweagal retreated.

Cook and his men then entered the Gweagal camp. They took artefacts, including a number of spears, and left trinkets in exchange.

[We] threw into the house to them some beads, ribbands, cloths &c. as presents and went away. We however thought it no improper measure to take away with us all the lances [spears] which we could find about the houses, amounting in number to forty or fifty.

Seven days later, after little further interaction with Gweagal people, the Endeavour’s crew sailed away. Cook wrote in his journal: ‘All they seem’d to want was for us to be gone.'

The shield and the spears remain a powerful link to that first encounter.

This Gweagal shield is widely accepted as being among the material acquired when the Endeavour visited Botany Bay in 1770. Either James Cook or Joseph Banks probably collected it, and gave it to the British Museum when they returned to London.

Michael Ingrey, Dharawal, said in 2014: 'This is the one all the elders talk about. The one that Cook took ... What we would like to do is to let our young people in the community know that this is a traditional shield that was made before Cook’s arrival, so that they have that connection to that identity.' 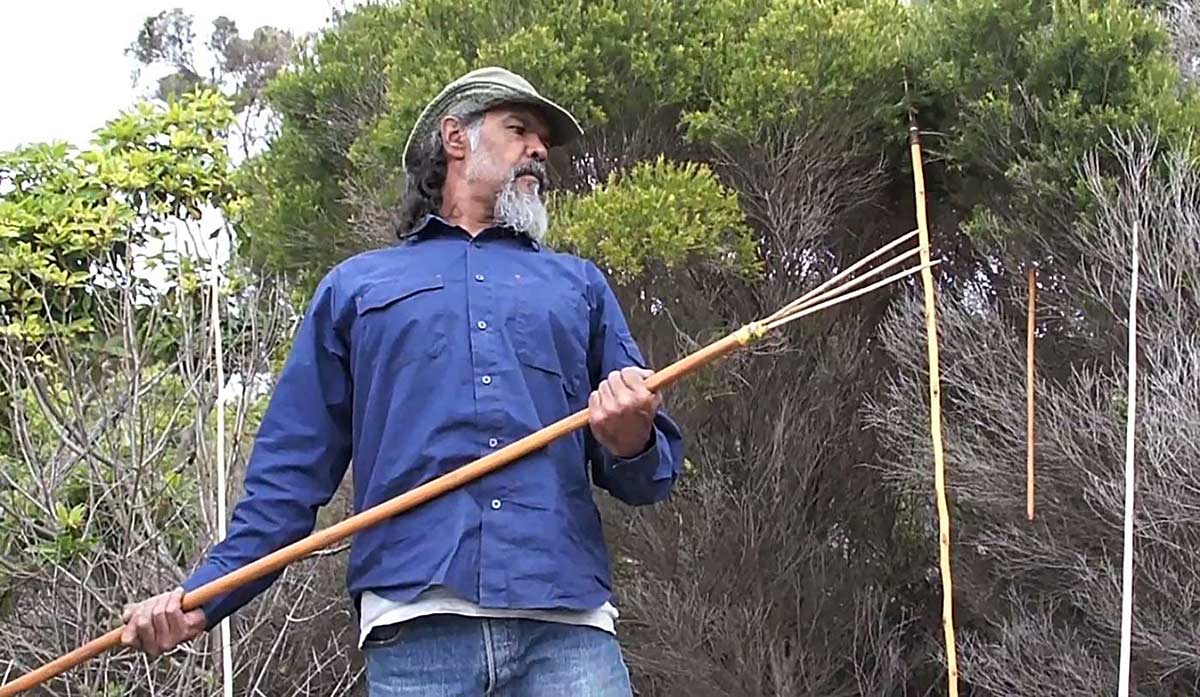 As we approached the Shore they all made off, except 2 Men, who seem’d resolved to oppose our landing.