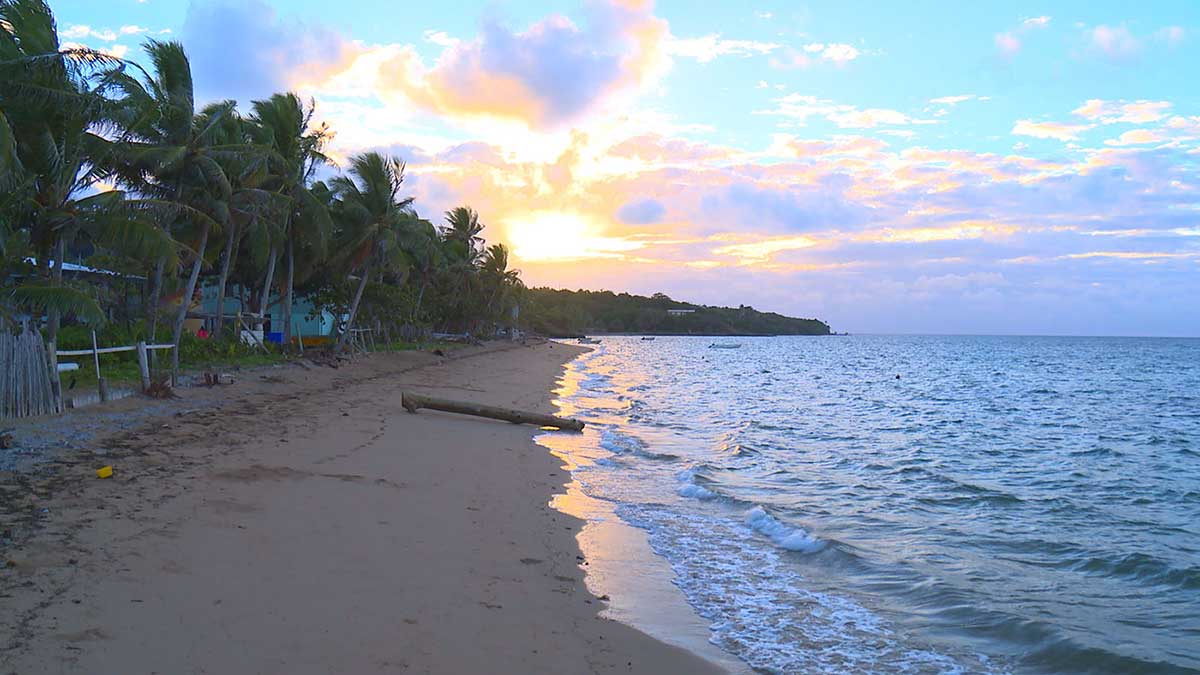 Tell the stories about the older times so that [people] can respect the way we lived in the past, all the way to today.

Salt water runs in the veins of Islanders like Bully Saylor, who has an intimate knowledge of the reefs and waters around Erub (Darnley Island), in the Eastern Islands of the Torres Strait. He was one of the people who worked to achieve the 2010 Federal Court decision to recognise native title in the seas of the Torres Strait.

Located on one of the sea routes used by European ships to reach new colonies in eastern Australia, Erub was a frequent port of call for supplies. In the seas around Erub, these crews encountered people long accustomed to trading with visitors.

The sea continues to inspire artists on Erub today. It is the centre of a flourishing artistic style using ‘ghost’ nets (discarded fishing nets).

This mask was among the ‘curiosities’ collected on Erub by the crew of HMS Fly and later given to the British Museum. They are some of the earliest examples of Torres Strait Islander material known to exist.

The Fly’s visit to the island was part of a British naval project to chart sea routes through the Torres Strait. Scientists and artists, including Joseph Beete Jukes, the Fly’s naturalist, were among the ship’s company. 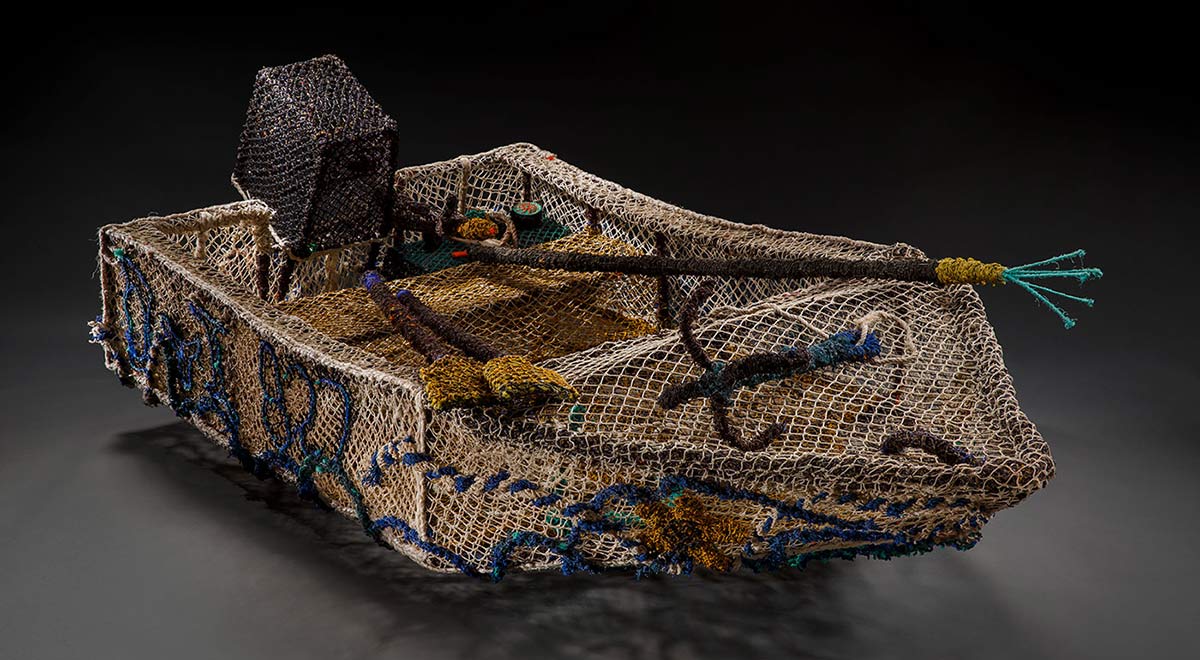 The ghost net is a recycled thing … It’s a spoil of the marine life here – kill fish or turtle or dugong. But there’s still more coming, so we decided to use the net to do artwork. As soon as we run out of the nets and rope, they [the rangers] send more, lots and lots of it, they wanna get rid of.

The Coming of the Light is a festival celebrating the anniversary of the arrival of missionaries from the Loyalty Islands on Erub. This was the beginning of Christianity in the Torres Strait. The name of this boat is a reference to this foundational event. 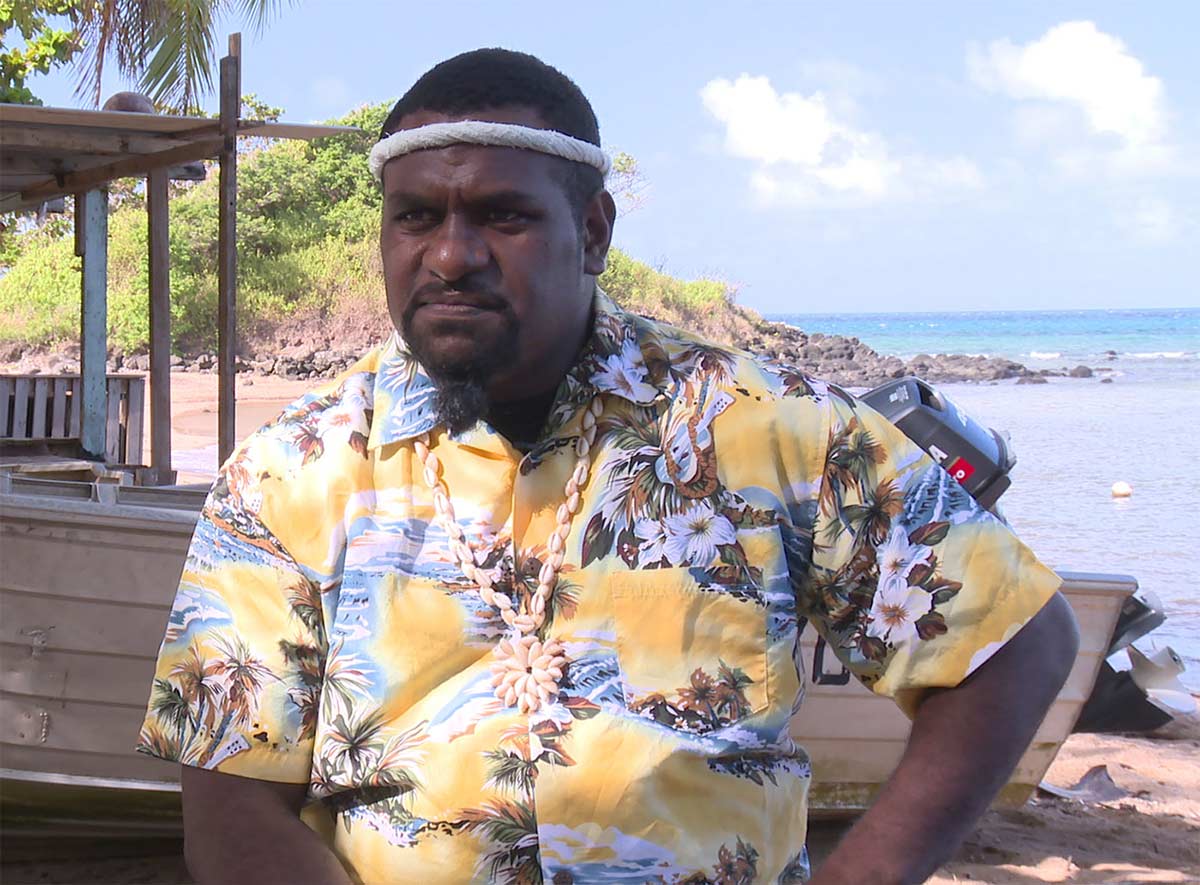 In March 1845, HMS Fly visited Erub as part of a British naval project to chart sea routes through the Torres Strait.

Extract from JB Jukes's Narrative of the Surveying Voyage of HMS Fly, 1847:

An active barter immediately commenced with our boats’ crews, in which tortoise-shell, bows and arrows, and other curiosities, with some cocoa-nuts, were exchanged against knives, axes, and tobacco.