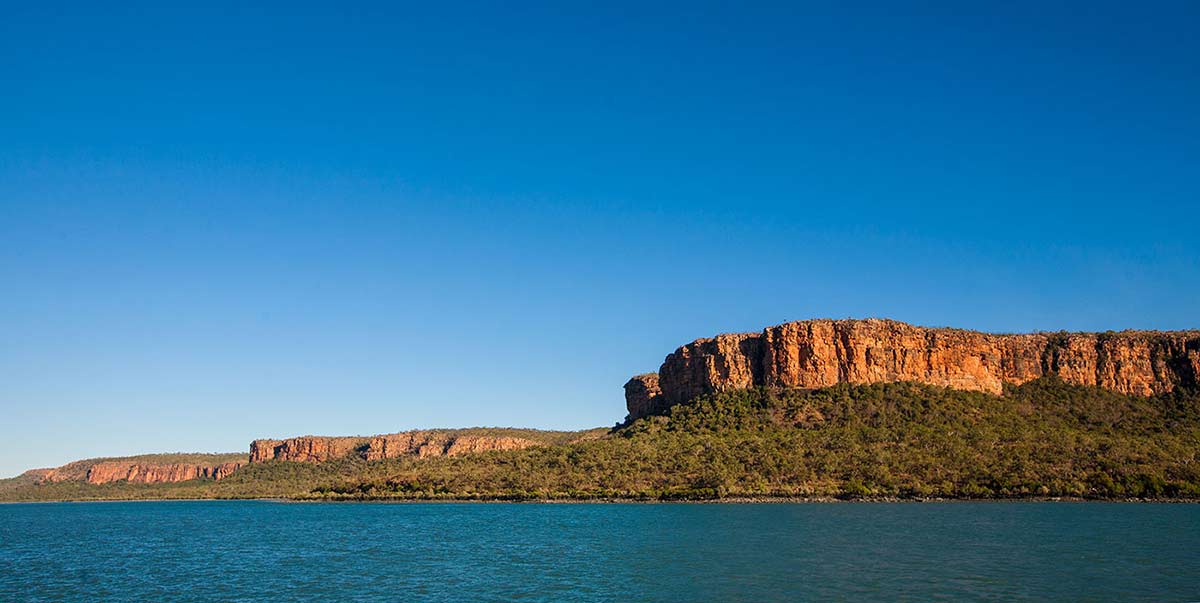 Hanover Bay – beautiful, it’s magic country. High red bluffs, that peak ... especially when the sun gets up, when the sun rises you see the different colours. Just a magic place.

In 1821, Worrorra people looked out from the shores of Hanover Bay in north-west Australia to see HMS Bathurst sailing in. It was not the first visit by a foreign ship.

It was actually the Dutch who first came to our coast ... and we did a lot of dealing with the Macassans as well.

The meeting with the Bathurst’s crew began amicably.

Phillip Parker King, Narrative of a Survey of the Intertropical and Western Coasts of Australia, entry for 7 August 1821:

On our presenting them with some of the fish that we had caught ... they dropped their spears and immediately returned us something in exchange; one gave a belt ... and the other a club.

But soon after the exchange of goods, a British officer was speared in the back. The British retaliated by shooting a local man in the shoulder and then left. In the panic of the moment, it is likely that neither side understood why the encounter had unravelled.

The stone spearhead pictured opposite comes from that moment.

When the British returned to the region in the 1880s, it was to secure land for cattle. Through the making of a modern horseshoe spearhead (below), Kimberley man Nuggit Gooditt links this time-honoured craft to a more recent story.

Curious about how it was made, King noted in his journal: ‘Both edges were serrated in a most surprising way; the serratures were evidently made by a sharp stroke with some instrument, but it was effected without leaving the least mark of the blow’.

The spearhead subsequently became part of the United Services Institution’s collection in London.

In 1873 Augustus Franks presented it to the British Museum. At that time Franks was an active private collector as well as being the British Museum’s Keeper of British and Medieval Antiquities and Ethnography. 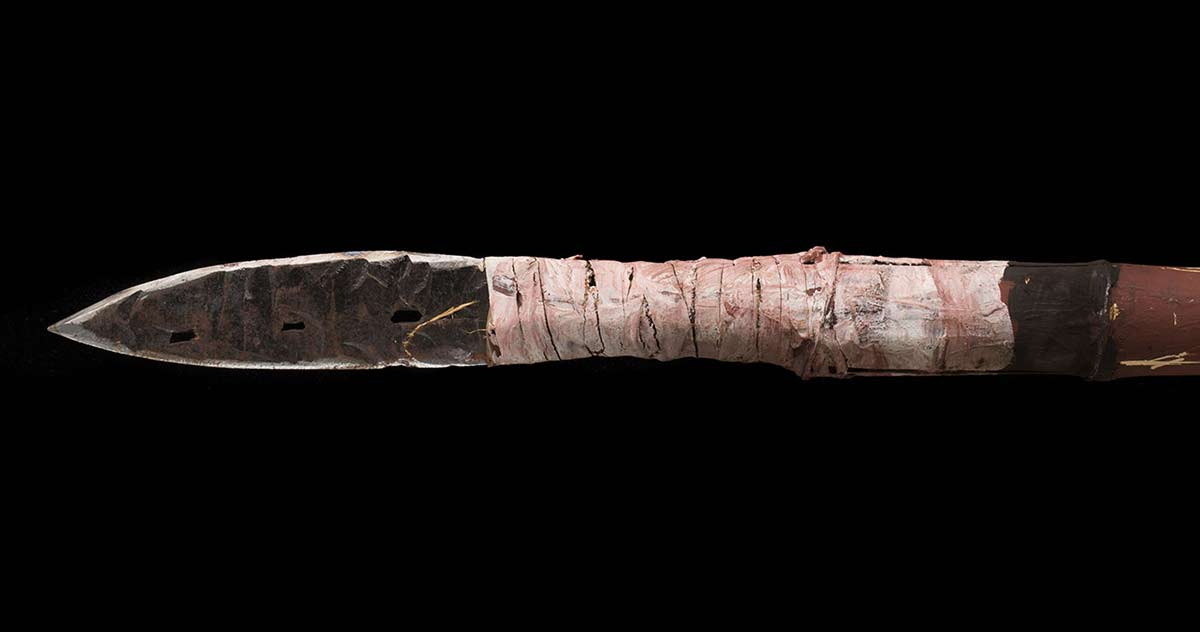 Nuggit Gooditt made this spear and spearhead in 2006 during a living heritage bush camp held at Jigeengardi (Wire Yard), on Gibb River station in the Kimberley.

The reason we had the camp was to get out on country ... to share knowledge and culture ... Women and girls practised spinning, string-making and making bark cradles. 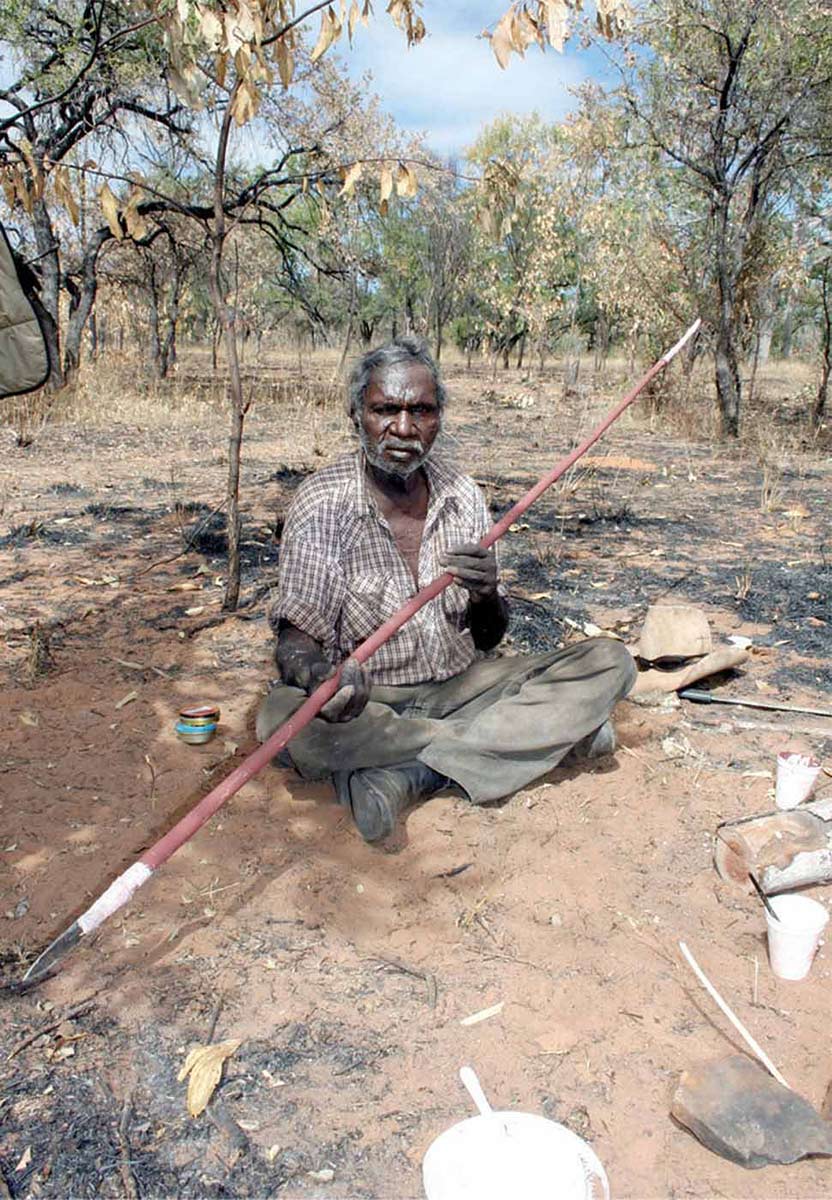 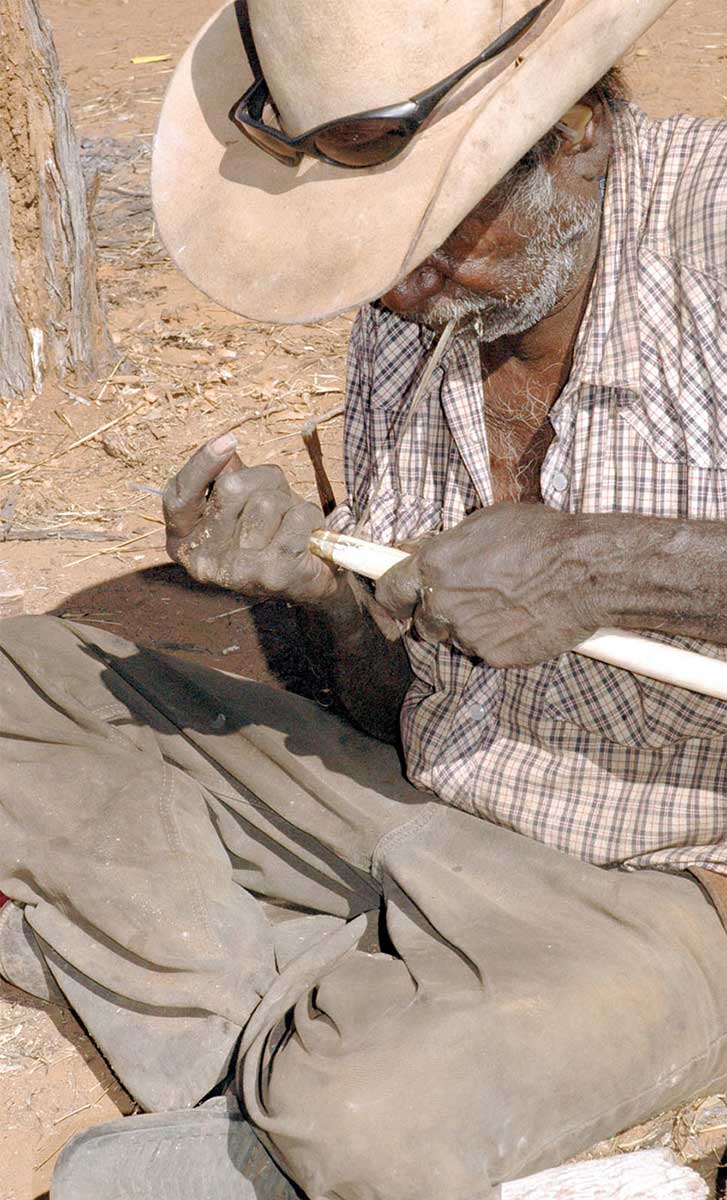 On landing we climbed the rocks on which the two men were standing … upon our approach they retired a few paces and evidently eyed us in a distrustful manner.