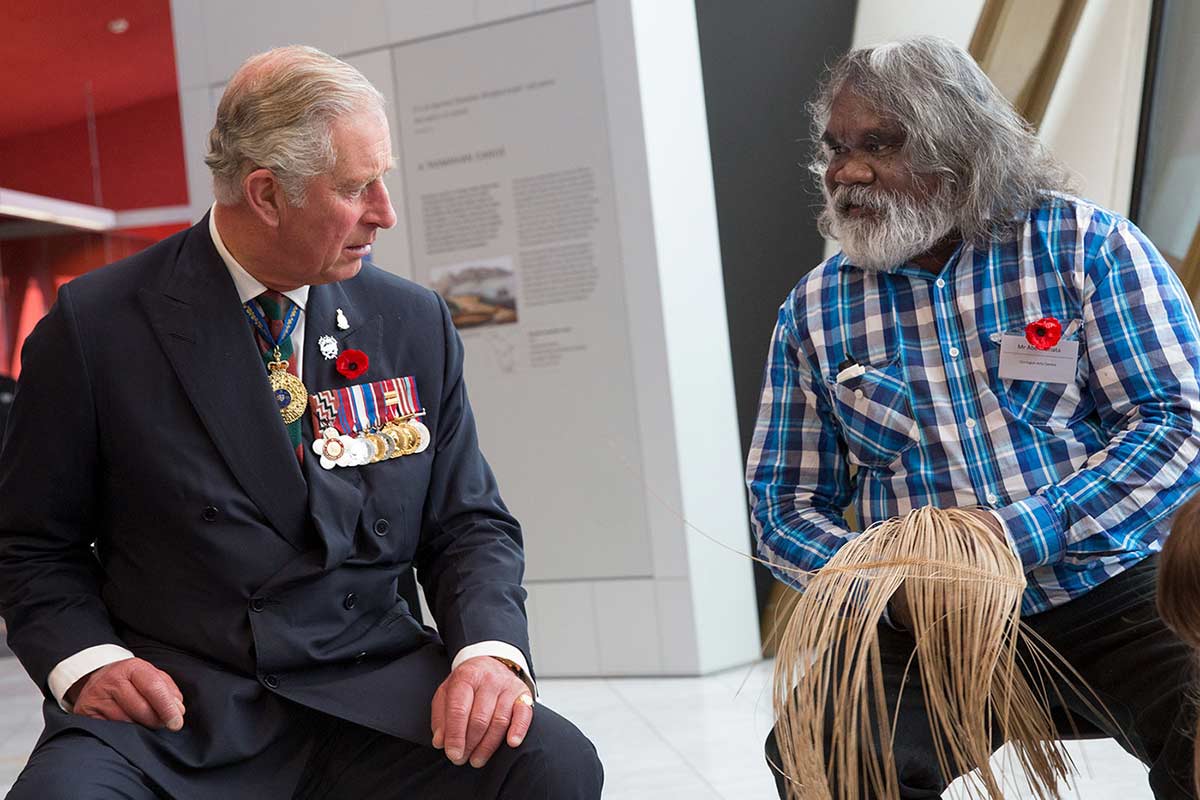 This week’s visit by His Royal Highness, The Prince of Wales was an important step towards the launch of the Encounters exhibition and brought news of scholarships giving young Indigenous people an extraordinary opportunity to work in Canberra and the United Kingdom.

The Prince of Wales is patron of the Encounters project and it was a privilege to host him in Canberra, having met him in April at the London opening of the British Museum’s sister exhibition, Enduring Civilisation.

It was particularly pleasing to see Aboriginal and Torres Strait Islander artists from around the country come to Canberra to take part in the Royal visit and showcase their incredible works for everyone to see. 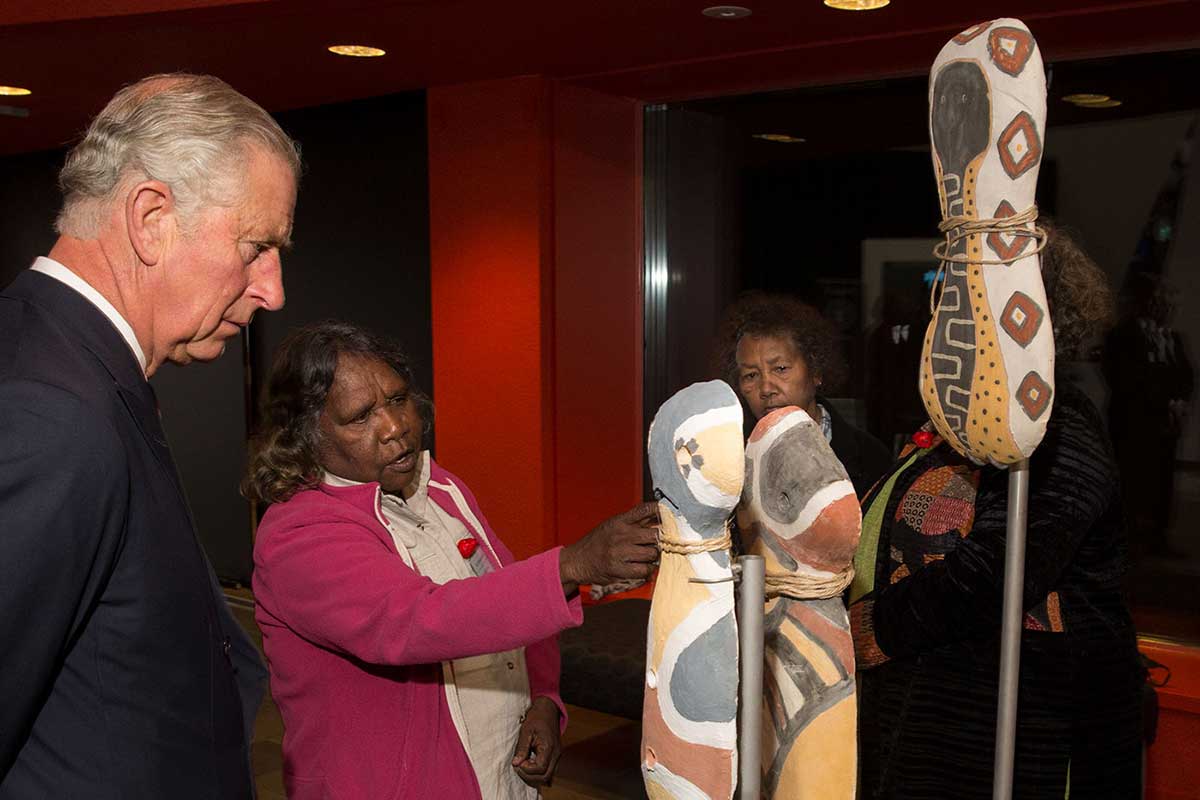 The Prince of Wales with Teresa Beeron

I offer a big thank you to:

It was a great pleasure to see the pride these artists have in their works and their commitment to collaborating with the National Museum on the Encounters project – as well as their genuine engagement with The Prince of Wales. He in turn was clearly engaged by everything he saw and I thank him for his support.

For me, the event was a gratifying confirmation of the power of hard work!

Encounters has been a project which has spanned the country over several years with the deep engagement of the National Museum’s Indigenous Reference Group, the Museum staff, the British Museum – and perhaps most importantly, the communities themselves. 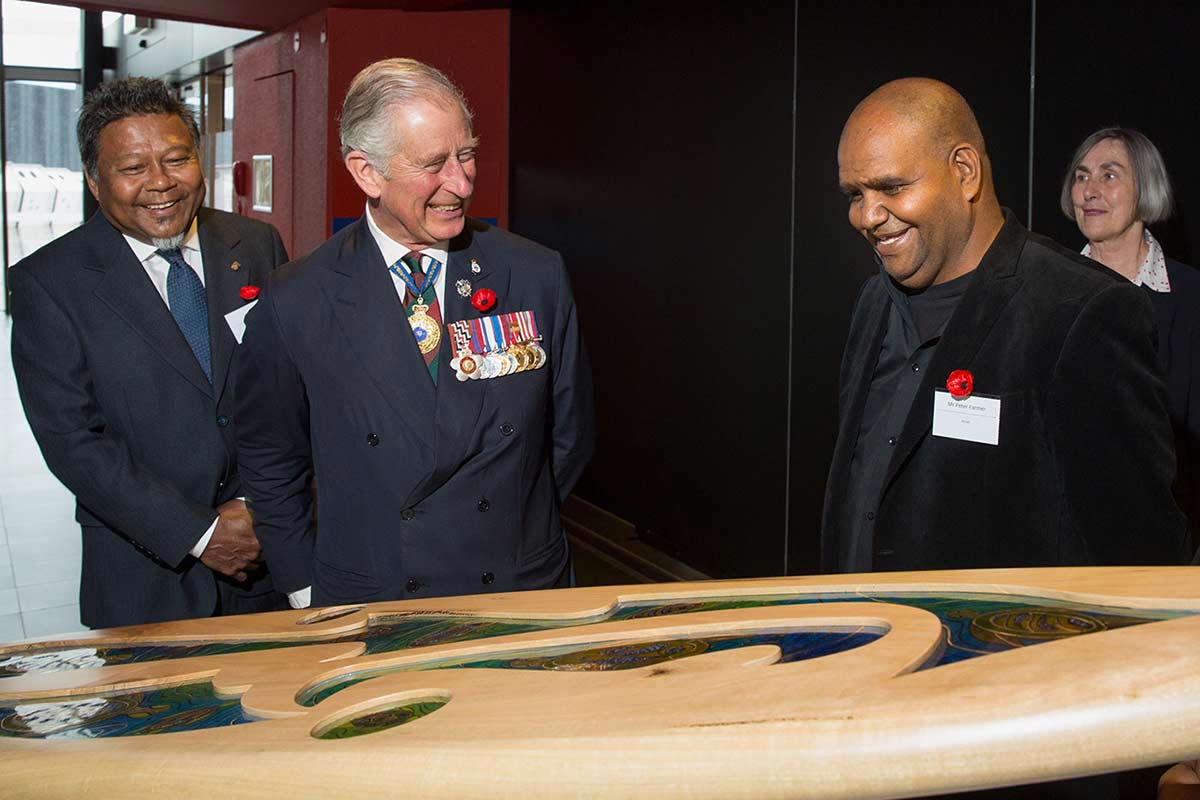 It has been both complex and deeply affecting. The integrity of the project was on display this week and it is enormously satisfying to see everything coming to fruition.

Encounters is all about dialogue and the contribution to the developing discourse required to better define the nature of relationships between first peoples and other Australians. It’s also about further defining relationships between first peoples and the National Museum, the British Museum – and indeed other cultural institutions, in the 21st century.

I pay tribute to everyone who has come on the ride with us – we still have a way to go but things are heading in the right direction. 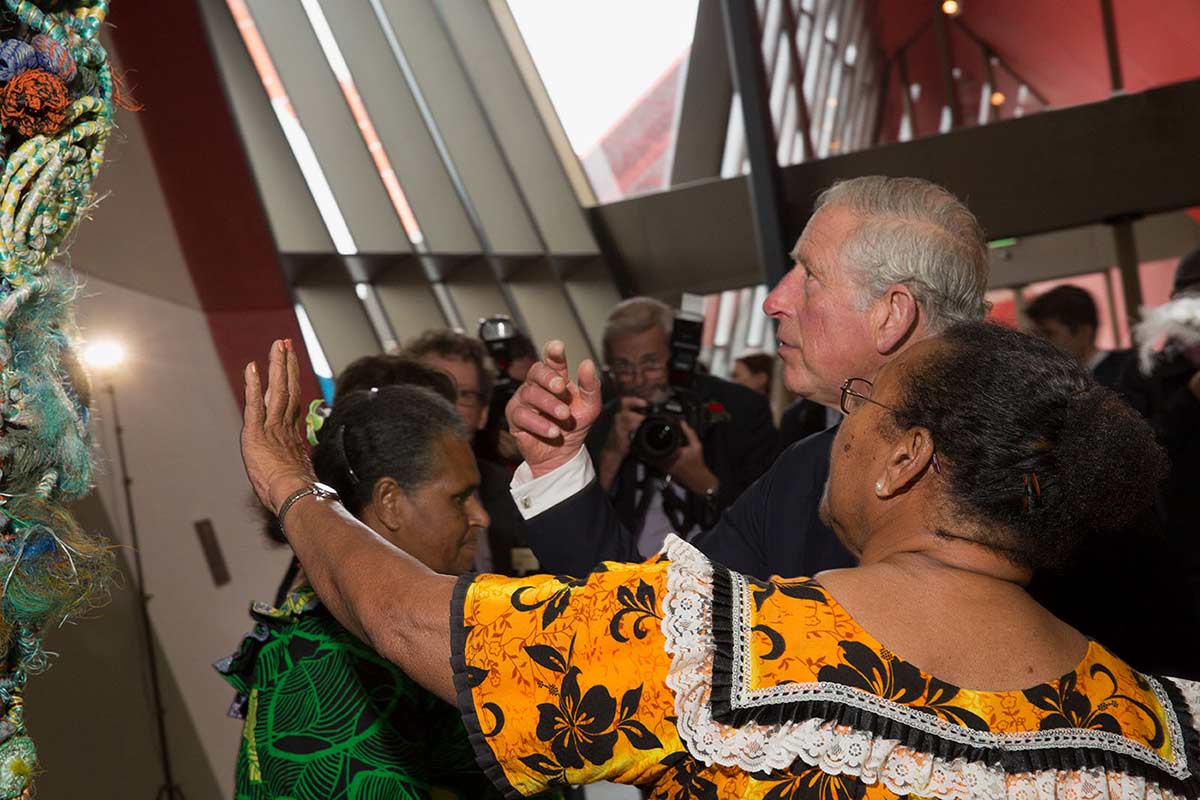 Erub artist Racy Oui-Pitt with The Prince of Wales

Evidence of this was this week’s announcement of the Encounters major legacy project – international Indigenous Cultural Scholarships – which in my view are a key step to giving something meaningful and practical back to Aboriginal communities.

In a partnership between the National Museum, The Prince’s Charities Australia and the Prince’s School of Traditional Arts, in London, six young cultural workers from regional and remote Aboriginal and Torres Strait Islander communities, will in 2016 be given an extraordinary opportunity for an intensive three-month cultural program in both Canberra and the UK.

Participants will be offered training over a diverse range of professional museum practices including exhibition development, collection practices, research and digital integration.

I have long believed that the Encounters project presents a landmark opportunity to build important relationships with Indigenous communities that will persist long after the exhibition closes and this scholarship program is tangible evidence of that.

My hope is that these young people will grasp these opportunities and go on to contribute to the cultural maintenance and preservation of not only objects from their respective lands, but also traditions. Apart from the great role they can play in their communities, as individuals these young people will develop skills and qualifications that will be valuable in their personal and professional lives.

I feel enormous pride that the Encounters project is paying dividends in such concrete ways and I look forward to the exhibition opening to the public on 27 November. 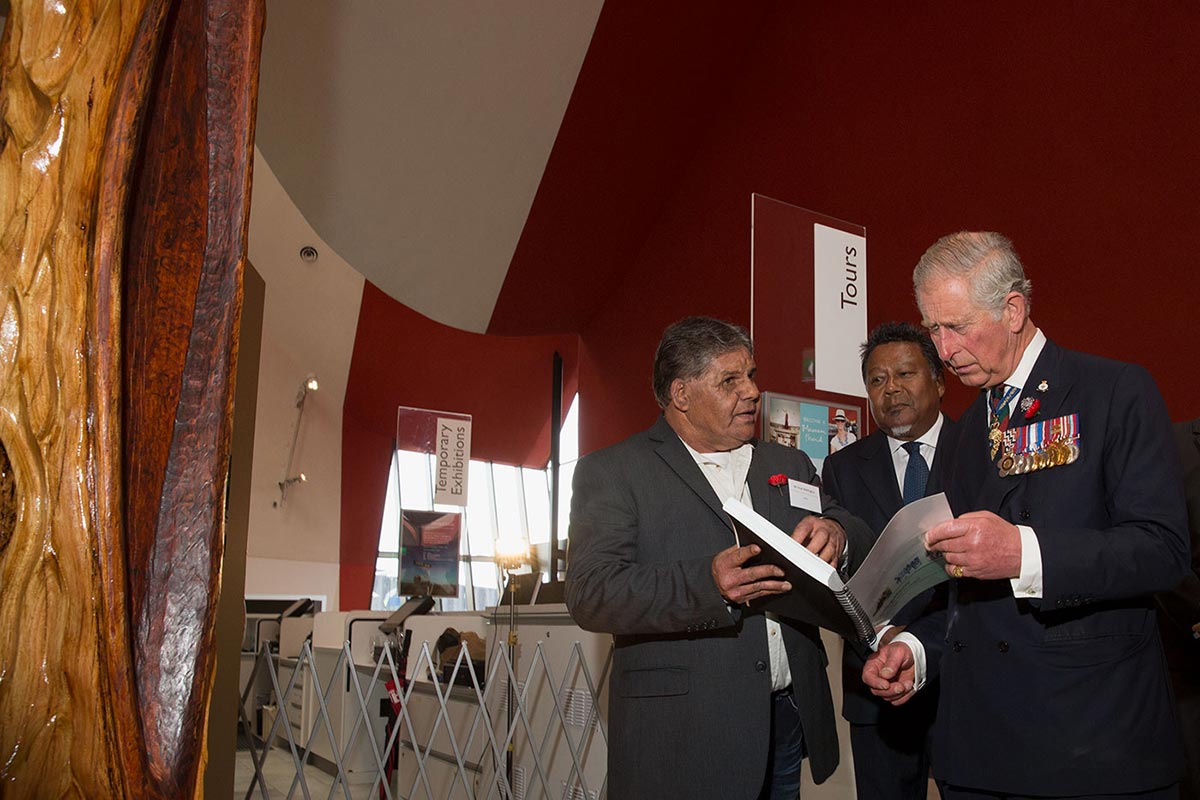