The historical objects we feature in Encounters are tangible links to diverse interactions between Indigenous people and colonial settlers. There is no simple narrative that describes how and why these things were collected. The colonial period from which they come was messy and unresolved, and Encounters helps to add texture to the history of what happened, to acknowledge our nation's shared past. 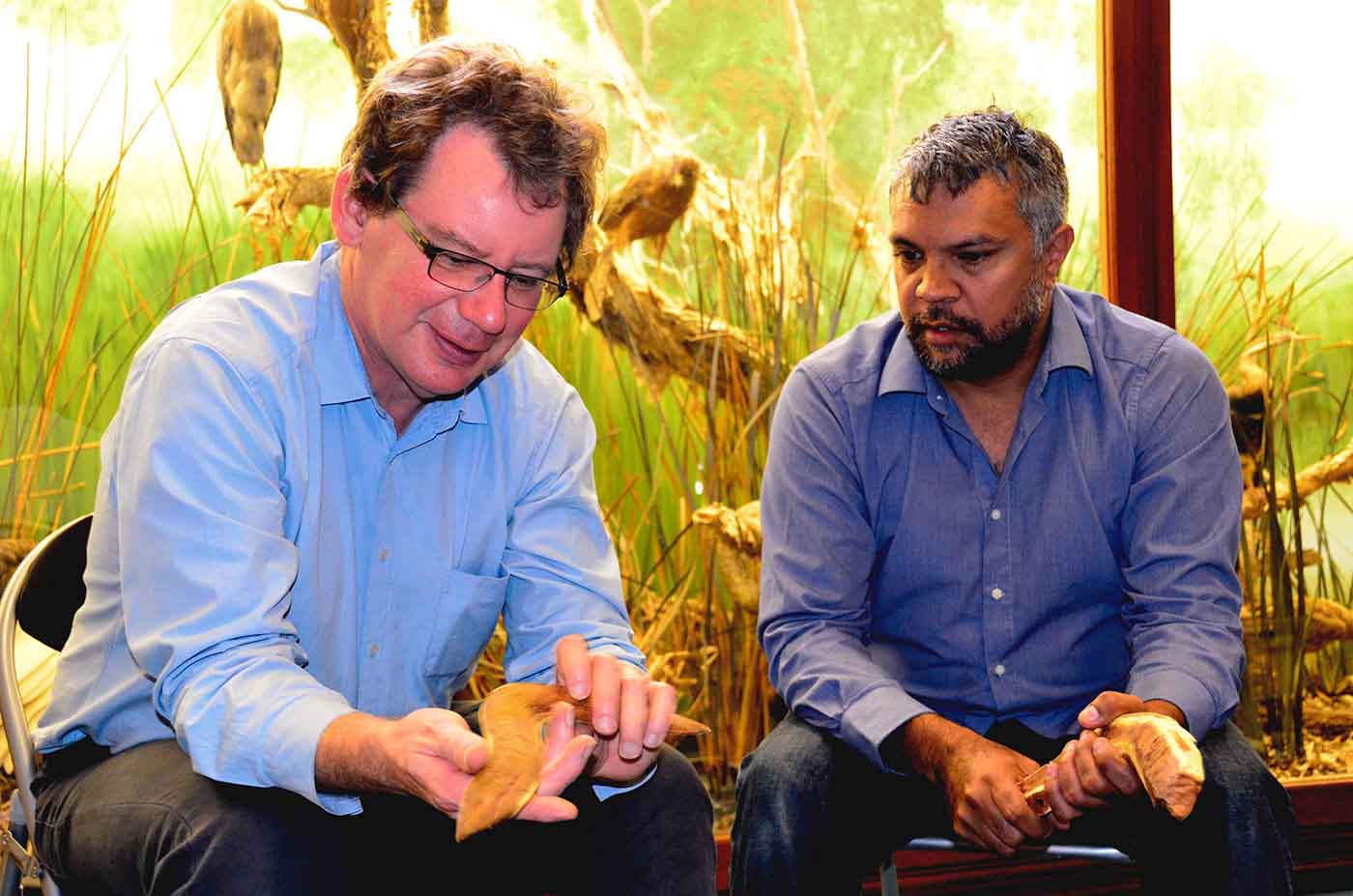 Encounters came about from a curatorial staff exchange with the British Museum during which I researched their collection of Australian material to enrich the information about these objects on their website. The collection had been little researched and, as many of the people who had donated or sold things to the British Museum were often prominent individuals, I was able to provide a richer story of how the objects were acquired.

The objects were fantastic and hadn't been displayed since the 1970s. British Museum curator Lissant Bolton and I thought, wouldn't it be great to do an exhibition at the British Museum? Then we thought, why not think bigger and take it to Australia too and reconnect the material with Indigenous communities?

It has been an incredible privilege to work with these collections, and I feel a great responsibility to make them more accessible to Indigenous communities. In the past, objects have been more difficult to access, but now museums are interested in making materials available and working with Aboriginal and Torres Strait Islander communities.

Although the British Museum and the National Museum of Australia are very different institutions, with different histories and policies, we both embrace the importance of this exhibition.

It was hard to choose which objects to feature in Encounters – all of the material in the British Museum is significant, and there were many factors involved in the selection. We ended up choosing objects that showed the diversity of encounters that occurred across different parts of Australia.

We wanted to include dramatic early material, such as things acquired from Botany Bay in 1770 and Perth in the 1830s. The objects had to be robust enough to travel, and they could not include any secret/sacred objects or human remains.

We are also including a range of contemporary Indigenous material that connects to the objects on display – some were made specifically for Encounters, others relate to 'traditional' objects more generally, and frame the artefacts in museum collections in new ways.

Two of my favourite objects in Encounters are the decorated spear-thrower from Birregurra in Victoria and the dugong charm from Tudu in the Torres Strait. The aesthetic power of both of these extraordinary objects makes you think about the richness of Aboriginal and Torres Strait Islander culture. Come and see them for yourself.