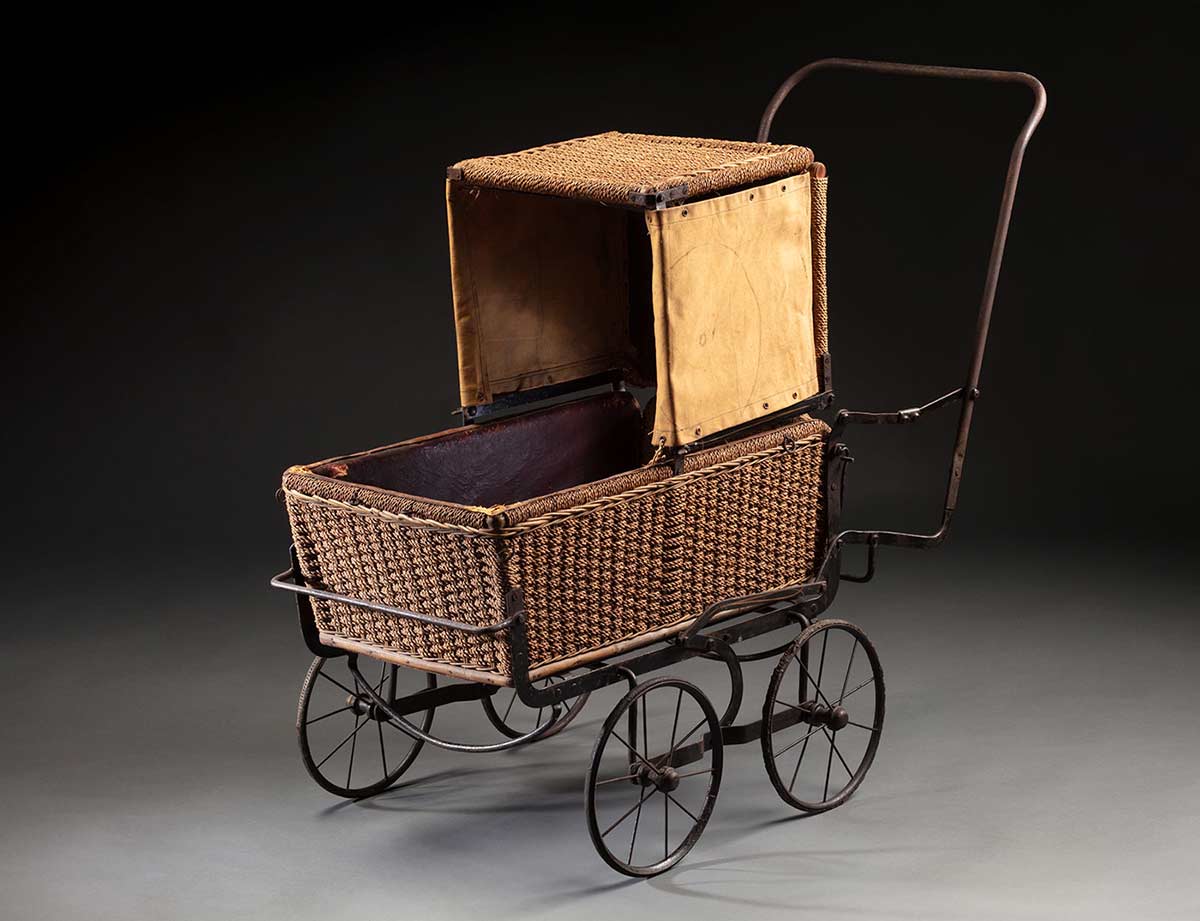 Myles Dunphy modified this pram — nicknamed the 'Kanangra Express' — so that he and his wife Margaret could take their baby son, Milo, on their bushwalks.

An architect by profession, Myles was one of Australia's earliest campaigners for environmental conservation.

Early in his life, Myles developed a love of the bush, especially the Blue Mountains, and in 1914 he formed Sydney's first bushwalking club, the Mountain Trails Club.

He wrote that the club's aims were 'to reach and enjoy the canyons, ranges and tops of the wildest parts of the country', in order to 'establish a definite regard for the welfare and preservation of the wildlife and natural beauties'.

A year later the National Parks and Primitive Areas Council was formed, with Dunphy as secretary. He worked for many years on park proposals and helped to change public attitudes of the bush as a place of exploitation to a place of recreation and appreciation.

The Blue Mountains National Park was formed in 1959, and the Kanangra Boyd National Park in the 1960s. Dunphy's maps of Kanangra and other areas became classics within the bushwalking fraternity and even assisted Lands Department draftsmen. Myles was awarded an OBE for his services to conservation.

In 1931 Myles and Margaret, with the collapsible pram (which could be folded up to be carried), pushed baby Milo from Oberon to Kanangra Tops. The pram now forms part of a large collection of bushwalking equipment donated to the Museum by Milo — whose second name was 'Kanangra' — the boy in the pram.

The collection includes aset of dog boots made by Myles for the Dunphy family pet, Dextre, so that his feet would not be cut by sharp rocks on their walks.

Milo followed in his father's footsteps and was a keen bushwalker and passionate wilderness campaigner. He was Director of Sydney's Total Environment Centre and ran for the New South Wales parliament.

Explore more on Captivating and Curious