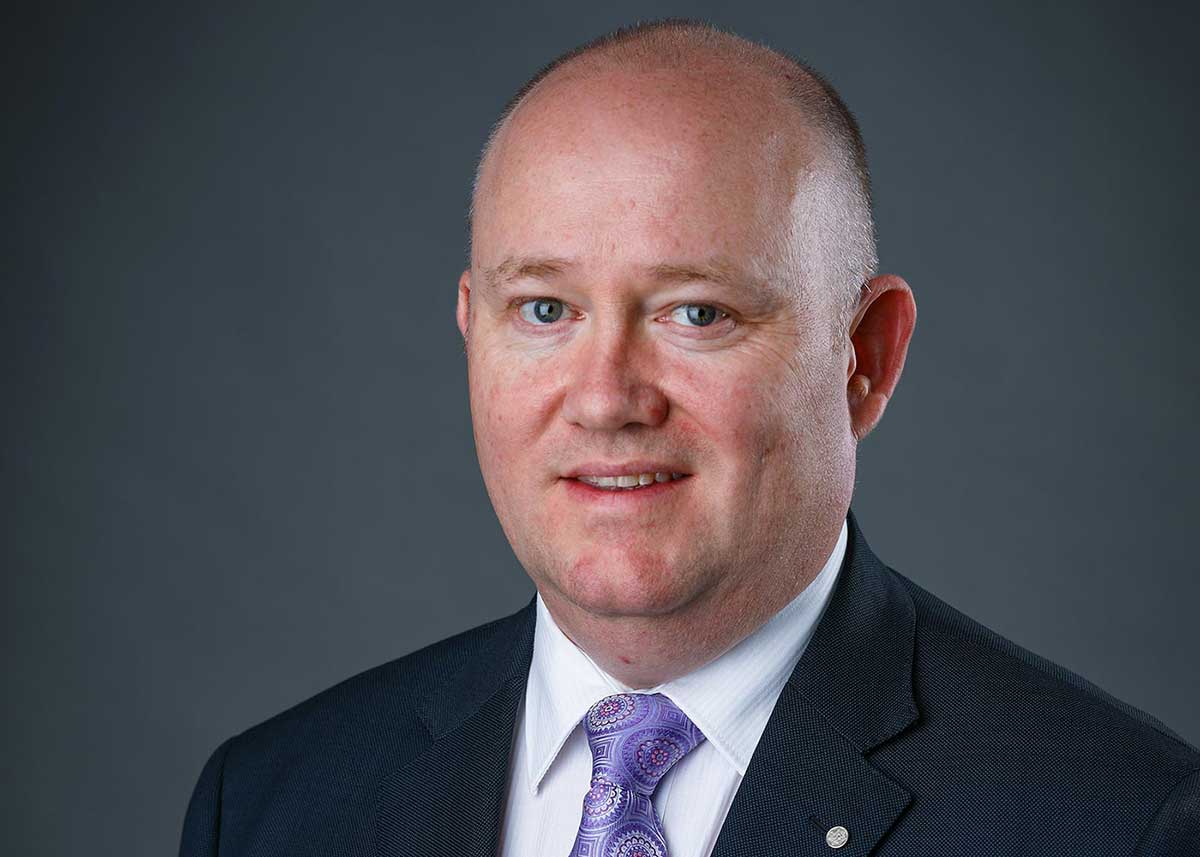 In the summer of 2019–20, Commissioner Shane Fitzsimmons AFSM guided New South Wales and a crew of 74,000 firefighters through Australia’s worst fire season. As Commissioner of the New South Wales Rural Fire Service (RFS), he was praised for his leadership and empathy.

Shane worked with government leaders and, through daily press conferences, informed and reassured the public. He travelled around the state, witnessing the devastation and visiting local relief centres to meet with those who had lost everything as a result of the fires. He also met the families and colleagues of firefighters who had died while on duty.

Shane first joined the RFS as a volunteer in 1985 and became a full-time employee in 1994. He held a number of leadership positions before being appointed commissioner in 2007. After the horror 2019–20 fire season had passed, Shane stood down from the role and was appointed the inaugural Commissioner of Resilience NSW, the state’s disaster management agency.

In the 2019–20 bushfire season, the entire east coast of Australia seemed to be on fire. The skies were red and smoke blanketed our cities. Through the horror of New South Wales’ worst bushfire season in history, Shane Fitzsimmons showed outstanding leadership. His daily media briefings informed and reassured an anxious and frightened public.

Shane began his firefighting career at Duffys Forest, in Sydney’s northern beaches, as a teenage volunteer. This engraved brass nozzle from a fire hose was presented to him by the Duffys Forest Rural Fire Brigade in 2008, after he was appointed Commissioner of the NSW Rural Fire Service. 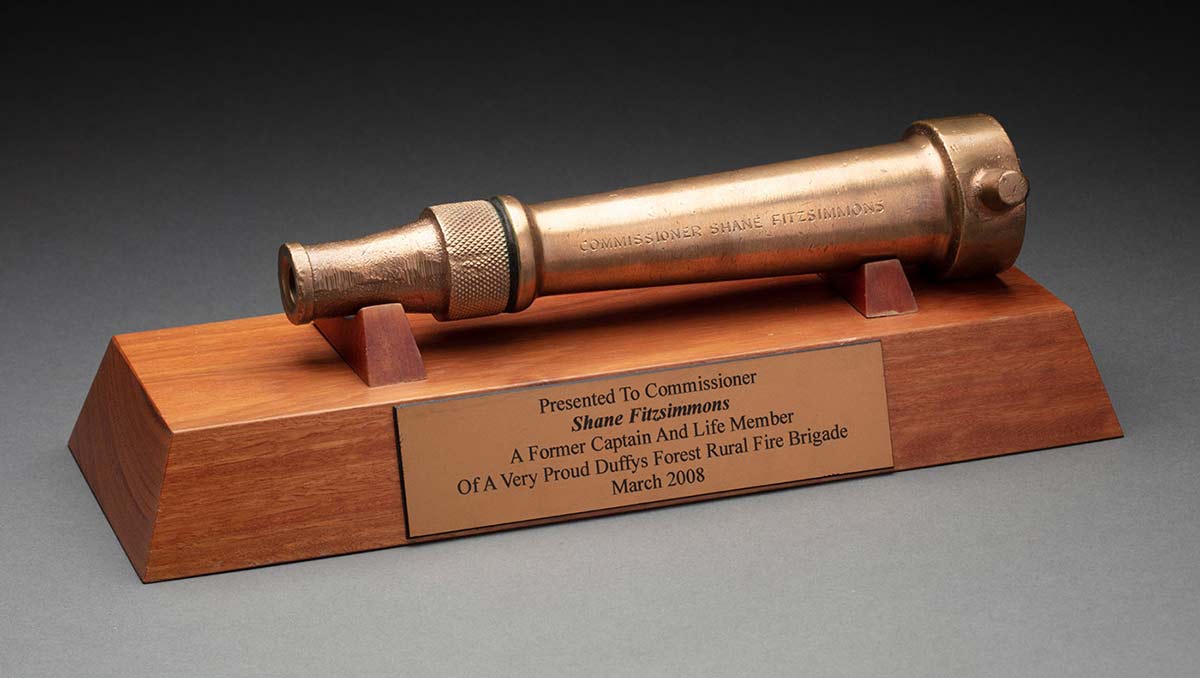 When I see this on my desk, I remember the foundations of the Rural Fire Service and the reason it exists – men and women, willing to volunteer their time and services, for the protection of the community. It reminds me of those who have lost their lives in the provision of community service. Laying down their life in the line of duty for the want of nothing in return, to simply make a positive difference in their community.

In the backdrop of so much adversity and tragedy in the last 18 months, what we have seen is an outpouring of humanity which should lift all our spirits. It was a genuine outpouring of support, generosity, love and compassion, which spread across our borders. We saw it during the bushfires, and again during Covid-19. Pulling together really matters, and community is at the heart of it, for all of us.