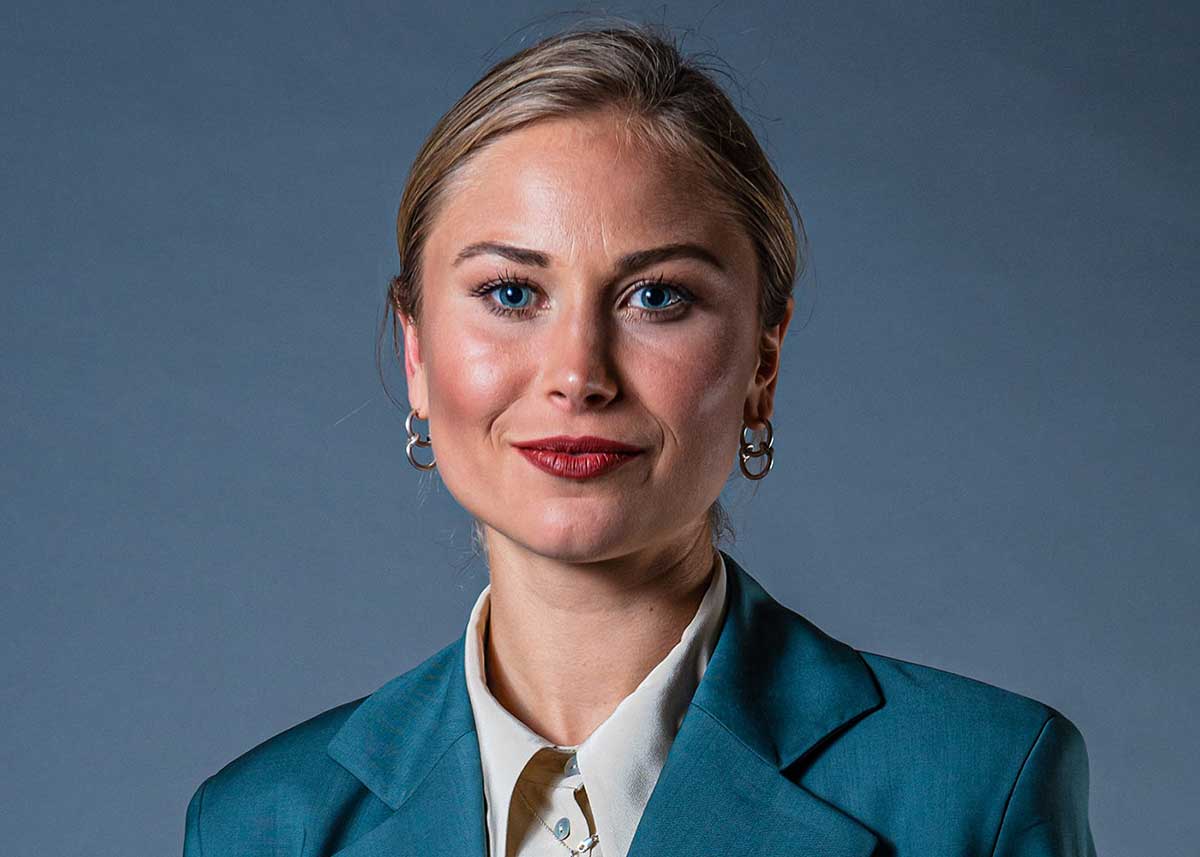 Grace Tame is both a survivor of sexual assault and an advocate for others, particularly those who were abused in institutional settings. From the age of 15, Grace was groomed and raped by her teacher, who was subsequently convicted and jailed for his crimes.

While the perpetrator could speak out and the media could report on the case, Grace was prohibited from telling her story. Tasmania’s archaic sexual assault gag laws effectively silenced victims. Demonstrating extraordinary courage, Grace, assisted by the #LetHerSpeak campaign, applied to the Supreme Court for the right to publicly self-identify as a rape survivor.

An exemption was granted and shortly after, the Tasmanian Government moved to abolish the laws. Grace continues to push for legal reform and raise public awareness of the impacts of sexual violence.

Grace Tame is extraordinarily courageous and helped to overturn a state law that silenced the survivors of sexual assault.

Her empathy and solidarity with other survivors are evident in her current role.

More than 8,000 people signed a petition to change the law. This book contains the names of the first 5,000.

It reminds Grace of the tremendous support she has both in Australia and overseas and to her, this book represents a new future for survivors. 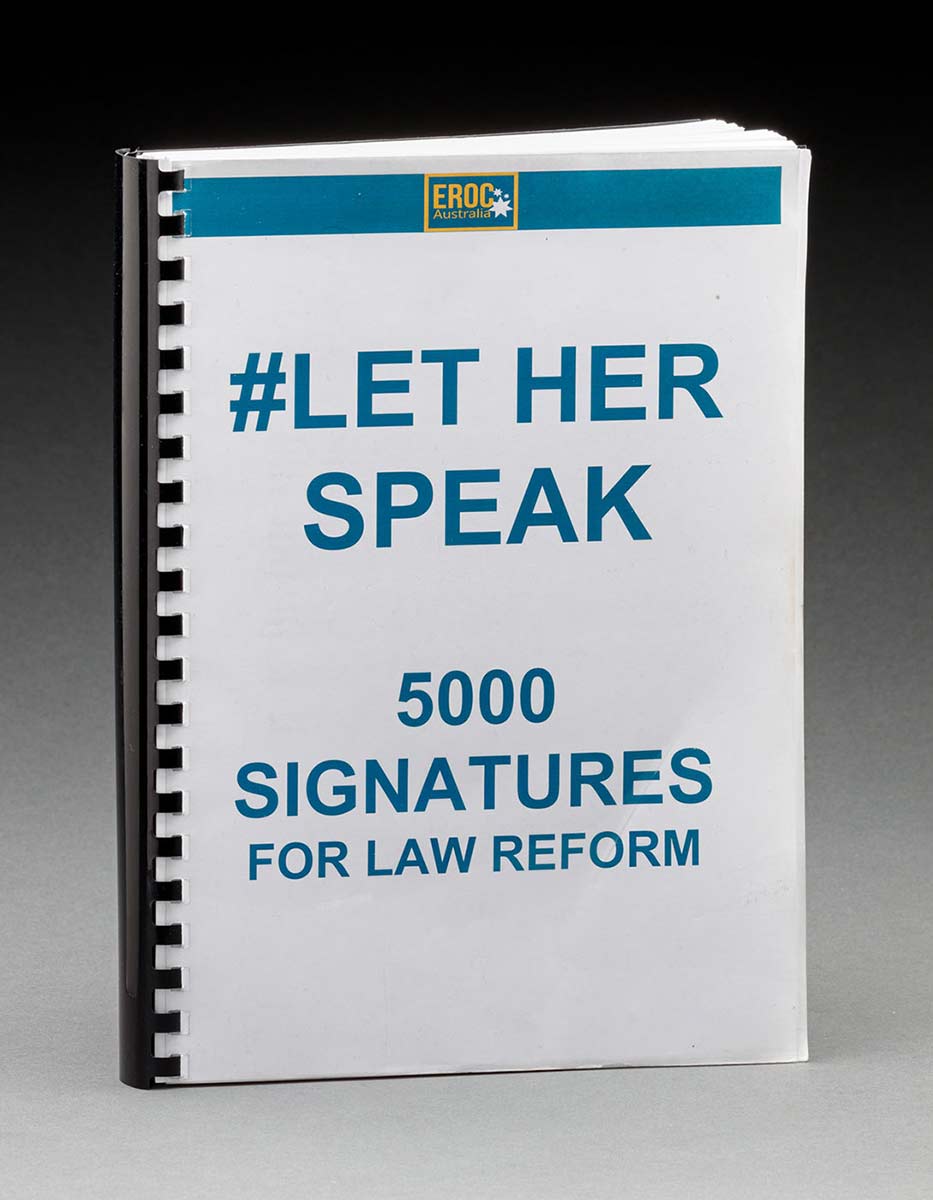 Book of signatures from Grace Tame

Sometimes people feel like their individual contribution won’t make a difference. But together we can make change. Today, we receive lots of digital petitions and we can’t always understand the volume of support that they represent. But this? This is what 5000 signatures looks like. All of these names, all of these people, helped to bring about law reform. This is what truth looks like.

It is so powerful and empowering to be respected and honoured as a survivor. I’m filled with hope ... You don’t have to be defined by the experience in a negative way – you can be shaped by it in a positive way. Survivors can see the light.

The power of truth

When I first reported the abuse to police a decade ago, there were peers of mine who struggled to make sense of what had happened. Some of their names are in this document. The very thing for which I was once ostracised is now the thing that is drawing people closer to me and to each other. That thing is truth.