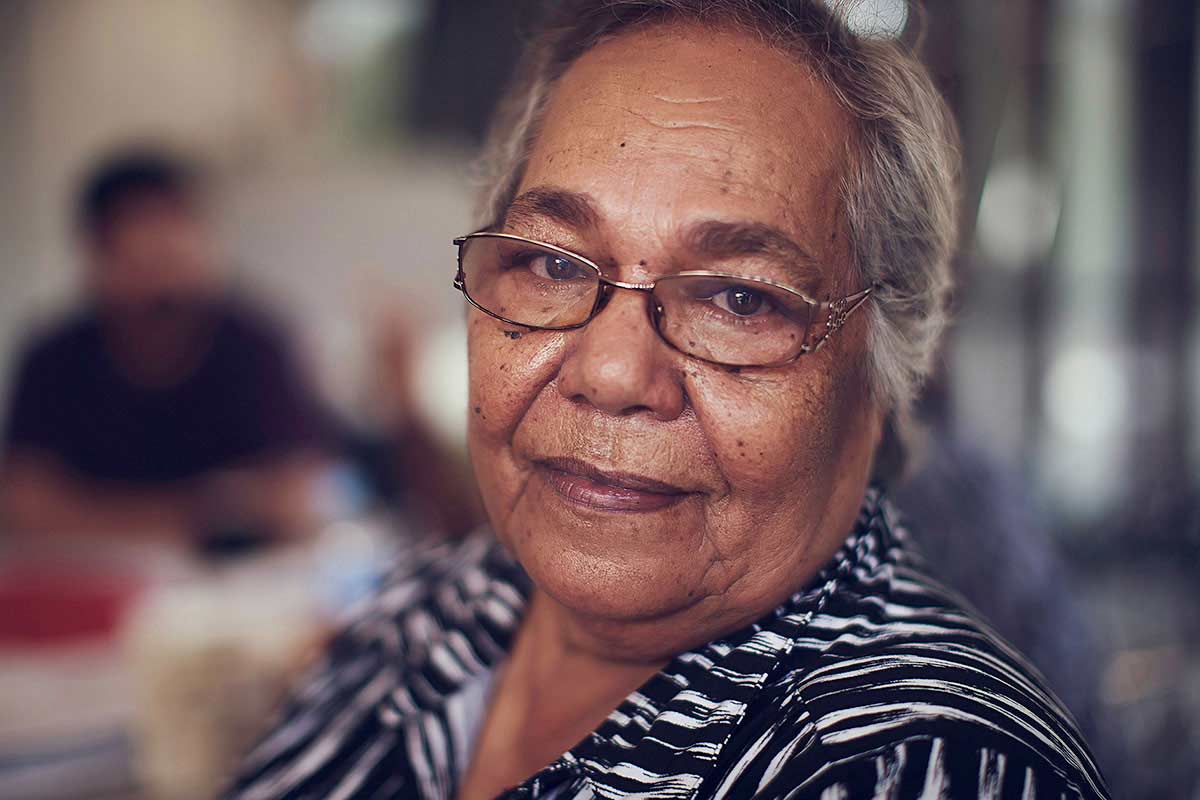 Rosalie Kunoth-Monks OAM has devoted her life to Indigenous issues and to defending her people’s traditional way of life.

Growing up on the remote Utopia station in the Northern Territory, Rosalie Kunoth-Monks learnt the laws of her people, the Anmatjere. After moving to Alice Springs to attend school, Rosalie was cast in the lead role in the classic Australian film Jedda in 1953.

Later, Rosalie spent a decade as a nun in a Melbourne convent before leaving to establish the first Aboriginal hostel in Victoria.

In 1970 she married, settled in Alice Springs and became involved in social work and politics.

Since then, she has been a government adviser, an interpreter, an environmental campaigner and has chaired or contributed to many boards and councils devoted to Indigenous issues.

Passionate about law, justice, education, children and youth affairs, Rosalie cares for other children besides her own and has an enduring commitment to her country and her community.

In defending her traditional way of life and her culture, Rosalie not only stands up for Indigenous people, but for all people, and is respected nationwide.

The strong attachment Rosalie holds to her culture and country was represented by a sacred painted coolamon, when the exhibition was on show at the National Museum of Canberra. The coolamon was made of bloodwood by Rosalie’s maternal uncle Paddy, a Ngale man. The painting on the coolamon represents Rosalie’s life story.

Awelye is an Anmatjere word that describes everything to do with women’s ceremonies, including body paint designs. This design represents the essence of me: I am a warrior woman … strong for culture and the country from which I come.

During awelye ceremonies, we show respect for the country and culture ... we never die.

When the time comes, I will pass the coolamon, and with it, continuing responsibility for culture and country, to my eldest granddaughter, Amelia.