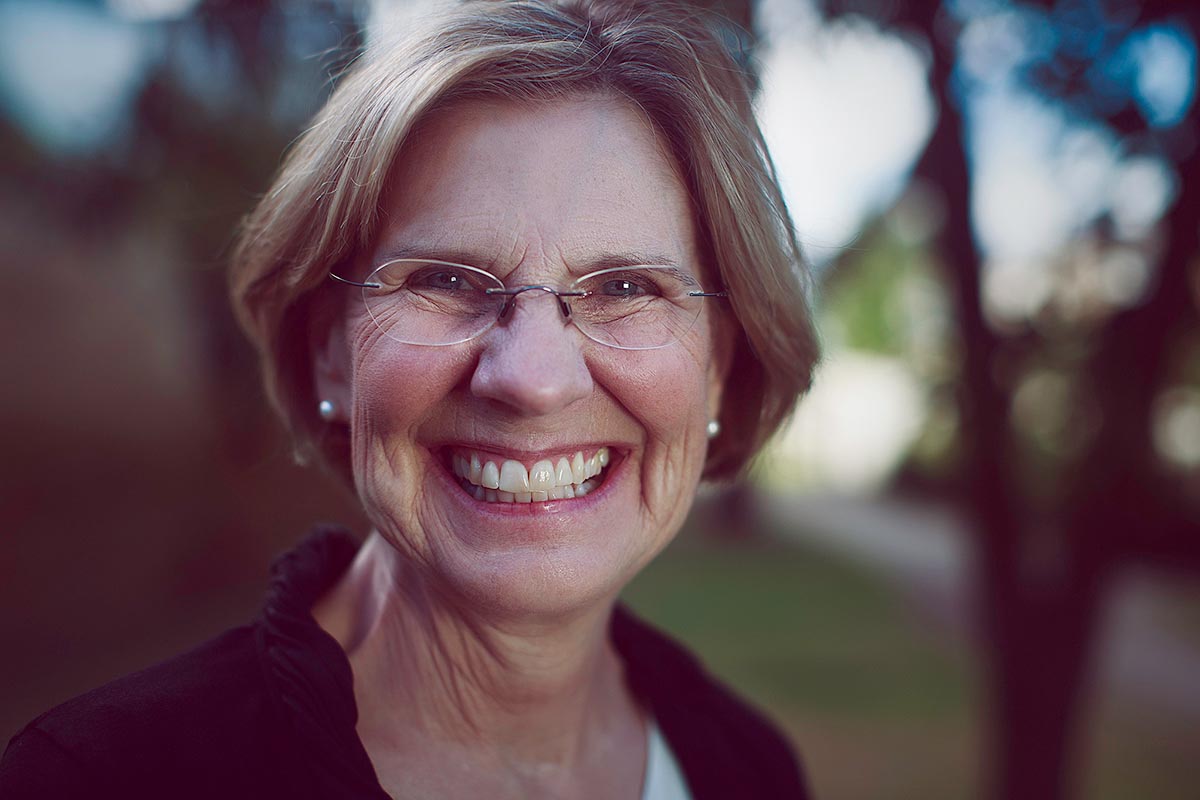 Professor Lyn Beazley AO is a scientist who has dedicated more than 30 years to the field of neuroscience, researching recovery from brain damage and changing clinical practice in the treatment of infants at risk from pre-term delivery.

For Professor Lyn Beazley, science has been a lifelong passion. After graduating from Oxford and Edinburgh universities, Lyn has dedicated more than 30 years to the field of neuroscience, researching recovery from brain damage and changing clinical practice in the treatment of infants at risk from pre-term delivery.

As Chief Scientist of Western Australia from 2006 to 2013, Lyn advised the state government on science, innovation and technology, as well as fulfilling the role of science ambassador both in Australia and internationally.

Lyn has been determined to demonstrate that science is not just a theoretical exercise, but a practical one too. She helped set up a nationwide ‘hotline’ for laboratory technicians in schools, worked for healthier waterways across the state by establishing Dolphin Watch and was involved in the negotiations for the Square Kilometre Array, the radio telescope project that is arguably the world’s largest scientific endeavour.

Lyn’s goal is for every Australian child to learn and love science.

This pearl and diamond ‘pea-crab’ brooch, a gift from friend and mentor, Dr Patricia Kailis AM OBE, and the pearl oyster shell, carved by Indigenous artist, Bruce Wiggan, illustrate Lyn Beazley’s lifelong love of science and fascination with what humans can learn from nature and the universe. The crab is a recurring motif in Lyn’s life and happens to be her star sign. 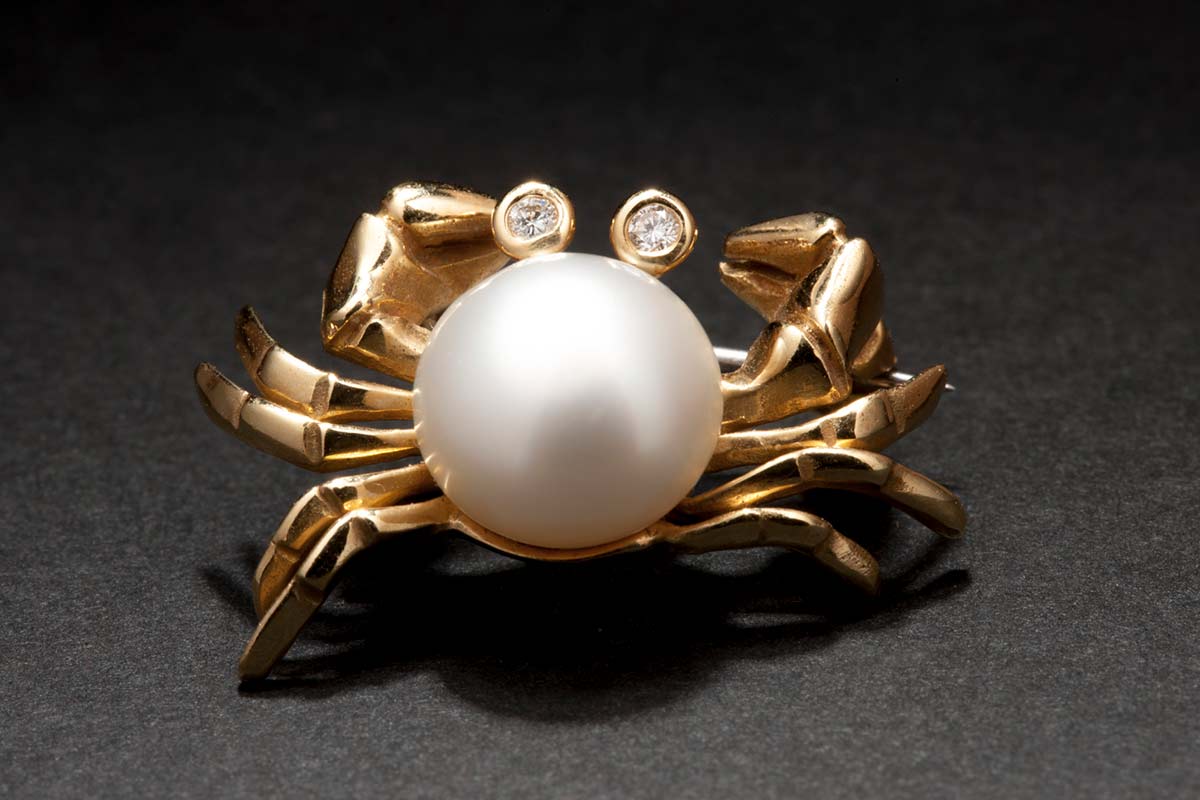 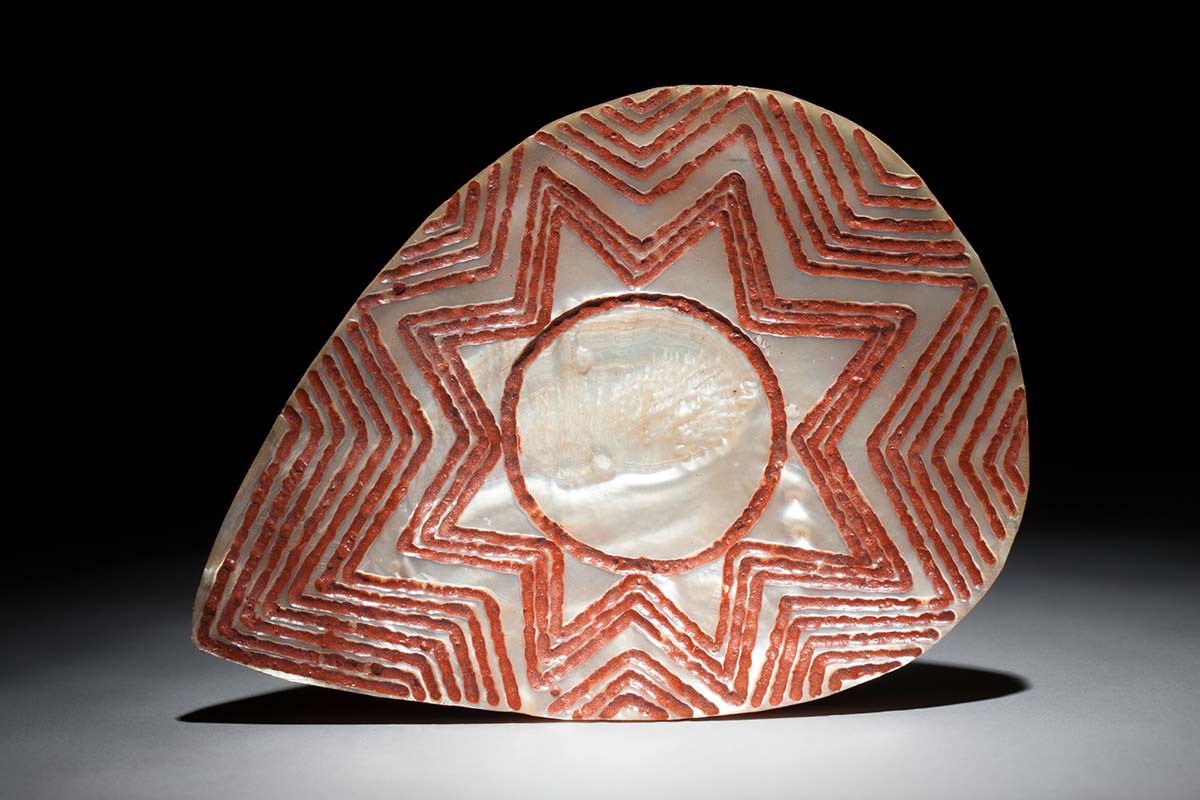 Every healthy oyster has a tiny pea-crab that lives inside it … It shares the food the oyster sucks in and probably keeps it clean … The relationship between the two species is an example of the amazing complexity of nature that so fascinates me. It reinforces the need to understand marine life to protect the health of our oceans.

Crabs and the universe

I was thrilled to 'listen in' a few years ago to the radiowave emissions of the pulsar in the Crab Nebula ... I never imagined that … as Chief Scientist of WA, I would help argue Australia’s case to host the Square Kilometre Array … of radio-telescopes … arguably the largest science project ever undertaken on the planet.

Perhaps most surprisingly I applied my knowledge of how the brain develops and might be repaired after injury (by understanding what controls the division, migration and maturation of cells) to study how to produce better pearls. It was satisfying to know that my knowledge could be applied in a novel way, in this case to advance the 100-million-dollar pearling industry.