Macdonnell imported the telescope to Port Macquarie in New South Wales. There he installed it in a purpose-built observatory behind the Bank of New South Wales, where he worked as manager, and turned it to the heavens.

Macdonnell used the telescope in a range of observing programs, focusing on transit events, comets, sunspots, double stars and the features of the planets. He was forced to sell the instrument during the financial crisis of the 1890s.

The telescope then passed through the hands of a number of Australia's amateur astronomers.

The Sydney architect EH Beattie used it extensively from 1906, publishing many scientific papers based on his observations. By 1921, however, the telescope had been dismantled and placed in storage, where it remained for most of the next 85 years.

The Museum acquired the telescope in 2005 and has returned it to working condition, as it would have appeared in the late 19th century. 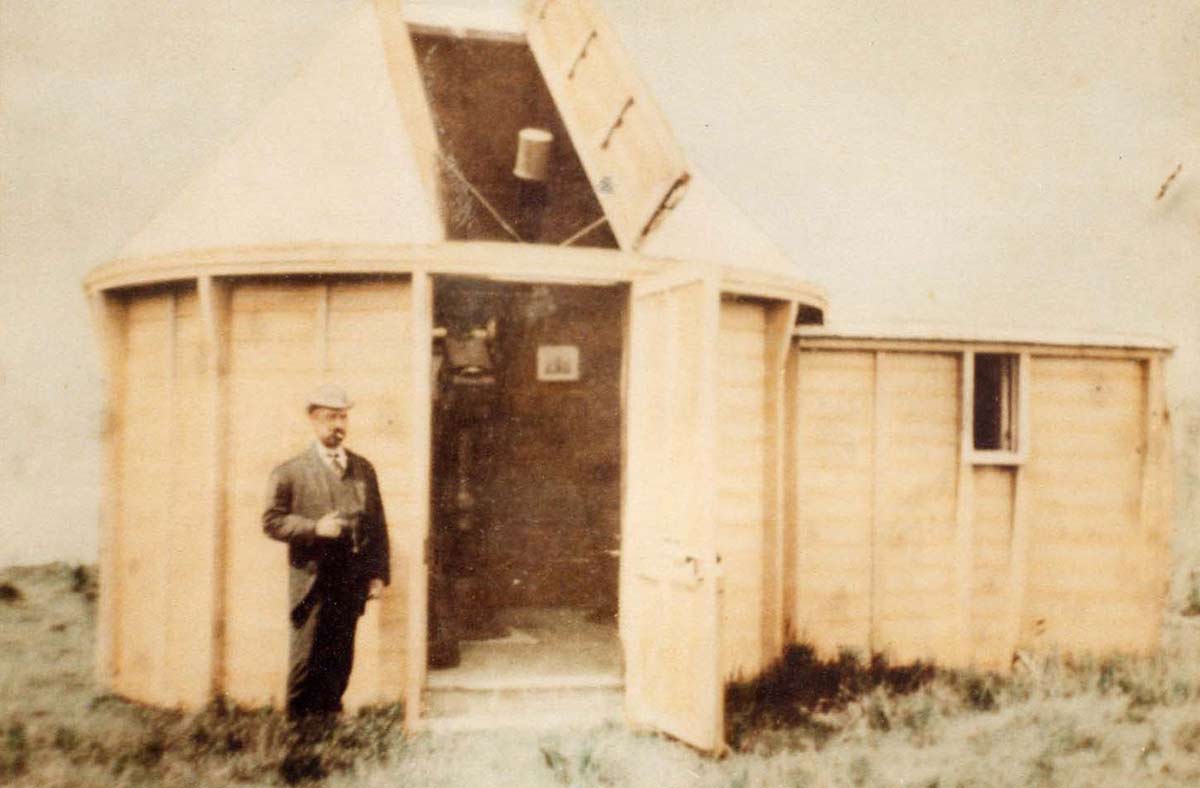 WJ Macdonnell outside his 'bank observatory', built to house the Grubb telescope, at Port Macquarie, about 1885

This telescope is a refracting type, using an objective (comprising two lenses) of around six inches (15 centimetres) diameter to form an image of the object under observation. It is equatorially mounted, meaning that its main axis is parallel to the Earth's axis of rotation. This enables it to be set to follow the stars as they appear to move across the sky.

In the 1880s this telescope was a cutting-edge scientific instrument incorporating innovative features such as the capacity to keep sidereal, or star, time as it tracked an object through the sky.

This meant that an astronomer could move the telescope to observe one star or planet after another without having to stop each time to complete time-consuming calculations locating the celestial bodies.

How to calculate sidereal time 1:16

This animated video has no sound. Read the transcript

The ‘spirit of inquiry’ in Port Macquarie