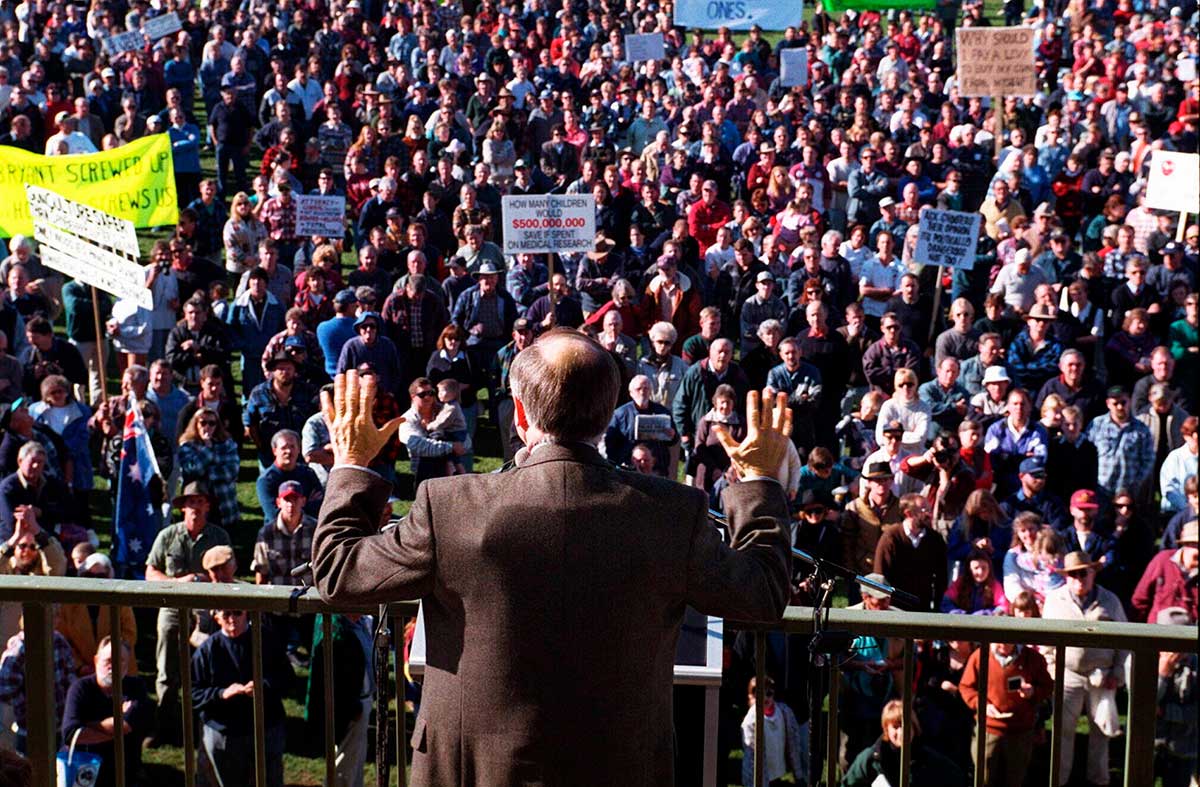 On 28 April 1996, 35 people were killed and at least 18 more were injured when a lone gunman went on a shooting rampage in Port Arthur, Tasmania.

Within four months of the tragedy, the recently elected conservative coalition government under John Howard had orchestrated a tightening of Australia’s state and territory gun laws, which are now some of the strictest in the world.

Gentlemen, the people of Australia are weary of the gun debate. In Tasmania, 35 people are dead because a killer was able to arm himself with a semi-automatic rifle. Your responsibility is to make it illegal to own these guns, illegal to be in possession of them, illegal to obtain the bullets they fire. All this is within your power and the public demands nothing less.

On Sunday 28 April 1996 Martin Bryant, a young Hobart man, went on a shooting rampage in and around Port Arthur, an historic site and major tourist destination in south-east Tasmania.

The massacre left 35 people dead and many injured and traumatised.

Using semi-automatic weapons that he had bought without a licence, Bryant had perpetrated one of the most deadly civilian mass shootings in the world to date. Australia, as a nation, was shocked to the core.

The Australian Government only has the power to make legislation relating to the importation of firearms into the country. Laws concerning private gun ownership are state based and, in 1996, varied greatly. There were different rules about licensing and background checks, as well as the types of guns people could use.

In the wake of the Port Arthur massacre, both gun-control and pro-gun lobbyists came out in force. Those in favour of gun control used not only Port Arthur, but also mass shootings and firearm-related homicides and suicides from the two previous decades, to illustrate the need for tighter and uniform legislation across the country.

Pro-gun groups were vehemently against the limiting of firearms rights for responsible owners and disliked the implication that guns themselves, rather than their misuse by small numbers of people, were to blame for violence. 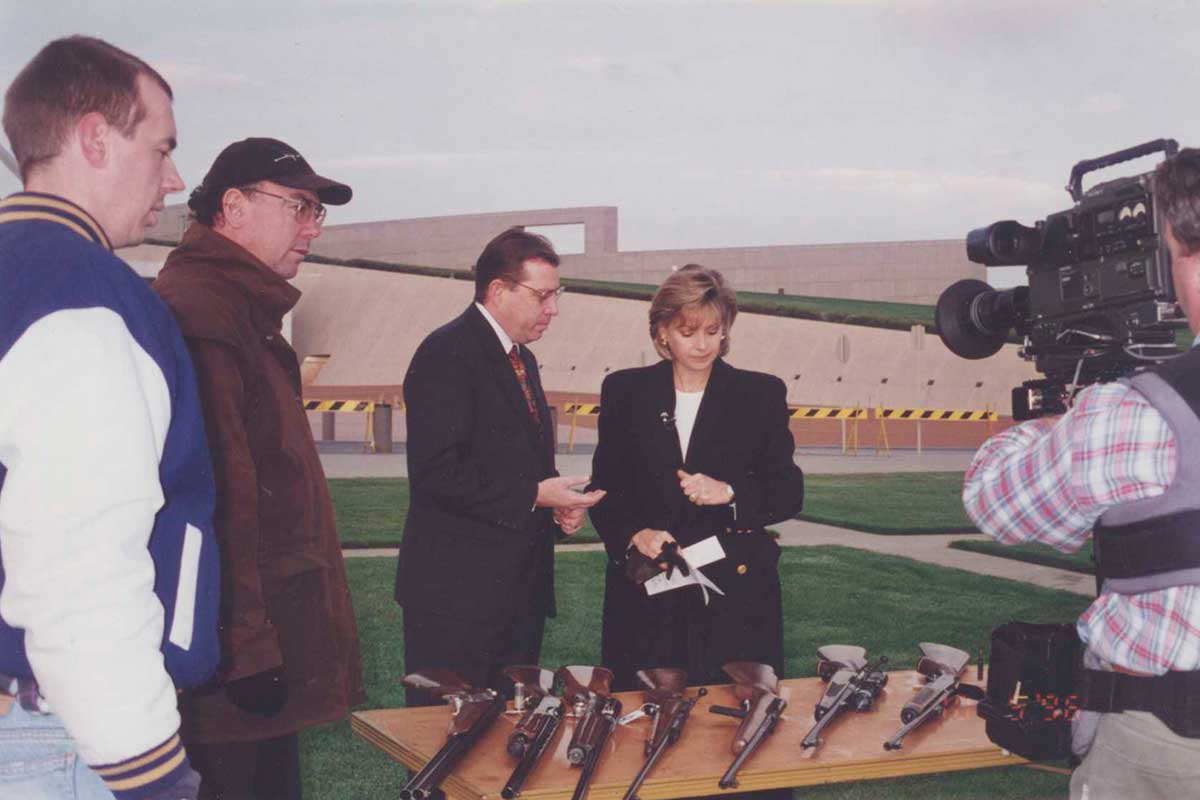 After the massacre, the recently elected Coalition federal government decided to work towards engaging the states and territories to enact identical gun laws. This move was an attempt to ensure there would never again be another event like Port Arthur in Australia.

The new legislation would involve a ban on firearms that were fully automatic, semi-automatic (such as those used at Port Arthur), pump-action and self-loading. There would also be limitations on who could legally sell or supply weapons, minimum licensing and permit requirements, and more secure storage rules.

A mandatory ‘cooling-off’ period of 28 days before being granted a gun licence was implemented, as were the introduction of compulsory safety courses and the need to supply a ‘genuine reason’ for owning a firearm that could not include self-defence.

These measures were unpopular with many conservative state governments and were opposed by gun-owners, a large number of whom had voted for the Coalition due to its previous support of the gun lobby.

Prime Minister John Howard was publicly upbraided at pro-gun rallies across the country (especially when he appeared in Victoria in a bulletproof vest) and was seen by many conservatives to be bullying state governments into changing their laws. Others in the community, especially gun-control groups, were supportive of Howard’s decisive approach and his refusal to back down on the issue.

Over a tumultuous four months, Howard and his government convinced all states and territories to change their gun legislation to comply with the 1996 National Firearms Agreement.

A gun buyback and amnesty was initiated that allowed people to surrender newly banned weapons without legal consequences, with some people receiving payment funded by a Medicare levy as compensation.

During the buyback, more than 700,000 firearms (both banned and legal) were surrendered to the police and destroyed. This represented a third of the guns that were estimated to be in the country at the time.

There have been no mass shootings in Australia since the terrible events of Port Arthur. The homicide rate involving firearms has greatly decreased, leading to a reduction in the number of homicide deaths in Australia overall. Gun-related suicide rates have also decreased since the 1996 legislative changes.

Philip Alpers, ‘The big melt: How one democracy changed after scrapping a third of its firearms’, in Reducing Gun Violence in America: Informing Policy with Evidence and Analysis, Daniel Webster and Jon Vernick (eds), The Johns Hopkins University Press, Baltimore, 2013.