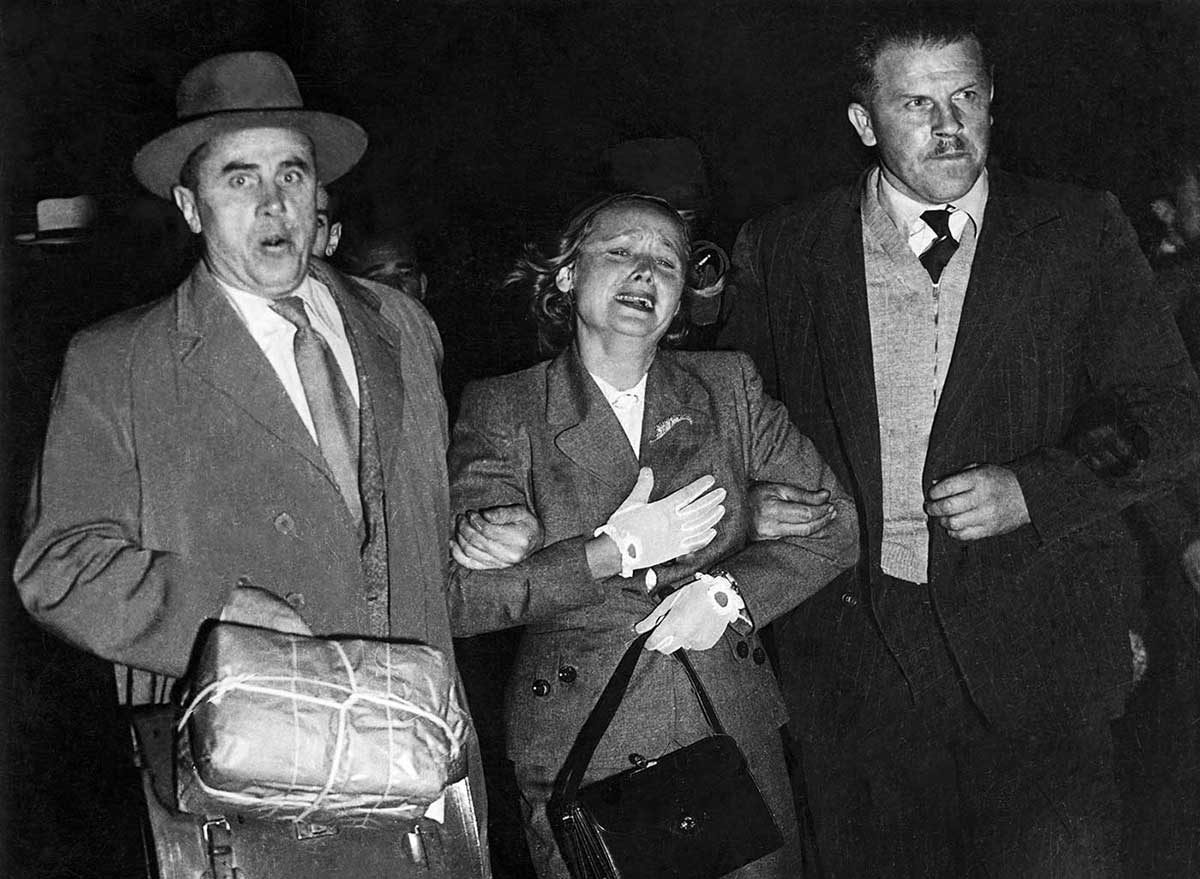 Evdokia Petrov being 'escorted' across the tarmac at Mascot Airport, Sydney

In April 1954 Vladimir and Evdokia Petrov, Soviet spies who were masquerading as diplomats in Canberra, defected to Australia.

The defection and the information that the Petrovs passed onto Australian authorities had global implications, through the identification of spy networks around the world. It affected the balance of political power in Australia for decades after the event.

… one of the strangest and most consequential chapters in Australian political history.

The Cold War was an intense rivalry that developed between the United States of America and its allies (including Australia) and the Soviet Union and its satellite states in the aftermath of the Second World War. It was a clash between democratic capitalism and single-party communism and much of the world lined up with these two camps.

Small wars were fought around the globe and the major powers stockpiled armaments Including nuclear weapons in anticipation of a much larger conflict.

Spying was a key element for both camps in gaining information about their enemy’s military and economic capabilities and social and political stability. 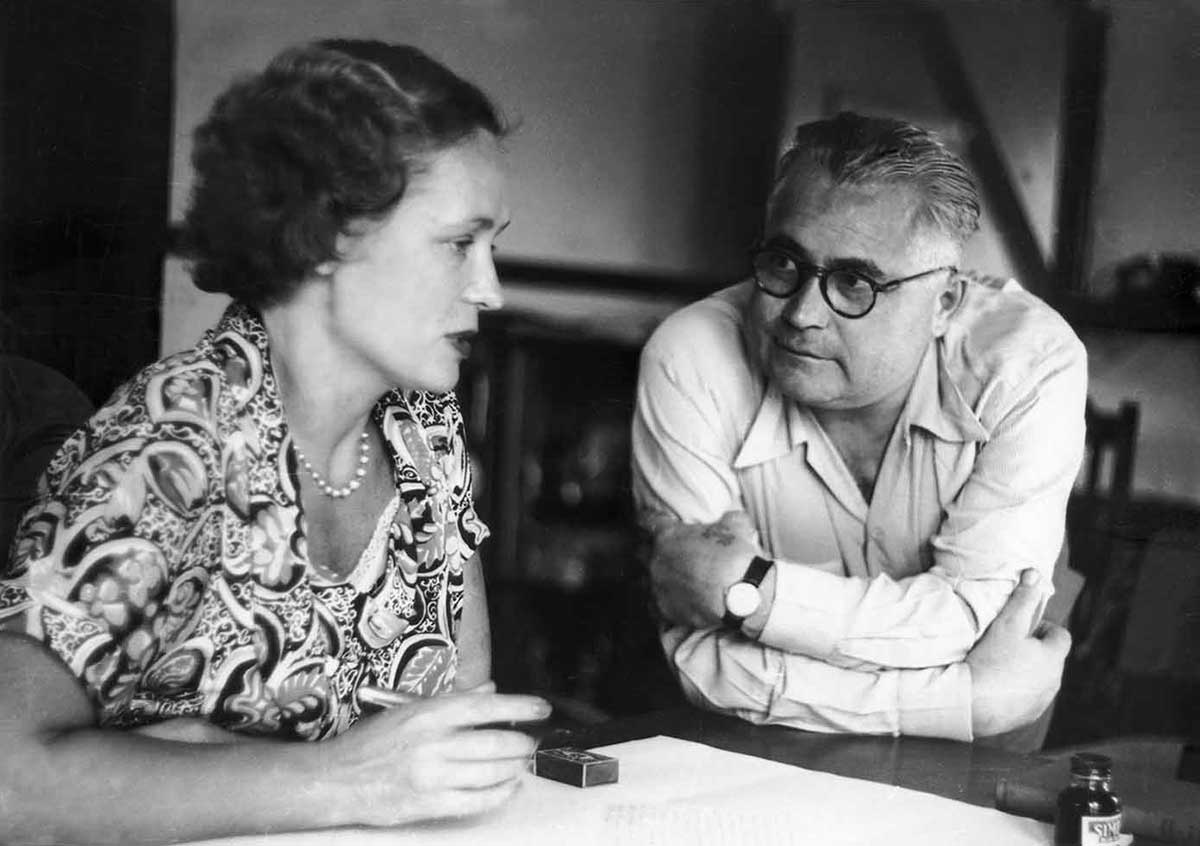 The Petrovs and the KGB

Vladimir and Evdokia Petrov arrived in Australia in 1951. On paper, both were diplomats at the Soviet embassy in Canberra. In fact each had spent almost 20 years in the Soviet intelligence and state security organisations.

Vladimir was a lieutenant colonel and Evdokia a captain with the KGB (the Soviet secret service). Vladimir was responsible for decoding instructions from Moscow and for setting up a network of Soviet spies within Australia. Evdokia performed code and cypher work.

The Soviet dictator, Joseph Stalin, died in March 1953. In the political chaos that ensued, Lavrentiy Beria, the head of the secret police and a close ally of Stalin, was arrested and executed.

The Petrovs were accused of being Beria supporters. In addition, their performance, especially Vladimir’s inability to establish an Australian spy network, was fiercely questioned by Moscow.

These two issues placed the Petrovs in a precarious situation. If they were to return to the Soviet Union, they could be jailed or executed.

The Australian Security Intelligence Organisation (ASIO) was aware of the Petrovs' activities and assigned the Polish émigré Dr Michael Bialoguski to befriend Vladimir and convince him to defect to Australia.

Petrov and Bialoguski spent considerable time together in Sydney in bars around Kings Cross.

In early 1954 Vladimir decided he would defect. He did not inform his wife. Vladimir Petrov contacted ASIO through Bialguski and the Deputy Director Ron Richards spent six weeks negotiating the details of the move, especially the secret papers Petrov would bring with him.

On 3 April 1954 Petrov defected and was immediately taken to a safe house on Sydney’s North Shore. Nine days later, on the last day before parliament rose for the 1954 election, Prime Minister Robert Menzies announced the defection and called for a royal commission to inquire into and report on Soviet espionage in Australia. 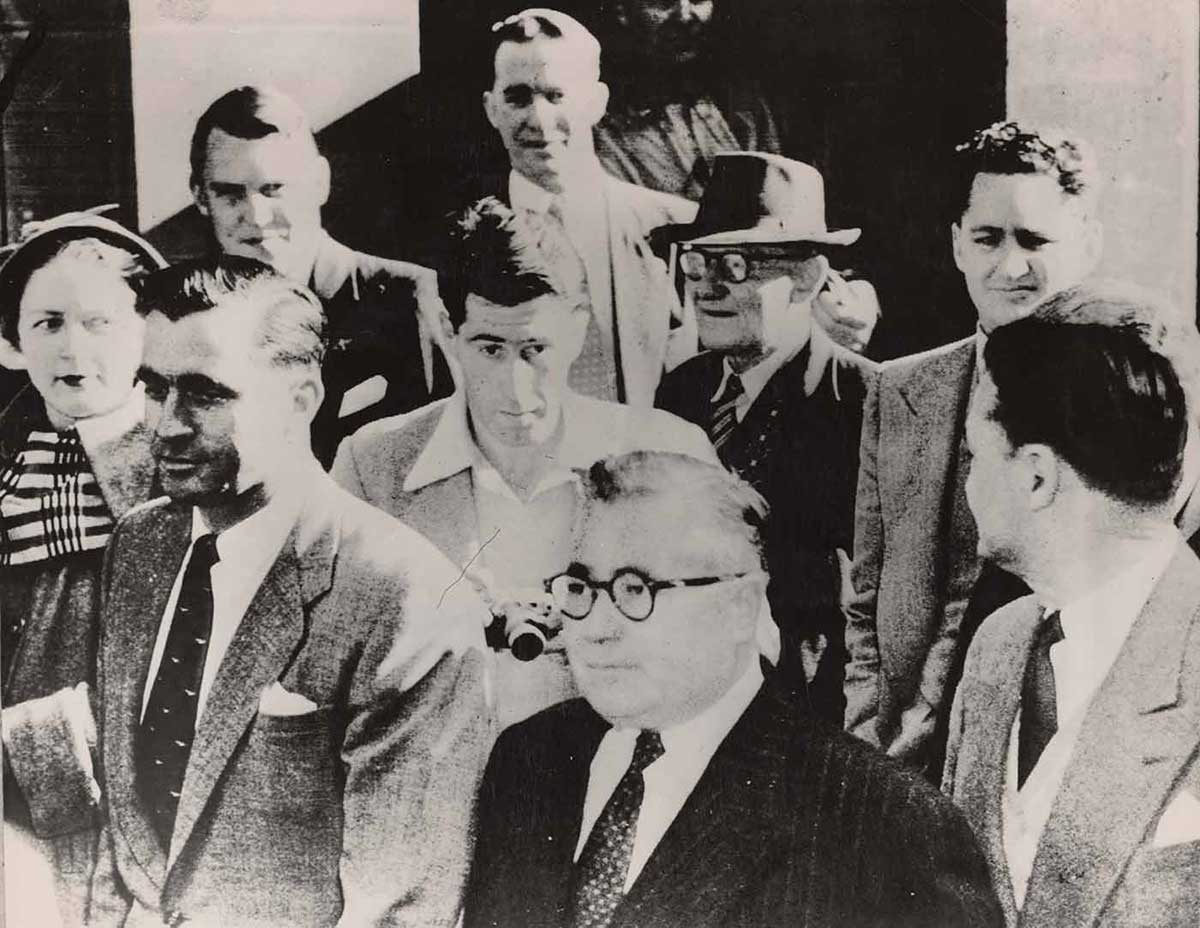 Two couriers were sent from Moscow to escort Evdokia back to the Soviet Union. By mid-April 1957 they had arrived but news of Evdokia’s return to Russia had spread through Australia’s anti-communist eastern European community.

When they learned of her departure date, hundreds of people went to Mascot airport in Sydney to protest what they considered to be her forced removal. When the crowd saw Evdokia being led away by two burly guards, it surged towards her and tried to rescue her.

Evdokia probably believed the Soviet account that her husband had been kidnapped, but the crowd saw the situation as a struggle between good and evil. Eventually Evdokia and the guards were able to board the plane.

ASIO, however, radioed the pilot and made arrangements for agents to contact Evdokia in Darwin. There she was physically separated from her escorts and asked if she wanted to stay in Australia.

She was conflicted because she knew that if she stayed her family in Russia would be in danger. She spoke to her husband by phone and, at the last moment before the plane was scheduled to take off, decided she would remain.

The Petrovs remained in Australia, were given new identities and lived out quiet lives in a Melbourne suburb. Vladimir died in 1991 and Evdokia in 2002.

In the May 1954 federal election the Labor Party won the majority of votes but the Liberal/Country Party coalition gained seven more seats than the opposition.

Three members of Labor leader HV Evatt’s staff were named in the Petrov papers as Soviet sources of information. Evatt became convinced that the Menzies government had orchestrated the defection and planted the incriminating documents in the papers for political purposes.

Evatt took his case before the Royal Commission where he made a series of extraordinary outbursts around these claims. As a result, the commissioners withdrew Evatt’s leave to appear before the inquiry.

The election loss, differing attitudes towards communism and the tension generated by Evatt’s conspiracy theories led to the split of the Australian Labor Party and the formation of the Democratic Labor Party in 1955. This splitting of Labor’s power greatly assisted the Liberal/Country Party coalition to remain in power until 1972.