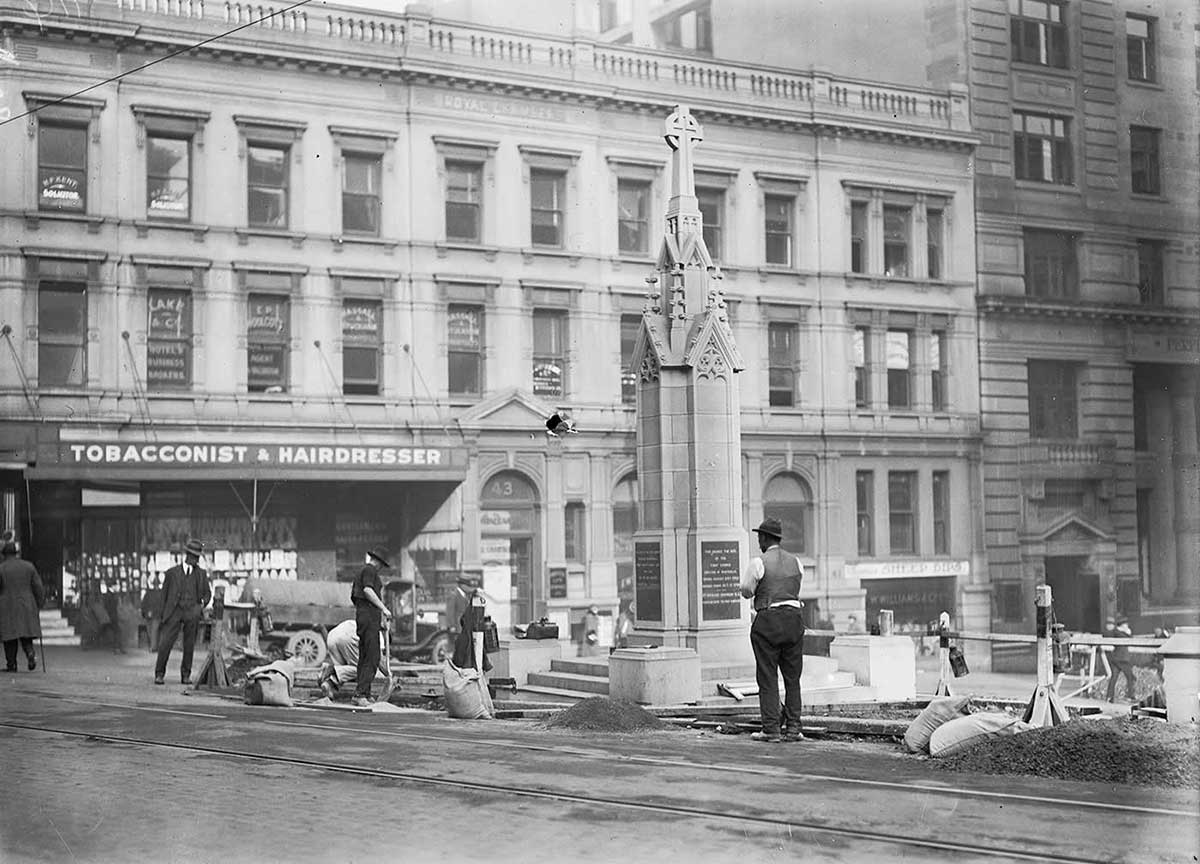 St Philip's Monument memorial to the first church in Sydney

The Church Act reduced tensions between the competing strands of Christianity present in the colony of New South Wales.

The Act established equitable funding for Catholic and Protestant denominations, and removed many of the privileges that the Church of England had enjoyed in the colony to date.

WHEREAS for the advancement of the Christian Religion and the promotion of good morals in the Colony of New South Wales it is expedient to encourage the observance of Public Worship and for this purpose to authorize the issue from the Revenue of the said Colony of sums to be applied in aid of the building of Churches and Chapels and of the maintenance of Ministers of Religion.

History of sectarianism in Britain

The hostility between Ireland and England has a long history that starts with the 12th century Anglo-Norman invasion of Ireland and the subsequent waves of English colonisation.

Protestant English and Catholic Irish relations degenerated even further during the 16th century with the Protestant Reformation and Henry VIII’s creation of the Church of England. This led to the persecution of Catholics in England and caused many to migrate to Ireland, which helped trigger the Nine Years War where Catholic Irish tried to stem the advance of English rule in Ireland.

A debilitating cycle of Irish revolt and vicious suppression by the English followed for the next 400 years.

Irish convicts were transported to the new penal colony from its outset. However, no provision for the pastoral care of Catholic convicts was made during the preparations of the First Fleet.

In 1798 a rebellion against the English broke out in Ireland. It failed and many of those convicted of playing a role were transported to New South Wales. They were the first political prisoners to arrive there.

No Catholic service was conducted in the colony until 15 May 1803. Governor King emancipated James Dixon, a priest transported because of the 1798 rebellion, and permitted him to hold Catholic services.

King was concerned that denying Catholic convicts the opportunity to practise their faith might encourage rebellion. The influential Anglican Reverend Samuel Marsden was bitterly opposed to any religious freedom being given to Catholics.

The Castle Hill uprising, also known as the Battle of Vinegar Hill, occurred on 4 March 1804.

The rebellion was an attempt by a group of Irish convicts to overthrow British rule in New South Wales and return to Ireland where they could continue to fight for an Irish republic. Ending in disaster, the ill-fated rebellion resulted in the deaths of at least 39 convicts.

Governor King revoked the liberties he had granted Catholics the previous year. Due to the fear instilled by the Castle Hill uprising, it took another 16 years for Catholic priests to receive official appointments and undertake their clerical duties.

Phillip Conolly and John Joseph Therry were the first officially sanctioned Catholic clergy to arrive in Sydney on 3 May 1820.

By the time Irish-born Governor Richard Bourke arrived in the colony in December 1831 the unease created by the Castle Hill uprising had subsided. Bourke’s reception was positive, but he found the rivalries within the colony to be bitter and complicated.

Bourke was a Whig and therefore somewhat reform-minded, while many of those in senior colonial government positions were ‘Exclusives’ (free settlers) and committed to the status quo. They resisted, for example, the extension of trial by jury because they objected to emancipated convicts being jurors.

According to the Australian Dictionary of Biography, Bourke’s support for religious tolerance was forged by his experience of sectarianism in Ireland. The Attorney-General John Plunkett had similar views to Bourke, and he considered the Church Act to be one of his key achievements.

The Church Act was approved by the Colonial Office in 1836 and passed by the NSW Legislative Council in July of that year.

The Act provided funding to the Catholic, Church of England and Presbyterian churches to employ clergy and erect churches. The amount for each denomination was determined by the number of their adherents.

As such, it removed many of the privileges that the Church of England had enjoyed in the colony to date, and placed Catholics and Anglicans on an equal basis.

The Act was later to extend to the Methodists, which found some common ground with the Presbyterians in its opposition to the power of the Church of England. 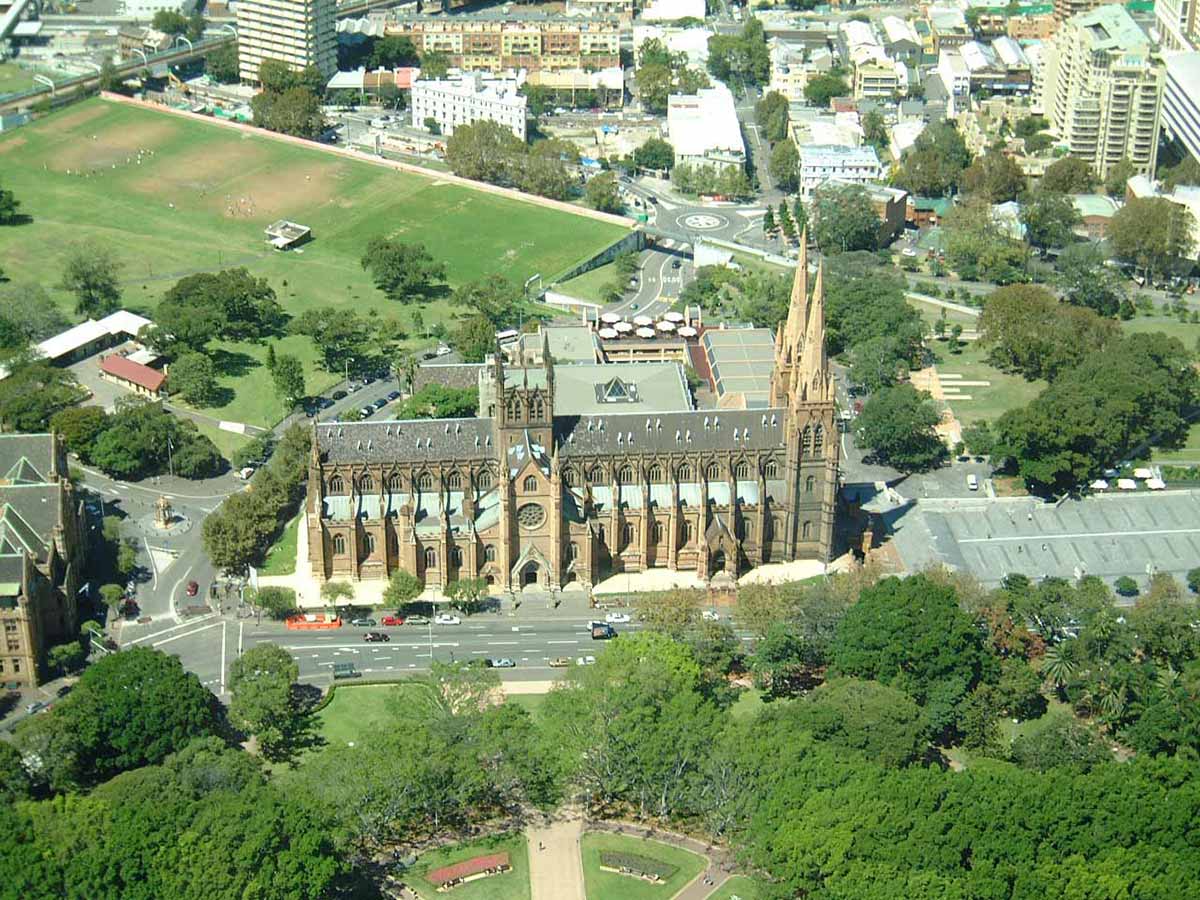 Church Act as a Defining Moment

The Act did help to reduce the tension between the four competing strands of Christianity. Although the Anglicans, being the most numerous, benefited the most, the number of churches and clergy of all denominations substantially increased and kept pace with the rising population. Importantly, the Act represented government support for religious pluralism that has remained.

The Church Act did not stop religious sectarianism in other spheres. The arrival of many Irish migrants escaping the potato famine set off a new round of bigotry. Religion became a hotly debated topic in the New South Wales elections of 1843, which led to St Patrick’s Day and Orange Day becoming important dates.

From this sprang a host of either Catholic-only or Protestant-only organisations designed to support the members of each faith exclusively. Sectarianism extended into some workplaces, into education and into relationships, with a strong social injunction not to marry outside of one’s faith.

Edmund Campion, Australian Catholics: The Contribution of Catholics to the Development of Australian Society, Viking, Collingwood, 1987.