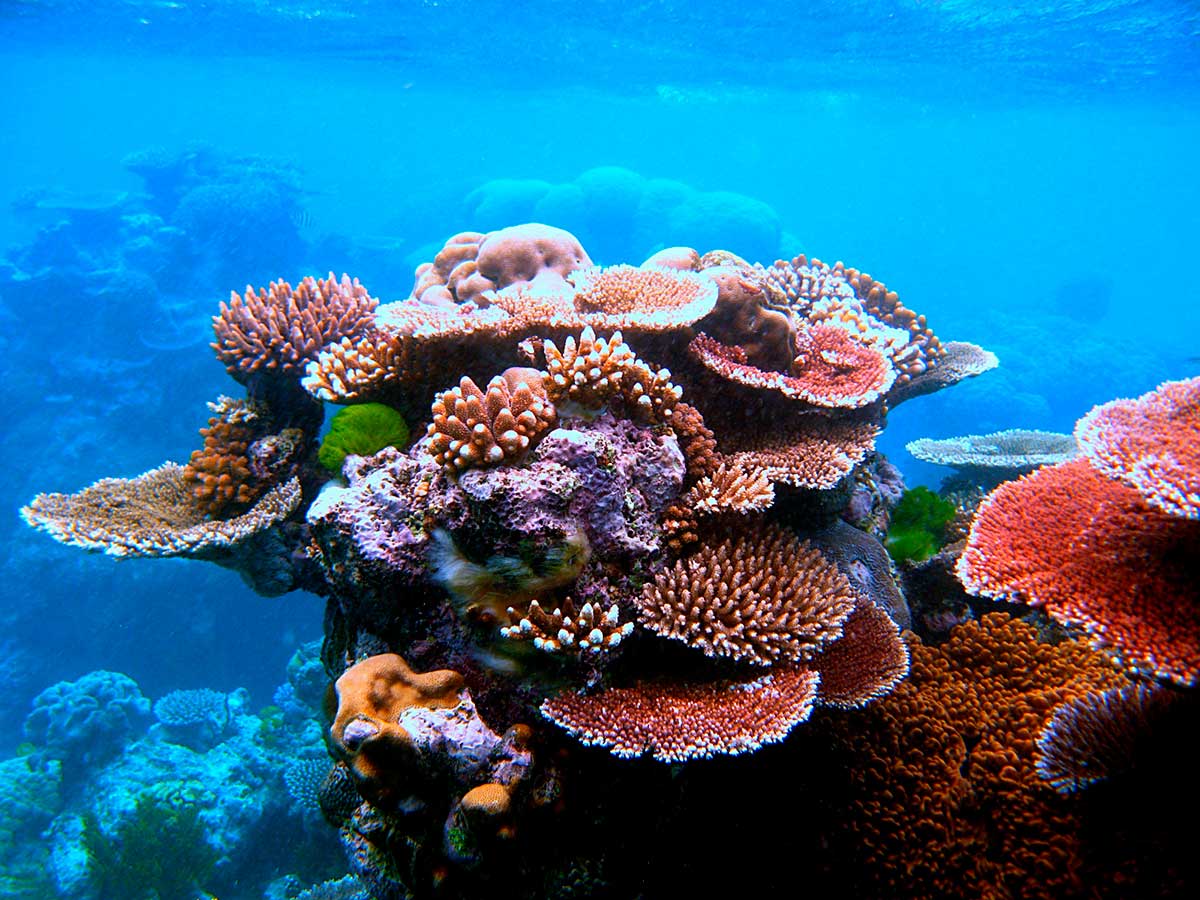 The Great Barrier Reef Marine Park was created by the Australian Government in 1975 to save the reef from oil drilling and mineral extraction while permitting other activities like fishing and tourism in specified areas.

However great may be the royalties the Government is expecting from offshore oil discoveries, they cannot counterbalance the dangers that lie ahead for the reef, and the aesthetic, scientific and economic losses we may suffer from its mishandling.

At 2300 kilometres long and with an area of 344,400 square kilometres, it comprises about 600 islands and 3,000 coral reefs and is home to one-third of all the world’s soft coral species.

Aboriginal and Torres Strait Islander people have a long and continuing relationship with the Great Barrier Reef and its natural resources.

There are more than 70 traditional owner groups along the coast from Bundaberg to the eastern Torres Strait Islands.

Conservation becomes a cause

The 1960s saw growing international concern over the impact of human activity on the natural environment.

Conservation societies emerged in many parts of the world to advocate for the environment, including in Australia.

There were two main Queensland-based societies that focussed on protecting the Great Barrier Reef. The Wildlife Preservation Society of Queensland (WPSQ), established in 1962, and the Queensland Littoral Society (later renamed the Australian Marine Conservation Society), formed in 1965.

From 1966 sections of the tourism industry also began to call for the creation of a marine park on the reef. They appreciated the unique appeal of the reef to visitors. 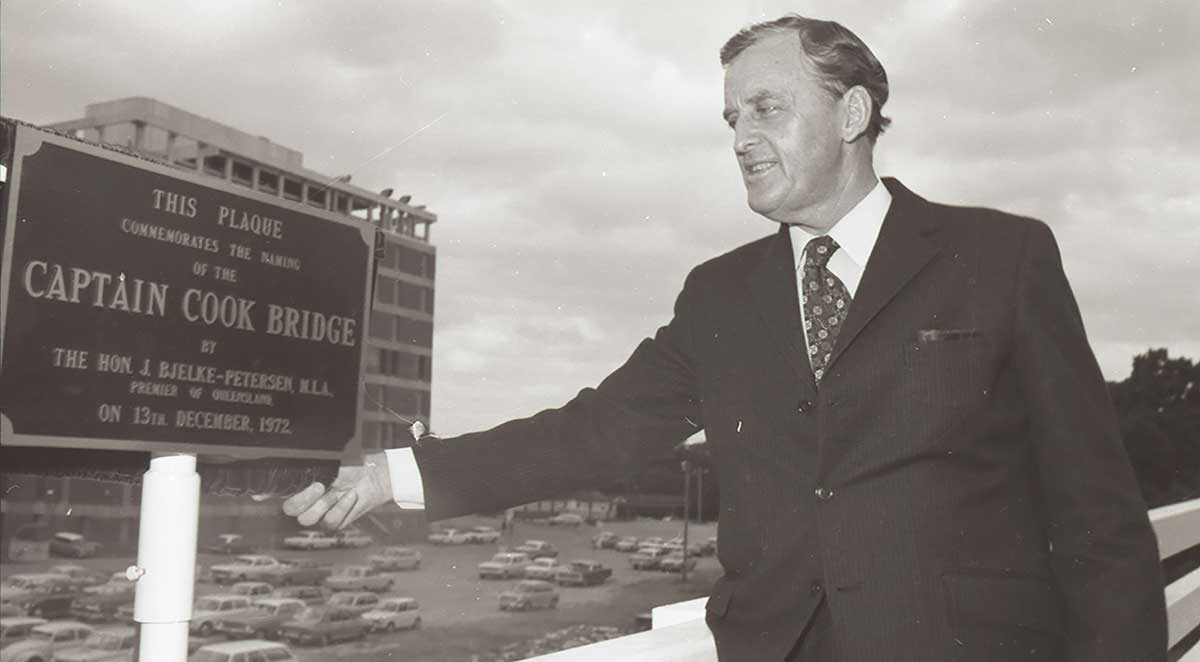 In 1967 Donald Forbes, Secretary of the Cairns District Cane Growers’ Executive, applied for a lease to mine coral for agricultural lime on Ellison Reef.

Forbes made the application on the basis that Ellison Reef was of no importance because its coral was ‘dead’ following a cyclone.

Seeing this application as a test case for widespread mining on the reef, John Büsst and Judith Wright of the WPSQ together with the Queensland Littoral Society, opposed the mining proposal through the Innisfail Mining Warden’s Court.

In December 1967 they succeeded in convincing the Warden to reject the application. Their call for a moratorium on mining on the reef was supported personally by Büsst’s diving friend, the then prime minister Harold Holt.

Conservation societies soon realised they did not have the resources to fight every mining application through the courts. So after their Innisfail success they launched a state-wide ‘Save the Reef’ campaign calling on the Australian Government to take control of the area and to declare a marine park.

Australia’s petroleum industry began with the discovery of offshore gas and oil fields in Bass Strait between 1965 and 1967.

Under the leadership of Joh Bjelke-Petersen (Queensland Premier 1968–87), the Queensland Government was resolutely pro-development and determined to establish an offshore petroleum industry.

In 1968 it opened up the entire Queensland coastline to oil exploration. By 1970 six exploration holes had been drilled by different companies in the reef area.

The pivotal moment for conservationists came when an Australian–Japanese joint venture, Japex Ltd, announced that it would bring a large drilling rig, Navigator, to start drilling in February 1970 at Repulse Bay, south of the Whitsunday Passage.

On 21 January 1970 the Queensland Trades and Labour Council threw its support behind the reef campaign by approving black bans on all mining and drilling activities on the reef. Black bans meant that no services or goods necessary for an activity to continue would be provided by trade unionists.

Public opinion against mining on the reef intensified after a series of international disasters involving oil tankers.

These included the 1967 spill from the Torrey Canyon in the English Channel; an oil well blow-out off the coast of Santa Barbara, California in January 1969; and the running aground of the oil tanker Oceanic Grandeur in the Torres Strait in March 1970.

In January 1969 the Queensland and Australian Governments established a joint enquiry to look at the ‘possibility’ of oil drilling causing damage to the reef.

In March 1970 the Australian Government upgraded the inquiry to the Royal Commission into Exploratory and Production Drilling for Petroleum in the Area of the Great Barrier Reef.

The Royal Commission took four years to complete its investigations.

Prime minister John Gorton expressed his personal support for a moratorium on mining the Reef.

However a lack of clarity about state–federal jurisdiction over offshore resources meant he was reluctant to override the petroleum exploration leases the Queensland Government had already issued.

Opposition leader Gough Whitlam believed the federal government already had the constitutional right to protect the reef. When Whitlam's Labor government was elected on 5 December 1972, it moved quickly to enact the Sea and Submerged Lands Act 1973.

This legislation provided the federal government sovereignty over territorial seas and resources to the extent of the continental shelf (this was subsequently repealed by the Coastal Waters (State Powers) Act in 1980).

In November 1974 prime minister Whitlam announced that the Australian Government would create a marine park to protect the reef from oil drilling.

We will take this action to protect an irreplaceable part of Australia’s natural heritage … We will preserve it both for its intrinsic value and its importance to the tourist industry.

The Act also established a statutory authority, the Great Barrier Reef Marine Park Authority, to administer the park cooperatively with the Queensland Government.

In 1979 the first part of the Marine Park – the Capricornia Section – was proclaimed. It covered 12,000 square kilometres. More sections were added between 1975 and 2001.

Today the marine park comprises an area of 344,000 square kilometres in which coral reefs make up about seven per cent of the area. The park’s other ecosystems include shallow seagrass, mangroves, sand, and algal and sponge gardens. Areas within the park are zoned for certain activities and some are open to general use.

In 1981 the Great Barrier Reef was inscribed on the World Heritage List as one of the richest, most significant and complex natural ecosystems on Earth, and an area of ‘superlative natural beauty’.

Stag's Horn Reef North QueenslandA glossy black and white photographic reproduction with a caption that reads "Stag's Horn Reef Nth QLD". On the reverse there is printed information describing and acknowledging the source of the photograph. No. 82 in set of 100. "Albums for these picture cards can be obtained at 1/6 each through all tobacconists"

Who was Judith Wright?, Arts Queensland