The Zilm family furniture collection of four hand-crafted wooden armchairs, a stool and a side table was made and used by a 19th-century immigrant German family in South Australia.

The chairs and stool were hand-carved and constructed from Australian red gum and other eucalypts in the 1890s by Johann Friedrich Wilhelm Zilm, known as Wilhelm.

The Zilms were among the first families of German migrants to arrive in Australia, after leaving a village near Brandenburg, in what was then Prussia.

The collection also includes a side table, which has a decorative design painted around a central drafts or checkerboard, thought to have been purchased or acquired by the family during the early 20th century.

The furniture remained in the Zilm family until the 1970s and was purchased by the National Museum of Australia in 2011.

The Zilm family furniture collection shows the cultural impact of the first European settlement of the Barossa Valley and the northern frontier of South Australia. In relatively isolated conditions, traditional cultural practices and craft, such as carpentry and woodworking, were maintained and adapted.

Some German migrants brought with them skills as cabinetmakers and carpenters and others were poor and out of necessity developed make-do woodcraft or bushcraft skills drawn from German folk traditions.

This collection is a rare example of this cross-cultural innovation. While it is likely that the Zilms arrived in Australian with basic woodworking skills, their membership of the close-knit German settlement brought them in close contact with skilled tradesmen.

The combination of close contact with professionals, formal apprenticeships and sheer necessity enabled traditional German woodworking skills to be passed on to successive generations of Zilms, who became especially adept as farmer-craftsmen.

The Zilm family arrived in Australia at the beginning of a period of large-scale German immigration to Australia. This extended Lutheran family had fled their native Goltzen, a village in Brandenburg (a province then the centre of the Kingdom of Prussia) after religious persecution from Prussian authorities under King Frederick William III.

Along with about 50 other German families, the Zilms settled in the Mount Lofty Ranges, South Australia, and were involved in the founding of the village of Hahndorf in 1839.

The two Zilm brothers and their families took up uncleared land in the Barossa Valley in about 1853 and helped found the settlement of Nain.

However, a decline in the availability of arable land and a series of droughts and crop disease during the 1860s meant the Zilm family soon had to resettle elsewhere.

In the winter of 1875 Wilhelm, Luise and their nine children left their extended family and moved north to the Booleroo Centre region where new land had opened up for settlers.

The Zilms selected 450 acres of undulating countryside covered in dense mallee and called their property 'Pantakora'. They successfully cleared the land, established a stone homestead and planted crops of wheat.

The furniture in the Zilm family collection was made by Wilhelm in 1895 and 1896 and used continuously until Wilhelm's son Paul died in 1948. On Paul's death, 'Pantakora' passed to his wife Elsie and then to his son Kenneth. The furniture remained in the house until Kenneth died in 1976 and the farm was sold. 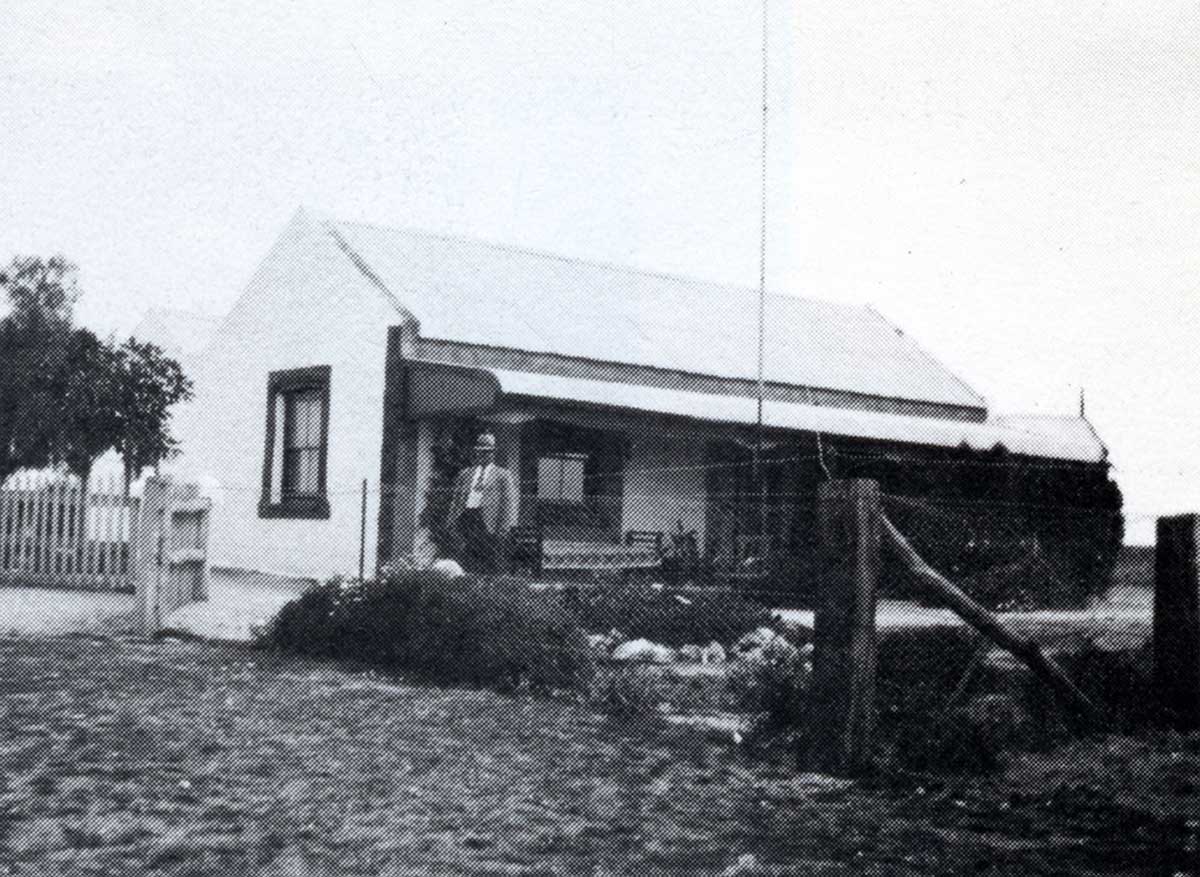 The Zilms began producing basic cottage chairs with plain arms but as time passed and the chairs were produced less for necessity and as more of a hobby, their shape evolved.

Wilhelm began to carve chairs based on a rural Windsor style with arms that were finished in such a way that they resembled human knuckles (or a closed fist) and later, outstretched open hands with four fingers and fingernails. This collection includes three of the 'knuckle' style chairs and one of the 'open-hand' style.

While there are no known precedents for the carved knuckles or hands on these chairs in Australia, Wilhelm may have drawn from the German Biedermeier tradition of the early 19th-century when zoomorphic representations such as lion claws were found on the arms and legs of refined furniture.

The Zilm furniture collection suggests some intermingling of European cultural traditions and Aboriginal culture at the Australian frontier.

Three of the chairs in the collection were originally painted yellow and one remained undecorated. Around 1910, the three yellow chairs were painted black and decorated by Wilhelm's son, Paul, using orange, red-brown and white paint and motifs such as hearts, leaves, and birds.

The decorative designs initially appear unsophisticated but a closer examination suggests that they could represent a synthesis of central European folk and Aboriginal motifs.

Similar motifs were often found on traditional German crafts and this use of folk motifs was continued in the German settlements of the Barossa Valley.

While elements of the decoration — such as the concentric circles, the outlining of the arms and back of the chairs, the dashes and dots between motifs, and the colour palette used — resemble Aboriginal motifs, it is more difficult to confirm a direct influence.

However, it is known that when the Zilm family arrived in the Booleroo region, Aboriginal tribes were living in the area relatively undisturbed by European settlement. Each year descendants of the Nugunu language group camped near Booleroo Creek, alongside the land the Zilms had settled on.

Contact between the two groups would have been likely. The youngest son, Paul, later recalled that as a child he had contact with the local tribe and, up until the 1920s, Aboriginal people frequently visited the Zilm homestead and were given clothes, food and tobacco in exchange for carrying out chores around the farm.

The tangible links between the two groups supports the possibility that elements of the furniture's design were influenced by local Aboriginal culture, body decoration or material culture

Sidetable and chairs from the Zilm family furniture collection

Armchair made by the Zilm family of Booleroo, SA, 1895A handmade painted wooden armchair, made with redgum and other eucalypt species. The chair structure features: a solid shaped seat supported by four angled square legs; a backrest with a broad and slightly curved top rail; and two curved armrests which terminate in decorative carved human knuckles (or closed fists). The leg and ...

Dr Noris Ioannou extensively researched and documented the Zilm collection in his book, The Barossa Folk: Germanic Furniture and Craft Traditions in Australia