Yoshiko Ishikawa wore this dress when she married Victor Creagh in Tokyo in 1956. Yoshiko was one of about 650 Japanese women who migrated to Australia after the Second World War as the fiancées or wives of Australian servicemen.

Life in Australia was difficult and complex for many war brides though their arrival forced a relaxation of the White Australia policy.

Japan and the Second World War

Yoshiko Ishikawa was born in Tokyo in 1932. After the bombing of Hiroshima and Nagasaki and the end of the Second World War, Yoshiko worked as a waitress at the Ebisu army camp in the Japanese capital.

There, she met Victor Creagh, a member of the Royal Australian Regiment stationed in Japan. They married in June 1956 in a small ceremony in Japan.

Yoshiko wore a cream-coloured brocade dress with metallic silver floral detailing. The long-sleeved dress is cinched at the waist, displaying a full skirt and falling just below the knee.

It is believed that Yoshiko – who also worked as a seamstress and dressmaker – made her own wedding dress.

Later in 1956, Yoshiko travelled to Brisbane on the MS Taiyuan, to be reunited with her husband in Australia.

Yoshiko accompanied Victor on various deployments, including Malaya in 1957 and 1963, and Singapore in 1970. In between deployments she lived in Brisbane and Townsville.

More than 12,000 Australian servicemen were deployed to Japan as part of the British Commonwealth Occupation Force, after Japan's defeat in the Second World War.

Acceptance did not come easily from an Australian community that still thought of Japan and the Japanese as the enemy.

Servicemen campaigned for the government to acknowledge their marriages to Japanese women and allow their wives to come to Australia. In 1952, Australian Immigration Minister Harold Holt agreed to the arrival of Japanese war brides.

The arrival of war brides including Yoshiko Ishikawa marked the first major relaxation of the White Australia policy. Although not fully abolished until 1973, amendments to the racial aspects of Australia’s immigration laws marked an important step towards a more diverse Australia.

Japanese war brides in Australia were initially granted 5-year visas and had to meet several conditions. 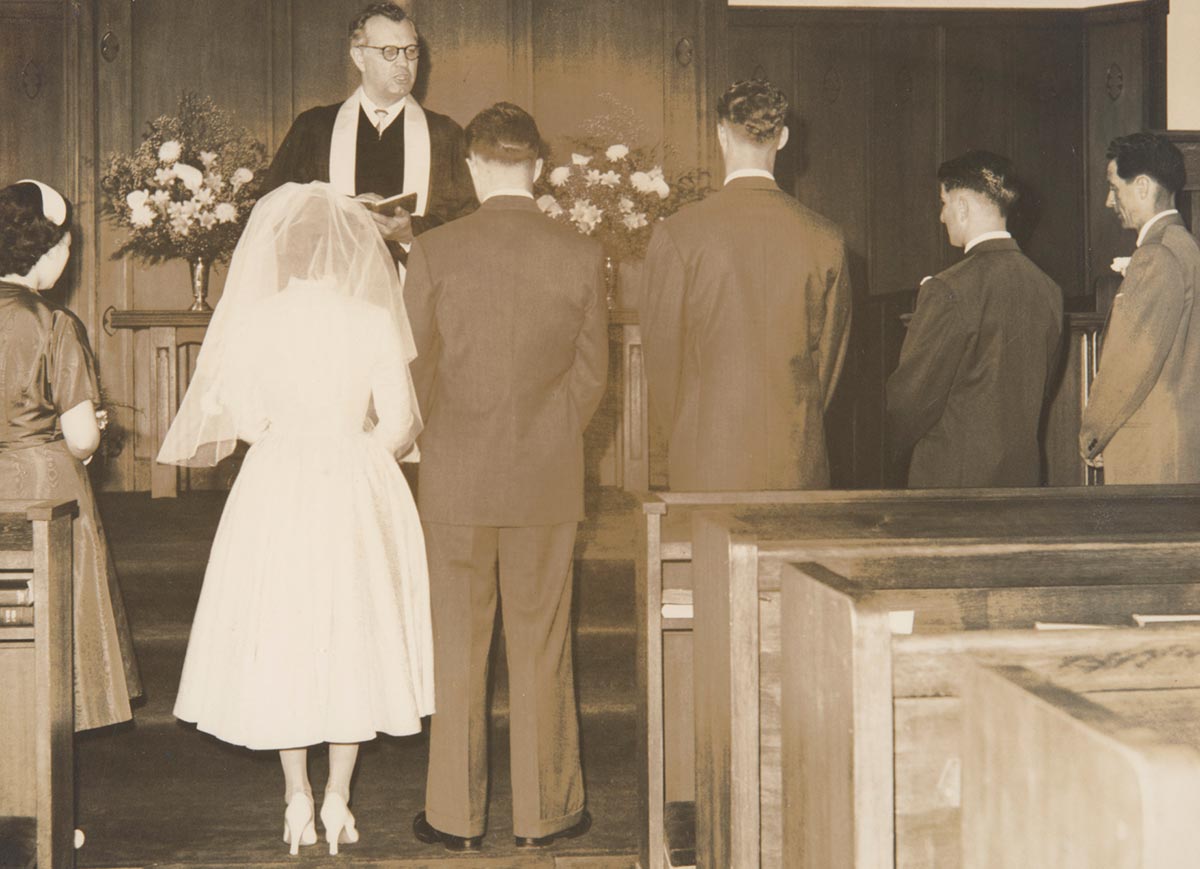 Brides also needed to supply X-rays and medical certificates and pass character and security checks, which was standard for people applying for long-term residency. They could bring their children to Australia, but not other relatives.

Many women faced hostility when they arrived. Often living in regional areas and with the difficulty of a language barrier, the experience could be very isolating and distressing.

The marriage between Yoshiko Ishikawa and Victor Creagh ended in 1974. Yoshiko remained in Australia.

She worked as a housekeeper and continued to socialise with friends, including those she met through army connections, and other Japanese war brides. Yoshiko died in 2016.

The Museum holds a range of material that belonged to Yoshiko. These objects tell the story of her marriage to Victor and migration to Australia as well as Yoshiko’s ongoing connection to Japan.